for the maison margiela artisanal show at paris couture fashion week 2017, artist benjamin shine collaborated with fashion designer john galliano to create a ghostly portrait made of tulle. taking shape on an all-white trench coat, the dark mesh material seemingly escapes from the garment, wrapping around the model’s silhouette to reveal an intricately-crafted female face. in the making of the figure, shine worked closely with galliano over several months, eventually sculpting the figure over the course of more than 300 hours. 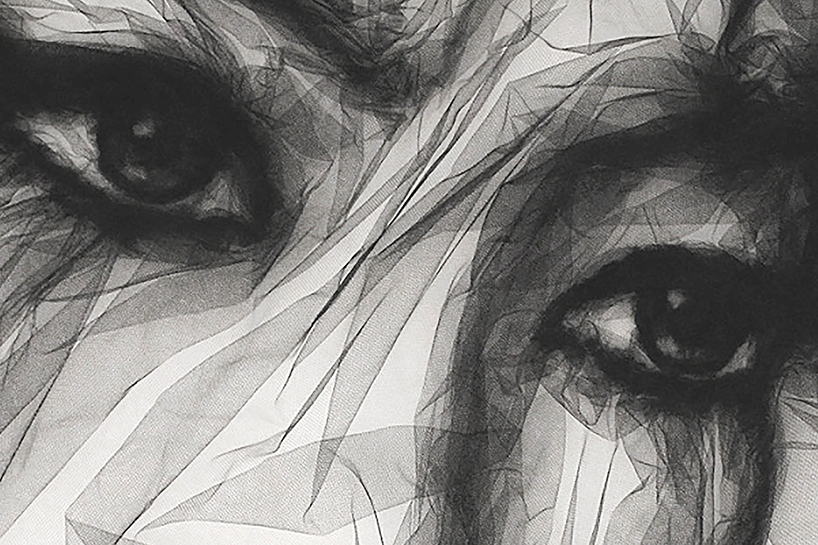 the dark mesh material seemingly escapes from the garment

shine has carefully manipulated a single piece of tulle to form a feminine face, secured in place by intricately-sewn hand-stitches. ‘I wanted to see if the face could become completely transparent, like smoke engulfing the body with the coat still visible and moving beneath it,’ shine says. ‘I particularly loved the idea of the tulle flowing from its functional role as the lining of the coat, into the ethereal image.’ this collaboration with john galliano for the maison margiela artisanal collection — as well as shine’s ongoing tulle works — draws from the notions of impermanence, energy and a fleeting moment. 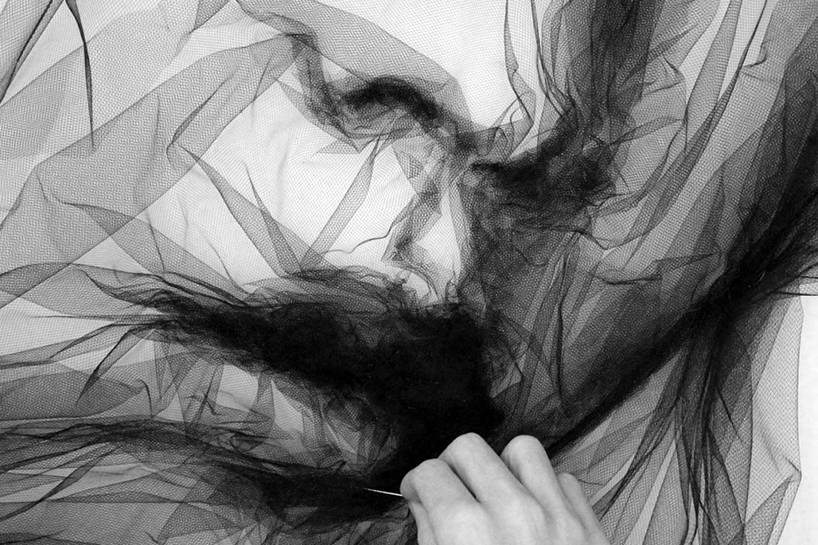 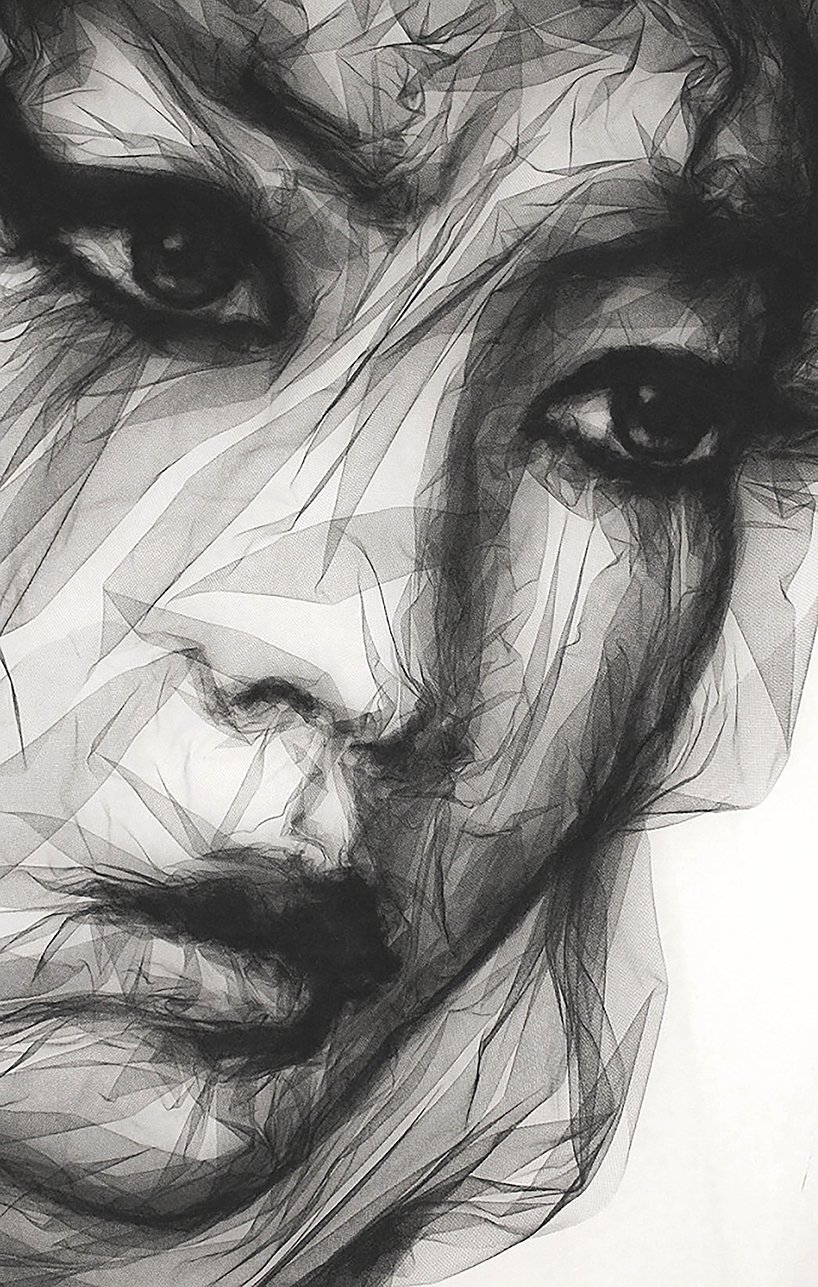 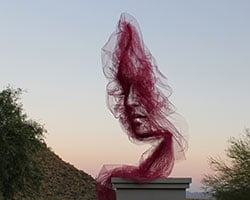 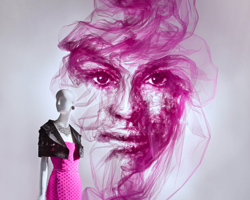 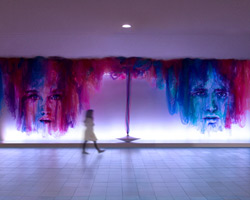 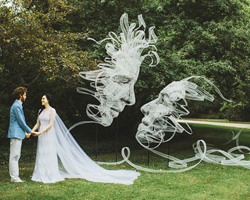