taking its visual cues from the quintessential london black cab, ‘taxi elephant’ is designed by british artist and designer benjamin shine. it is a glossy black sculpture with chrome detailing, featuring headlamps as eyes with a taxi sign on top of its head. powered by a solar-panel, the taxi sign illuminates at various times throughout the day and night. 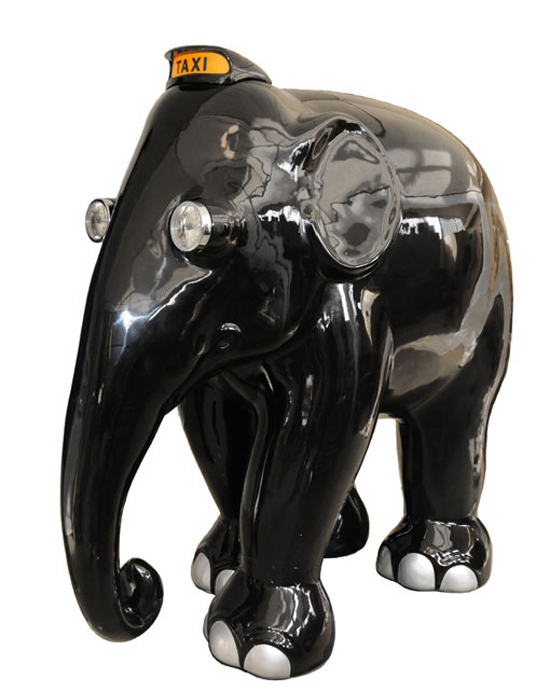 ‘taxi elephant’ was produced in the hopes to garner awareness for the charity elephant family. the design is being used for the elephant parade london 2010 to collectively raise 2 million pounds from the auction of these artistic representations of one of nature’s most endangered species. in the past century, the population of asian elephants have tumbled from 250,000 to just 25,000. continuing this trend will mean that these creatures will be extinct by 2050. 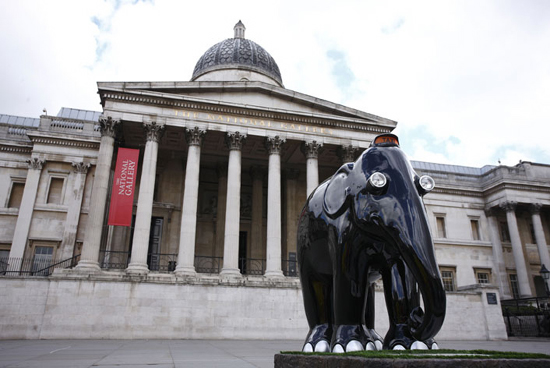 having attracted a bidding battle ahead of the auction set for the end of june, ‘taxi elephant’ has become a valuable asset to the charity and has been relocated to the royal exchange, a secure location put under the surveillance of a 24 hour guard. 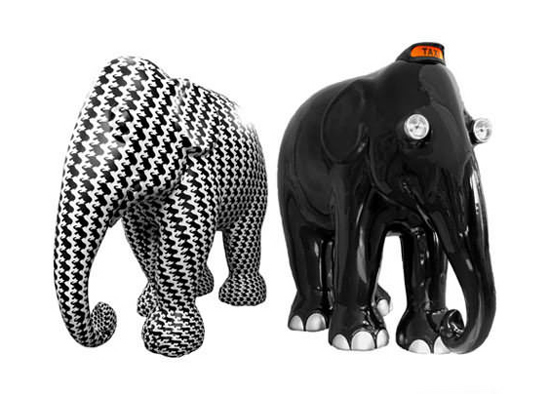 it is hoped that ‘taxi elephant’ will fetch a tidy sum towards the auction target of 2 million pounds. 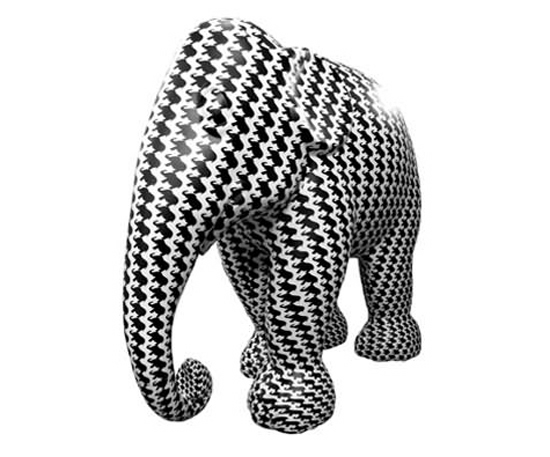 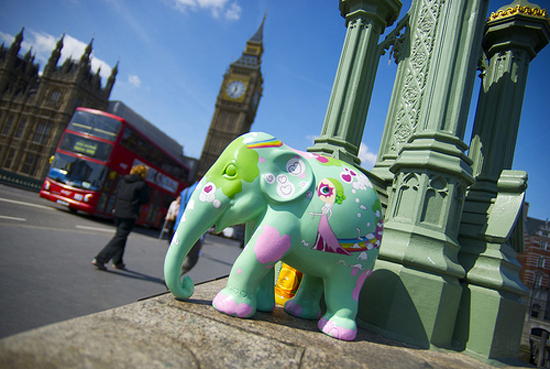 elephant parade london 2010 has a total of 260 painted elephants in locations across london. these sculptural creatures will remain for public viewing from may until july, 2010. 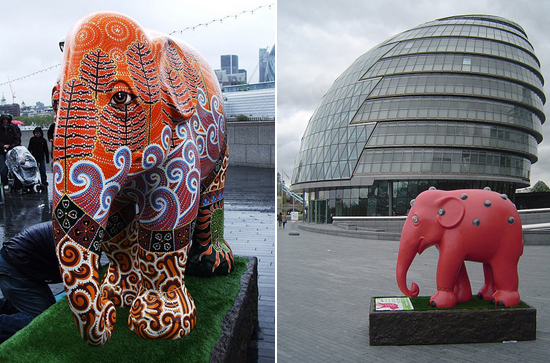 preparation of elephants for the elephant parade london 2010