berger&berger generates the austere installation ‘no tears for the creature of the night’ with influence by mid-century french literature and dutch architecture. the team is formed by a collaboration between visual artist laurent berger and his brother, architect cyrille berger. the space is organized for both the exhibition of sculpture and as an architectural translation of writer alain robbe-grillet’s 1962 work, ‘the secret room.’ the museum imagines a new variation of aldo van eyck’s plans for the 1966-designed sonsbeek pavilion, similarly expressive of rhythmic heavy stone masonry walls arranged to cinematically reveal the sculpture objects within. 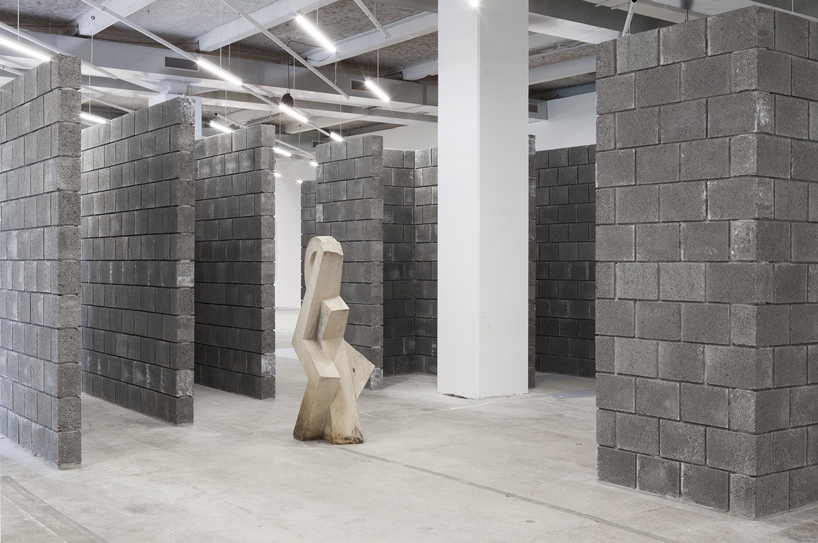 all images courtesy of berger&berger

‘no tears for the creature of the night’ was first presented at the 2017 lyon biennale by berger&berger as both a museum space and a theater space. the environment is generated as an architectural composition of walls, furniture, sculpture, light, and audience, all among a broadcasted reading of ‘the secret room,’ perceived as a walking voice to be followed throughout the layered space. alain robbe-grillet’s la chambre secrète, or ‘the secret room’ was published in 1962 in his collection of short pieces, instantanés, ‘snapshots.’ the short story, constructed in three parts, is formed by an introduction symmetrically aligned to the conclusion with a ‘circulating’ central section that disrupts the symmetry. three ‘fields’ of differing weights are both acted and revealed by the structure of the piece. 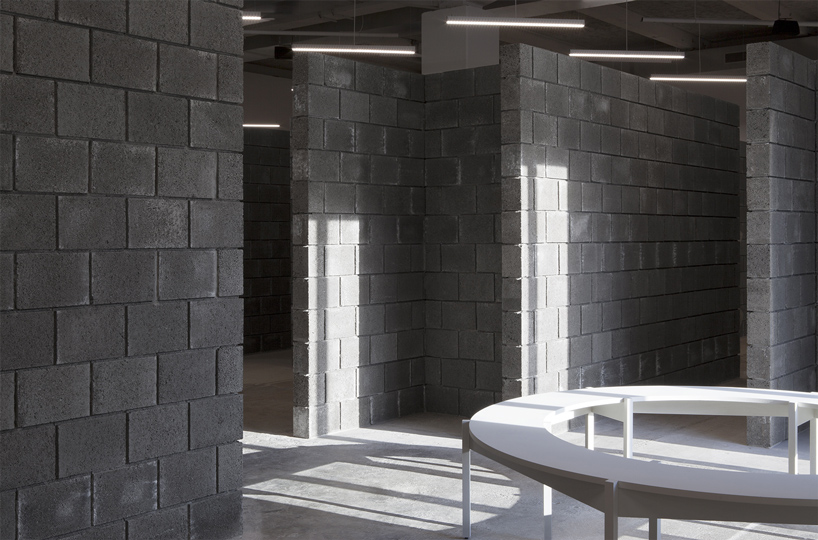 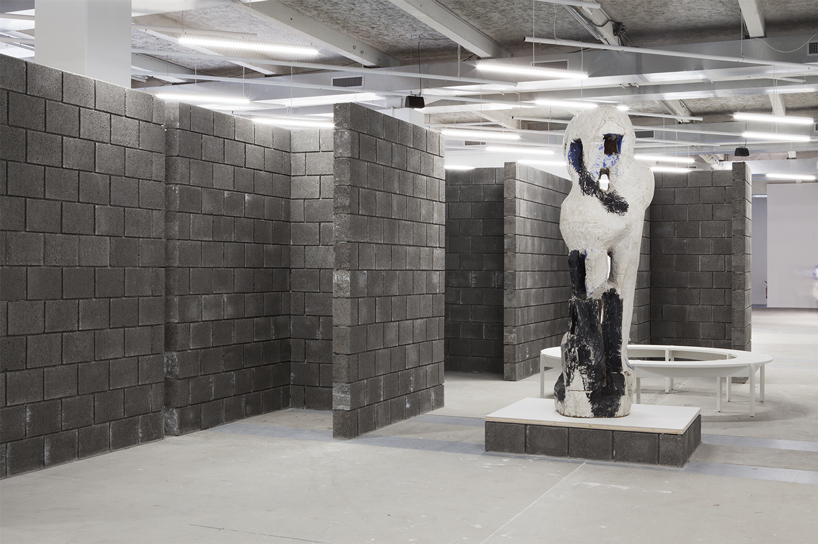 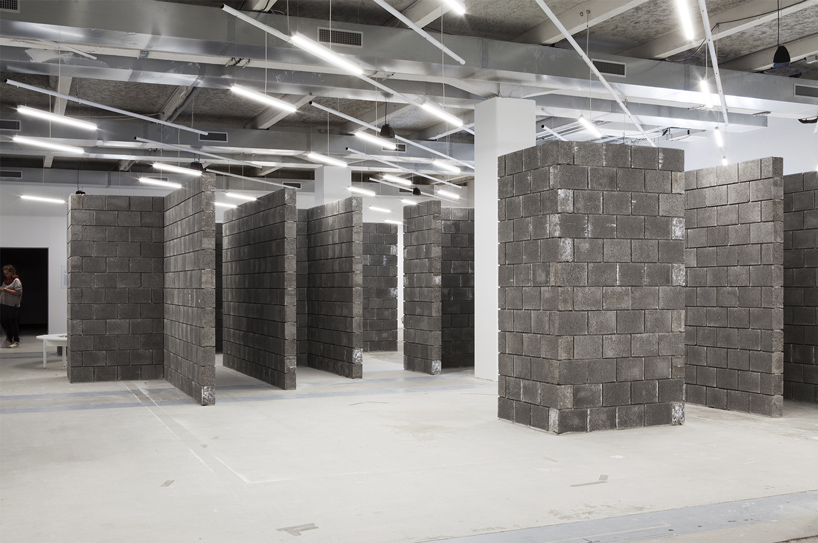 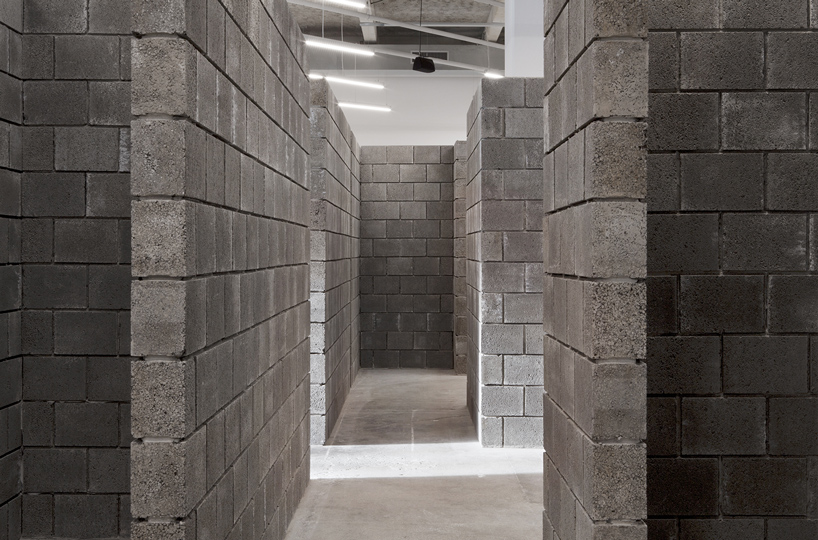 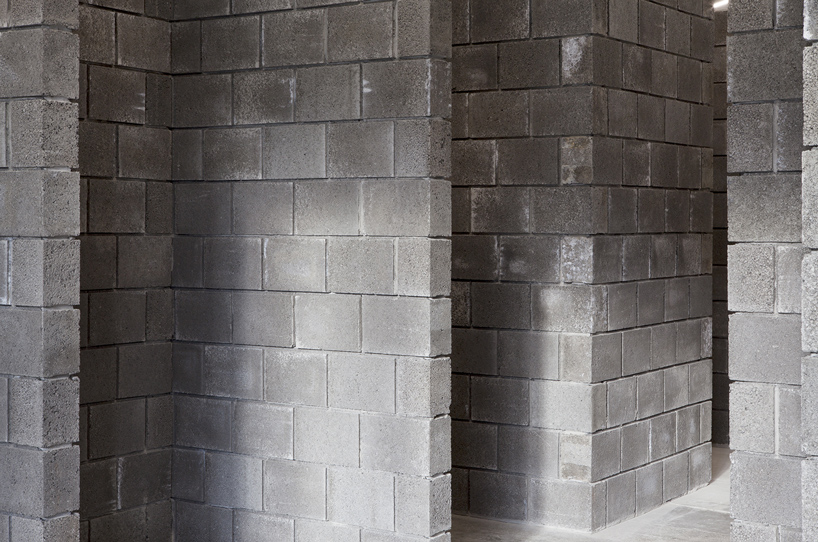 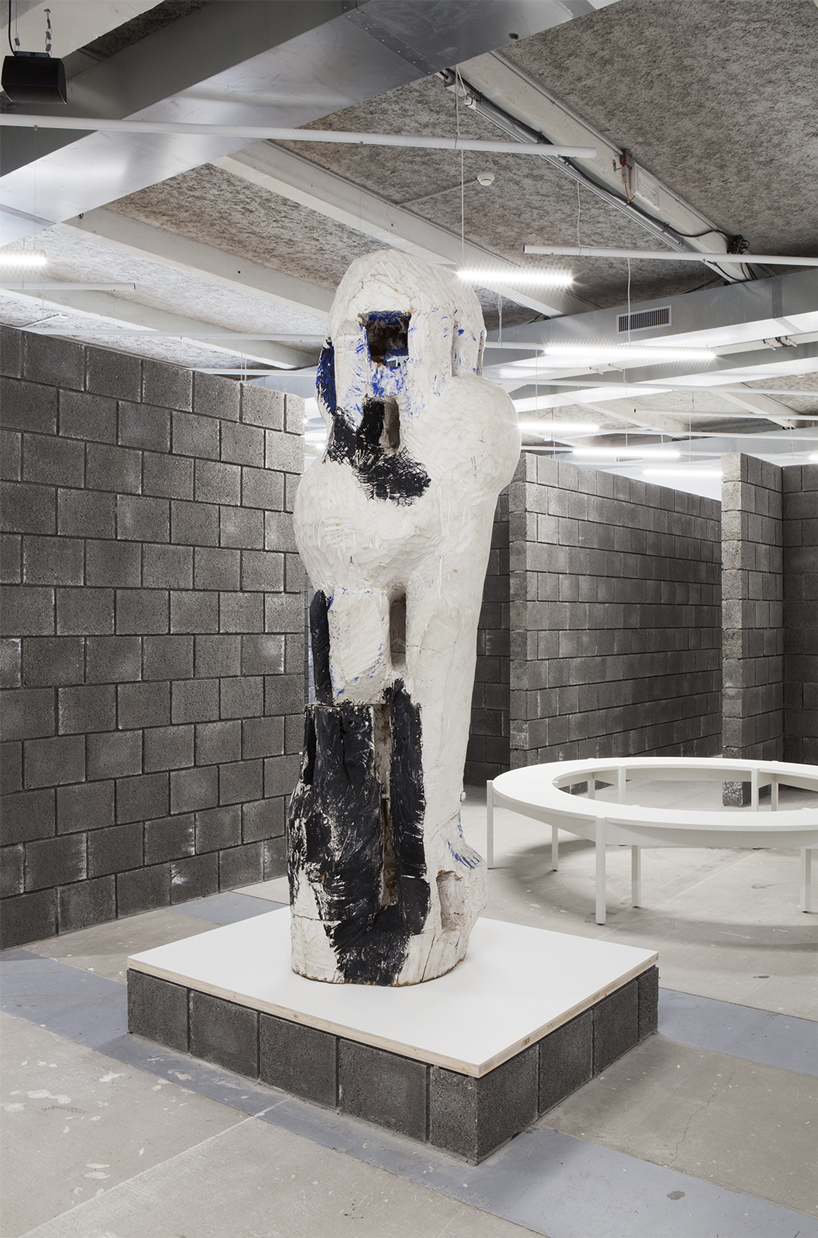 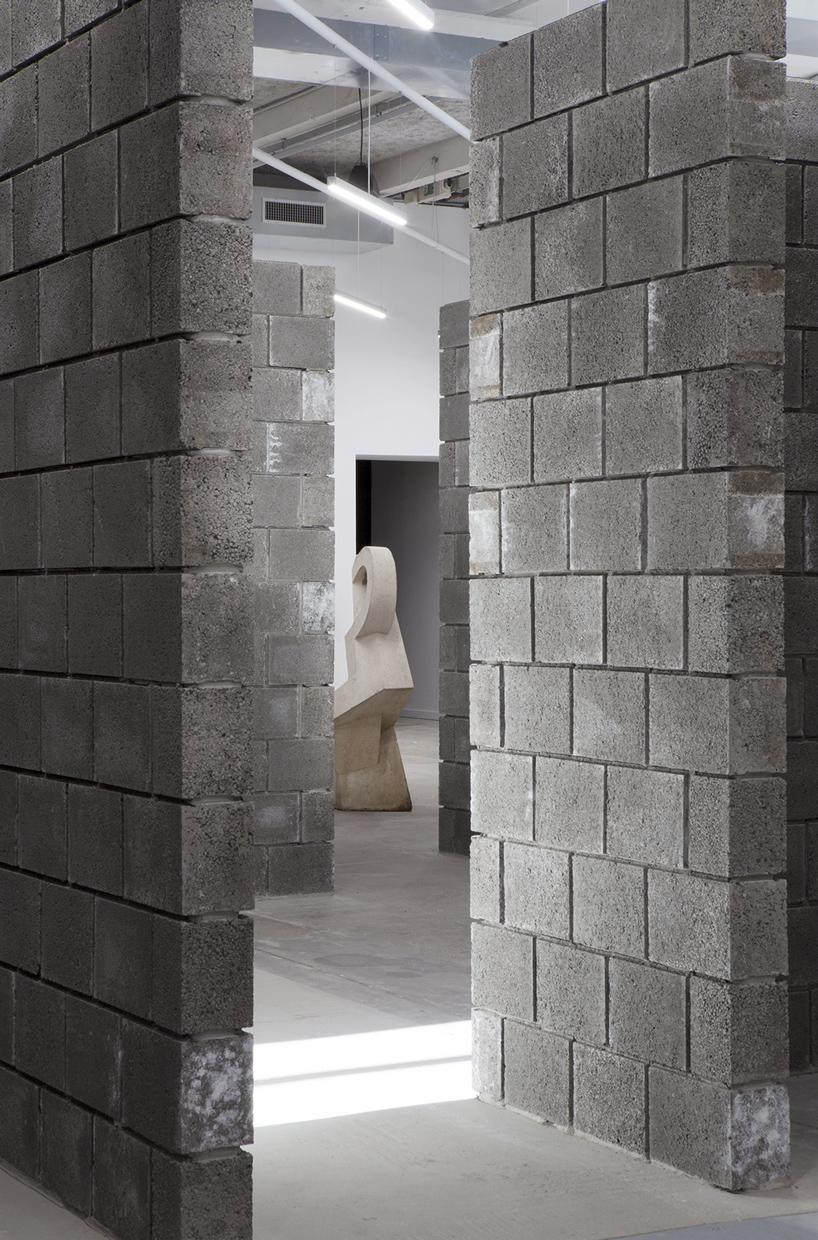 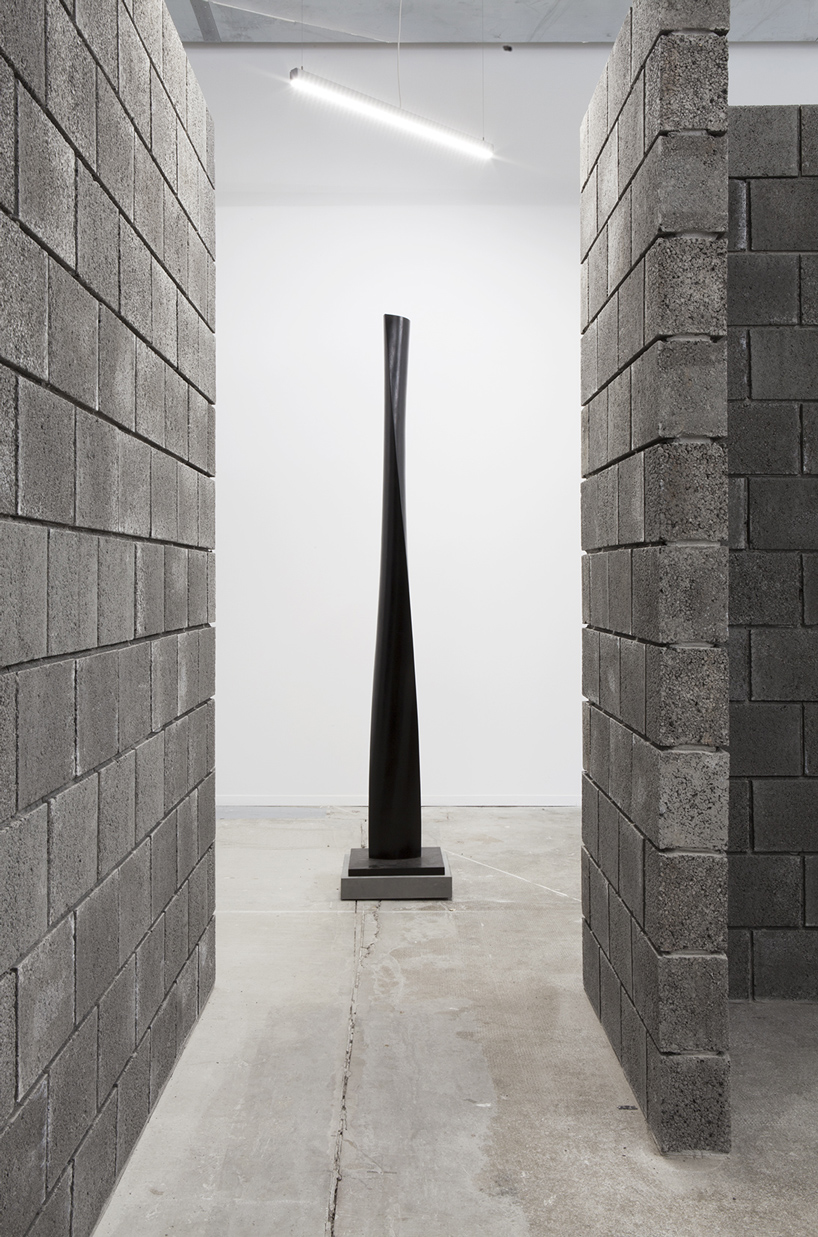 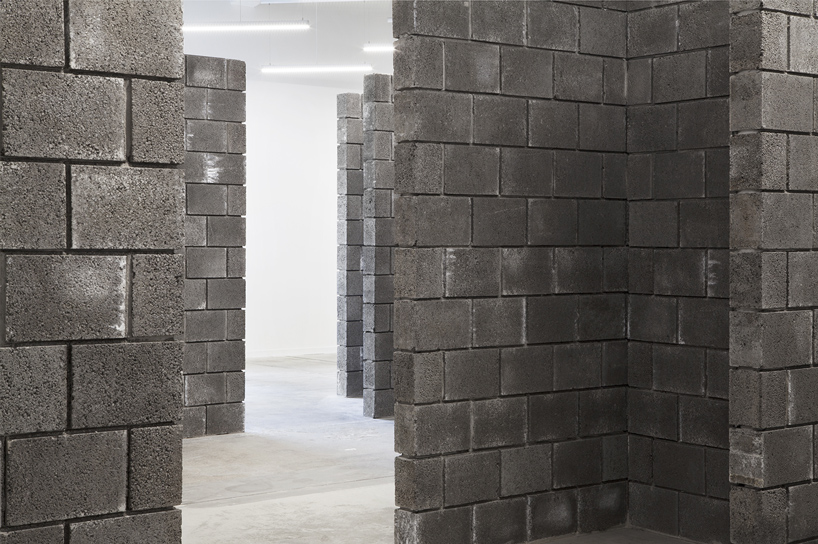 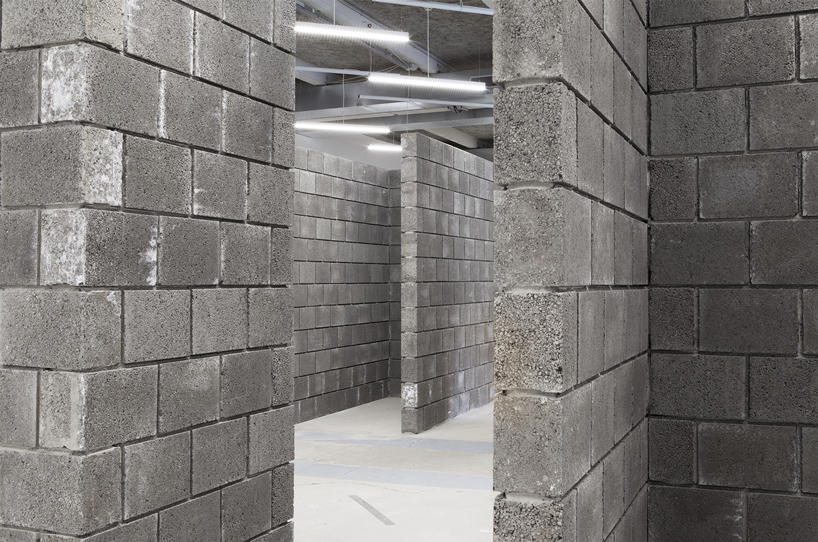 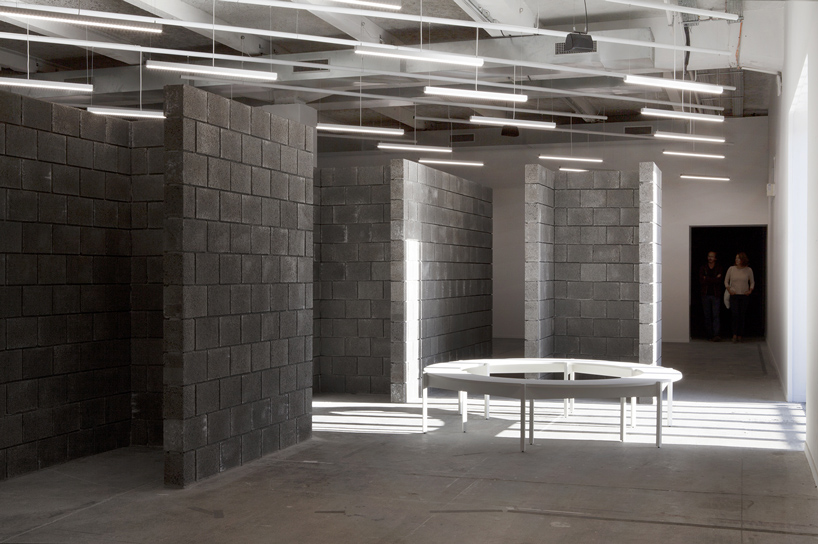 project title: no tears for the creatures of the night 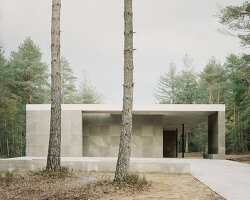 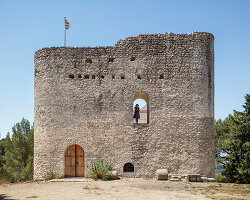 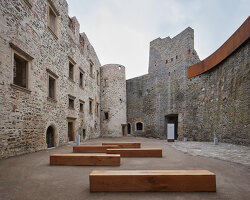 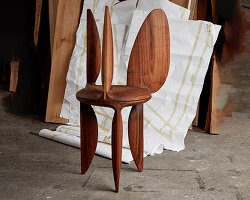