throughout the lodi district of milan, italian artist biancoshock has turned abandoned manholes into subterranean dwellings. the three underground rooms created for the series ‘borderlife’ are situated inside vacant maintenance vaults and hidden beneath heavy metal doors. the spaces include a tiny kitchen, with hanging utensils and a wall clock; a minuscule bathroom, with an attached shower and towel; and a small, wallpapered hallway featuring a painting and hat. 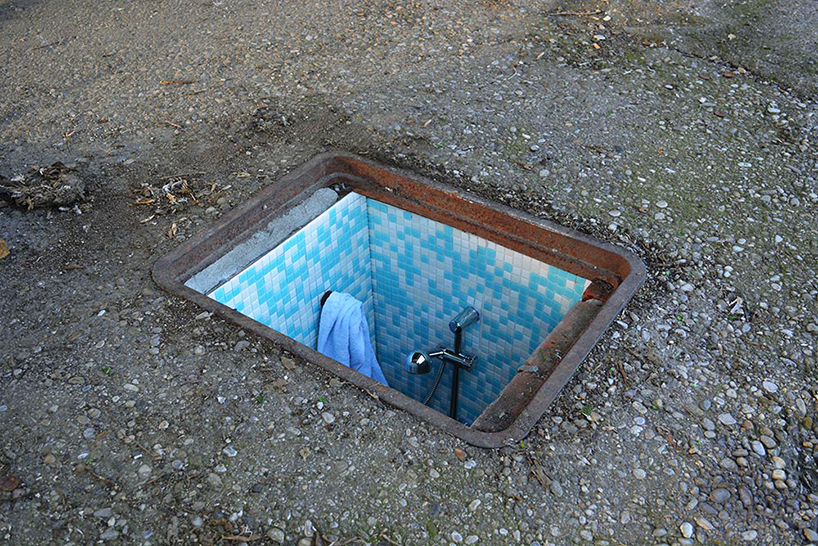 a minuscule bathroom includes an attached shower and towel

the interventions intend to reflect upon the living conditions of people who are forced to inhabit severely confined spaces — particularly those who occupy manholes. the artist’s primary example of these circumstances is the romanian capital, bucharest, where more than 600 people live in underground sewer systems. ‘if some problems cannot be avoided, make them comfortable,’ he says, in an effort to expose an otherwise hidden aspect of humanity to public view. 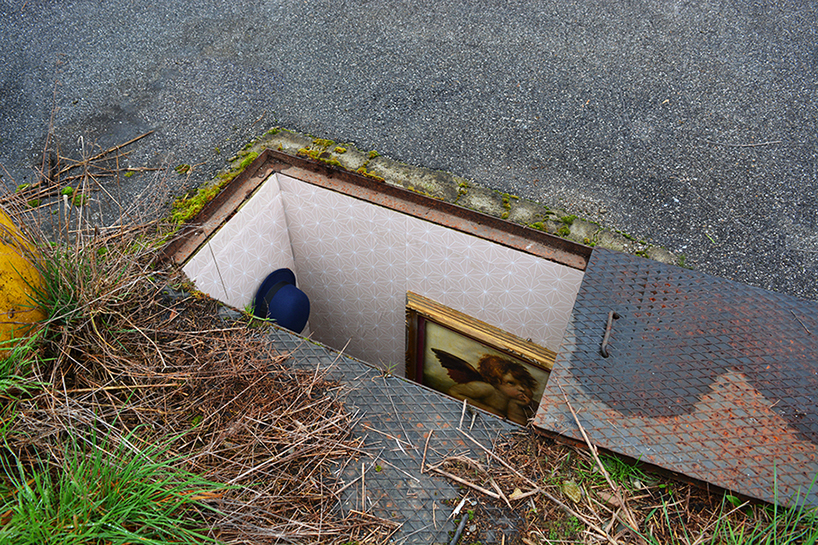 a small, wallpapered hallway hides a painting and hanging hat 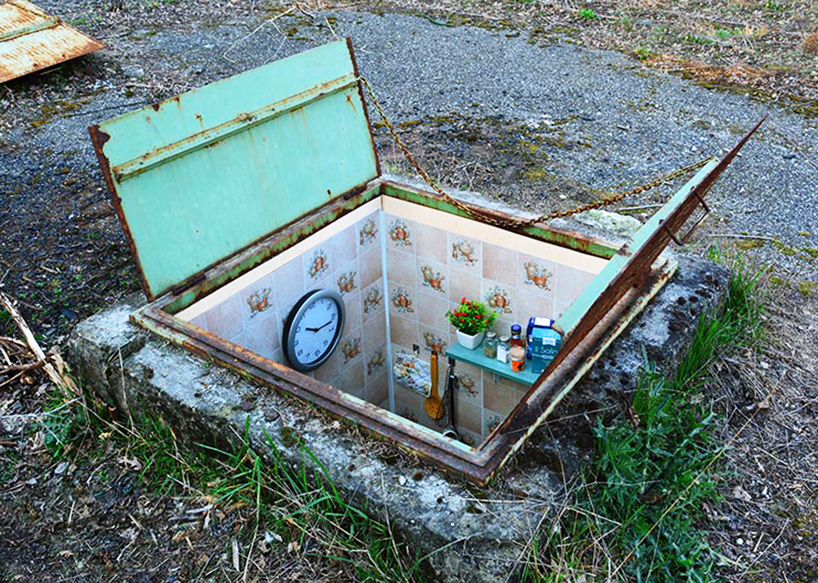 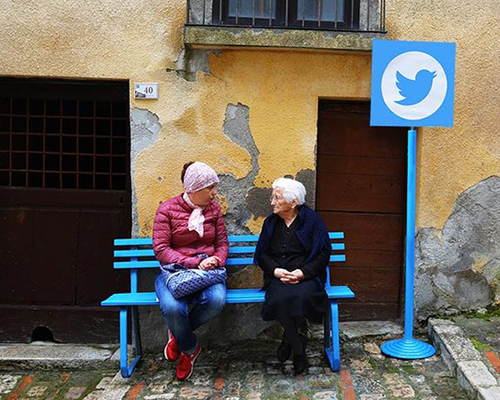 May 03, 2016
biancoshock brings 'real-life' internet to the elderly residents of an italian village 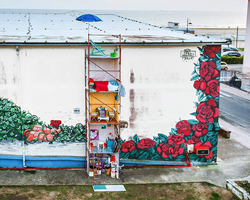 Apr 24, 2015
biancoshock turns a scaffold into a habitable personal skyscraper