bik van der pol: are you really sure that a floor can’t also be a ceiling? MACRO museum of contemporary art, rome december 4th, 2010 to january 16th, 2011

‘are you really sure that a floor can’t also be a ceiling?’ by bik van der pol image courtesy of MACRO

designboom was in rome this past weekend for the official opening of the new permanent wing of the MACRO museum of contemporary art, designed by french architect odile decq and supported by roma capital, department of cultural policies and communication, and the office for cultural assets.

coinciding with the opening was the presentation of the winning work of the enel contemporanea award 2010  ‘are you really sure that a floor can’t also be a ceiling?’ by dutch art collective bik van deer pol (liesbeth bik and jos van der pol). in its fourth edition, this year the project, produced by enel, decided to host an ‘invitational competition’, in which seven artists from different countries were asked to submit original works on the theme of energy, designed specifically for the new spaces of the MACRO. 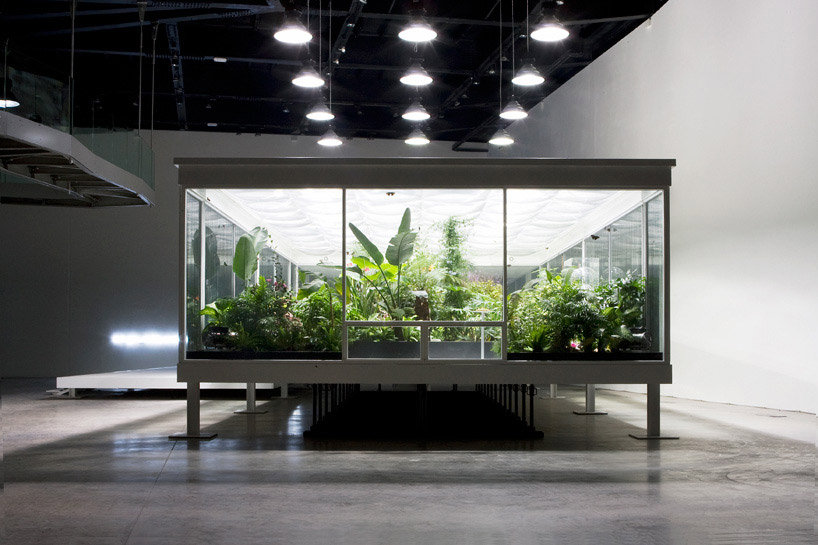 bik van der pol’s chosen installation, which takes its name from an M.C. escher quotation, is a structure freely based on the modern architectural icon, the farnsworth house by mies van der rohe built in 1951. within, hundreds of colorful butterflies find a natural habitat, thanks to the scientific assistance of the centro butterflyarc of professor enzo moretto. through the piece, the artists reflect on the relationship between man and nature starting with butterflies, now understood to be among the species most sensitive to climate change, so much so that they can be seen as a true indicator of environmental conditions. visitors are invited to enter the work, complying with a maximum number of people at any one time, to protect the ideal micro climate for the butterflies. 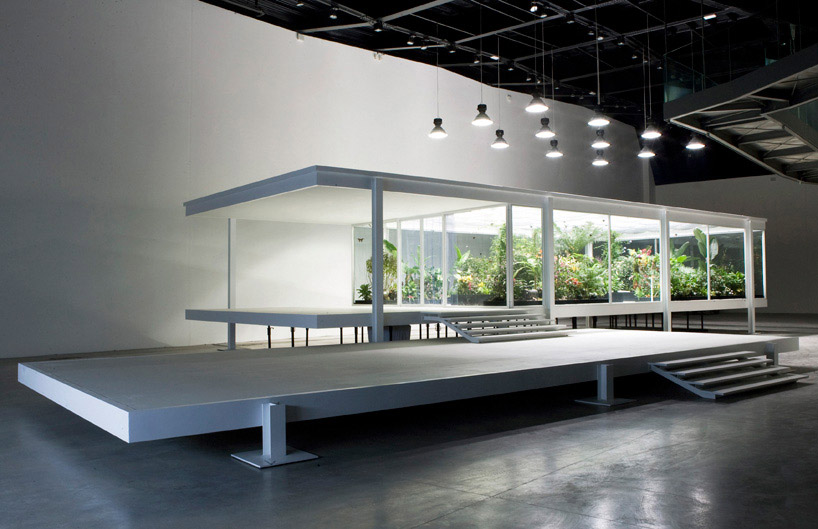 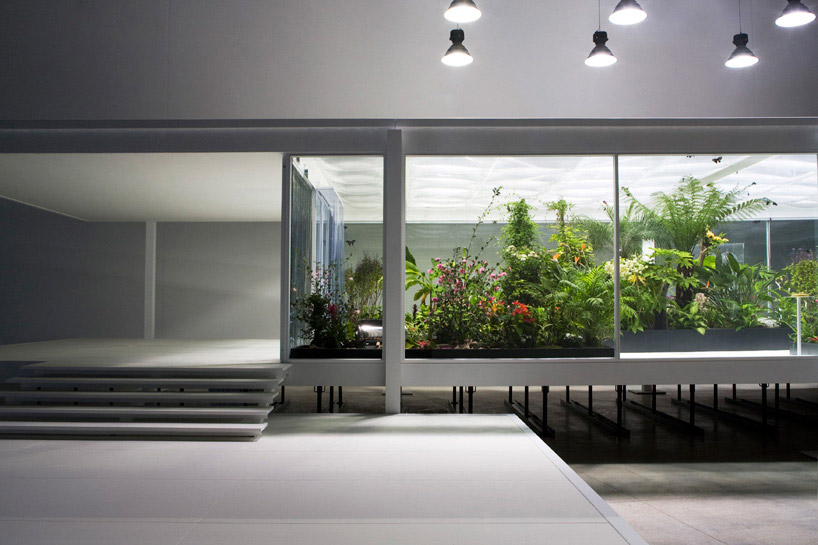 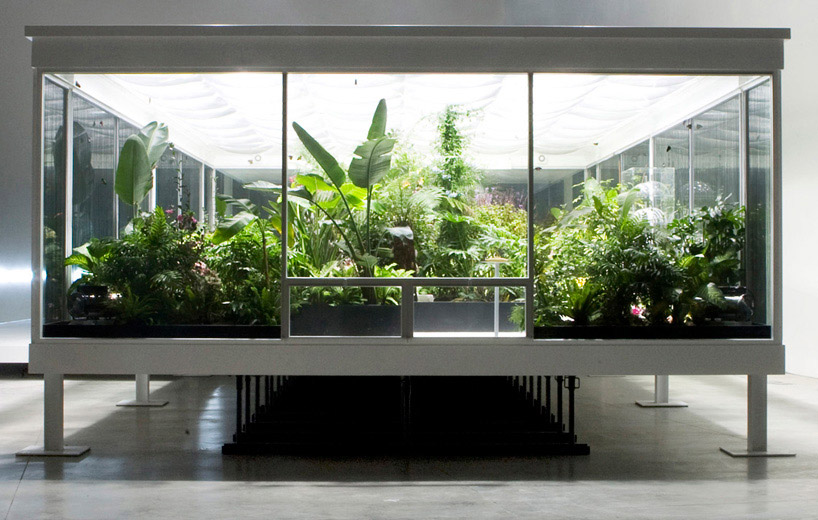 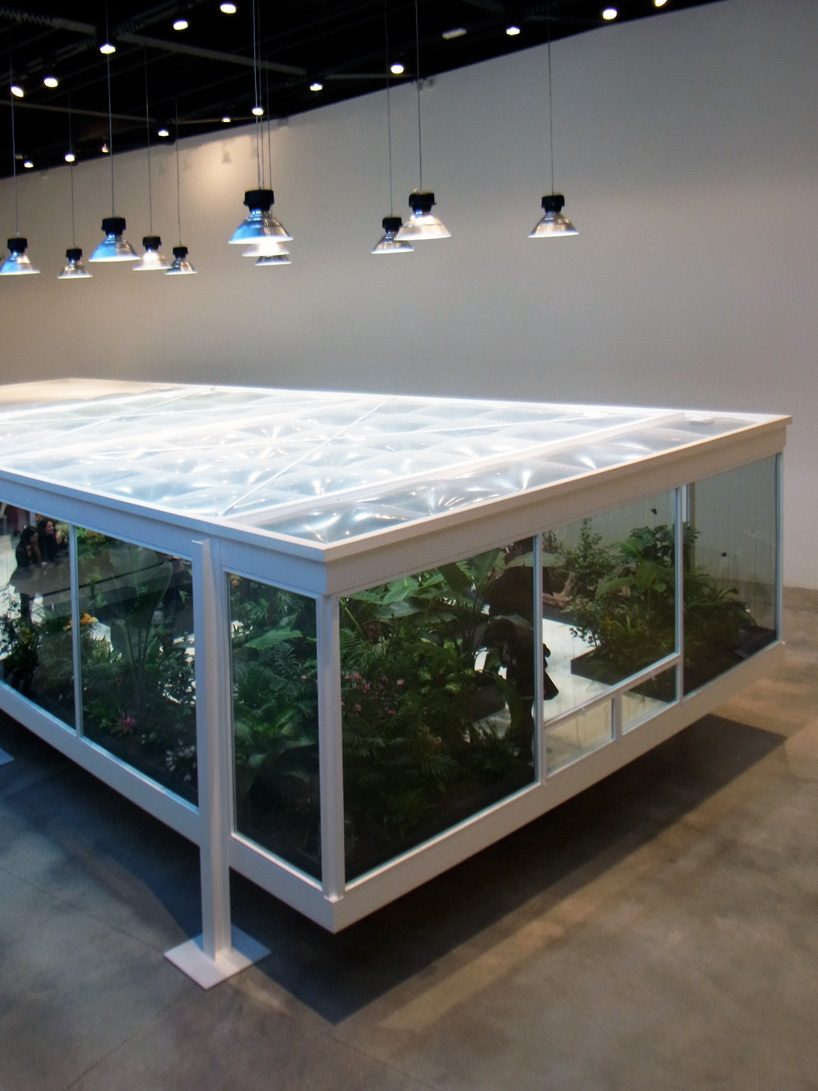 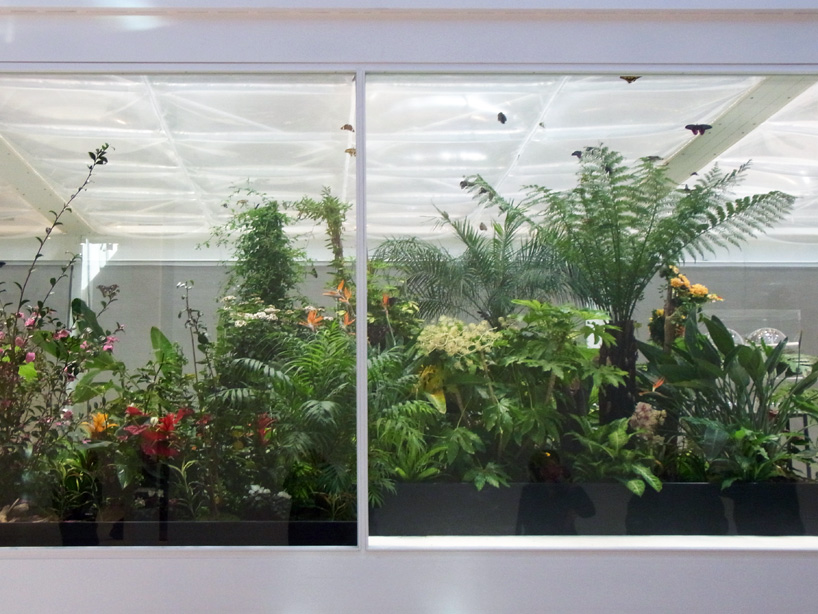 ‘the works of bike van deer pol are systematically connected with the creation of new architectural forms, often making use of temporary constructions that offer new spaces of public interaction. their projects bear witness to reflection, with a lasting impact on the host communities. this long-term effect amplifies the importance of the artistic interventions, turning them into a true resource that stimulates the collective imagination and critical reflection in the int he society‘. – hou hanru, chair and director of exhibitions and public programs at the art institute in san francisco 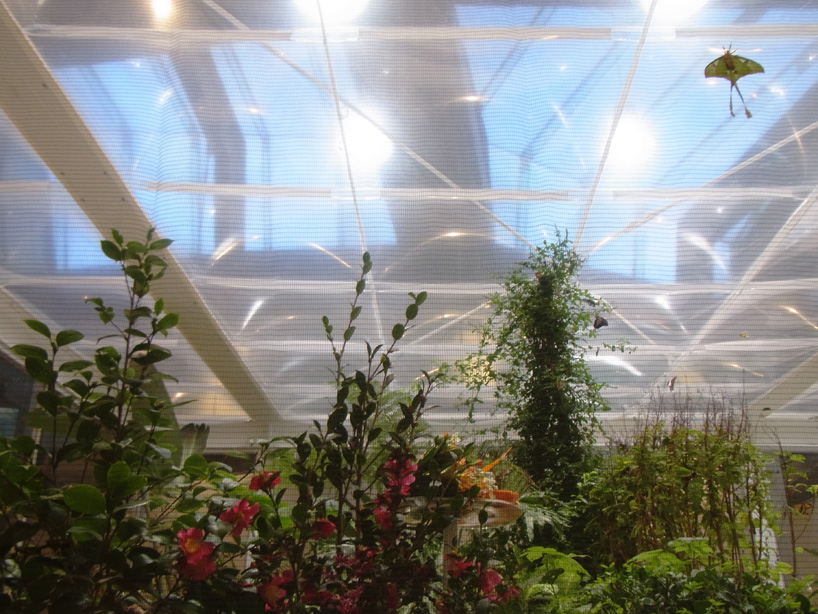 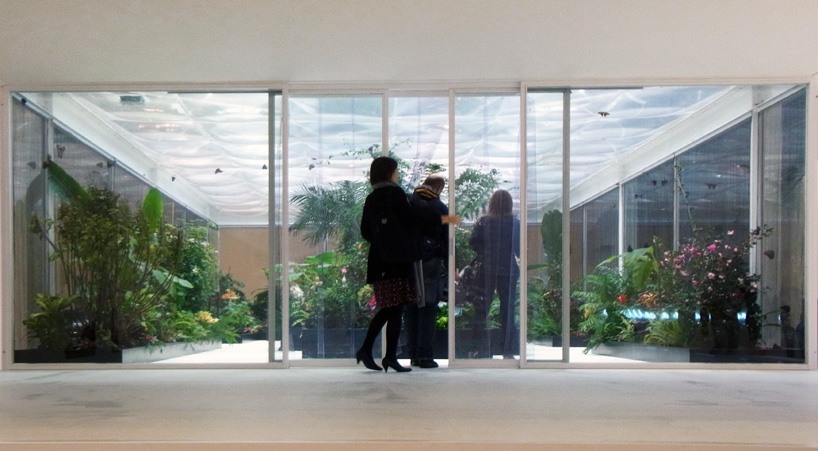 visitors are invited to enter the house. the glass walls allow full views of the greenhouse and its visitors inside. here, nature becomes a spectacle inside the confinements of the museum walls. 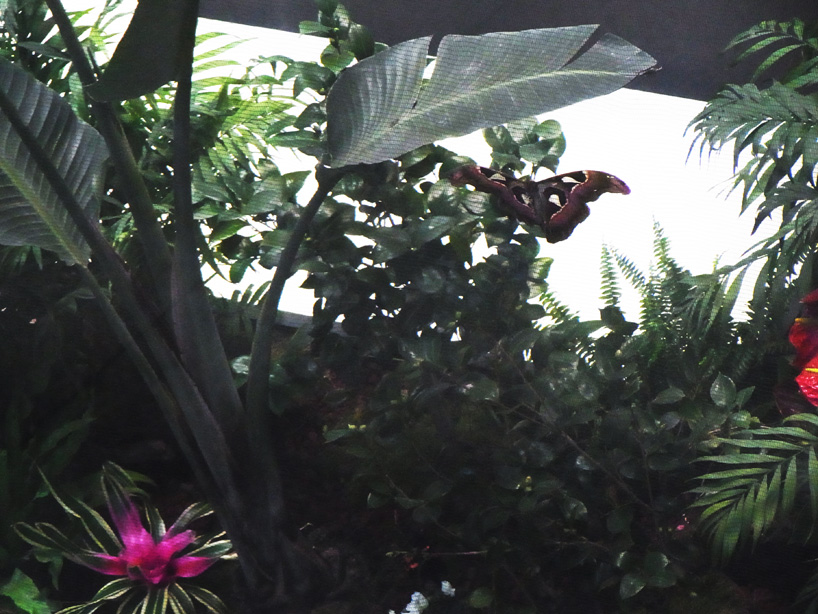 detail of vegetation inside the house of butterflies image © designboom 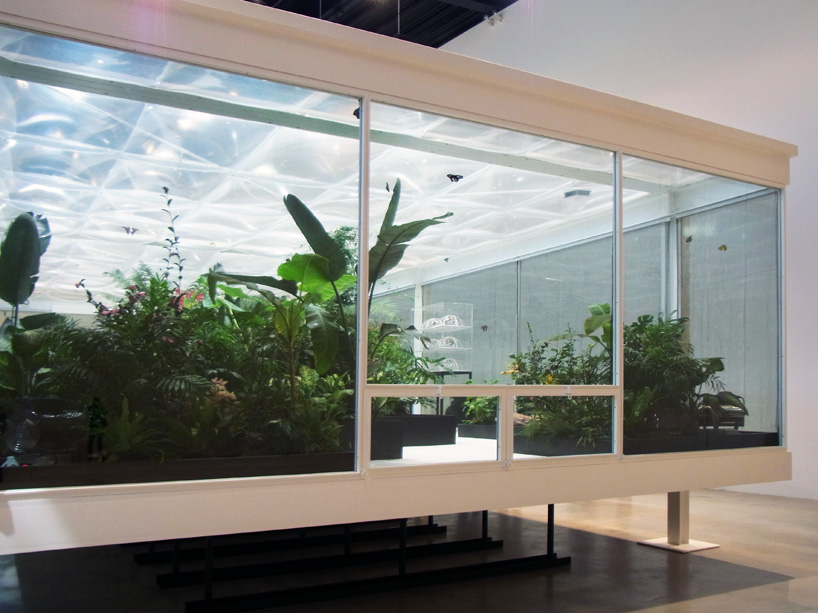 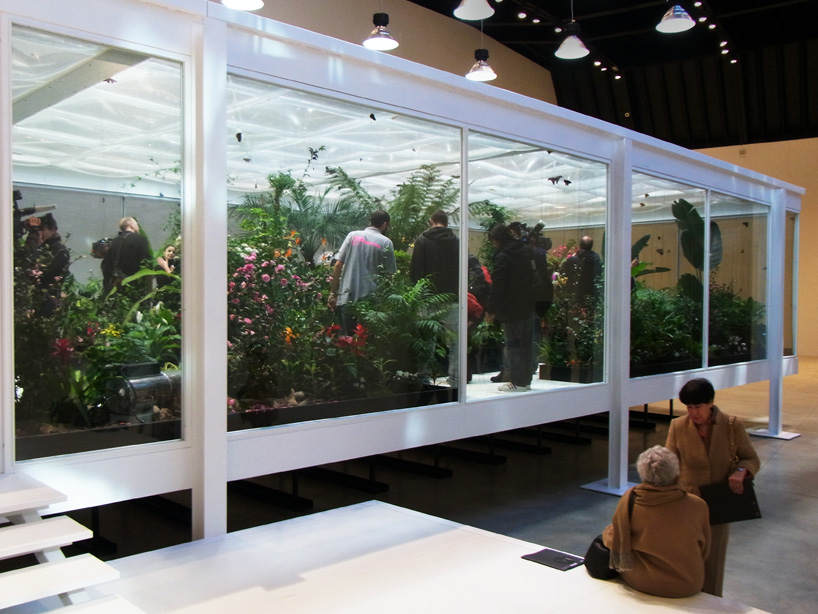 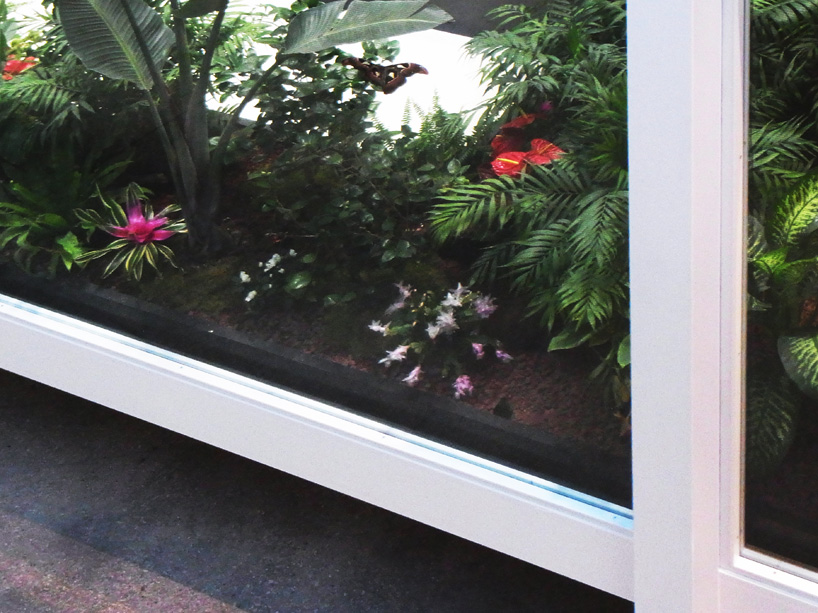 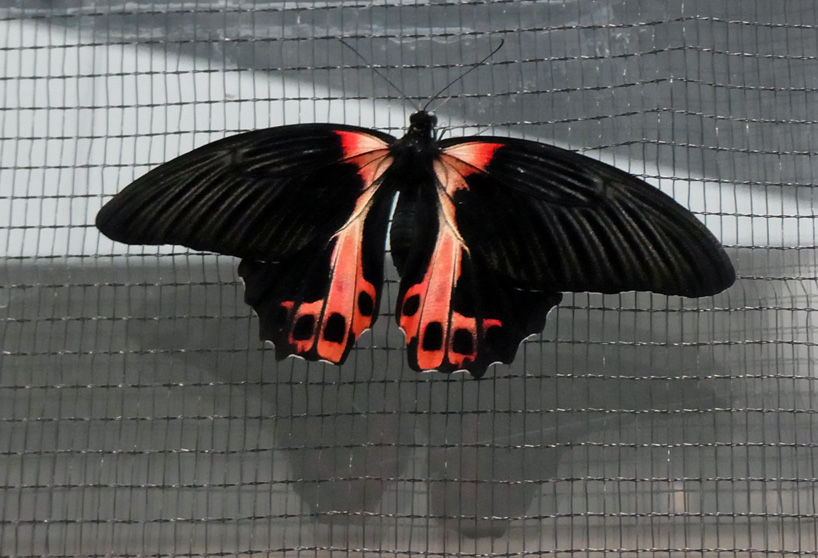 one of the hundreds butterflies inside the house image © designboom 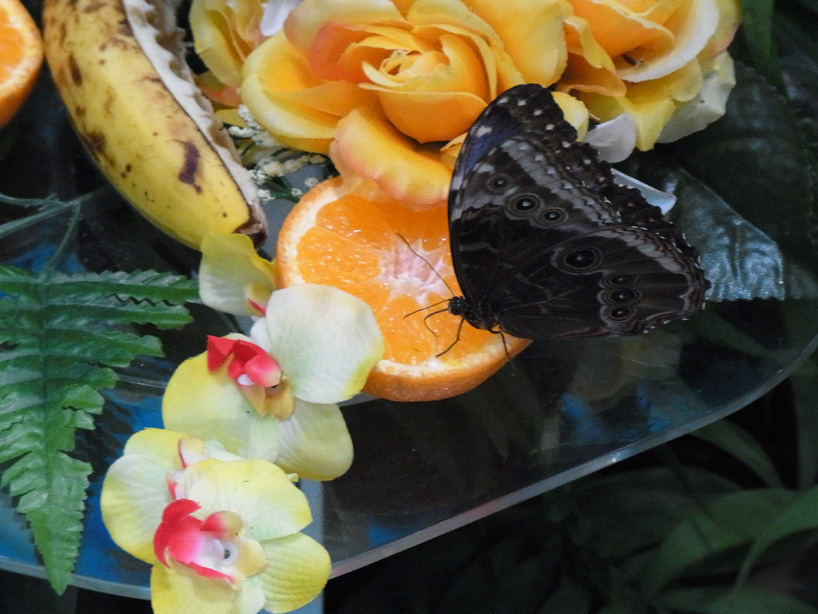 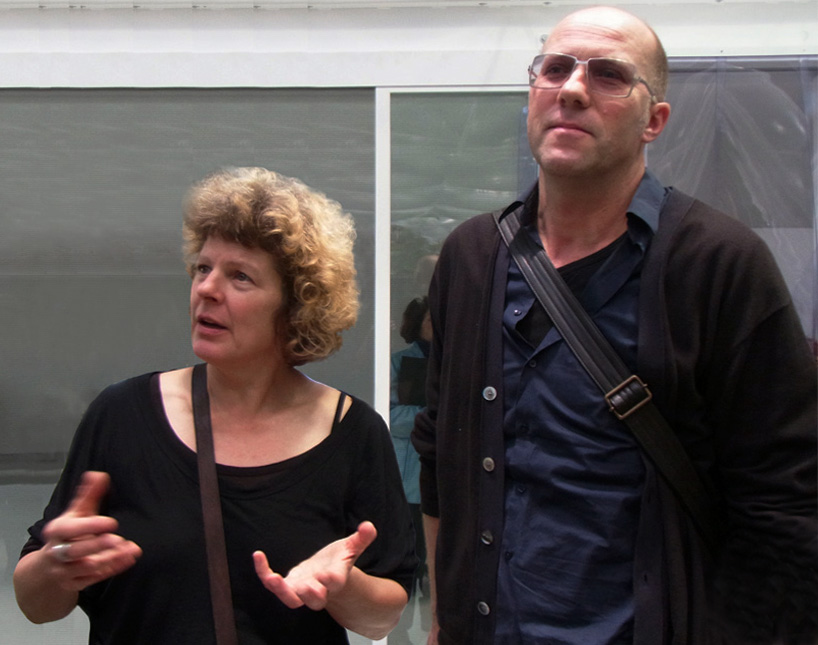 dutch architects liesbeth bik and jos van der pol have been working collaboratively since 1995. they explore specific venues as both sits of memory, knowledge production and communication / collaboration, with different communities. ecological issues are also frequented themes. their work is systematically related to the invention of new architectural forms, often resulting in temporary constructions that provide new spaces for public interactions. recent projects and exhibitions include: the istanbul biennale; ‘models for tomorrow’ at the european kunsthalle of cologne; ‘naked life’, MOCA, taipei to name a few.

Apr 10, 2021
paint drips powerfully + poignantly evoke the human experience through the lens of tim tadder
designboom spoke with tadder about how his striking images seek to compel viewers to reflect on social and political currents with fresh eyes.
art
277 shares
connections: +1650

Apr 08, 2021
linear reflective piece by phillip k. smith III + SOM mirrors the californian landscape
at sunset, the reflection of the glowing sky and onshore clouds merges with floating, shifting gradients of light across the surface of the work.
art
528 shares
readers
connections: 66