digital artist billelis (billy bogiatzoglou) has realized a massive collection of compositions that explore the blend of genetic mixology and pattern design. ‘engraved entomology’ sees the digital inscription of myriad motifs applied to the shells of various insects. the personal project has resulted in the creation of dozens of images, depicting virtually carved bugs canvassed with gold inscriptions and illustrations. 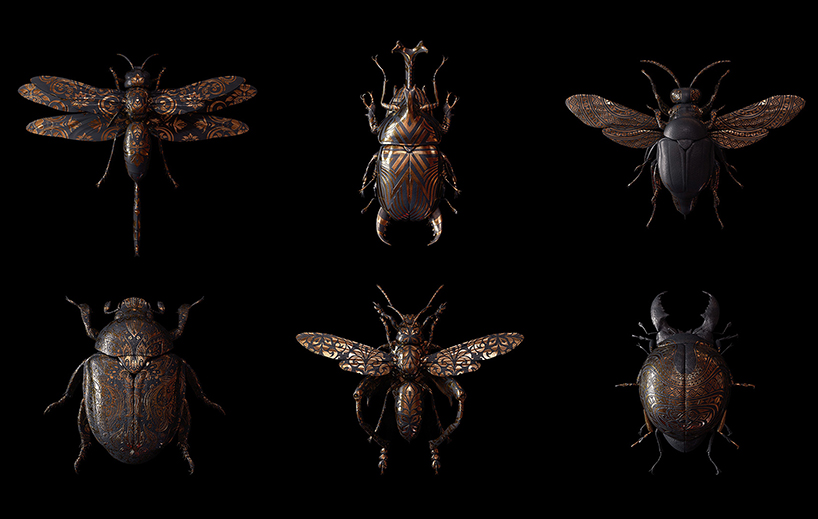 previously, billelis completed a series of personal print designs that started as simple experiments but ended up as a collection of 50 digitally-rendered skulls. the compositions focused on key patterns that influenced humanity through the millennia, sourcing motifs found throughout aztec, roman, greek, celtic, geometric, folk and ornate art.

the latest artworks in the series ‘engraved entomology’ continue the aesthetic vein of billelis’ personal work. they blend dark backdrops, moody motifs, and themes of nature and artifice to create an intriguing and absorbing collection of compositions. 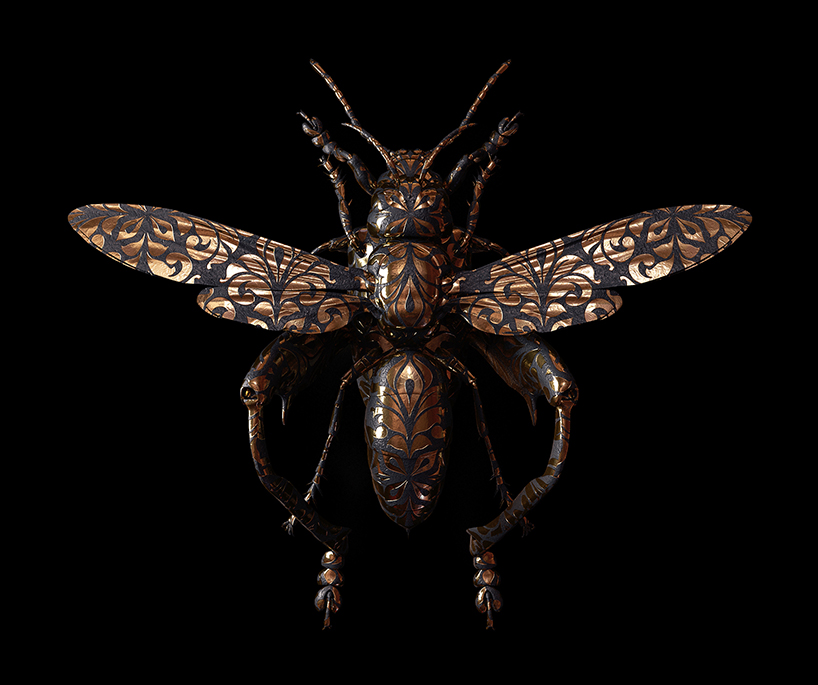 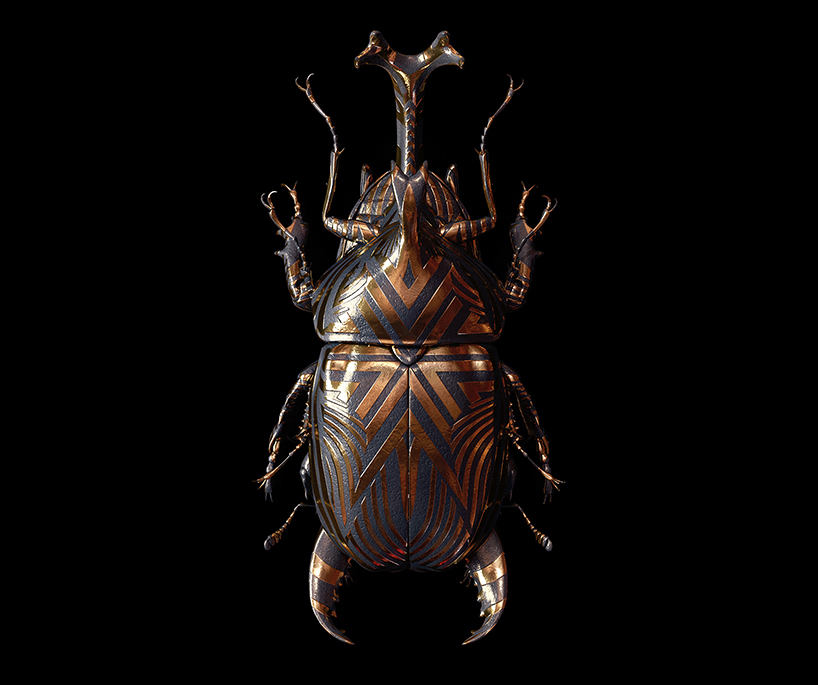 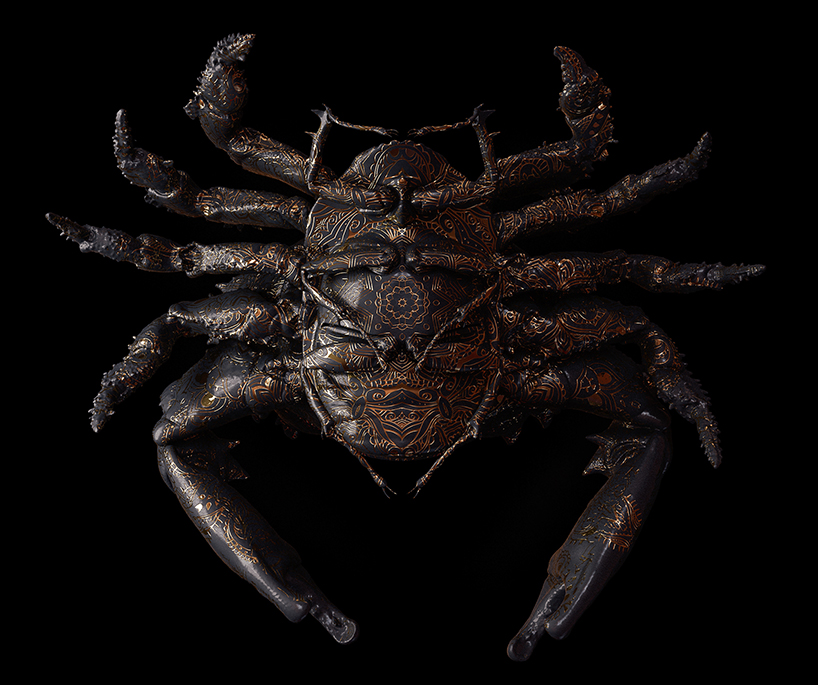 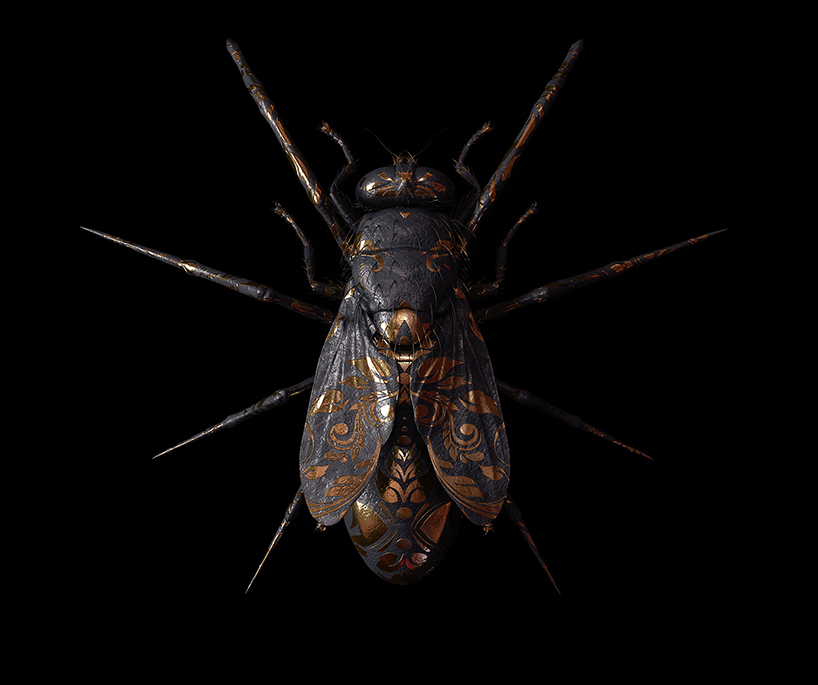 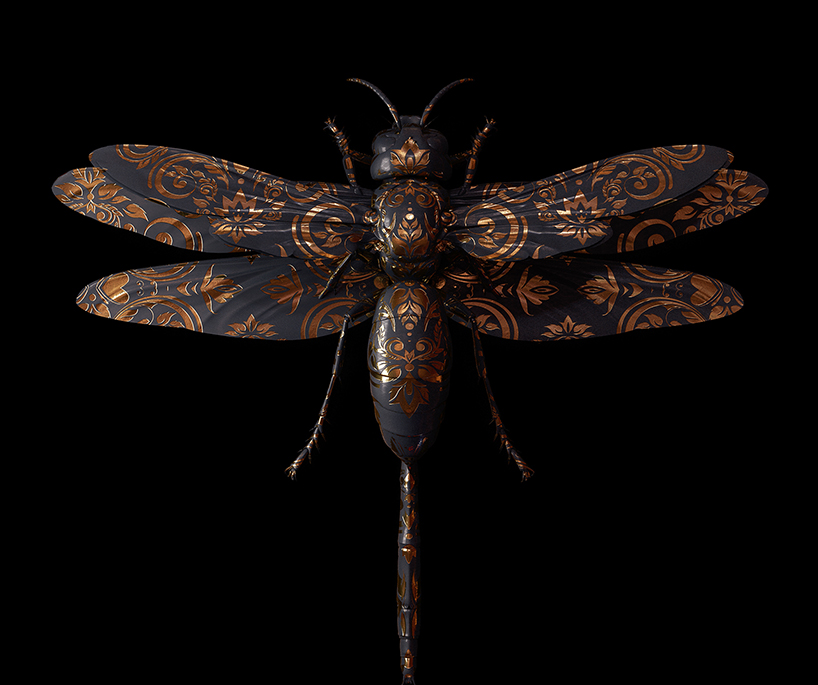 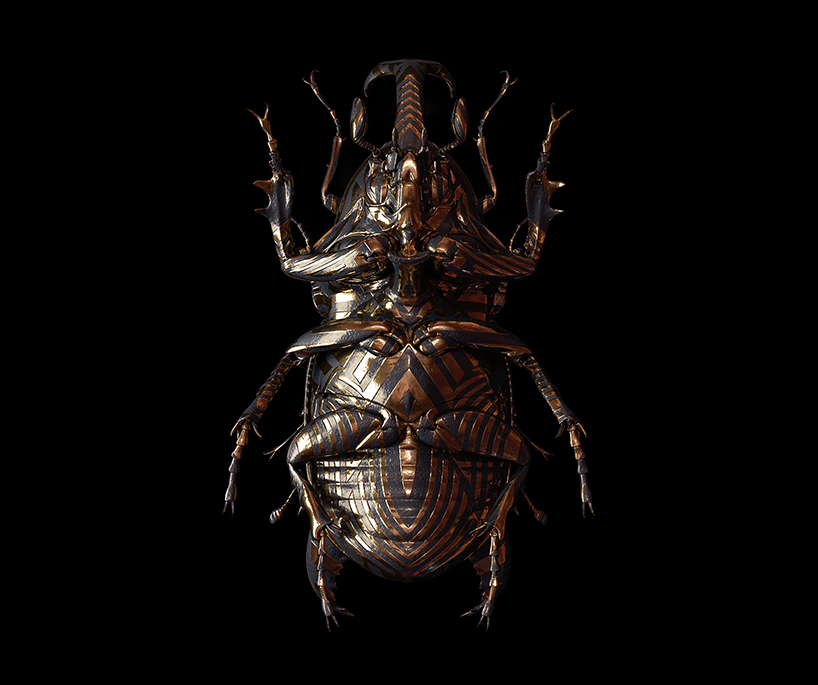 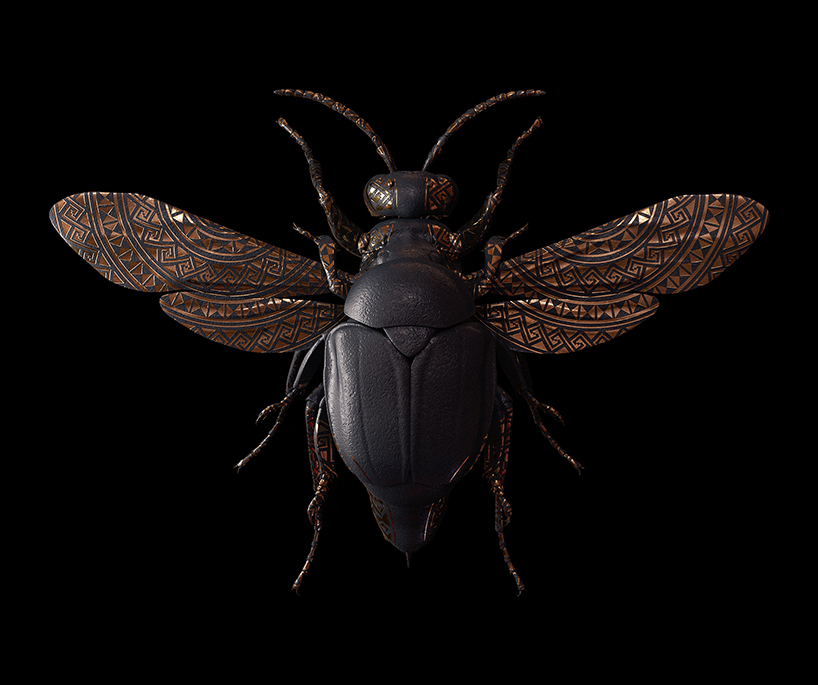 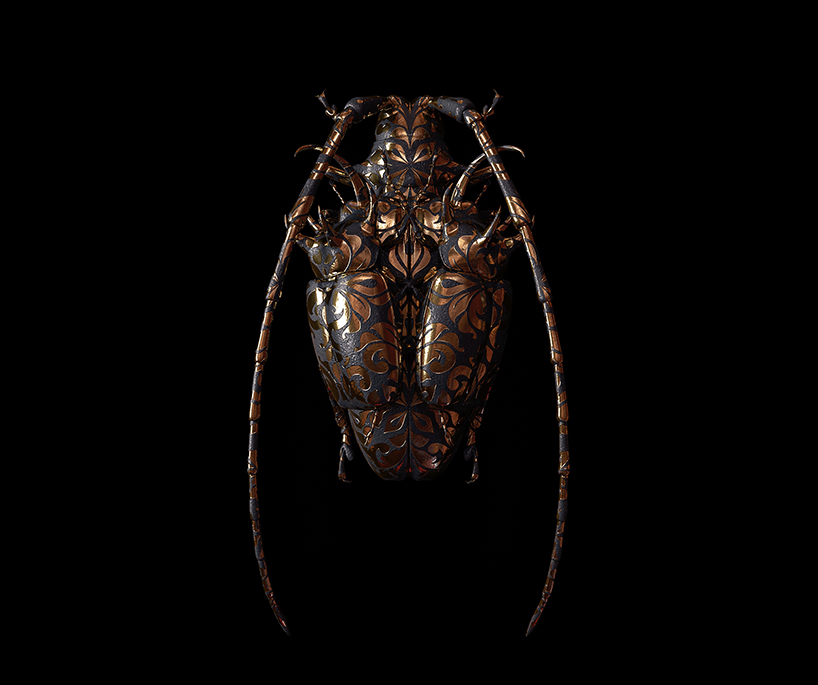 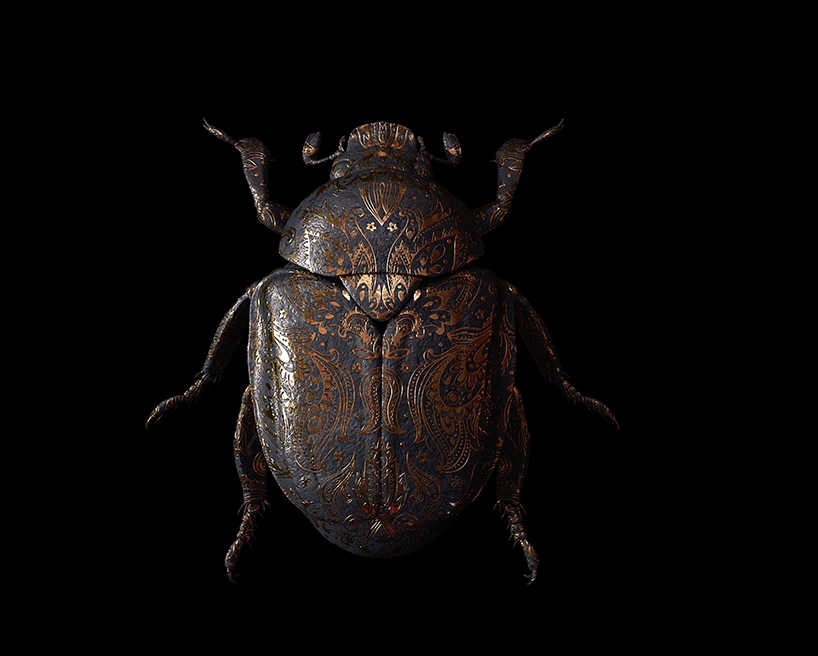 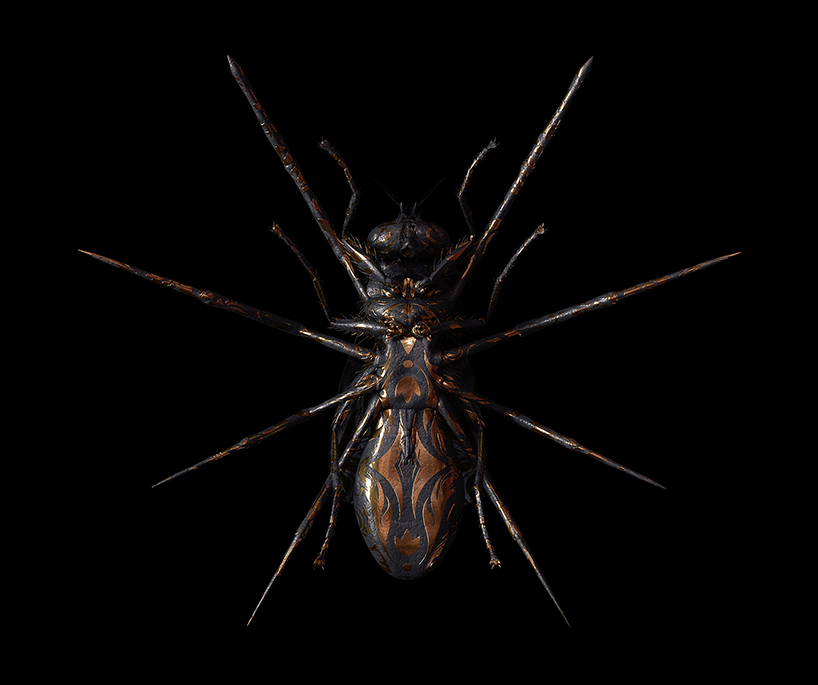 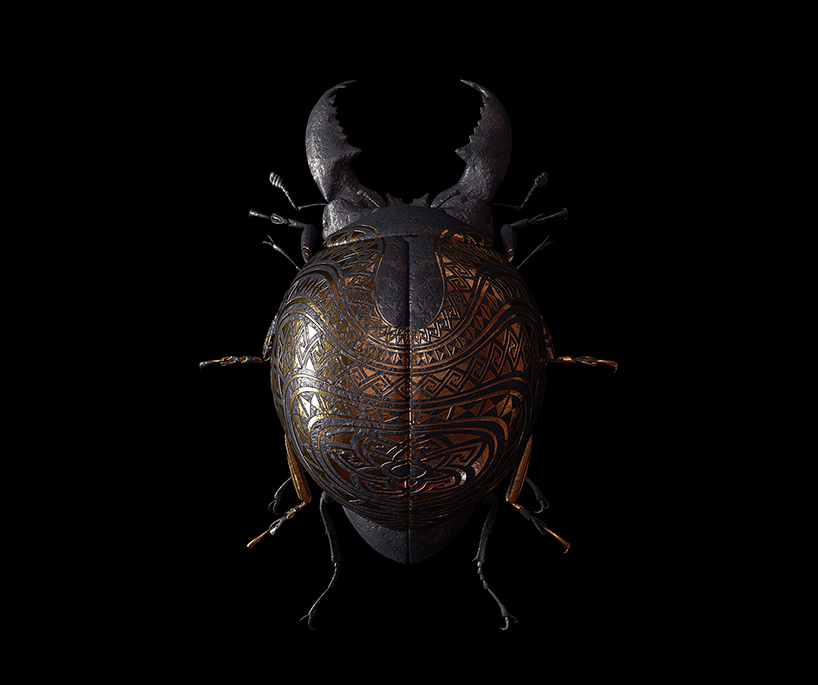 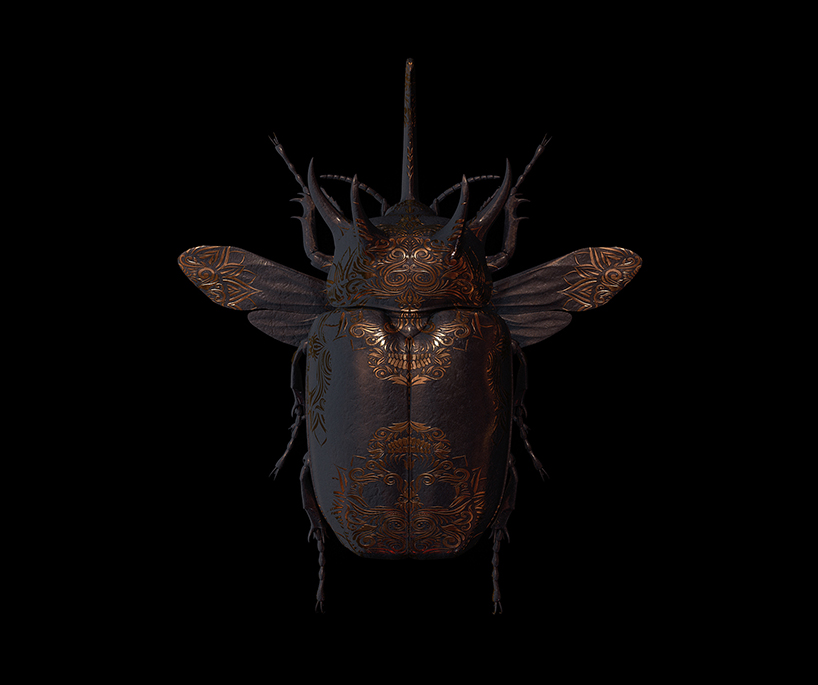 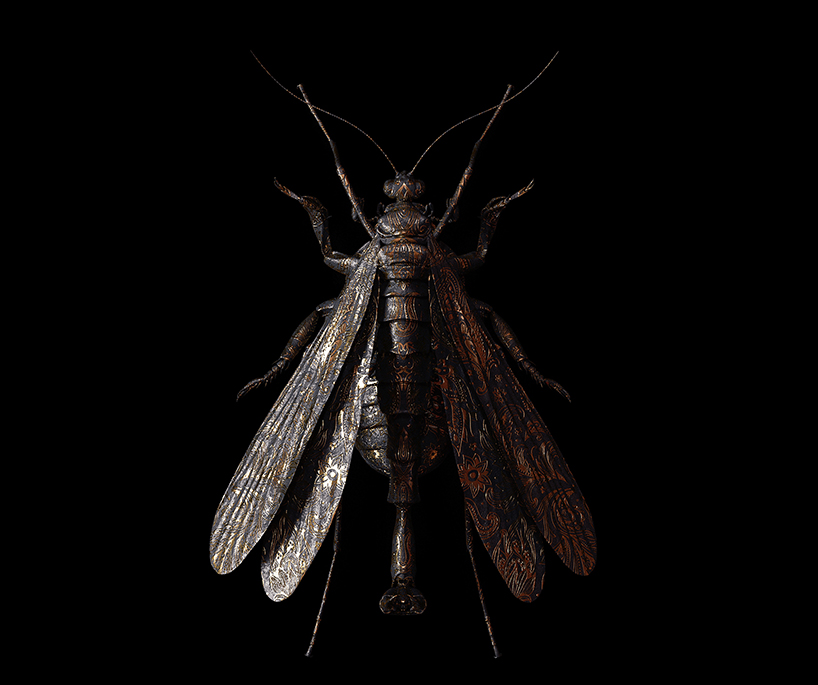 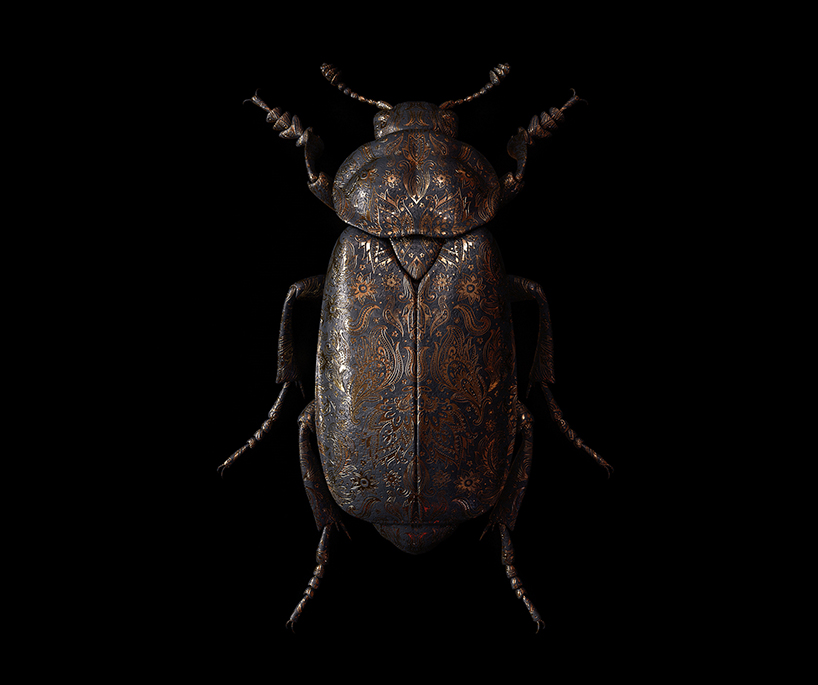 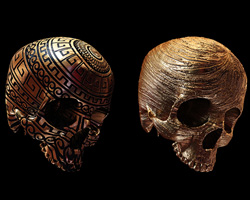