spanish illustrator, designer, and typographer alex trochut presents a new body of work at kinfolk 94 in brooklyn new york. ‘think twice’ is an immerisve, glow-in-the-dark installation which explores the duality of subjects within a single, two-dimensional work on paper. the relationship between objects that share similar aesthetics — but differ greatly in meaning — are expressed through a graphic technique developed by trochut called ‘binary prints‘. the process results in two completely separate images shown on one surface — one which appears in light, and one which appears only in the dark. for the collection of motifs present for ‘think twice’, roses morph into sink drains, lipstick to bullets and wedding rings to handcuffs, revealing — through the luminous technology — both their similarities and differences. 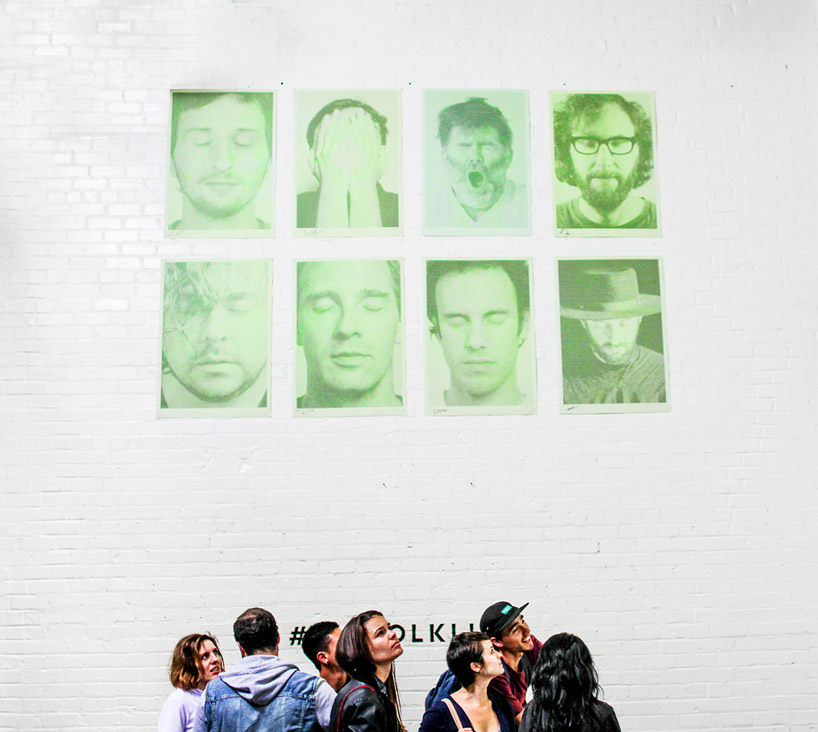 the ‘light’ work on exhibit in brooklyn, new york

in a recent interview, trochut told designboom about his binary prints process: it is a printing technique that I patented, which allows you to print two completely different images on the same surface – one visible in light the other in the dark. it was the first time that I’ve invested so much time and efforts on a personal project, and it has been very rewarding for me, especially the fact that it forced me to step into a zone where I didn’t feel safe and to look at things from a different point of view; one that was less commercial. 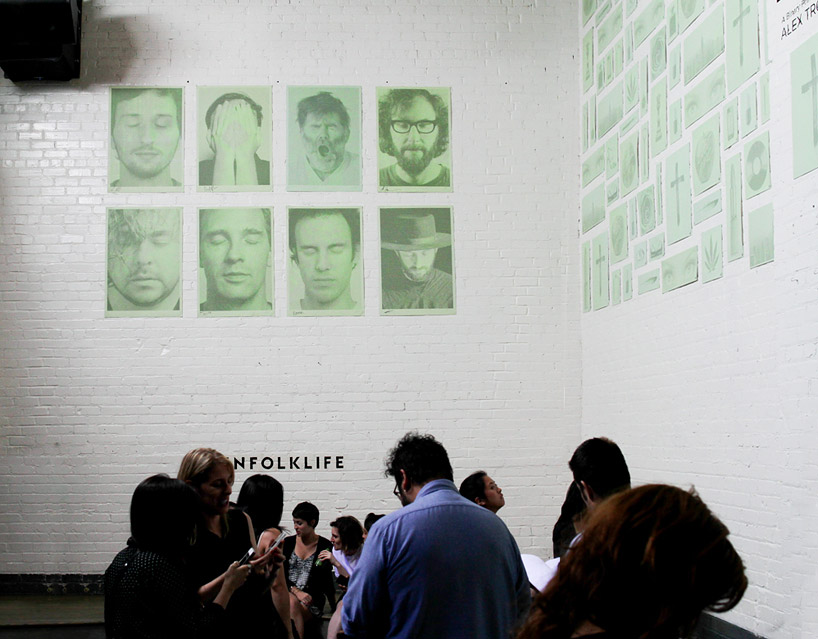 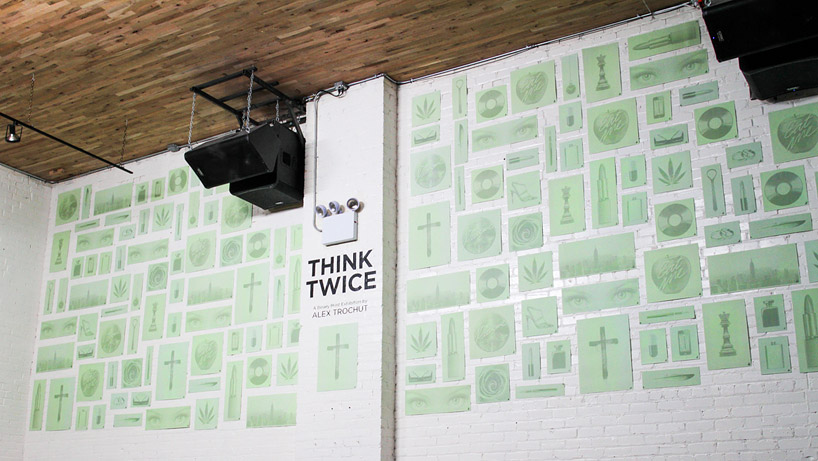 images from ‘think twice’ are displayed within the gallery 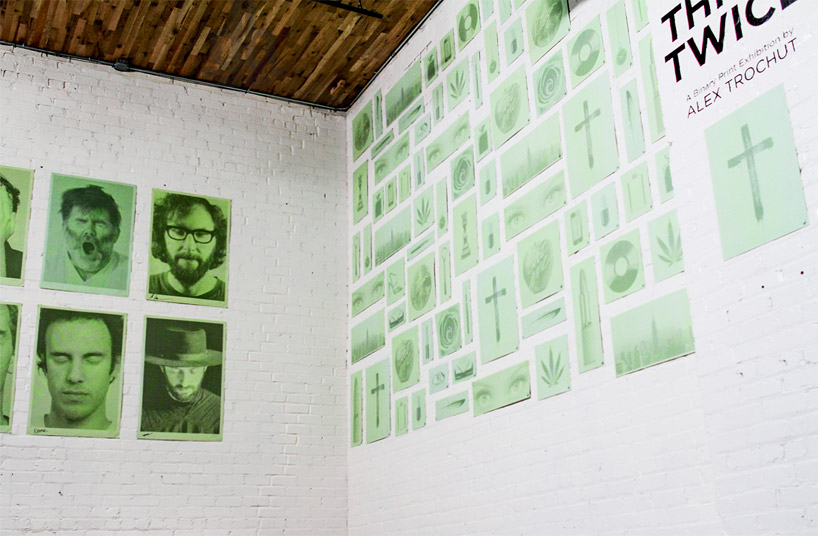 images from a previous music series are exhibited alongside new works 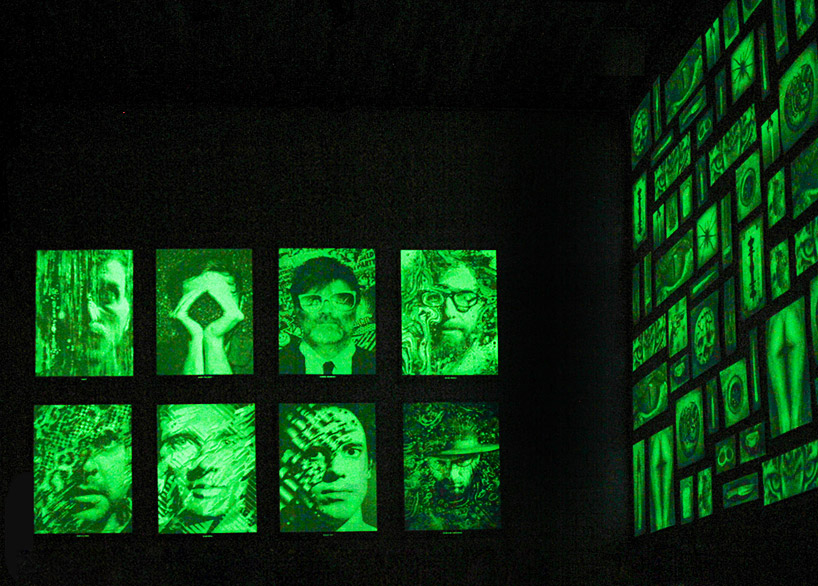 when the room is dark, new visuals appear ontop of the old ones 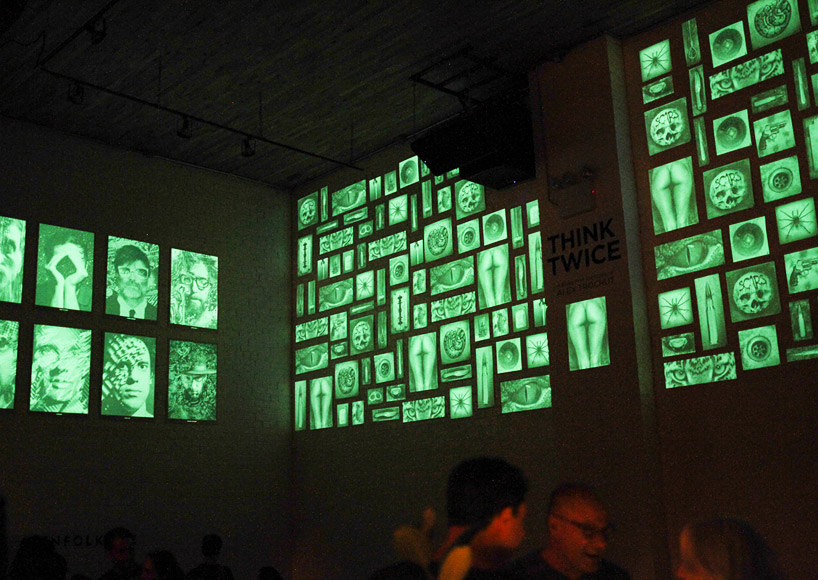 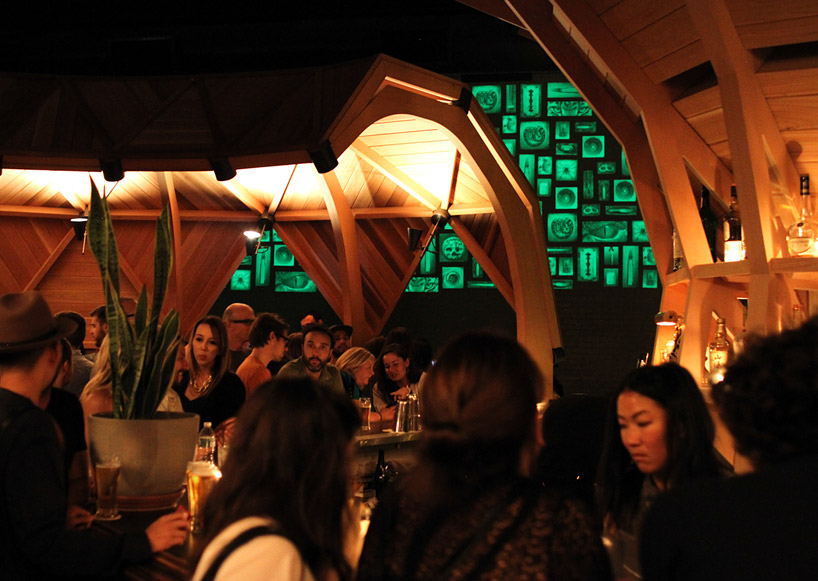 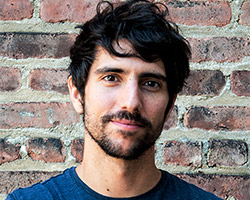