the term bindi is derived from bindu, the sanskrit word for a dot or a point, and also carries the meaning of the numeral zero. the bindi in india is traditionally a mark of pigment applied to the forehead and is associated with the hindu symbol of the third eye. when worn by women in the customary color of red, it is a symbol of marriage. in recent times it has become a decorative item, worn by unmarried girls and women of other religions as well. today’s bindis are commercially manufactured and have been transformed into stick-on vinyl, disposable objects and a secular, feminine fashion accessory. bharti kher uses the bindi as a central motif in her work, transforming the surfaces of both sculptures and paintings to connect disparate ideas. 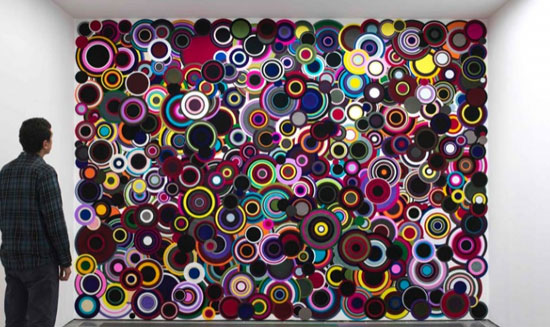 ‘the nemesis of nations’, exhibited in ‘indian highway’ at serpentine gallery, london, 2008/2009, bindis on fiberglass 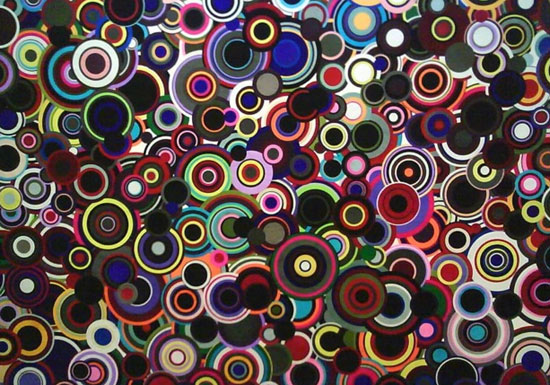 detail of bindis in ‘the nemesis of nations’

kher uses the ready-made bindi as a central motif of her practice. this tiny decoration is used as a means of transforming objects and surfaces. her use of the bindi brings to her art a range of meanings and connotations across historical and contemporary periods. she is known for her menagerie of resin-cast animals, which are covered with the bindi, and she also uses the bindi to make large, wall-based panels. these sensual abstract surfaces may be described as swirls of contrasting colored dots and shapes. when not working with the bindi, kher’s practice encompasses digital photography and sculptural works that continue to explore her interest in kitsch and popular consumer culture. in kher’s work, the bindi transcends its mass-produced diminutiveness becomes a powerful stylistic and symbolic device, creating visual richness and allowing a multiplicity of meanings. 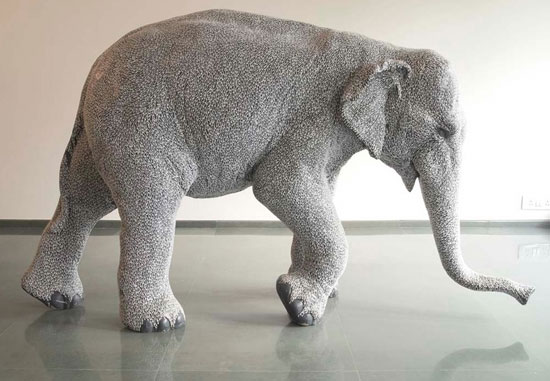 ‘I’ve seen an elephant fly’, 2002 life-size of a baby elephant, fiberglass and bindis 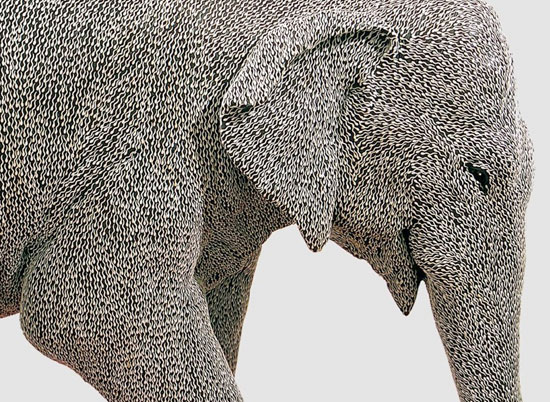 detail of bindis in ‘I’ve seen an elephant fly’ 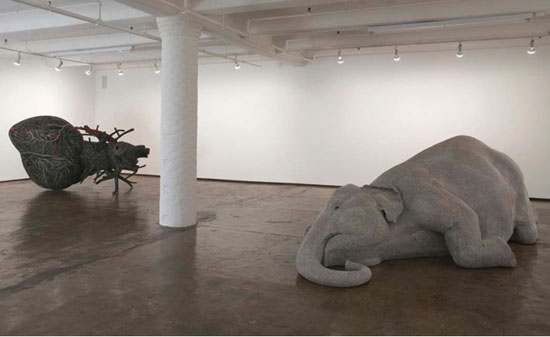 view of the exhibition ‘an absence of assignable cause’ in 2007 at jack shainman gallery, new york www.jackshainman.comright: ‘the skin speaks a language not its own’, 2006 life size of an elephant, fiberglass and bindis 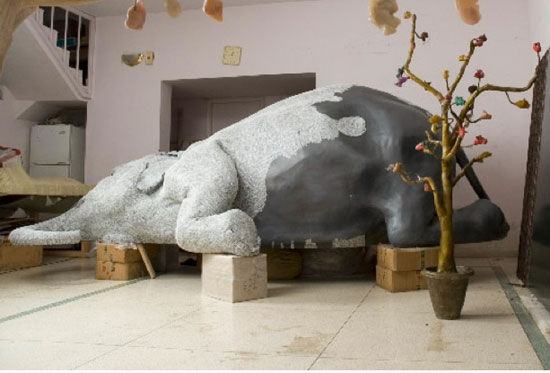 the making of ‘the skin speaks a language not its own’ bharti kher’s studio view, photo © anup sood 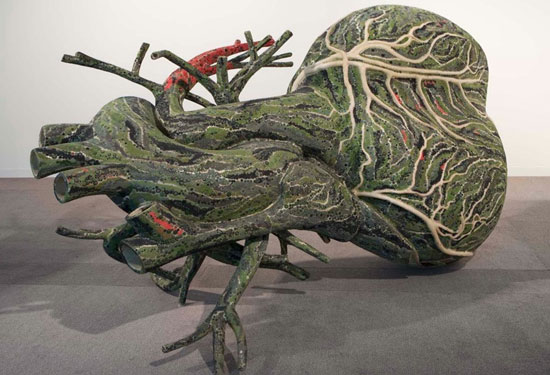 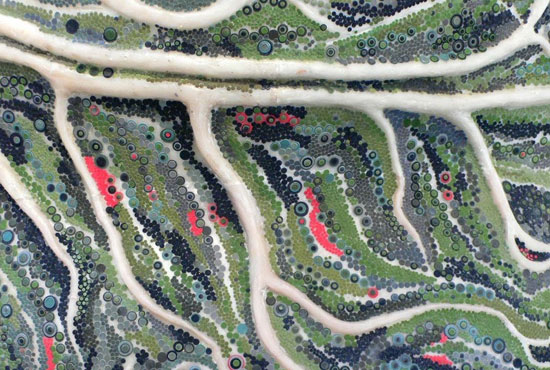 detail of bindis in ‘an absence of assignable cause’ 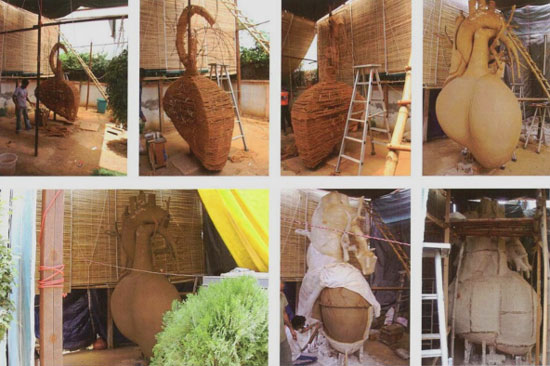 the making of the ‘an absence of assignable cause’ sculpture 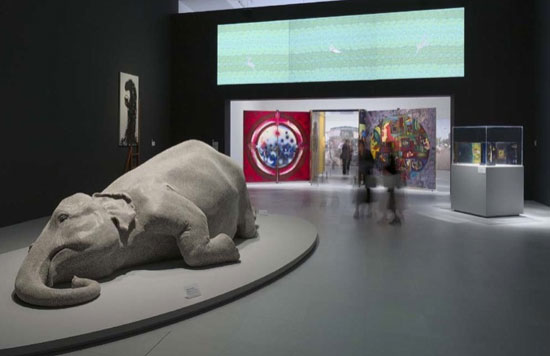 view of the exhibition ‘chalo! india: a new era of indian art’ at the mori art museum in tokyo, 2008/2009bharti kher was born in 1969 in london and was educated in painting and design at newcastle and middlesex polytechnics. since 1993, she lives and works in new delhi, india.