jud turner is a sculptor based in the us state of oregon. among his many pieces is a strange bicycle called the ‘bio-cycle’. the work is made from welded steel and found objects that have been assembled to create a bicycle which appear to be made from a human skeleton. the skeleton holds the font wheel in its hands while the frame of the bike is composed of the spine. the legs are attached to pedals but there is no seat, making kind of hard to ride. the piece was originally created for the ‘different spokes’ invitational sculpture show in salem, oregon. 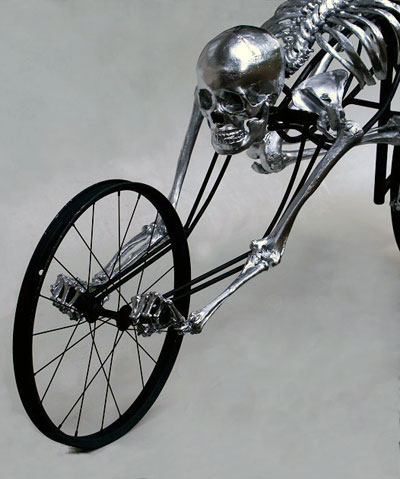 via design you trust