despite not quite reaching its crowdfunding target on indiegogo, ‘the ORB’ — a giant reflective sphere designed by bjarke ingels and jakob lange — has successfully been erected at burning man. the inflatable piece was proposed as a scale representation of the earth’s surface with an impressive diameter of over 25 meters (83 ft). conceived as a ‘mirror for earth lovers’, the object both reflects the evolving desert community beneath it and serves as an enormous wayfinding device. 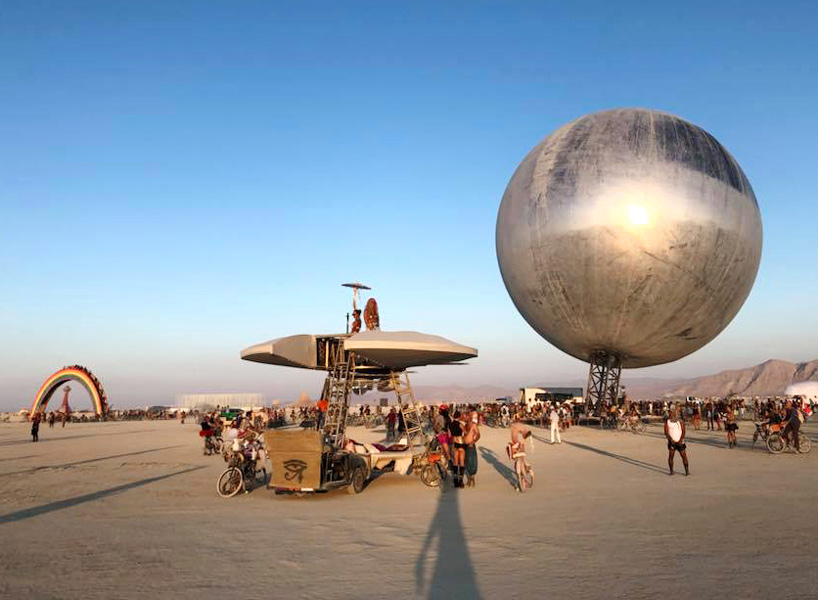 at night, the sphere blends entirely into its surroundings, becoming part of the desert. ‘the ORB is a tribute to mother earth and human expression — designed to easily inflate and deflate, leaving no trace on the playa,’ explains the design team. the mirrored sphere is supported by a 32 meter-tall (105 ft) steel mast — a construction method that is more complex than it appears.

the design team has funded the majority of the structure’s 30 tons of steel, as well as the 2,500 hours of welding and sewing needed for the sphere itself. to complete the project, the architects are looking to raise an additional $50,000 USD in exchange for a range of perks. take a look at the renderings of the project below, and find out more on the project’s indiegogo page here.

the ORB would reflect the evolving desert community beneath it 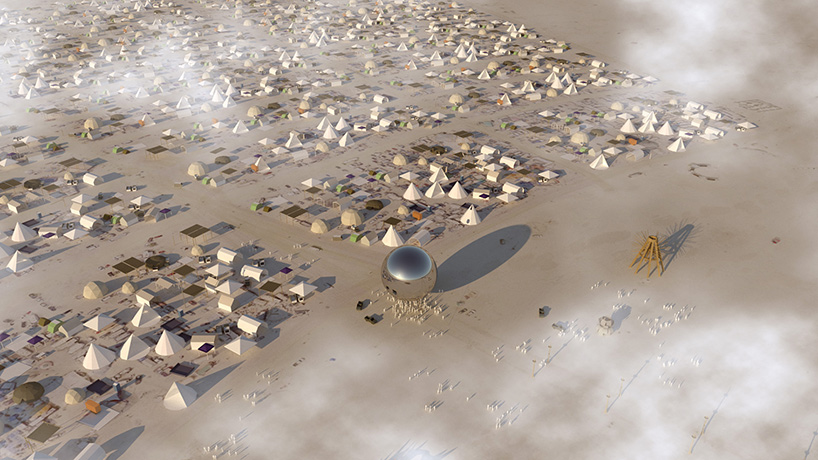 the object would serve as a giant wayfinding device 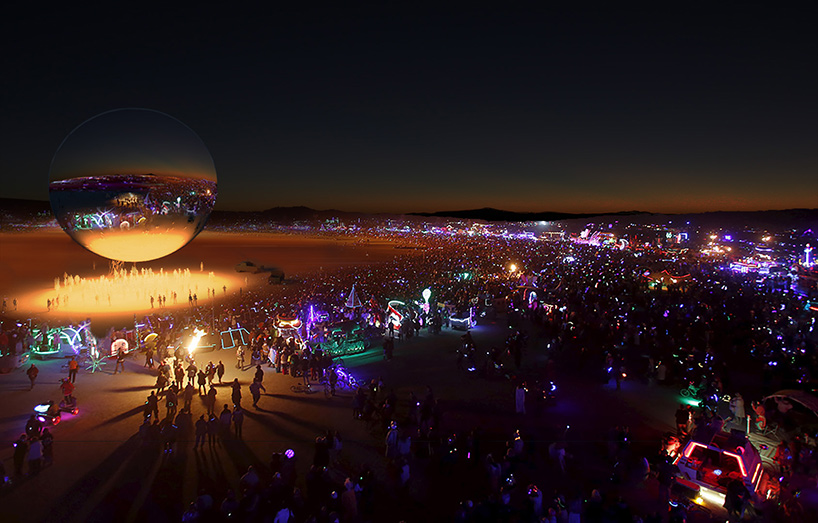 at night, the sphere blends into its surroundings, becoming part of the desert

find out more on the project’s indiegogo page here