the setting for boa mistura‘s latest project is la colonia de las américas on the outskirts of querétaro, méxico – a humble community of working class people consisting of housing (much of which is self built) and small business: ‘misceláneas’ (grocery stores), taquerías, and cantinas.

américas is located across two sides of a hill, and has a ‘boomerang’ form overlooking the two main highways of the state; the ‘5 de febrero’ road and ‘bernardo quintana’, which converge exactly at the apex of las amércias — as a result the neighborhood is seen daily seen by thousands of people. 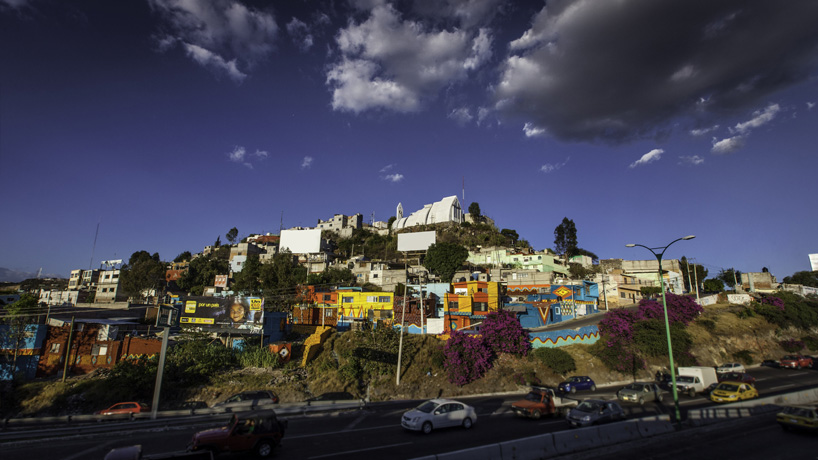 the community is filled with bright colors and patterns

late last year, boa mistura began work on a largescale intervention that reinforces the concept of ‘identity’ in the neighborhood. the first phase saw volunteers paint over 30 buildings with bright colors and forms inspired by the art of the otomíes, an indigenous people hailing from the same part of mexico. the second phase of the project will begin in september 2014 and and continue intermittently until all 1074 buildings have been re-painted. 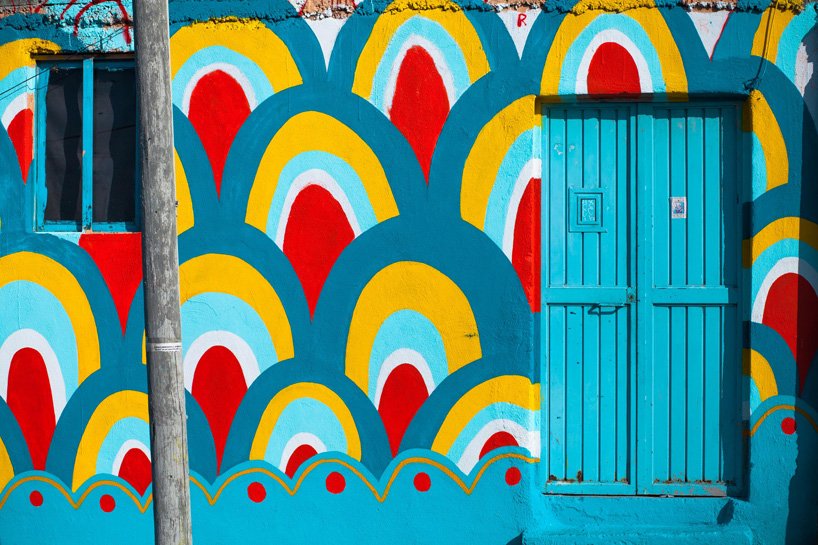 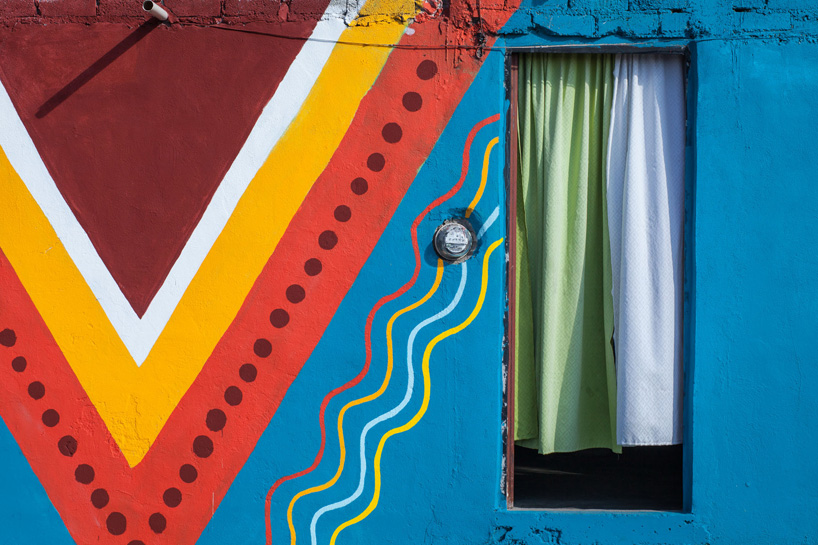 the façade of the residence is brought to life with paint 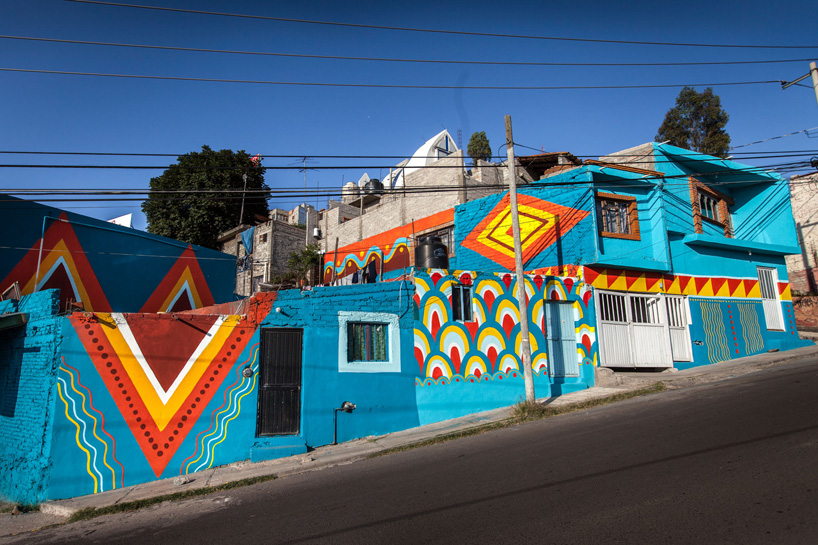 the intervention reinforces the concept of ‘identity’ in the neighborhood 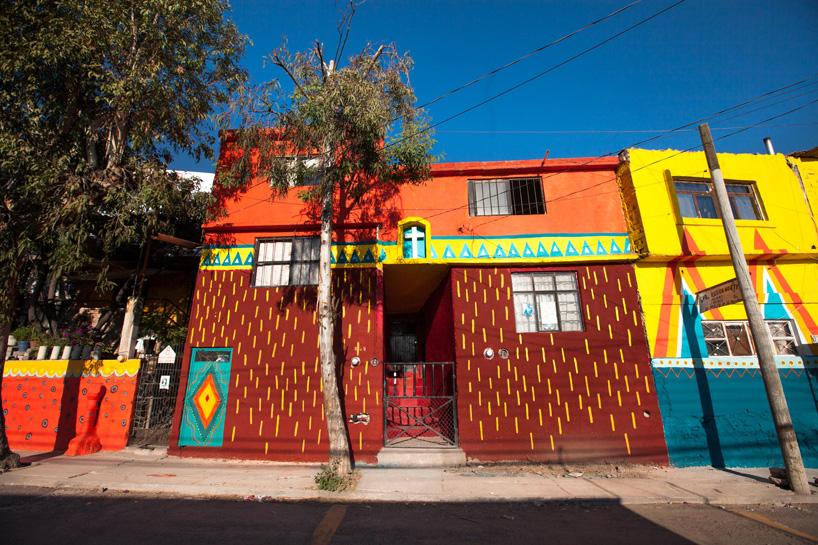 the streets in mexico are colorized by the community 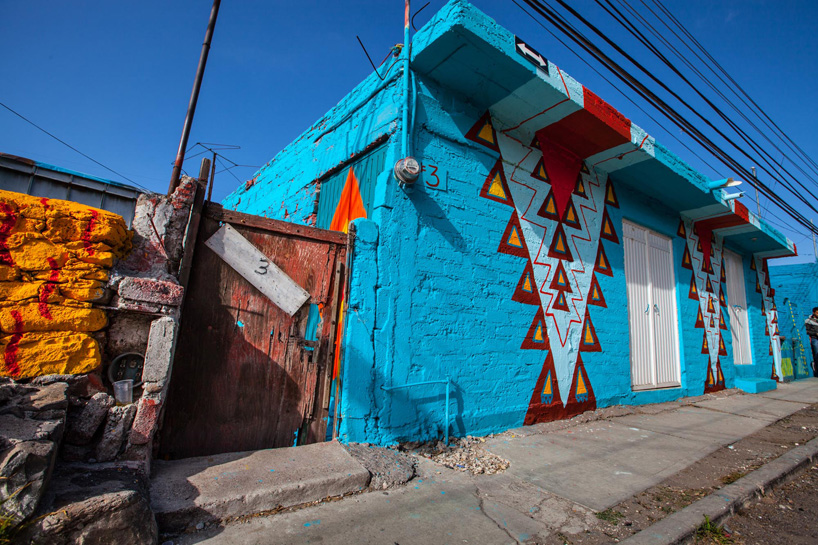 patterns are painted on the walls 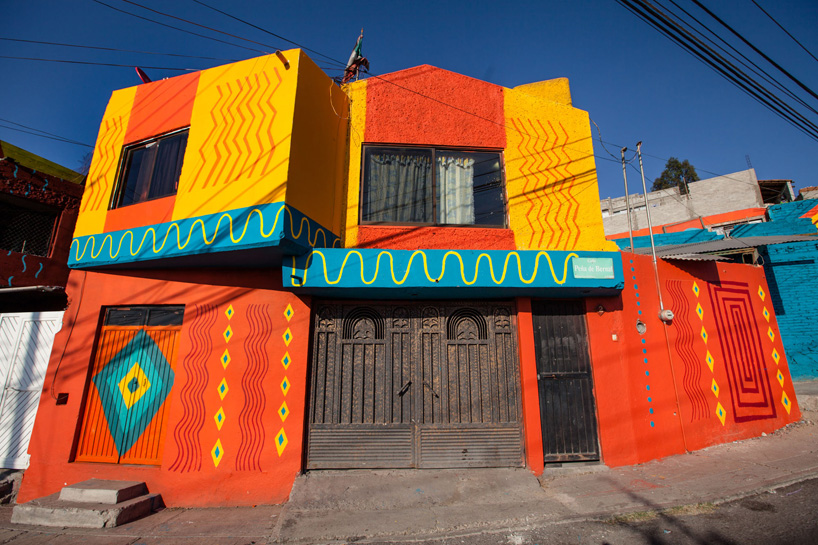 yellow, orange and blue geometry are printed on the building 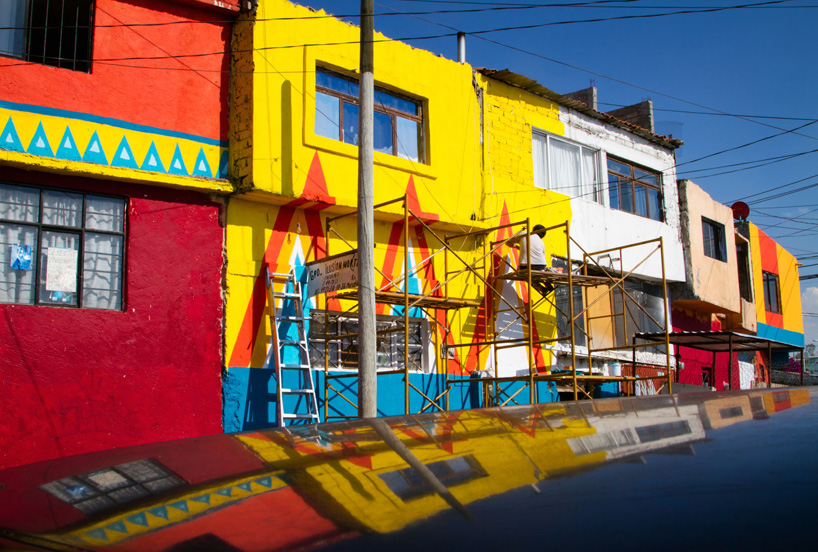 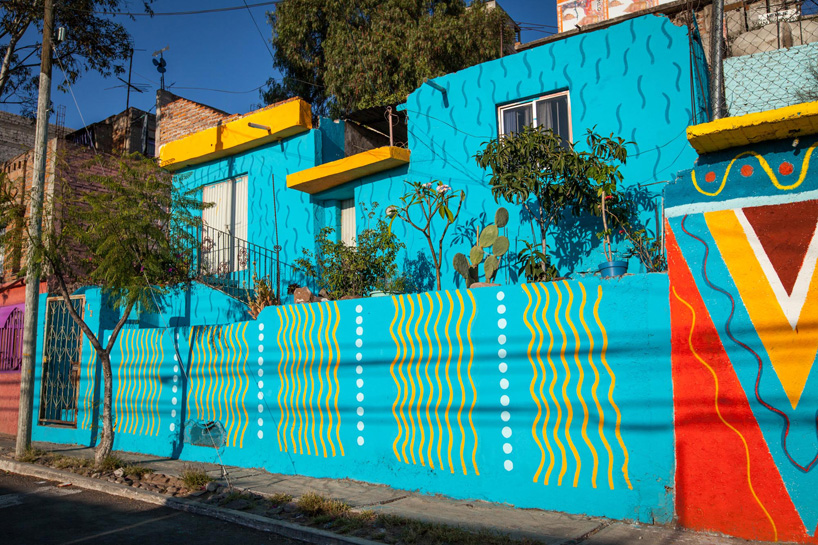 colors intersect with the botanical life in the neighborhood 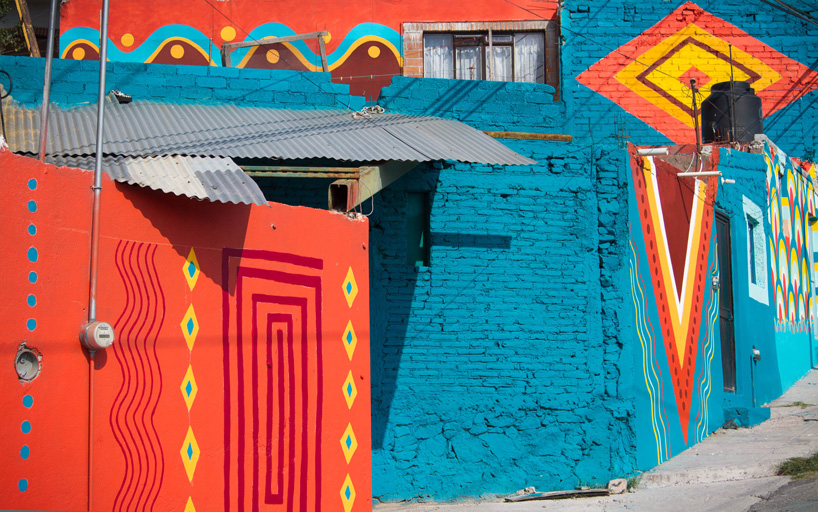 the street is brought to life through the artistic intervention

May 04, 2021
jacob hashimoto on his richly-layered compositions and creating complex cultural landscapes
designboom spoke with the artist about how his upbringing has shaped his creative principles, the loss of materiality and traditional ways of making, and relying on the small things in life.
art
0 shares
connections: 34