a public artist, neighborhood activist and tattoo shop-owner, named jan, wanted to bring smiles to a neighborhood and a grant in utrecht allowed him to do so. the mural almost ended up as a giant smiley on the wall, but after analyzing the facade, and speaking with friends and neighbors, jan knew what to paint. no political books, no religious books — those were the only rules. 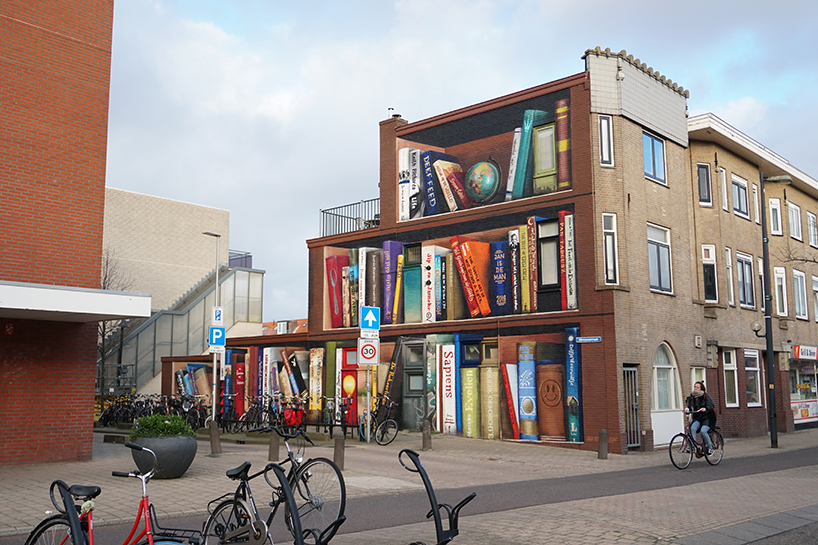 all images courtesy of jan is de man

jan’s portfolio works of murals and public art pop gently off walls, to wave at the viewer, like kinder forms of graffiti that anyone can appreciate. it’s important to jan that everyone surrounding a piece might feel included, so he went around and asked locals of this facade to name a book — not political or religious — that makes them smile. curated by the neighborhood, this illusionary book shelf features 8 different languages and cultures. along with the books, the artist hides smiley faces and his signature, ‘JAN IS DE MAN.’ 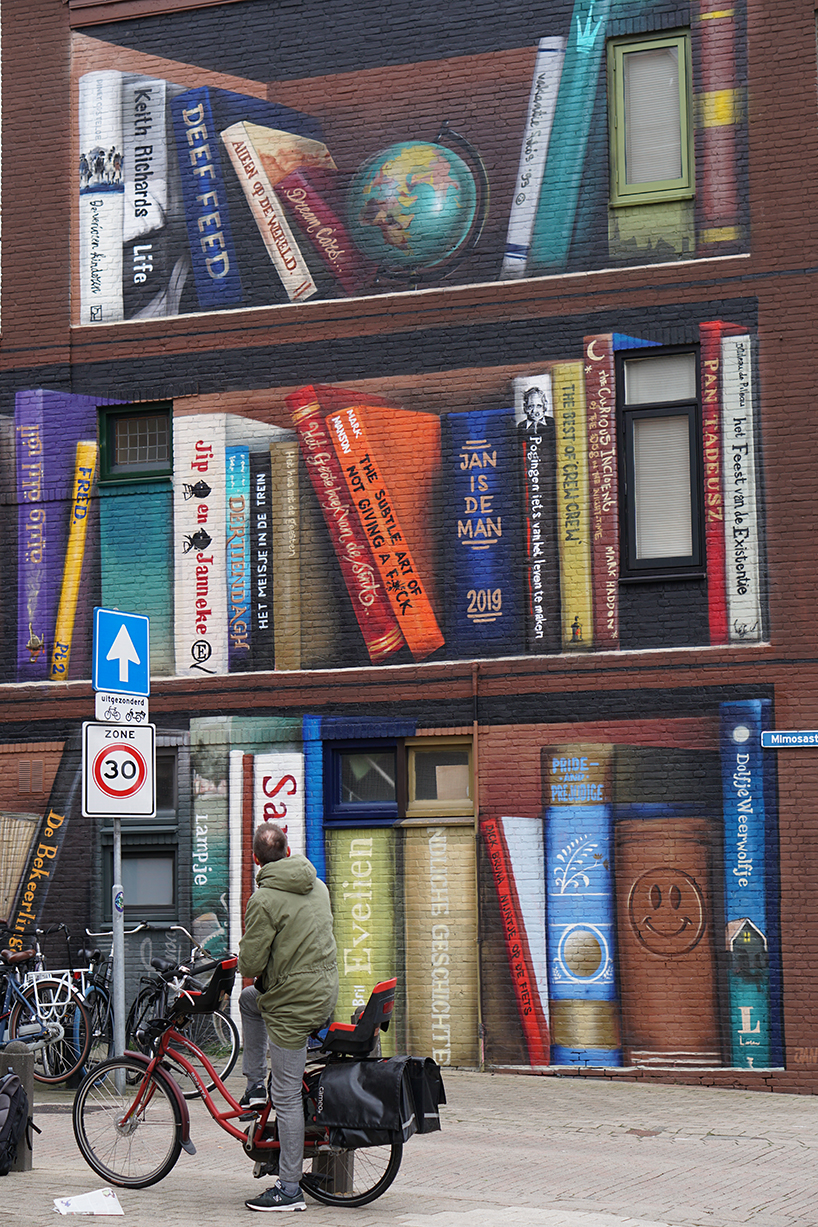 at the end of the day, jan’s main intention was bringing people together and so far it seems to have done so. ‘the neighborhood where this work is made is filled with different cultures. and I’ve noticed that this project brought (and hopefully for as long as it lasts) people together without pushing it. they meet each other through books. regardless of the differences in cultures, regardless of the differences in political point of views. regardless of being extreme right or extreme left,’ jan says, ‘and by being well read, I think, you will have a lot less definite opinions. your mind will be more open for differences, I believe.’ 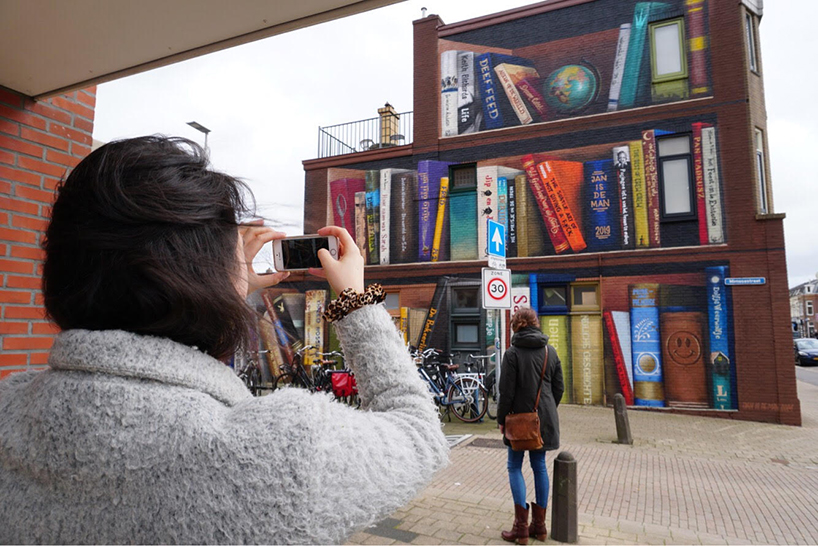 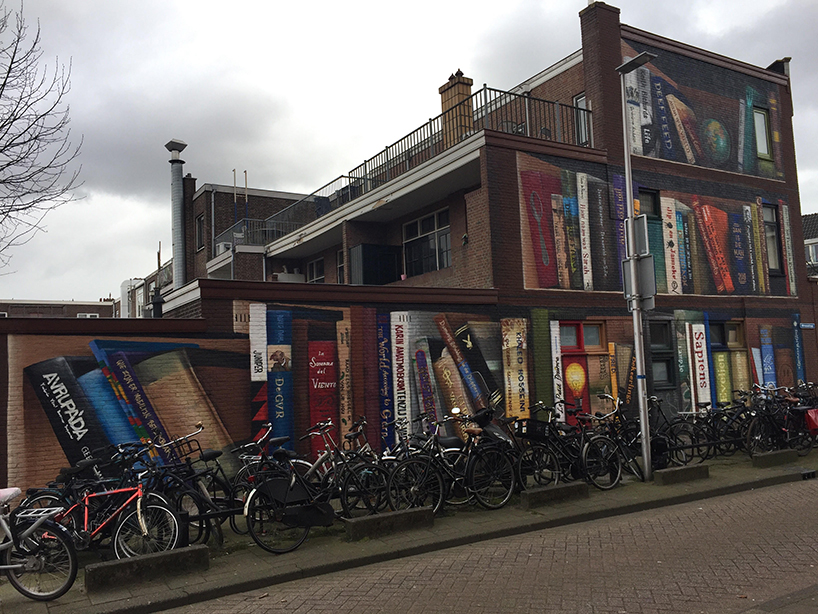