at this year’s agitágueda art festival — running from now until july 26, 2015 — portugese artist bordalo II has used recycled materials and car parts to form a larger-than-life sized species placed in the urban environment.

‘salamander’ is a giant amphibian made from mechanical parts and mixed media, sculpted to suit the biological characteristics of the species. entire cars, tires, bumpers and wheels have been molded and modified into a beady-eyed critter at a magnified scale, twisting and contorting into legs, eyes and a sprawling tail. after modeling the automobile elements into an animal shape, bordalo II animates it with paint, spraying the body and head with orange and yellow spots and realistic eyes to bring the character to life. 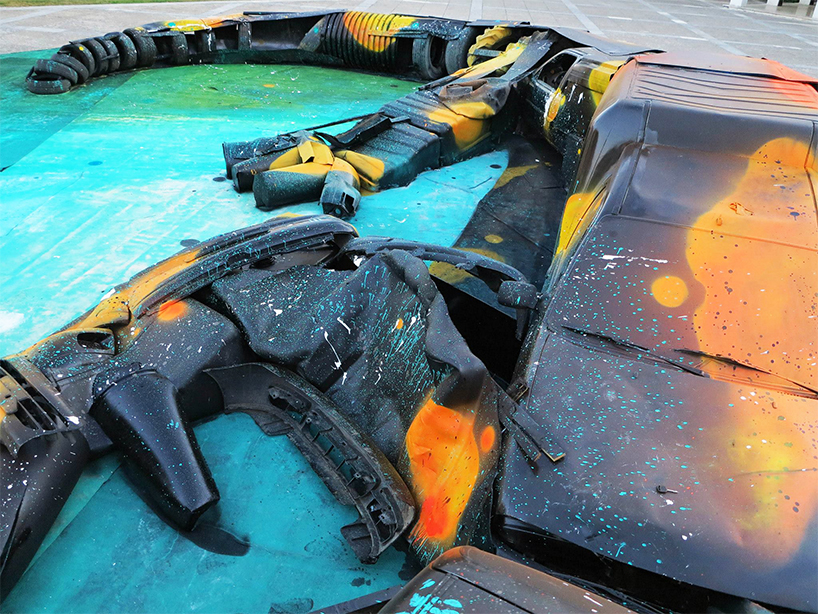 entire cars, tires, bumpers and wheels have been molded, sculpted and modified 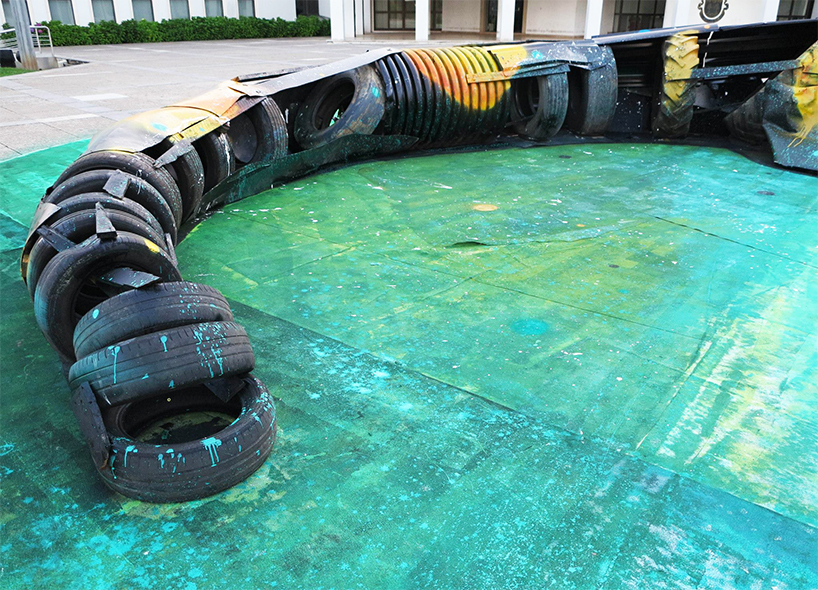 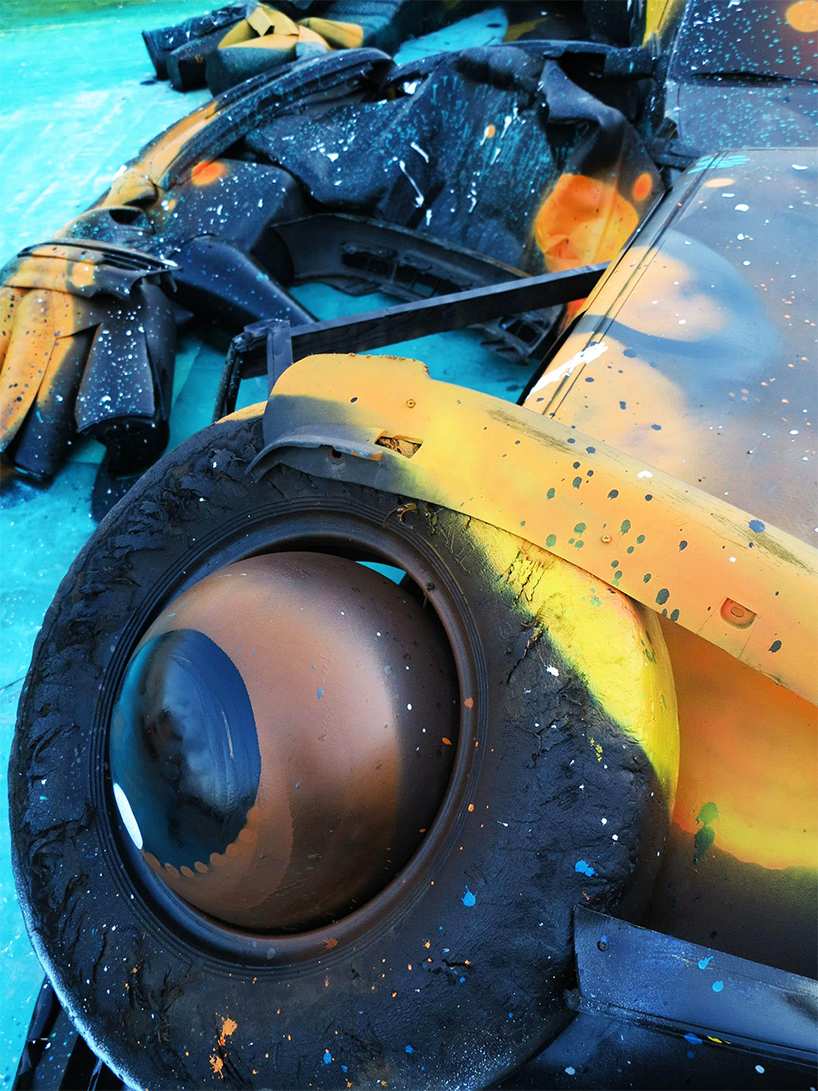 eyes are formed by tires and paint 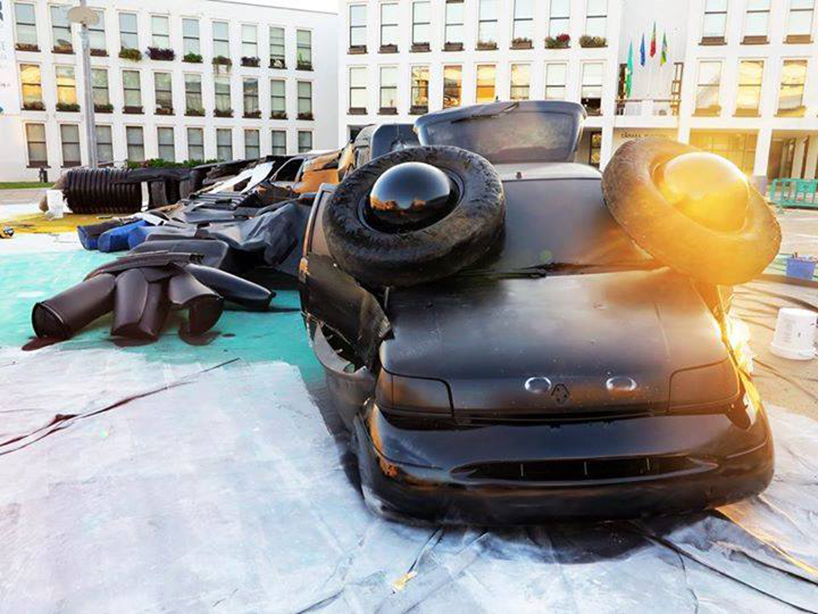 work-in-progress: before painting the ‘salamander’

Jan 12, 2021
tomáš libertíny sculpts beeswax version of the nefertiti bust together with 60.000 honeybees
the honeybees were invited to build their beeswax honeycombs around a 3D model of the original portrait of nefertiti.
art
+23.4K shares
connections: +1230