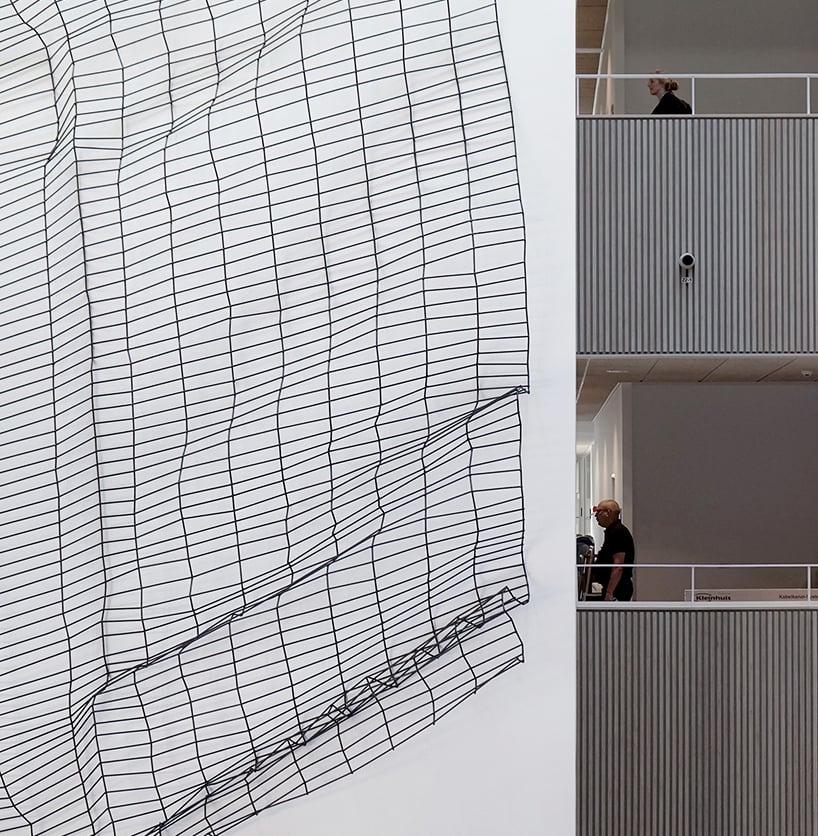 BORGMAN | LENK has conceived ‘klæde’ (cloth) specifically for the campus of lillebaelt academy in odense, denmark. installed in the central entrance hall, the sculpture comprises a grid-like structure that mimics the form of an enlarged fabric web, wrapping around a 22 meter high elevator shaft. 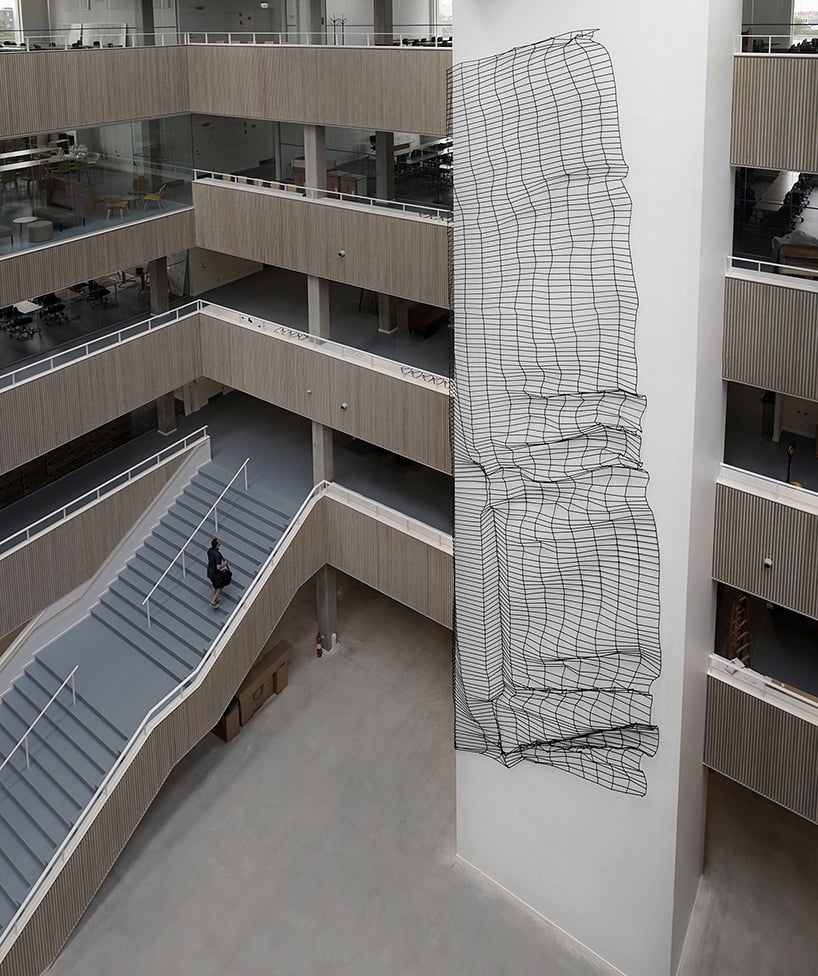 ‘klæde’ is made from 1,000 meters of welded raw steel bars that slides, seemingly weightlessly, over the existing architecture. the oversized structure is treated with oil, creating a shimmering effect on its surface in taupe shades. depending on the perspective and vantage point of the viewer, the giant grid could appear either airy and fragile, or massive and weighty.

the installation is the second to be completed by BORGMAN | LENK at lillebaelt academy in odense, the first of which has seen six pixelated architectural interventions assembled from white square tiles. 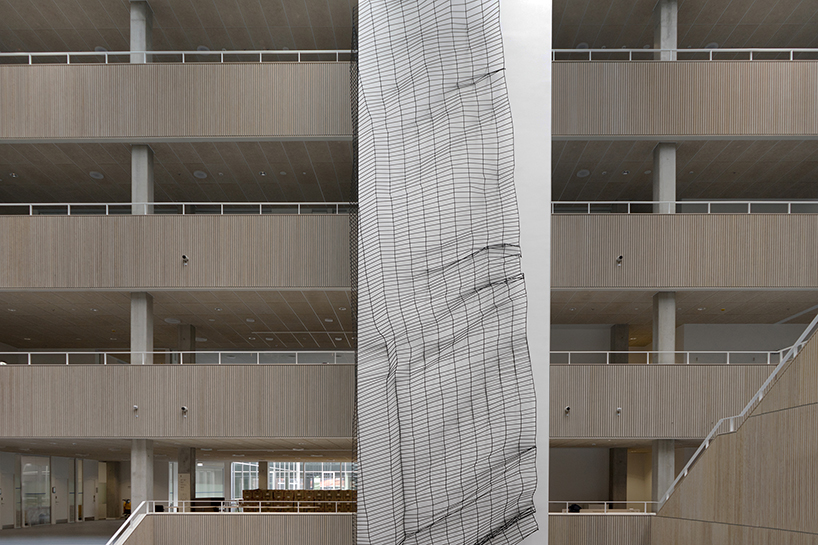 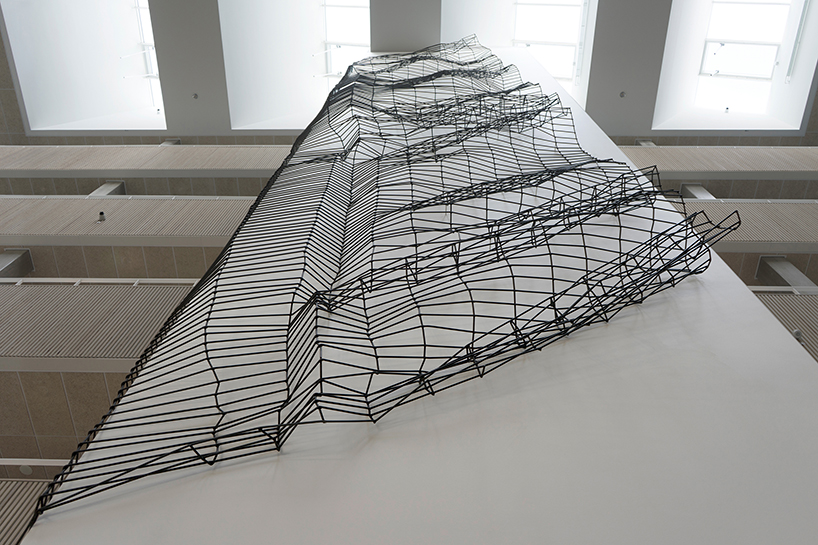 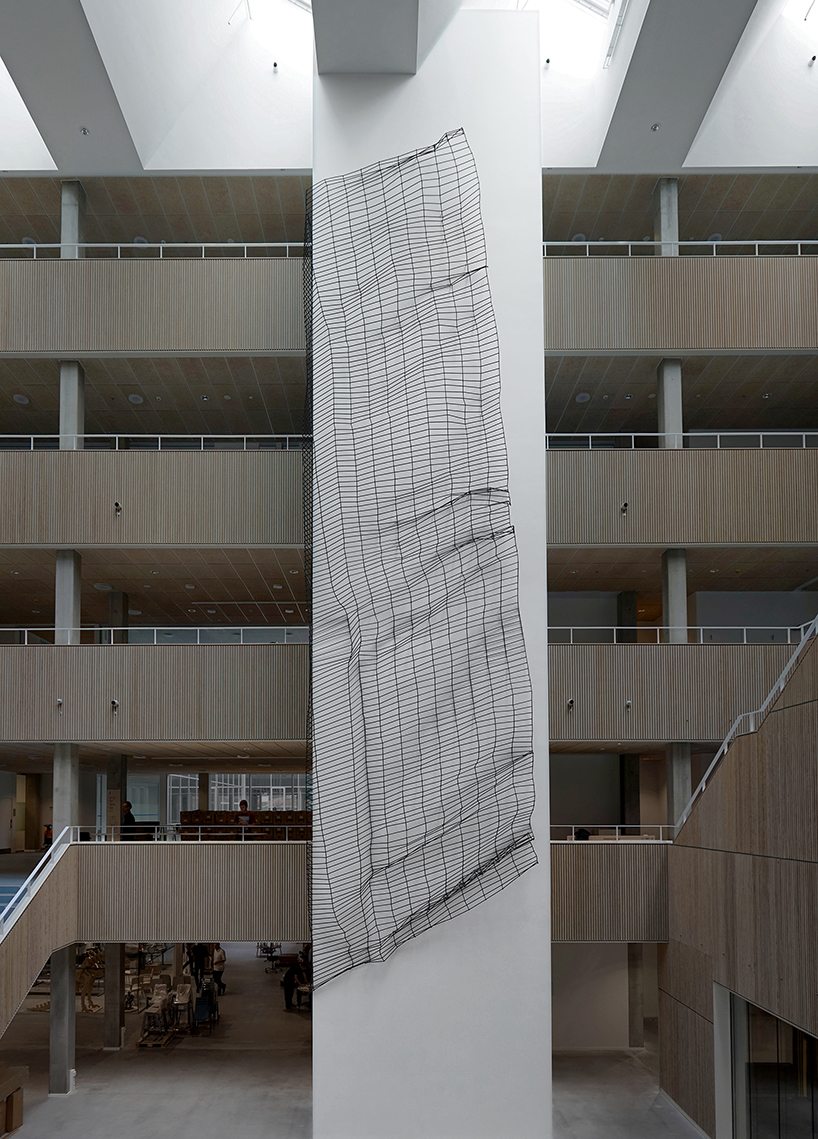 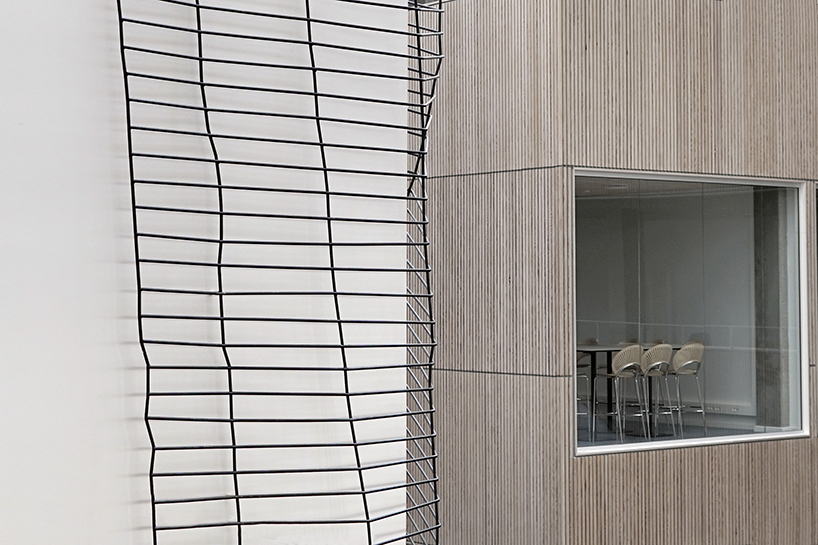 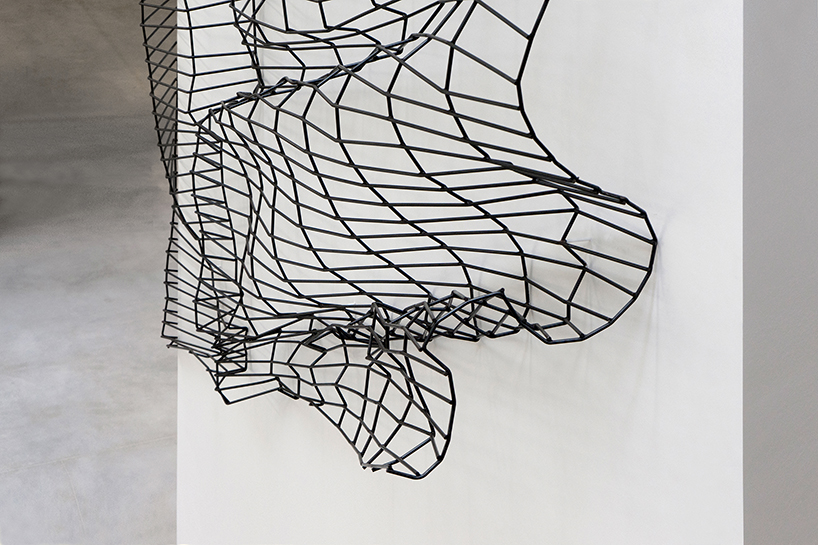 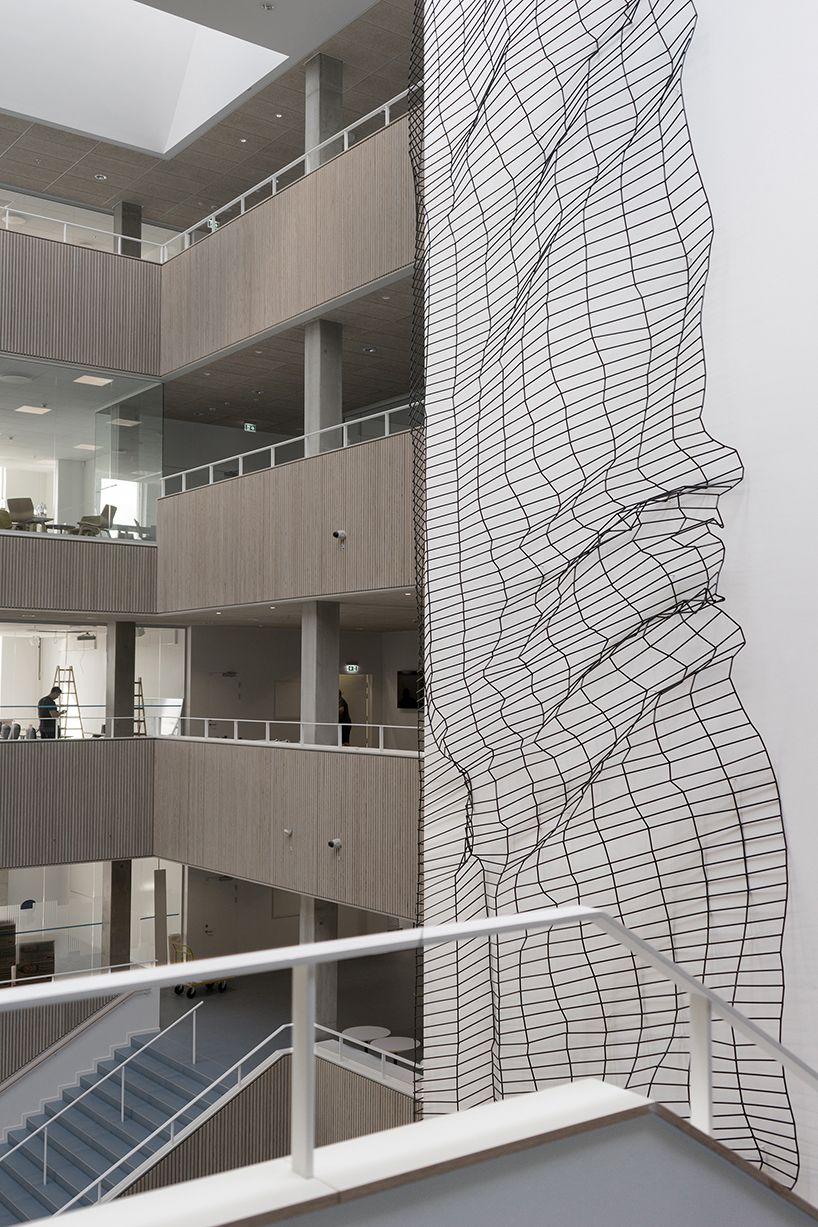 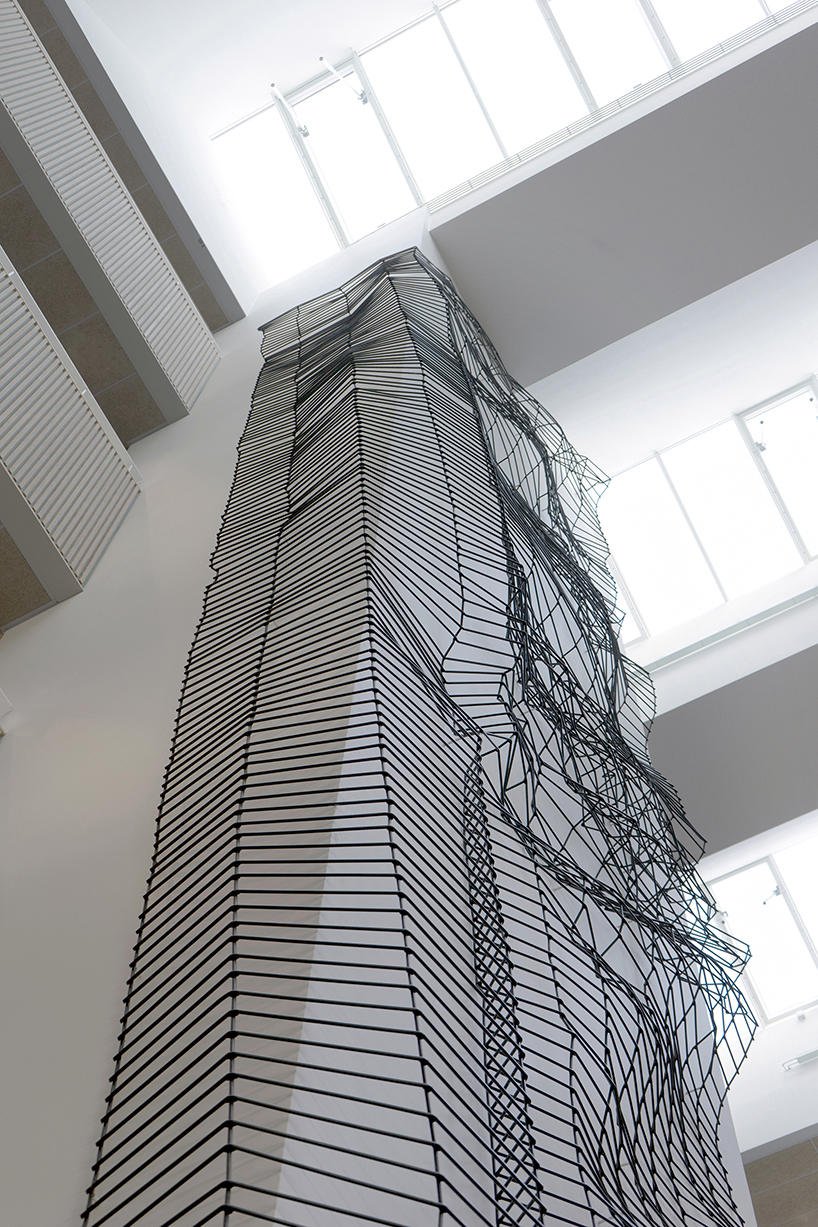 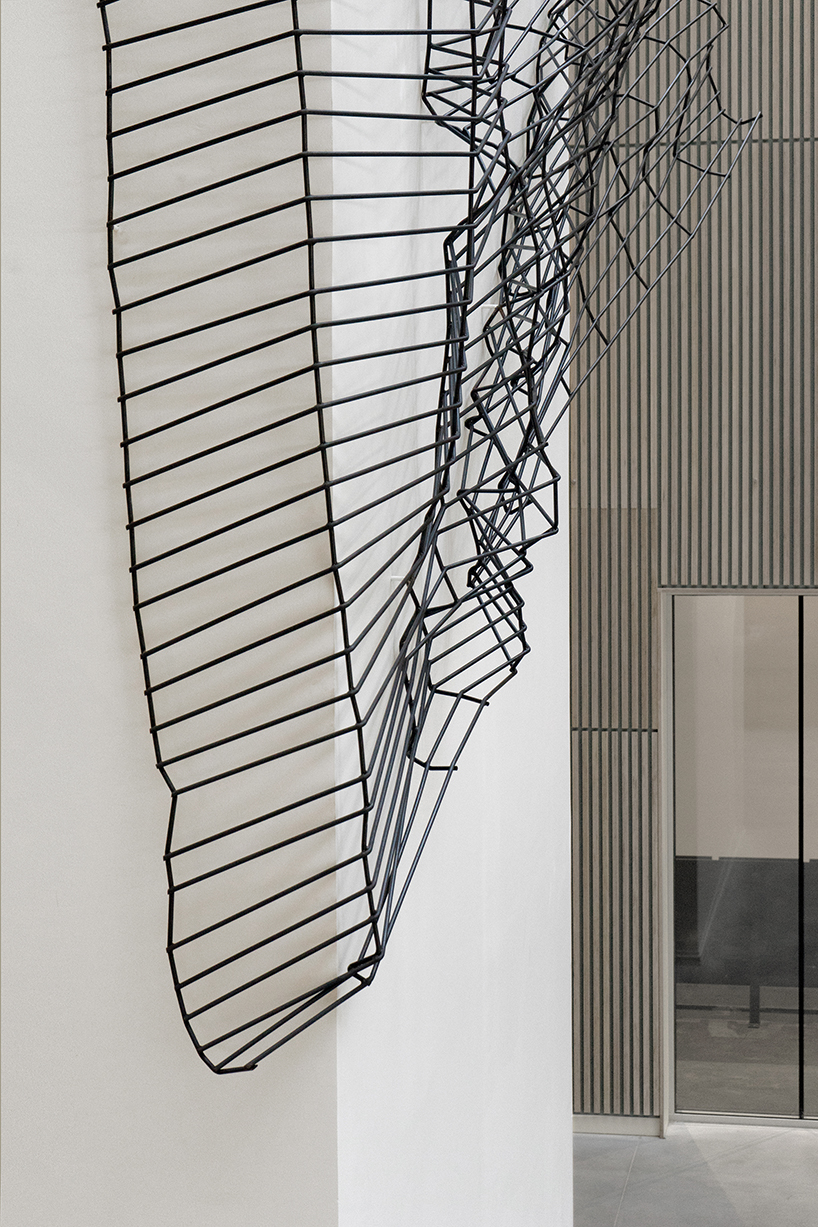 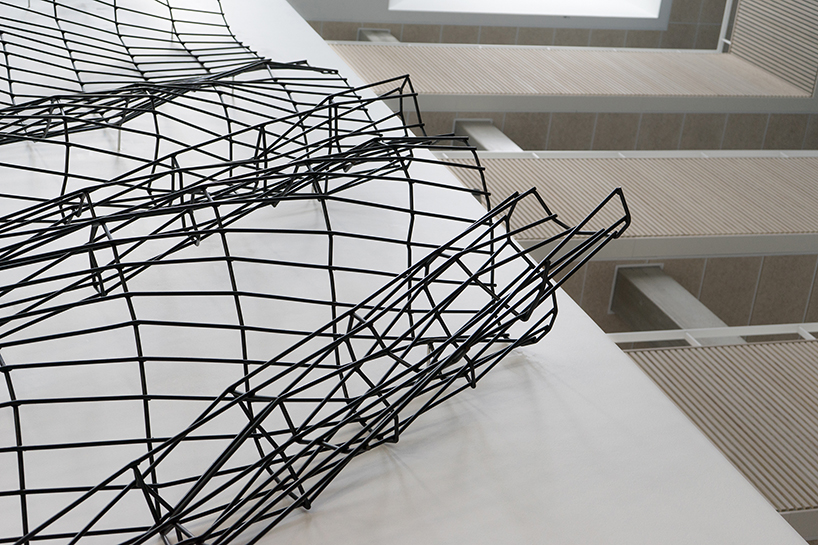 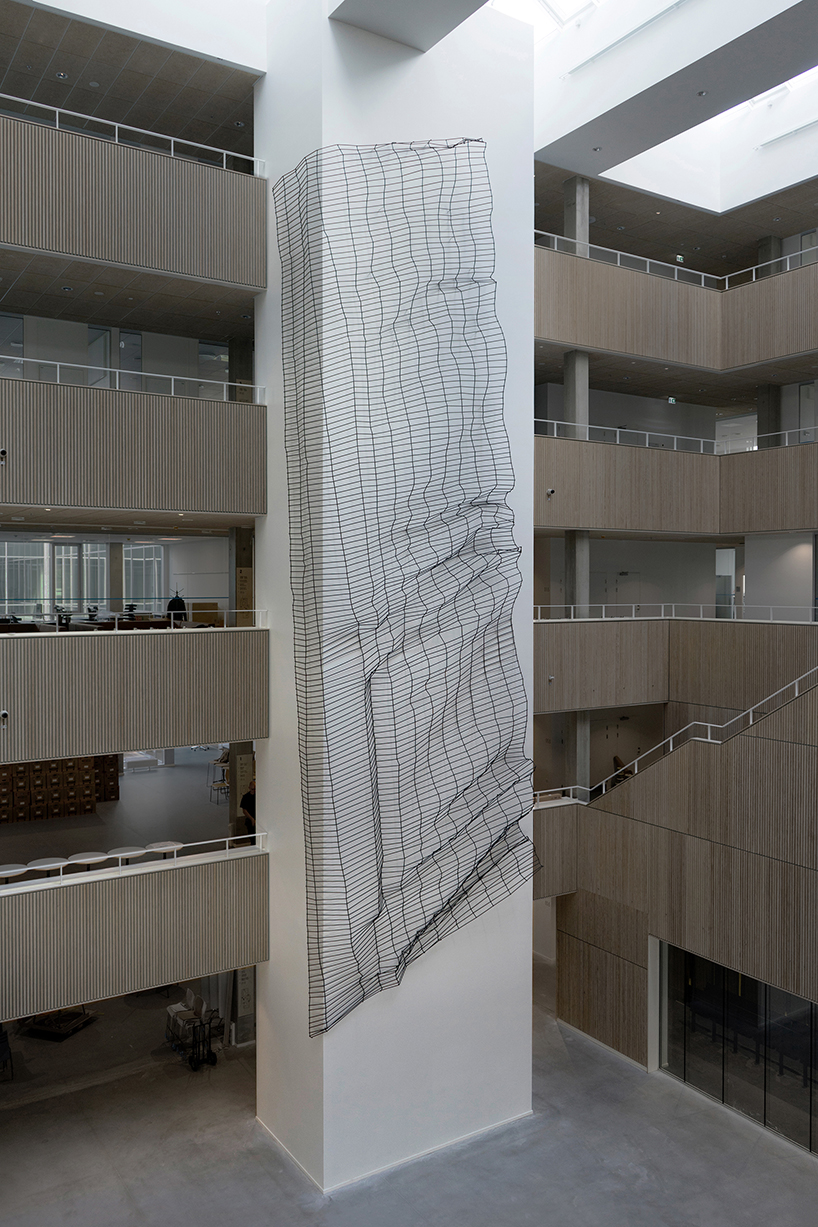 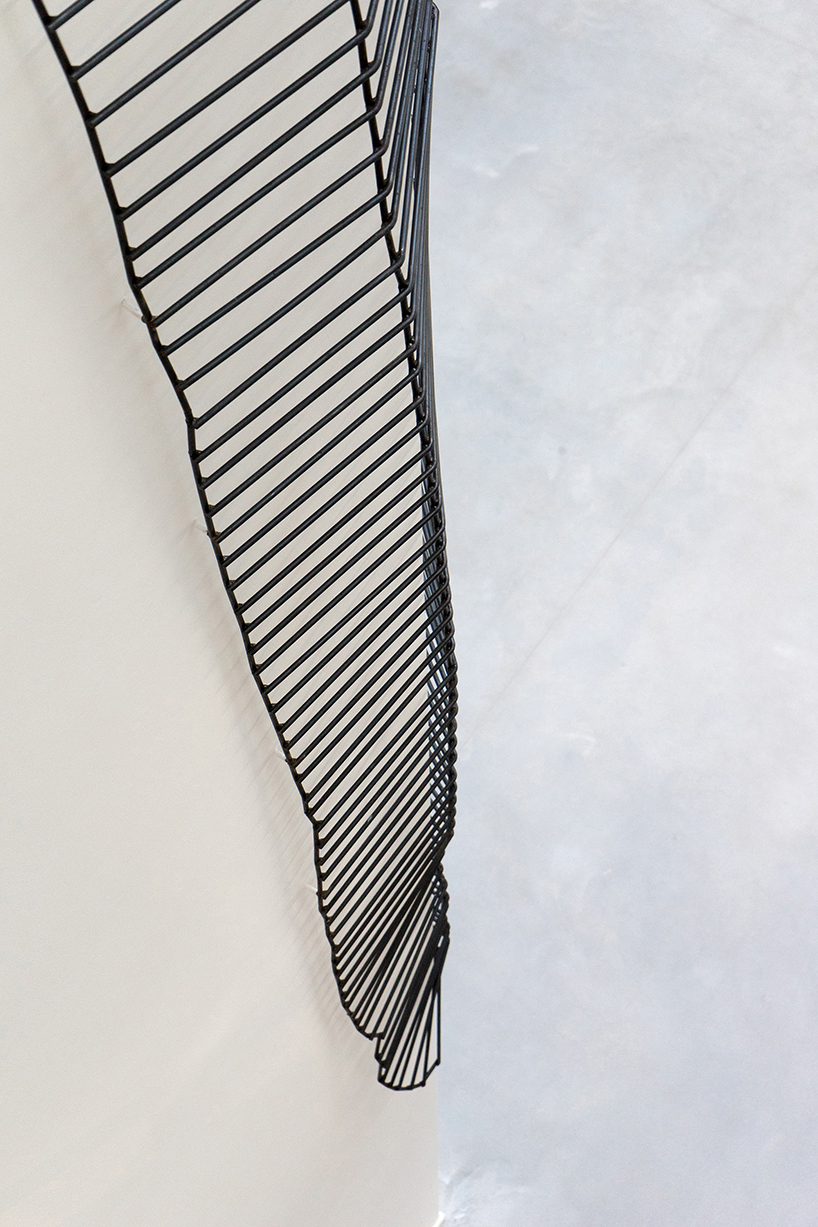 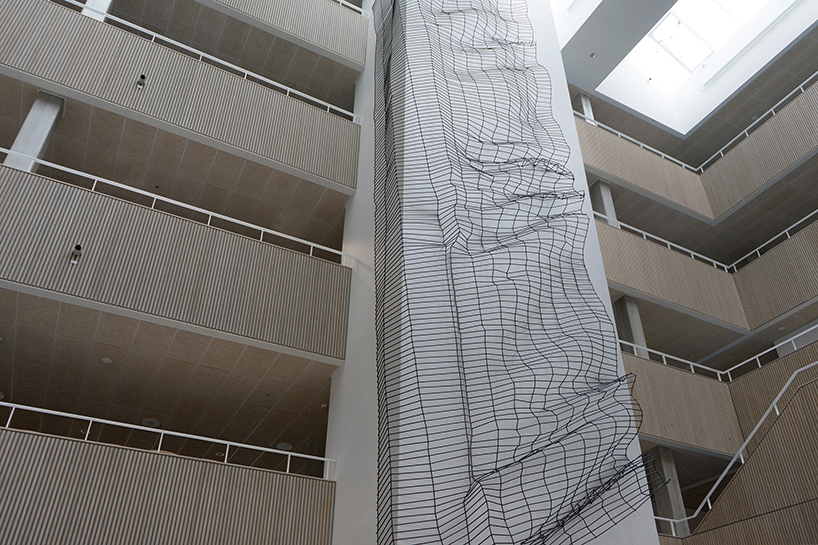 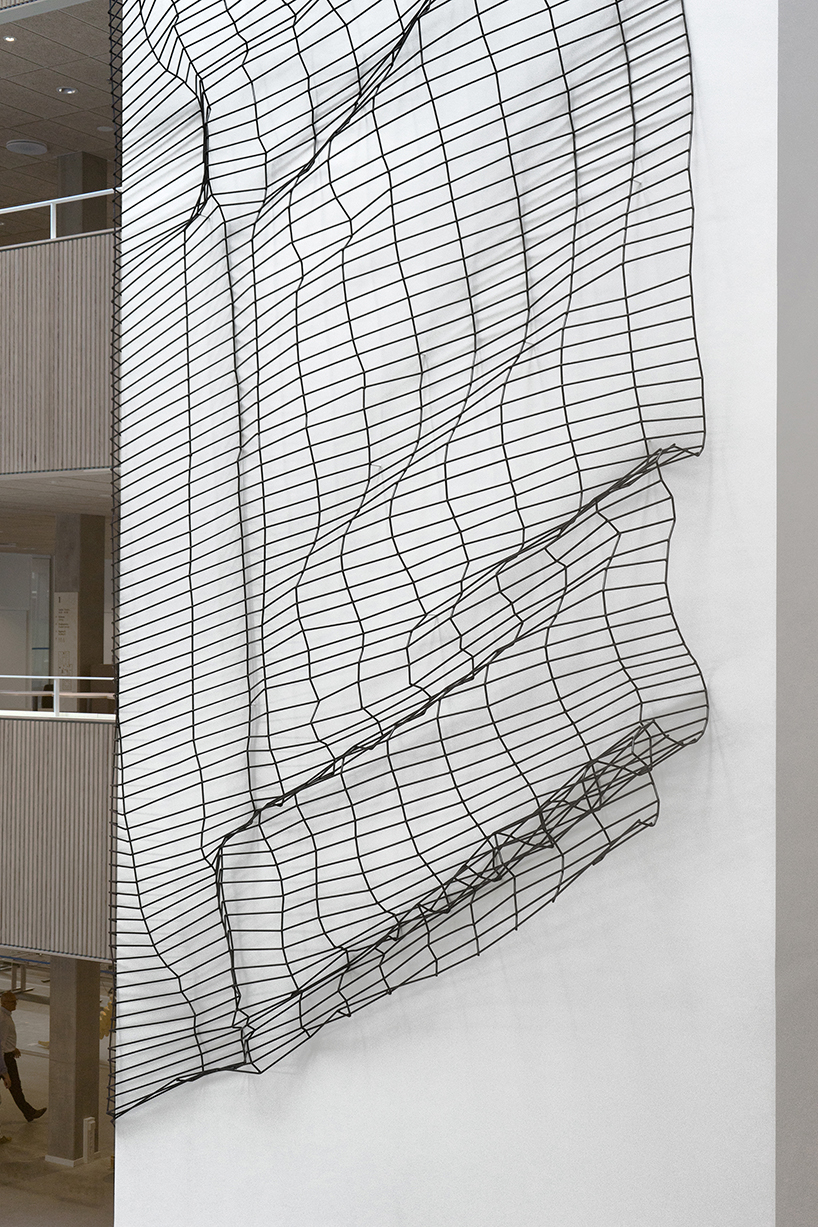 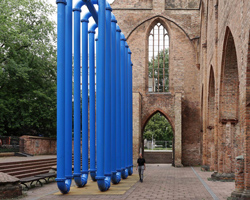 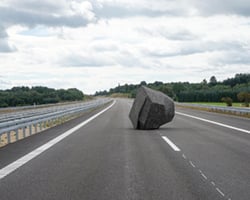 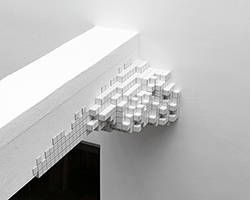 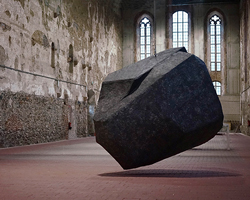 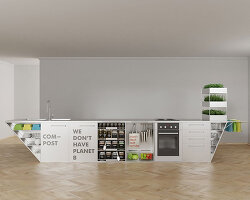