ironic ‘once ice’ meltwater claims a ‘stop’ to global warming

Amsterdam-based visual artist Allard Boterenbrood presents ‘Once Ice’, a conscious artwork that proposes an ironic solution to the ever-rising sea levels with a collection of bottled meltwater. The non-potable ‘beverage’ has been captured from some of the world’s most coveted melting glaciers across the Arctic and Antarctic, and meticulously matured and steeped in over 100,00 years of heritage. The bottled meltwater, prevented from flowing out into the sea, is available in three varieties that reflect their locations, revealing aspects of both the high mountains and the deep oceans, from across the world.

In a humorous commentary of the inefficient political agenda and corrupt commercialization behind the fight against climate change, the project ‘symbolizes man’s betrayal of the climate’ and empowers the consumer to become an active agent in the plight. The artist warns, however, against drinking the meltwater, which might be laden with biological hazards like viruses, metal, plastics, chemical residues and suspended rock particles. 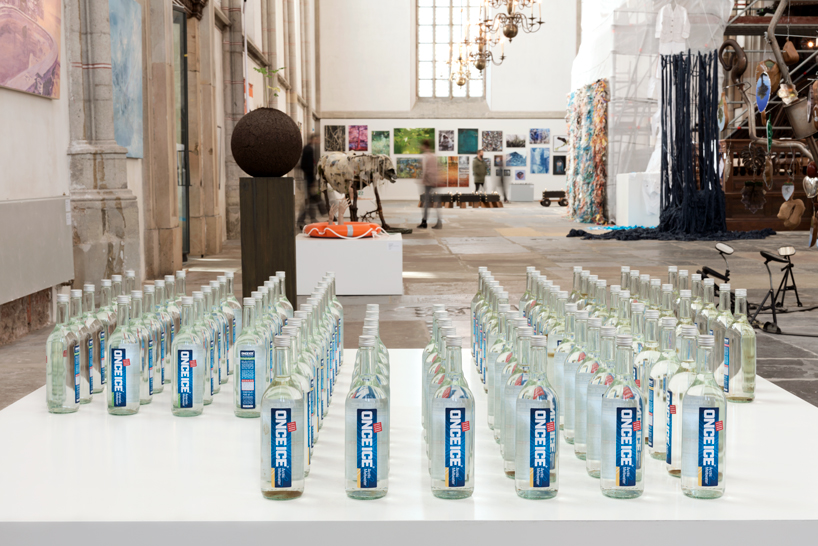 The title ‘Once Ice’ is an ironic commentary on the challenges of climate change and the interwoven political agendas and ramifications. In a humorous take, Allard Boterenbrood’s bottled glacier meltwater debunks the myth that dominates the climate debate, which shifts wider responsibility from political powers onto the general population, encouraging routine behavioral changes such as turning off lights, taking shorter showers, and separating waste — to little effect. ‘But the real change starts with politics,’ the artist argues. ‘Twenty years on, temperatures are still rising, species are dying out and we are heading for unimaginable disaster,’ he continues. Further, ‘Once Ice’ alludes to the endless parade of hustlers who see a revenue model in every crisis and enrich themselves under the guise of ‘the common good’. 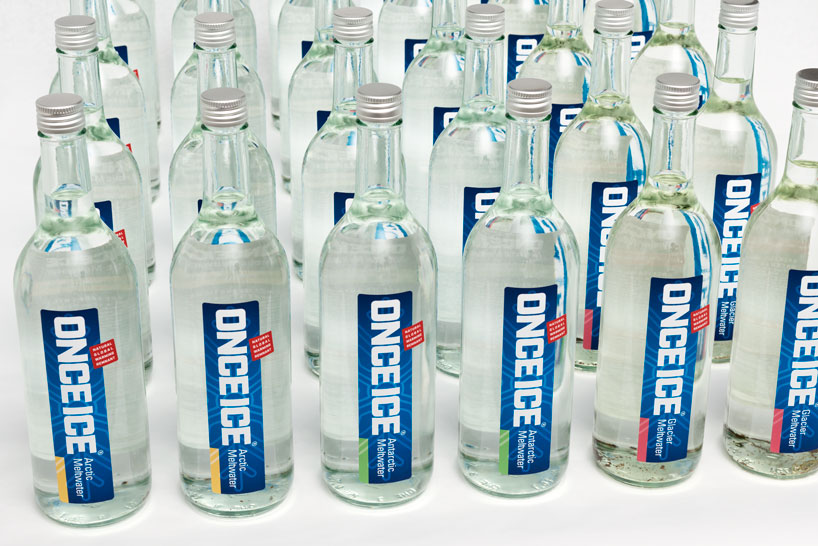 ‘Once Ice’ is available in Arctic, Antarctic and Glacier Meltwater ‘flavors’

Allard Boterenbrood unveils his new project on the occasion of the Climate Expo ’22 held at Museum de Fundatie in Zwolle, the Netherlands. Launched as an initial limited edition batch of 3,000,000,000 units, the bottles are available in three different ‘flavors’: ‘Once Ice Arctic Meltwater’, ‘Once Ice Antarctic Meltwater’ and ‘Once Ice Glacier Meltwater’. The products present a fine blend of different types of unsustainable meltwater derived from 350 selected melting glaciers from North America, South America, Europe, Asia, Oceana and Africa — including the Amery and Brunt Ice Shelves, the Beaufort and East Siberian Seas, and more.

The accompanying tongue-in-cheek slogan ‘DO NOT DESPAIR, SALVATION IS AT HAND!’ suggests an invigorating promise to consumers to stop global sea levels from rising with the simple purchase of bottled slush straight from the Arctic and Antarctic. Further emphasizing the satirical concept, the meltwater can even be turned back into ice by placing it in the freezer at home. 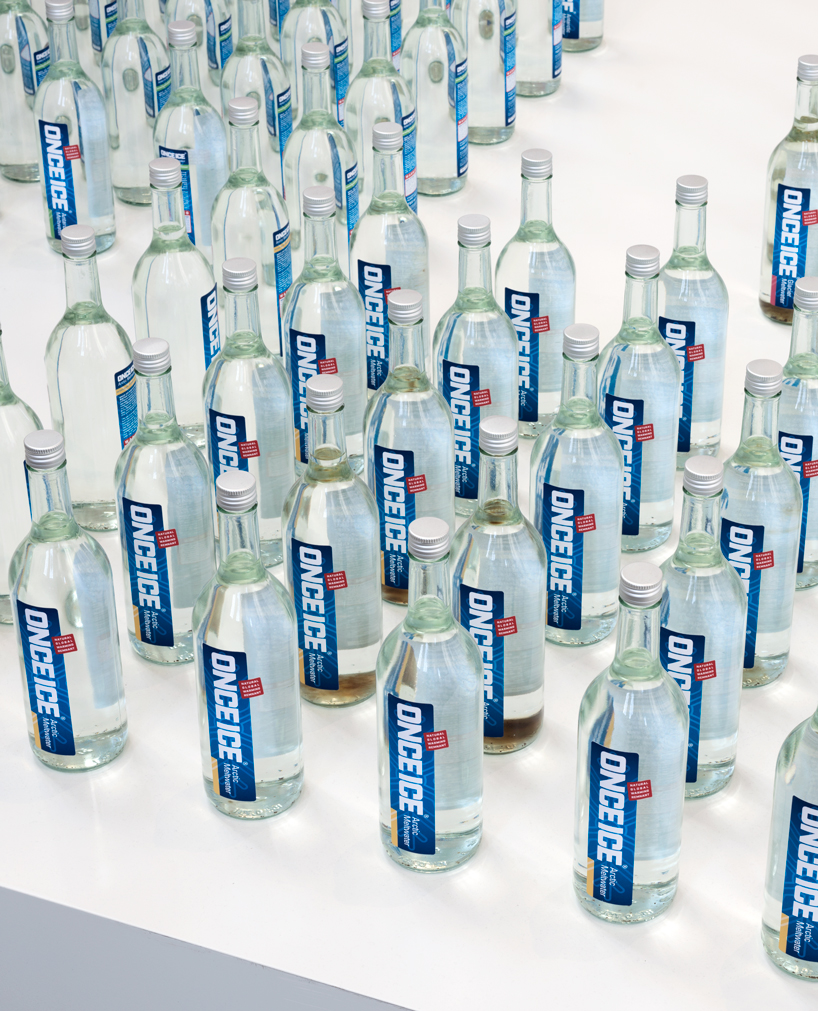 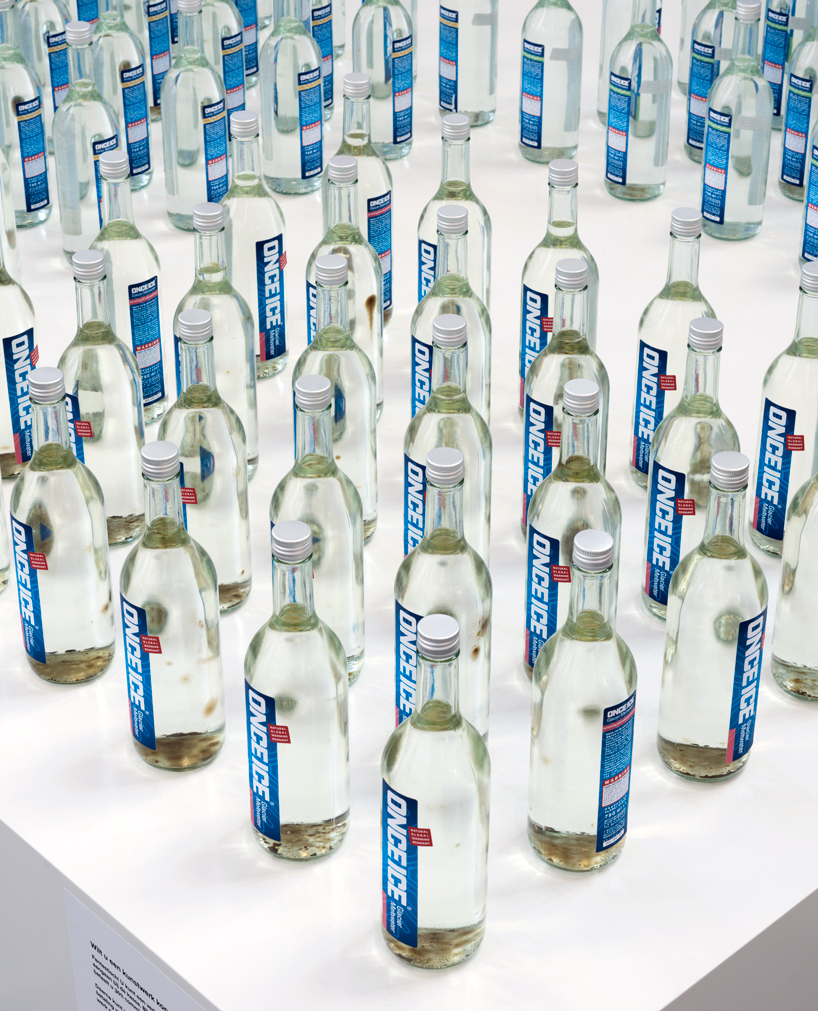 the meltwater has been meticulously matured and steeped in over 100,00 years of heritage 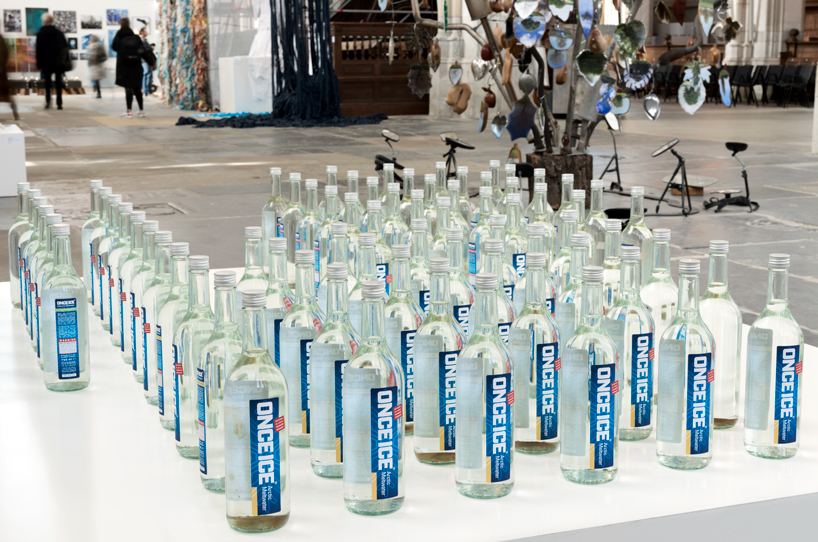 Allard Boterenbrood unveils his new project at the Climate Expo ’22 in Zwolle, the Netherlands 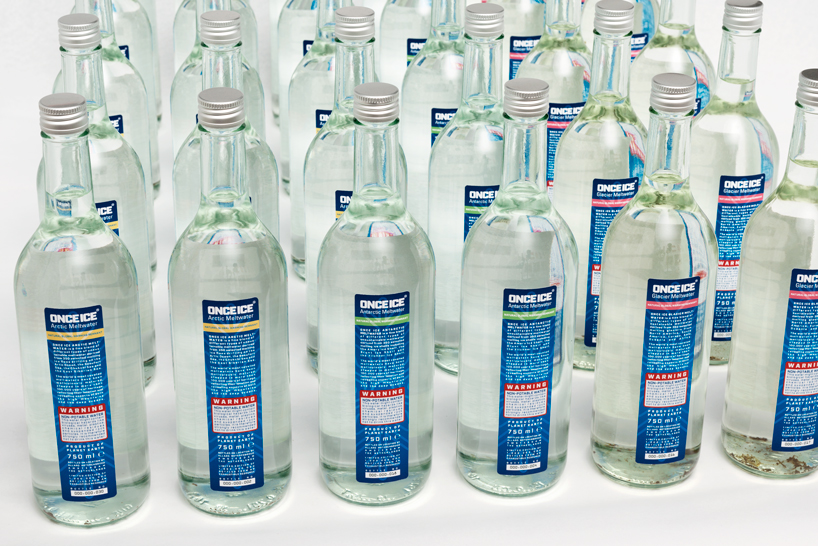 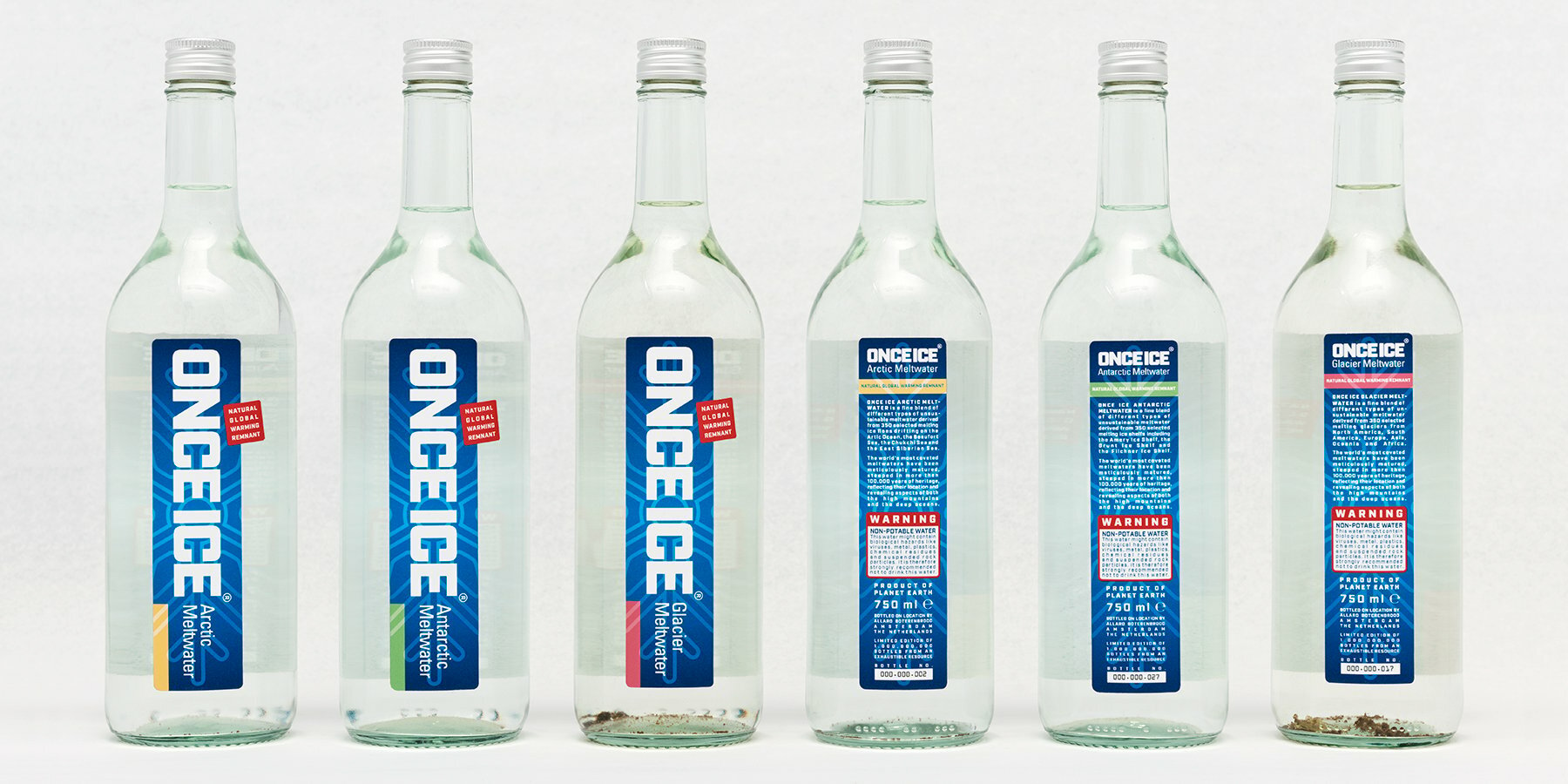