portland-based artist peter gronquist explores and interrogates the idea of globally recognized brands and icons – often using the medium of taxidermy and taboo to deliver his message. from stately portraits of bisons and gazelles donning excessively majestic antlers of twisting golden firearms to sparkling grenades depicting well known brands such as hello kitty – each piece comments on controversial topics within contemporary consumer culture. often with a palpable sense of dry humor, gronquist merges the elements of death, nature and a materialistic society to produce strikingly contentious installations with which he questions the deteriorating human relationship to their environment and, ultimately, one other. 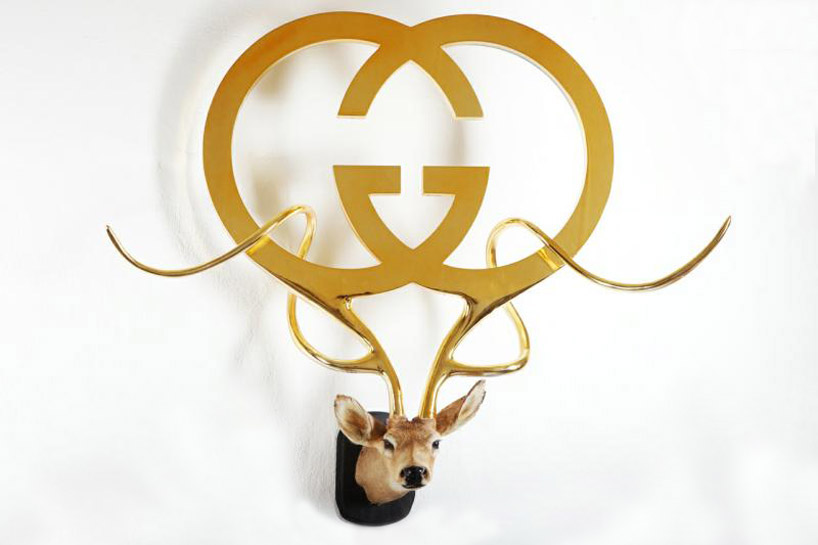 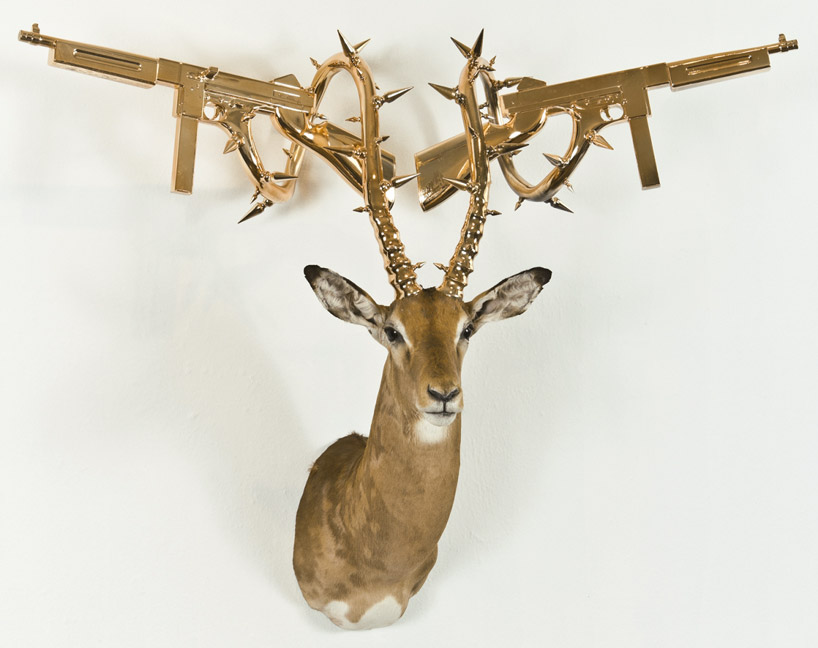 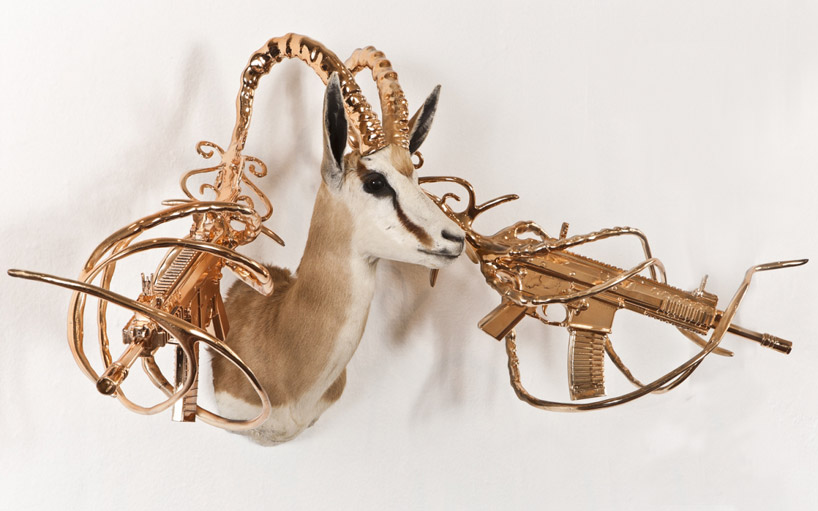 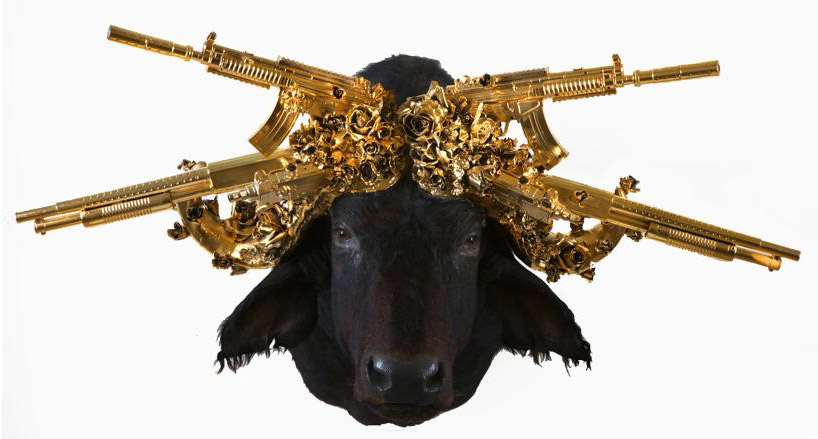 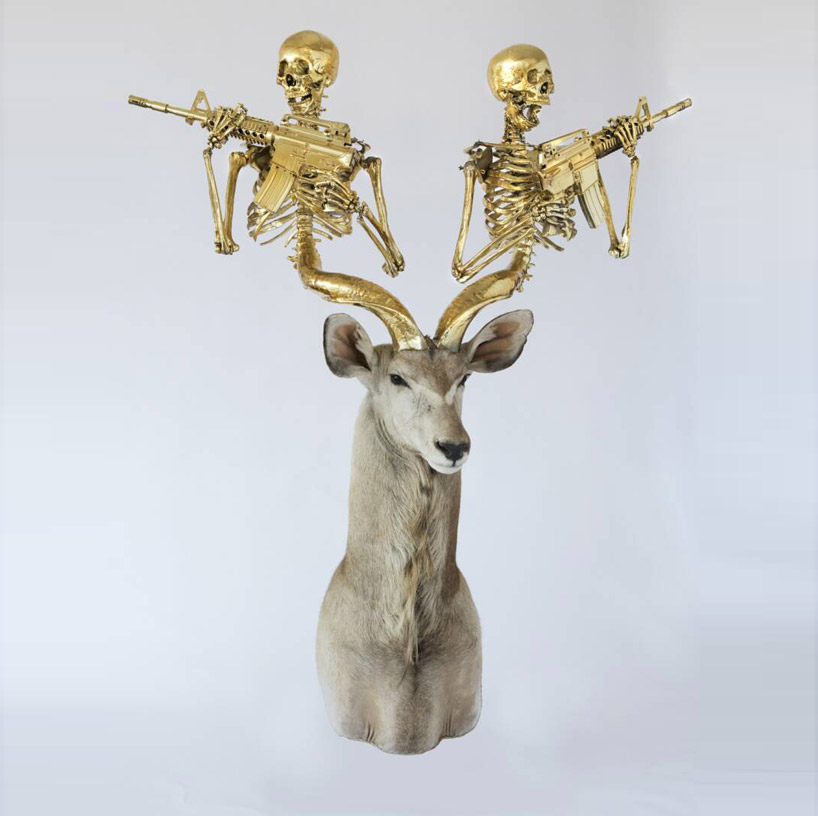 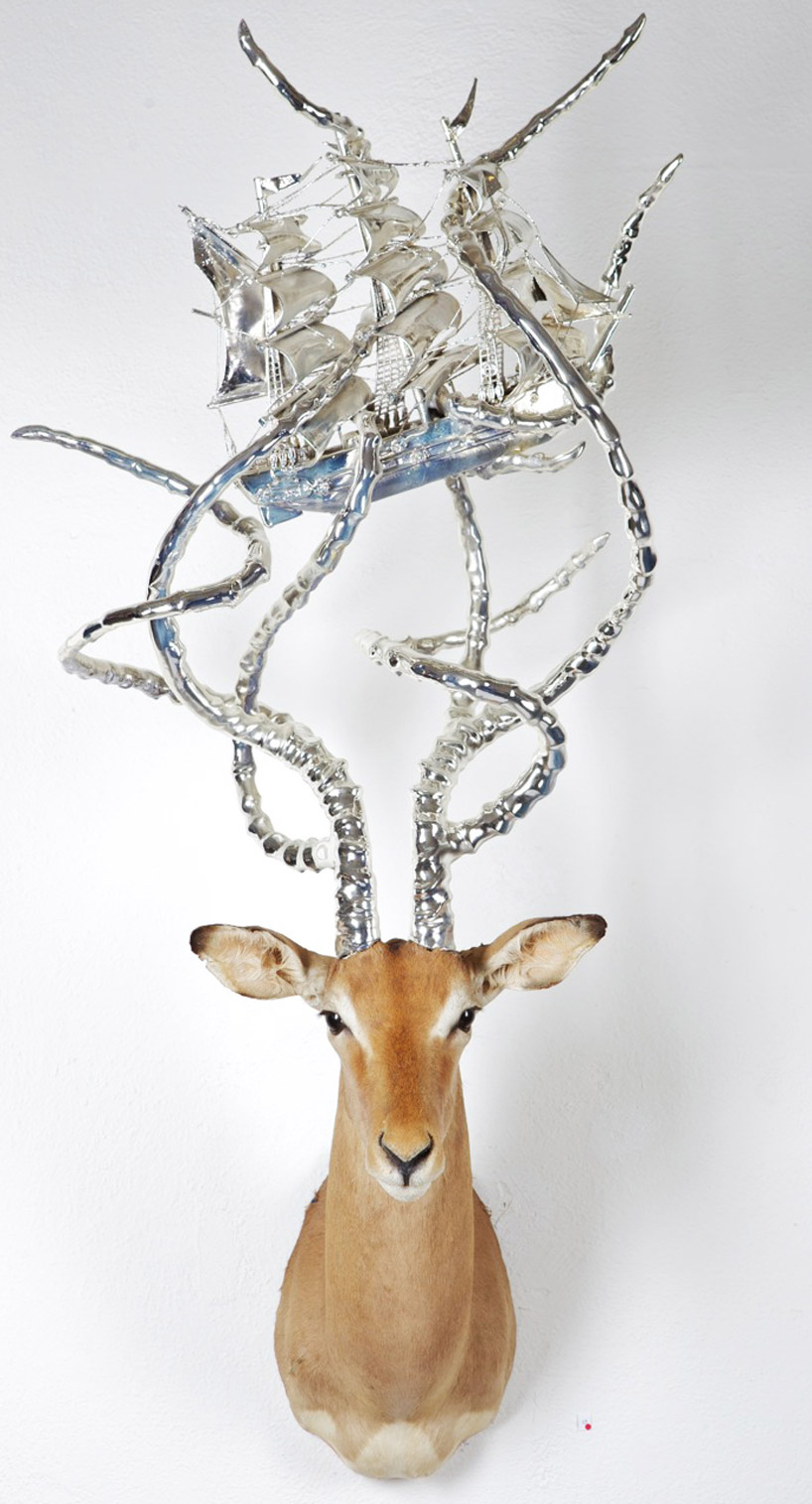 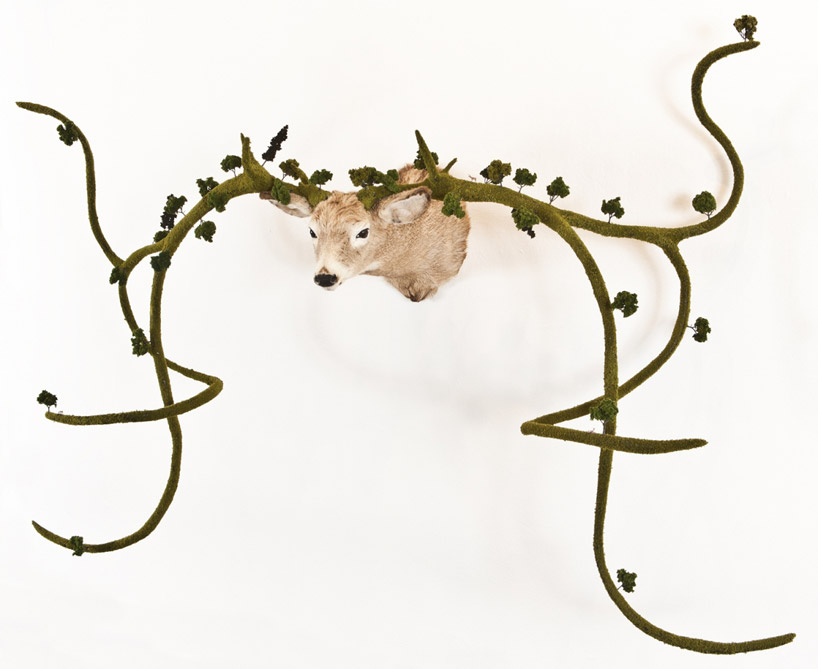 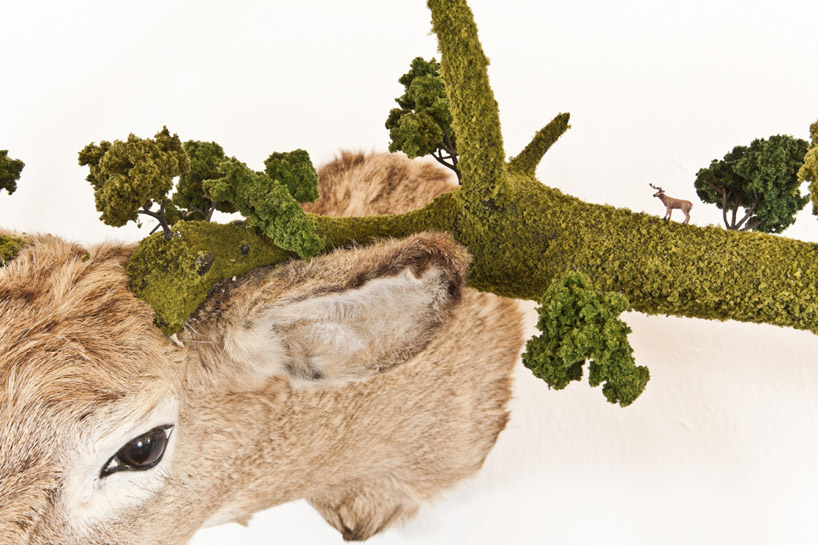 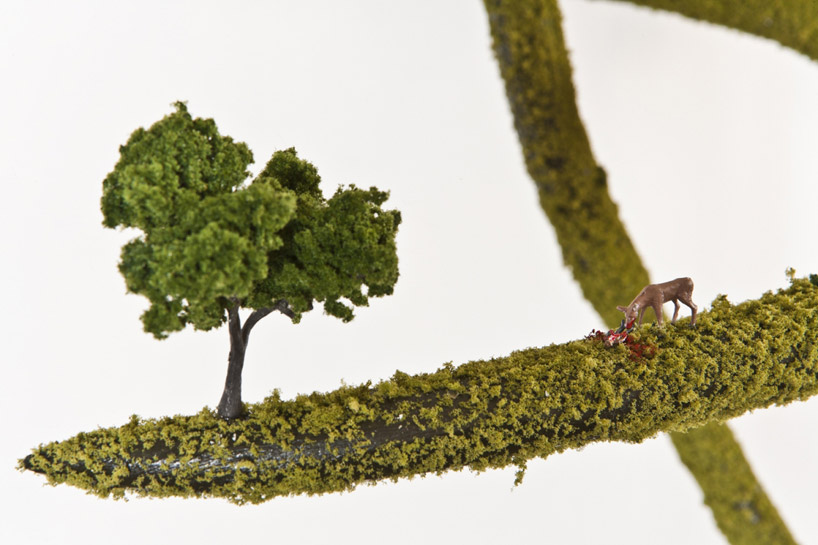 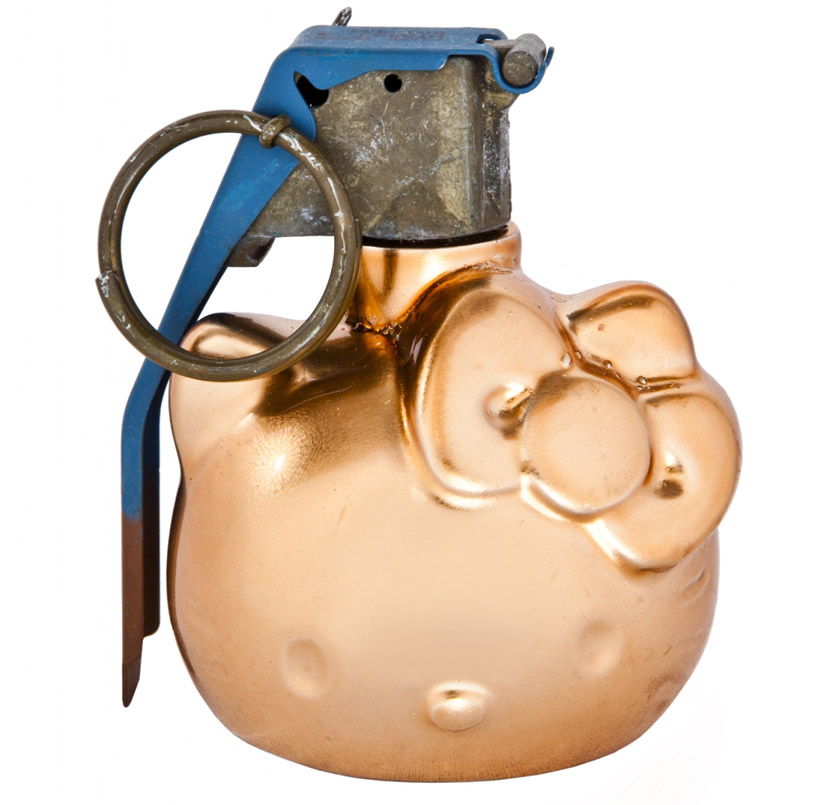