the brazilian pavilion, curated by ivo mesquita, represented the work of artists delson uchôa and luiz braga, who both live and work in the northernmost region of brazil.the exhibition shows the diverse artistic practices that are taking place in the country and seeks to constitute a national, aesthetic and social representation. the work on show is not about imprinting a sociological or anthropological view on the works, or reading into them as signs of nationality or exoticism. but on the contrary, they are about trying to show the experience of the place in which they are produced, which is a founding principle of the work of these artists – to show the singularity of their practices in the extensive territory of art and culture today.

delson uchôa emerged with the 80s generation of brazilian artists. his paintings are characterized by the use of acidic, noisy colors, an illuminated, vibrant palette that leads the public’s gaze across highly elaborate surfaces, produced by an obsessive accumulation of gestures, decals, collages and many layers of paint and synthetic varnishes. they are structured around formal principles that are a legacy of the constructivist-concrete tradition, incorporating motifs and techniques taken from folk decoration, lace, embroidery and weaves that result in optical effects and fields. 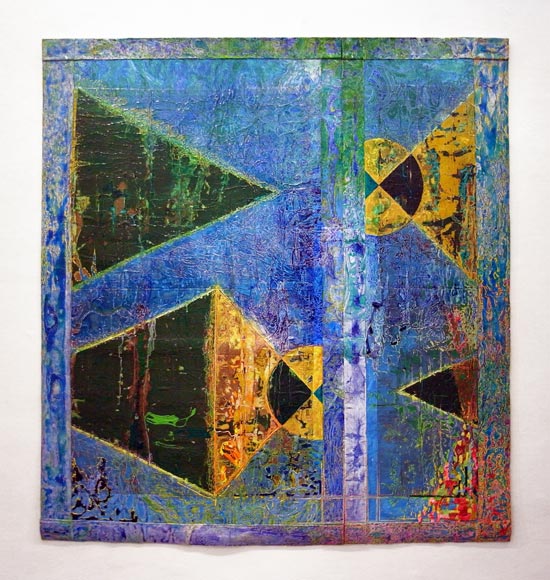 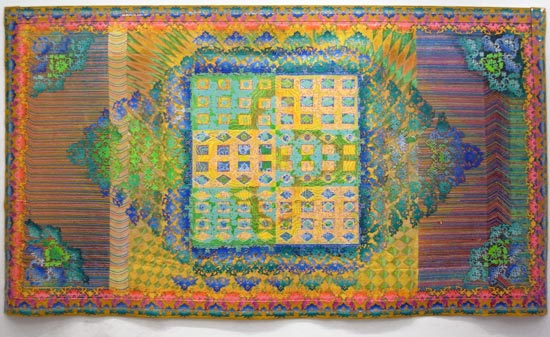 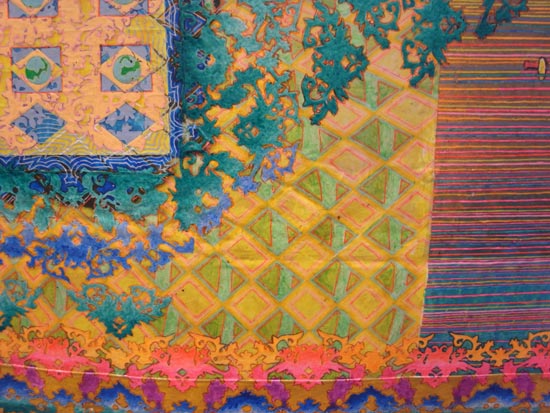 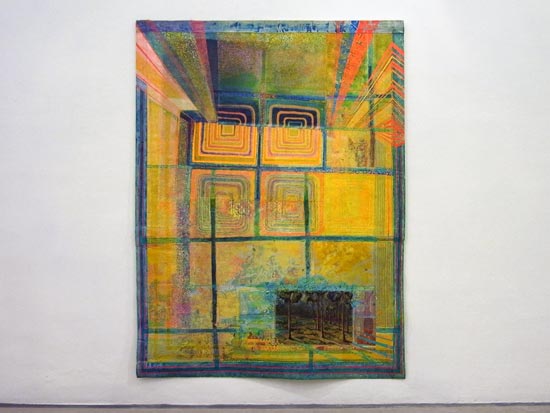 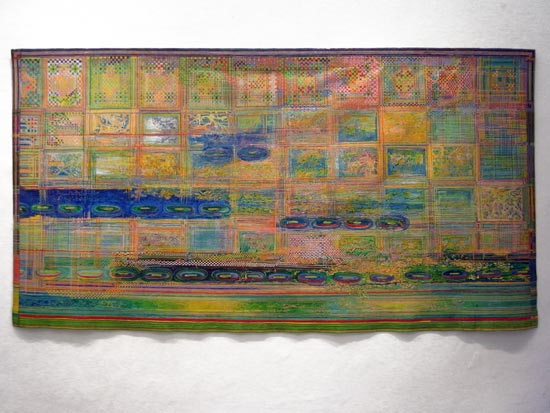 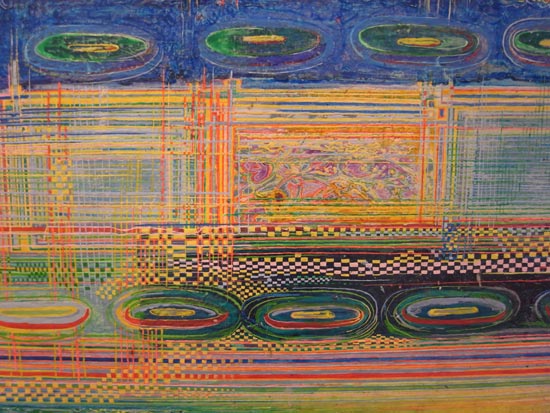 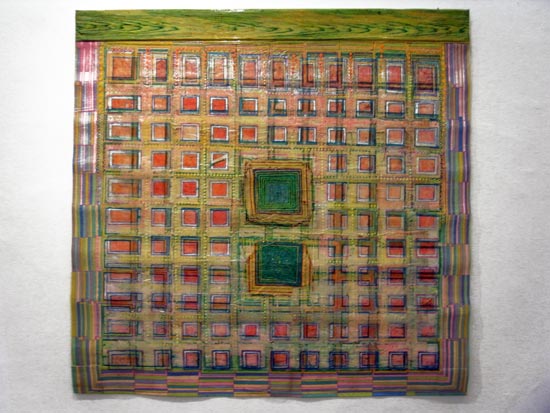 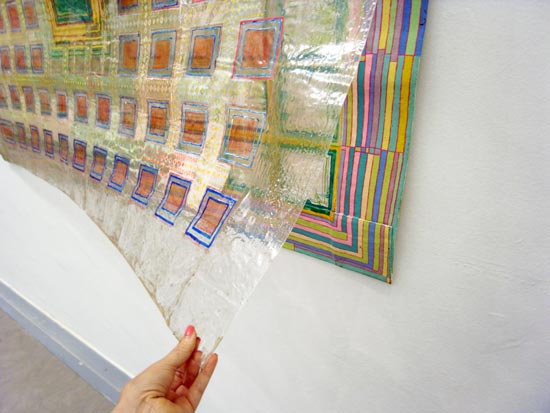 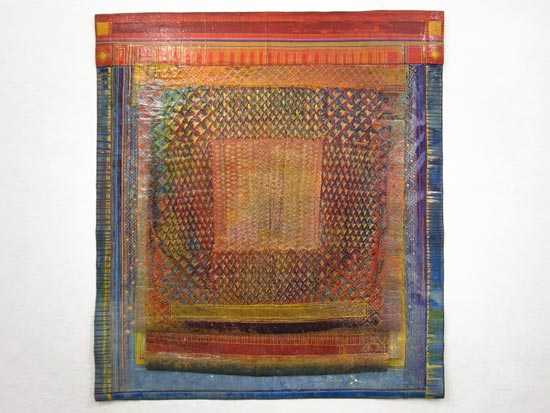 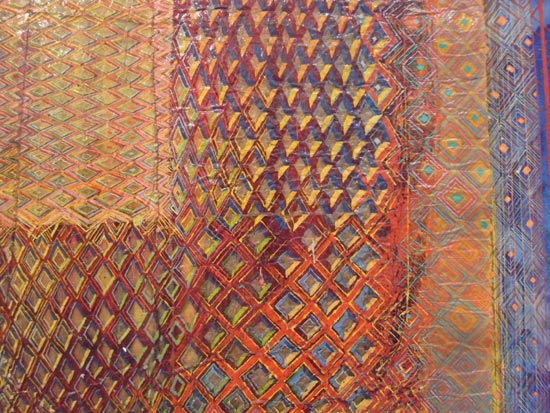 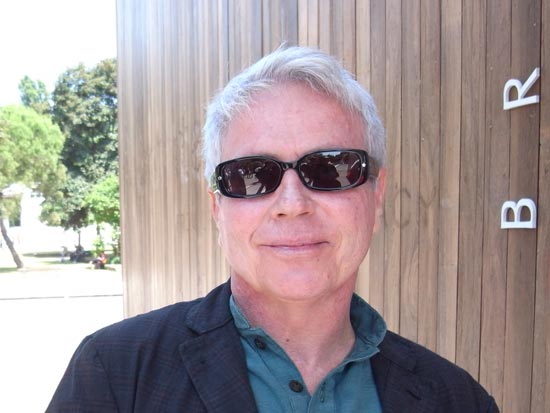 delson uchôa was born in maceió, brazil in 1956, where he lives and works. he is represented by luciana brito galeria são paulo. 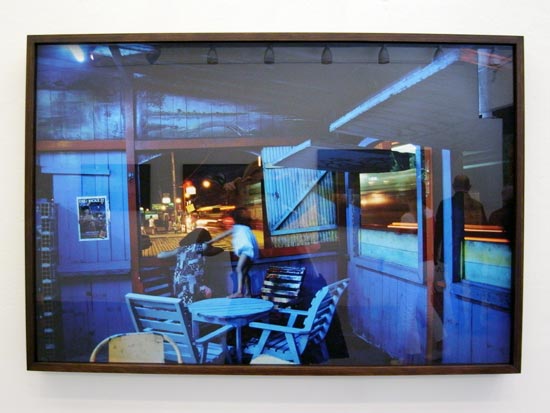 since the 1980s, luiz braga has been documenting a kind of photographic diary of the landscape, inhabitants and life in the amazon. his approach to his subjects are not literary or ideological, his gaze records, directly and precisely – documented sequences that seem to stretch out the time of a peculiar life. treated as raw material in an abstract, aesthetic vision, the amazon reveals itself as an artificial world, like a markedly pictorial, nearly dreamlike station of the place where he lives. 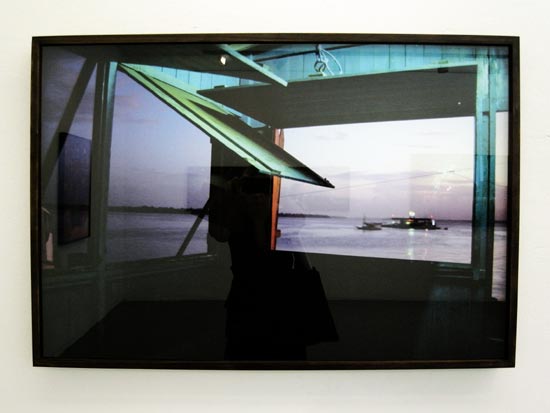 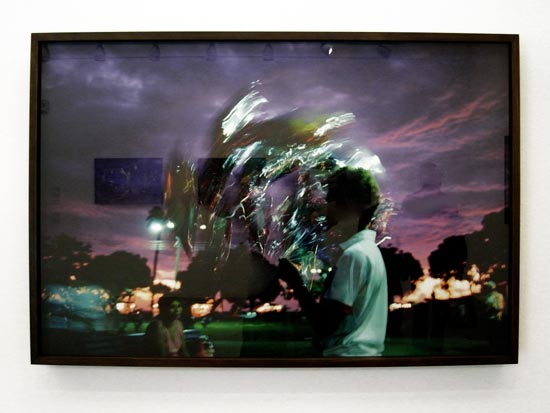 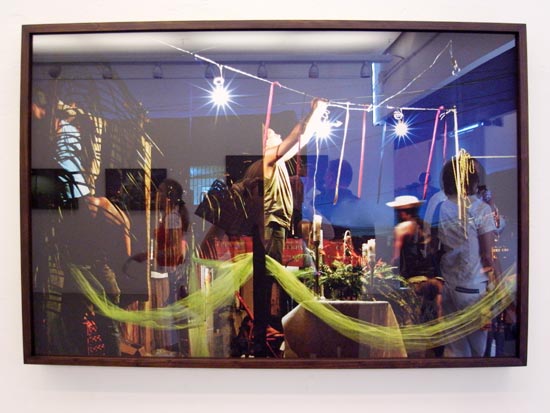 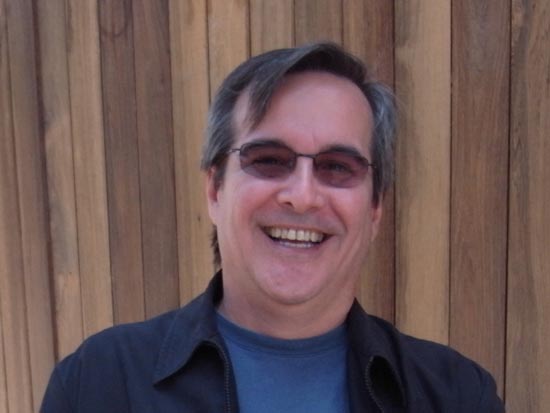 born in belém, brazil in 1956, where he live and works. he is represented by galeria leme in são paulo.