brian jobe: blank tides blue star contemporary art center, san antonio, texas open now until may 14th, 2011 american artist brian jobe deals with repetition as a medium throughout his work. jobe creates a pulse emanating from organizing applied materials to sculptural forms. a ‘sequential inevitability’ where the viewer can question the form of the object in a hyper-realistic manner.

his show at the blue star contemporary art center in texas, will feature his site specific piece ‘blank tides’ in addition to smaller object form studies in the middle gallery. 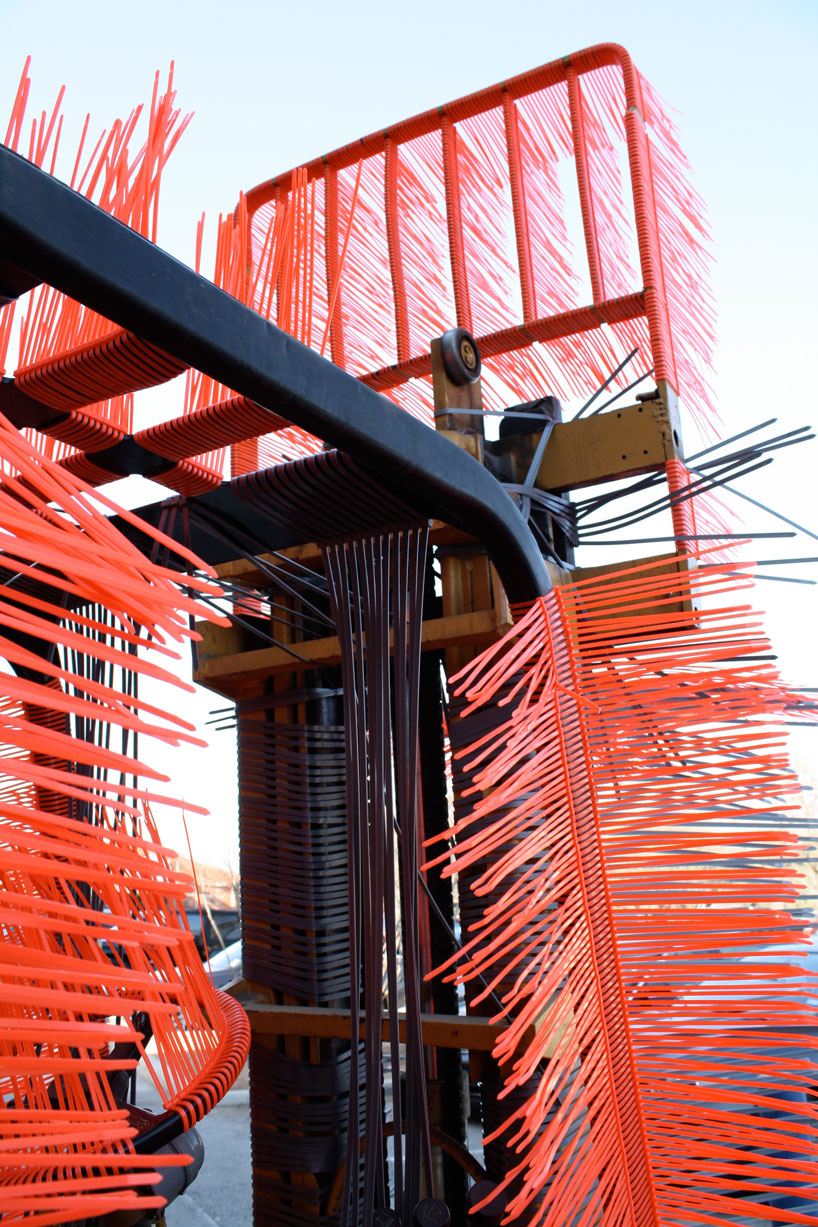 meant to render the machinery useless, the zip ties bring an ambiguity to the form of the forklift that allow for the viewer to question their relationship with the object and freeze it in time. 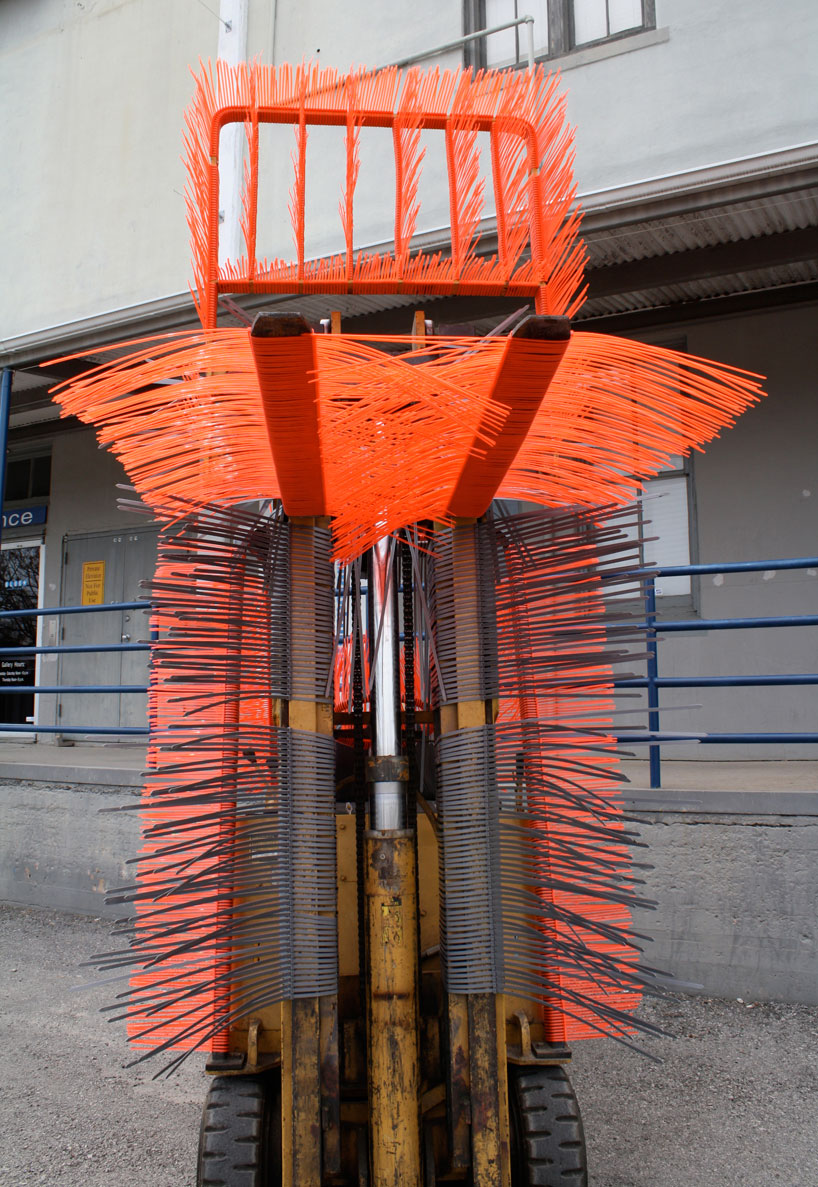 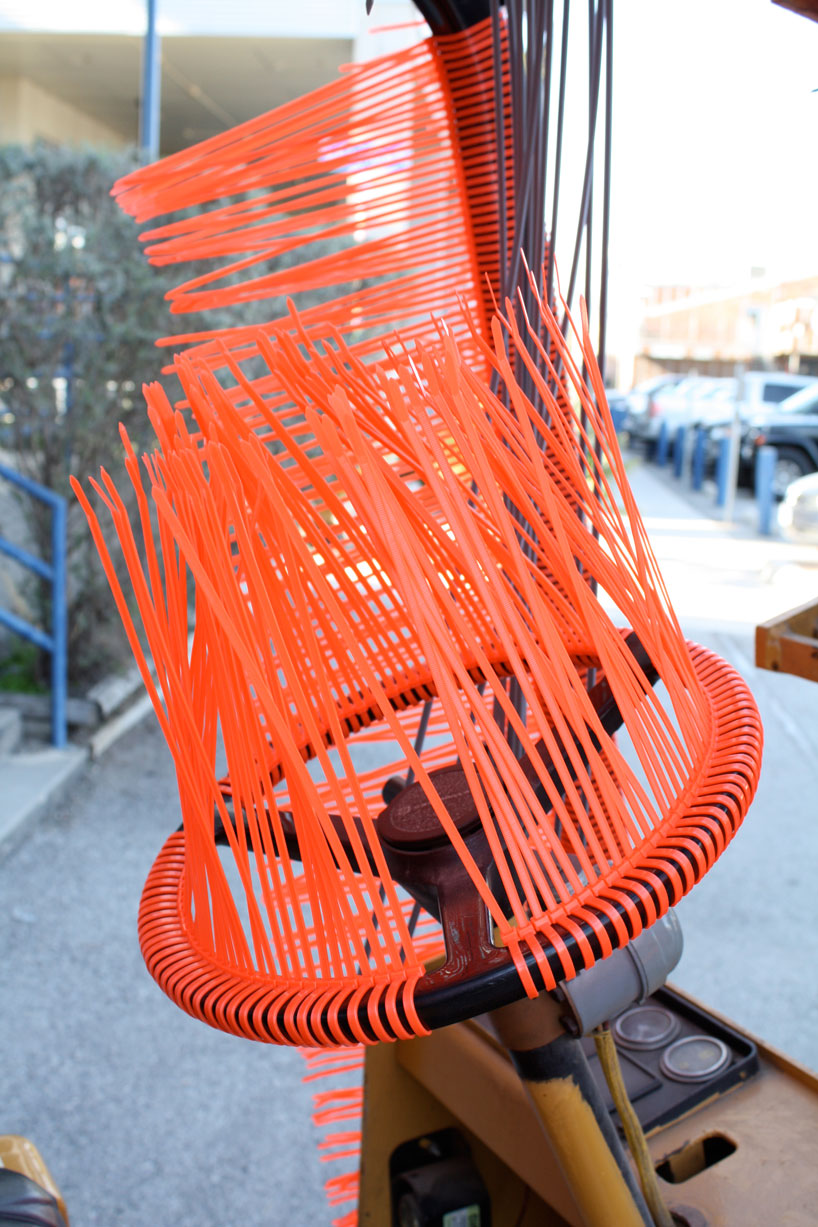 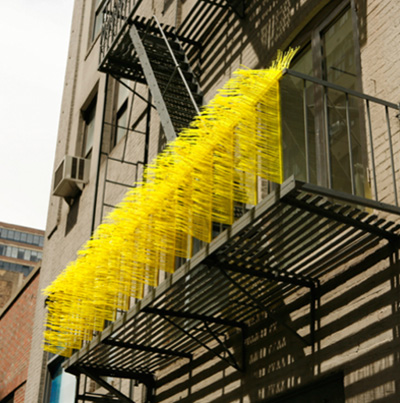