creating an unexpected moment of introspection for massachusetts drivers during their daily commute, ubiquitous interstate billboards have been stripped of their loud promotional messages and replaced with serene images of nature. artist brian kane has created the ‘healing tool’ project for people in cars, realized as a temporary public art installation on freeways. each work corresponds to its surrounding context, substituting the pieces of the landscape that advertising banners typically block from view, back onto the billboard face — much like photoshops digital ‘healing tool’.

throughout the hours of the day, a dynamic sequence of visuals sourced from the encompassing area are displayed on screen, creating a dimensional window that uncovers treetops, forest floors and starry skies hidden by the banner. by night, high-resolution images of the moon are synced to the daily phase, so people can view the moon despite the effects of urban light pollution.

the project is ‘ambiguously green’, kane says, appearing to replace the artificial with the natural, when it is in fact technology simulating a nature replacement. additionally, it is also a form of ‘unvertising’ — a campaign without a message. ‘by removing the marketing message from the advertising space, we create an unexpected moment of introspection. people are allowed to interpret an image based on their own experience, and not necessarily with the singular focus of the advertiser’s intent.’ 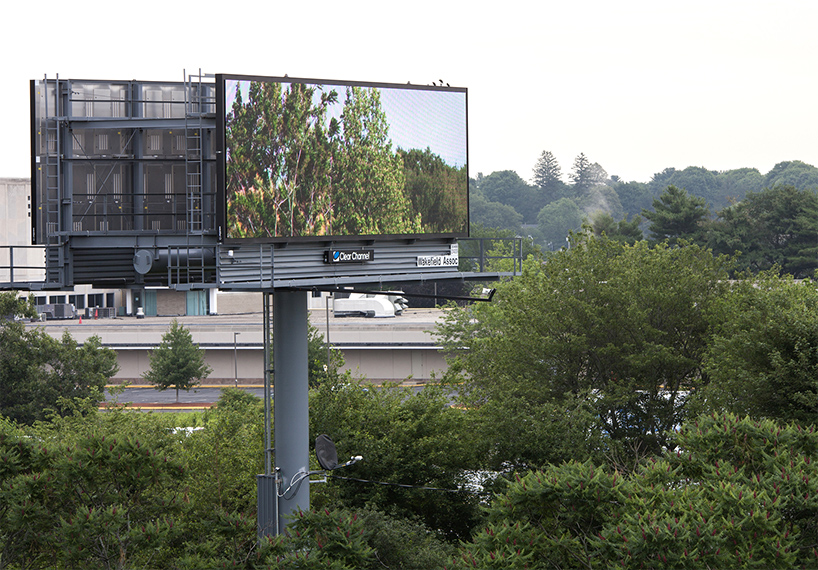 each work corresponds to its surrounding context 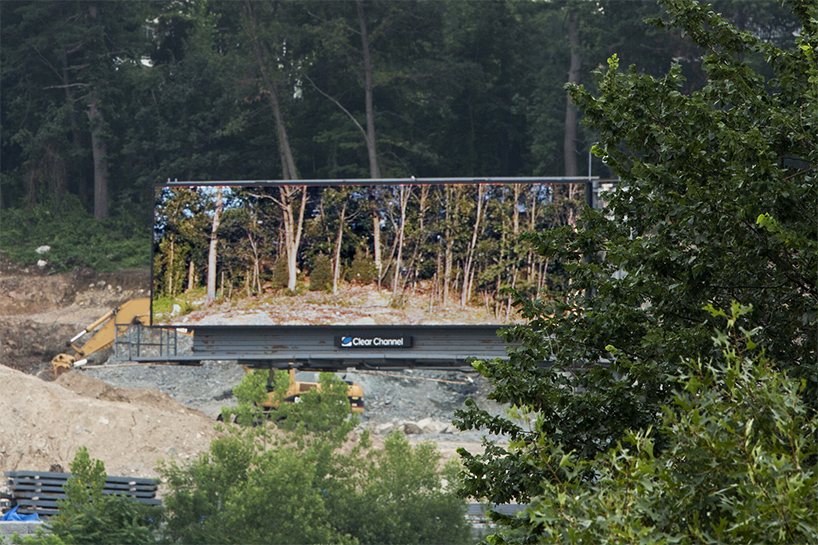 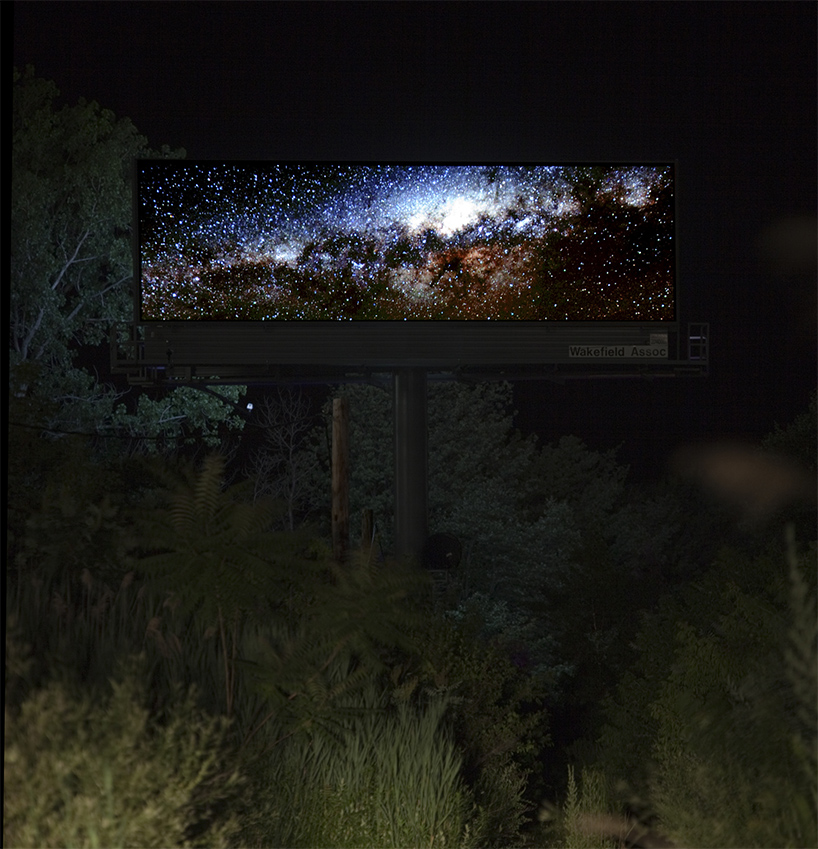 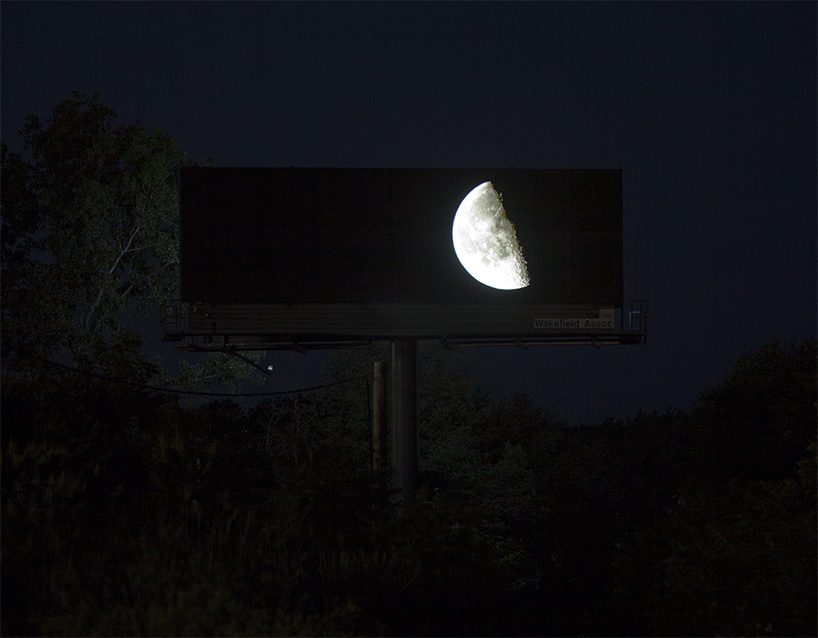 at night, high-resolution images of the moon are synced to the daily phase 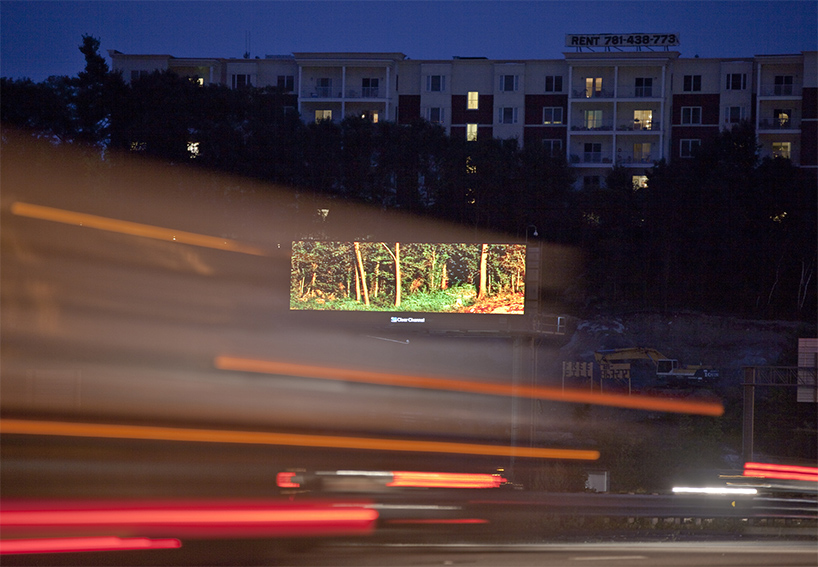 Feb 02, 2023
now complete: anish kapoor's newest 'bean' nestles into the streets of new york
the new 'bean' is snugly squeezed beneath the cantilevering slabs of the 'jenga building' in tribeca.
art
318 shares
connections: +1360
'we are nature' - interview with brazilian artist ernesto neto ahead of engadin art talks
designboom speaks with ernesto neto about hope, spirituality and nature ahead of his participation at this year's engadin art talks.
art
269 shares
connections: +120