From January 25 to March 25, 2023, the sculpture gallery Pangolin London presents ‘Heavy Metal,’ the highly anticipated solo exhibition by David Mach. The Scottish sculptor, known for his controversial and extravagant use of materials often inspired by everyday objects, will show a series of maquettes for several ambitious and monumental works. Among the models that merge the worlds of sculpture and architecture, visitors will have the opportunity to see scaled-down replicas of a monumental train and a temple made of red bricks. 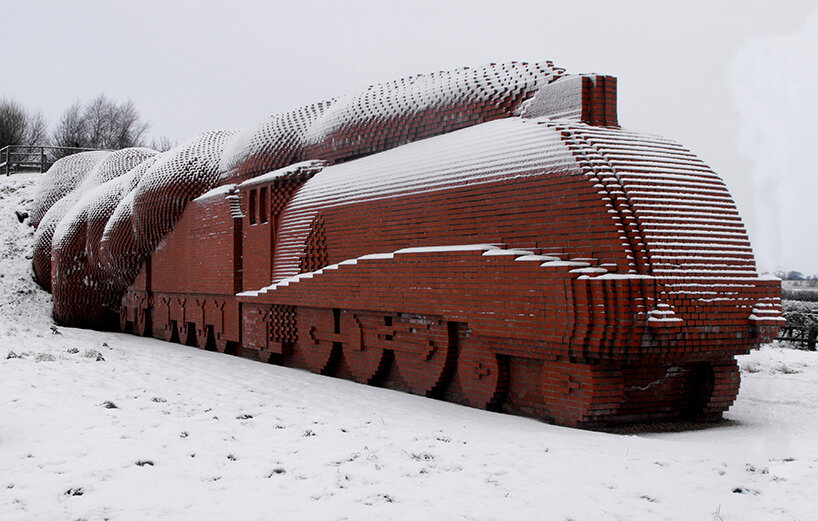 David Mach, Brick Train, Darlington, in the snow, 1997 | all images courtesy of the artist unless stated otherwise

Heavy Metal will give viewers a glimpse into Mach’s ideas and obsessions, tracing his evolution from sculpture to architecture and investigating the connection between the two disciplines. Presented by the sculpture gallery Pangolin London, the exhibition showcases Mach’s dynamic work process and desire to go beyond the limits of contemporary public art.

‘After all these years I still don’t like the isolation of the studio. I prefer to build installations and to work as publicly as possible as a kind of sculptural performance artist. I’ve built works in shopping centers, parks, streets, and car showrooms as often as I have in galleries or museums. I enjoy the challenges of trying to manipulate unorthodox materials…preferably in vast quantities in the face of an ever-mounting but still beatable bureaucracy. Like all artists, I have to deal with the assault course of ever-increasing boundaries and barriers to creativity. With public art there are ever more hoops to jump through, health and safety issues to deal with, social agendas to consider, budgets and curators to get past… all part of the struggle but all do-able… and yes, I have my own axes to grind and I’m having great fun pushing those boundaries.’ the Scottish artist shares. 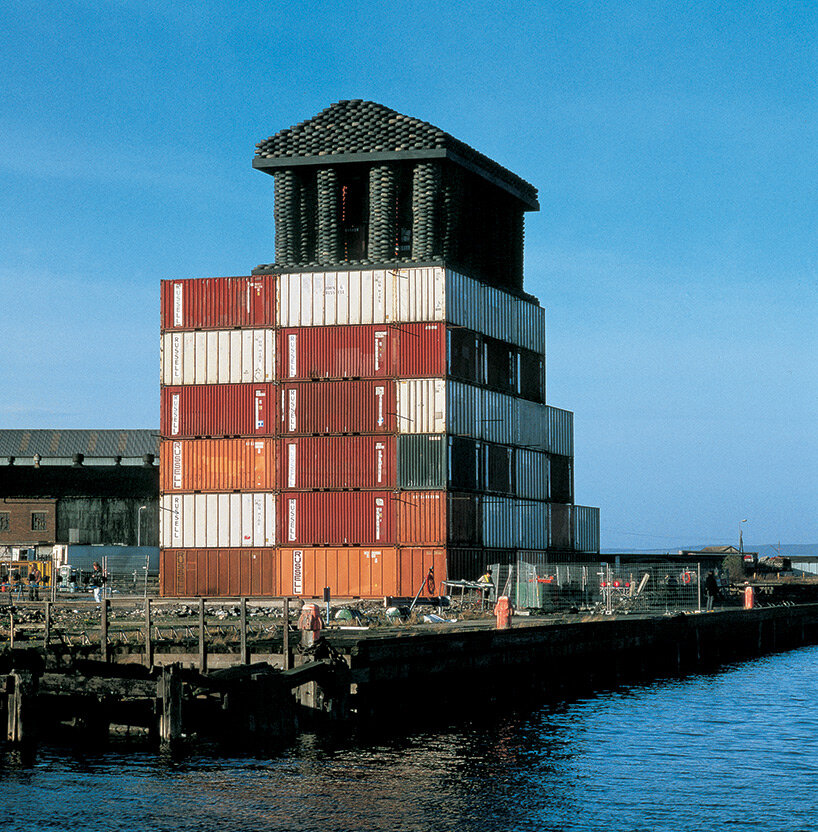 David Mach, The Temple at Tyre, 1994, Installed in Leith, Edinburgh

Many of the works presented in Heavy Metal illustrate David Mach’s ongoing obsession with shipping containers. As he considers them one of the world’s most important inventions, the containers are an integral part of the large-scale maquettes showing his designs for Mach1, an art gallery to be built in Edinburgh Park, a library for Antioch College in Damascus, and a giant sculpture for the Chiswick Roundabout in London. These will be exhibited along with several other models for public artworks, a series of new prints, and in his continued collaboration with Pangolin London, two exciting new bronze sculptures that reference his significant earlier commissions Temple at Tire and Darlington’s Brick Train. 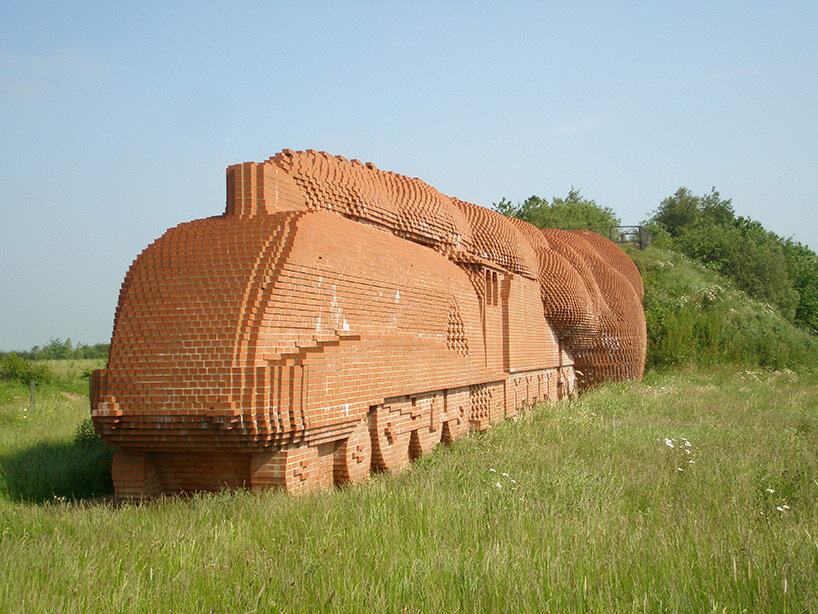 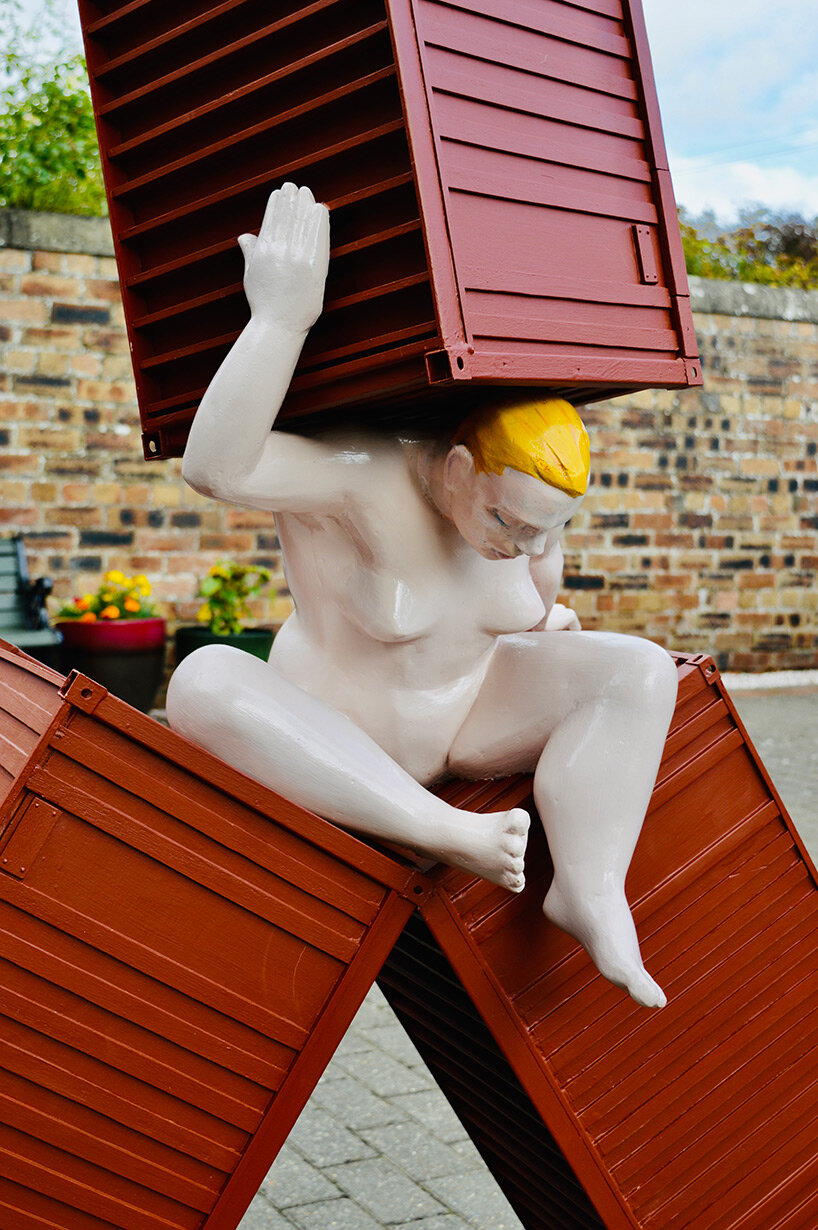 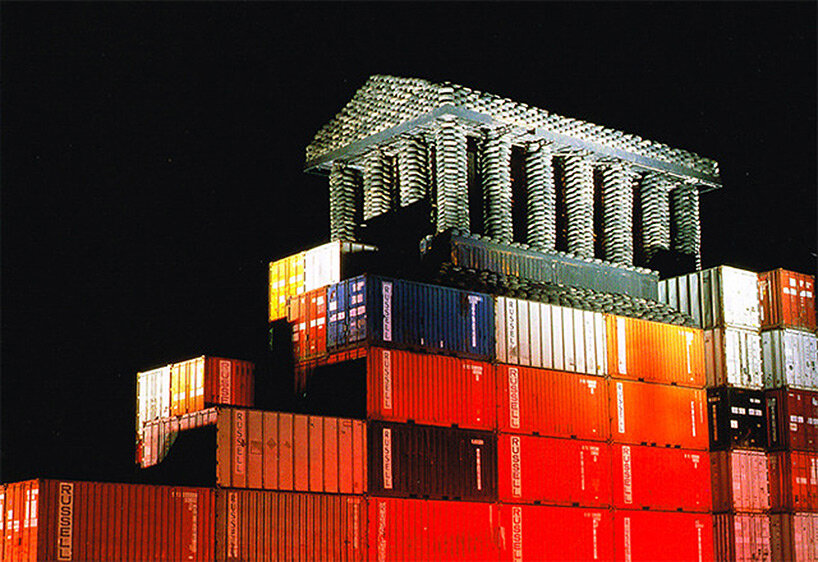 David Mach, The Temple at Tyre, 1994, Installed in Leith, Edinburgh 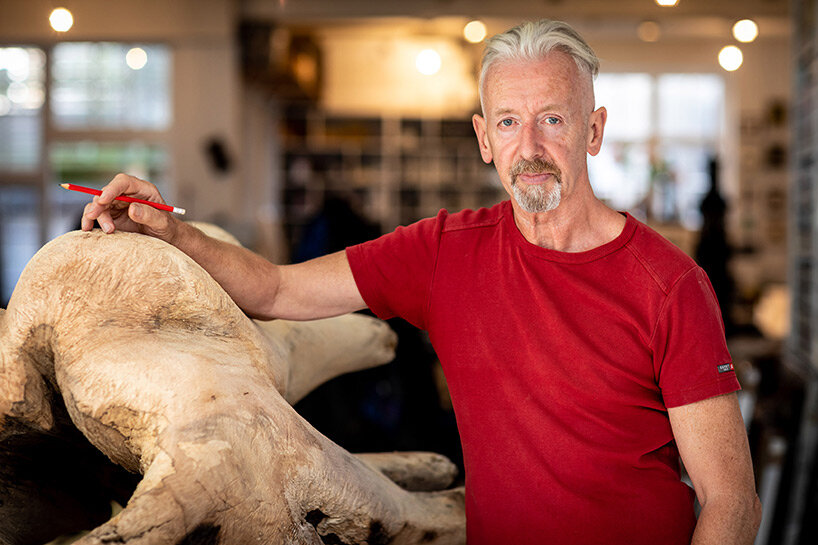 David Mach in his studio | image courtesy of Steve Russell