recalling the history of the region, a display with silhouetted objects are installed into a brick building façade by studio wessels boer, in amsterdam, netherlands. the sculptural piece is situated among the ‘dime houses’, which date back to 1870 as one of the first social housing projects in the netherlands. the dwellings are the result of a group of working class citizens who, by asking a dime a week for membership, founded in 1868 the building society for home ownership (BVEW). marjet wessels boer has designed the structure to address the site as an educational urban intervention. by using the concept of type case as a display case, wessles boer collected personal and historical stories of the dime houses and translated them into aluminum silhouettes. 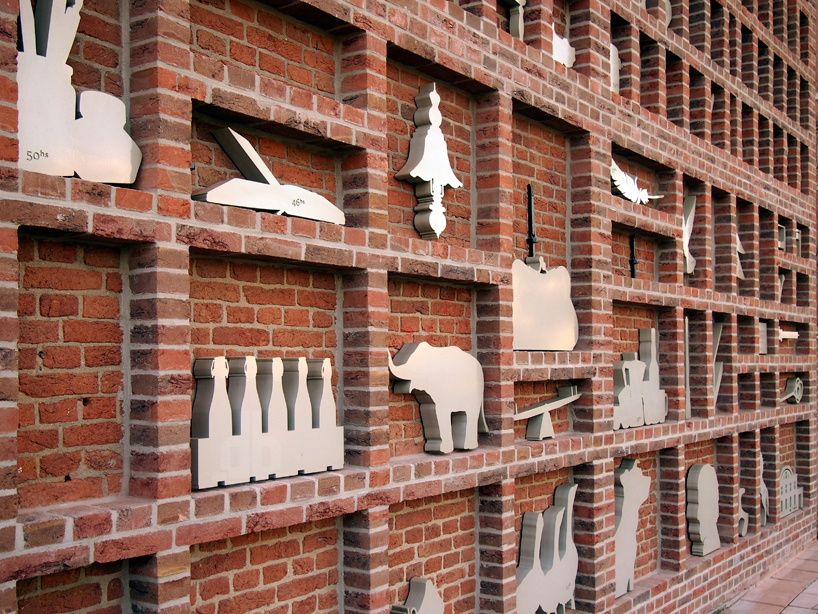 showcasing the history of the ‘dime houses’, the brick wall shares stories with aluminum characters 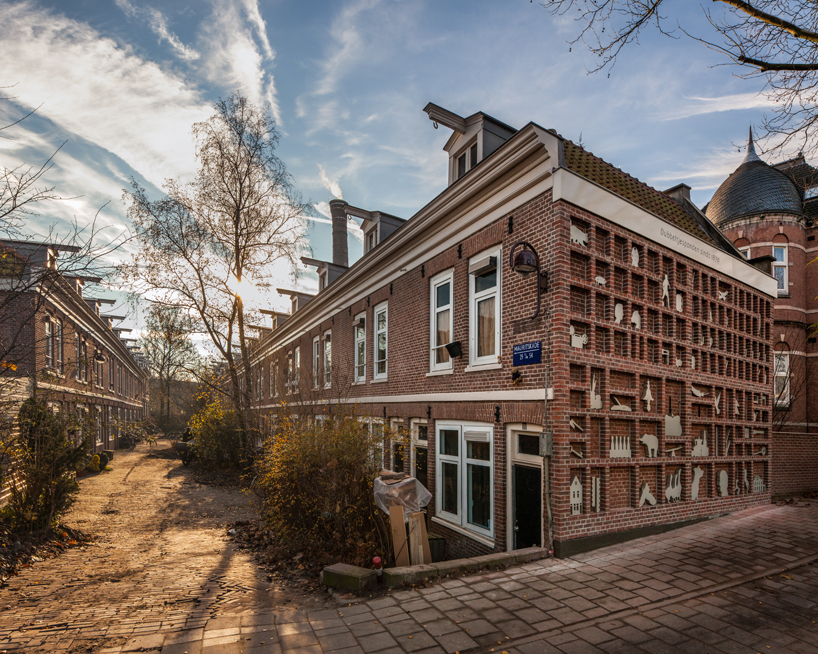 the work is integrated in the built environment

‘it started with a dime’ presents the water jet cut objects, engraved with the house numbers proposed by current inhabitants, in compartmentalized spaces. the result is a motley collection of figures, from carpet beater to elephant. the characters are framed by brick partitions that reference the storage of lead type used to print newspapers (like the one the BVEW released to raise membership). previously the humble homes, perpendicular to the busy mauritskade street, were hidden behind a blank wall. the adaptation gives passersbys a sense of the intimacy to recognize the small dead-end street while fostering curiosity. together the silhouettes outline the rich past of the capital city, and the work is supported by the amsterdam fund for the arts. each story can be found here. 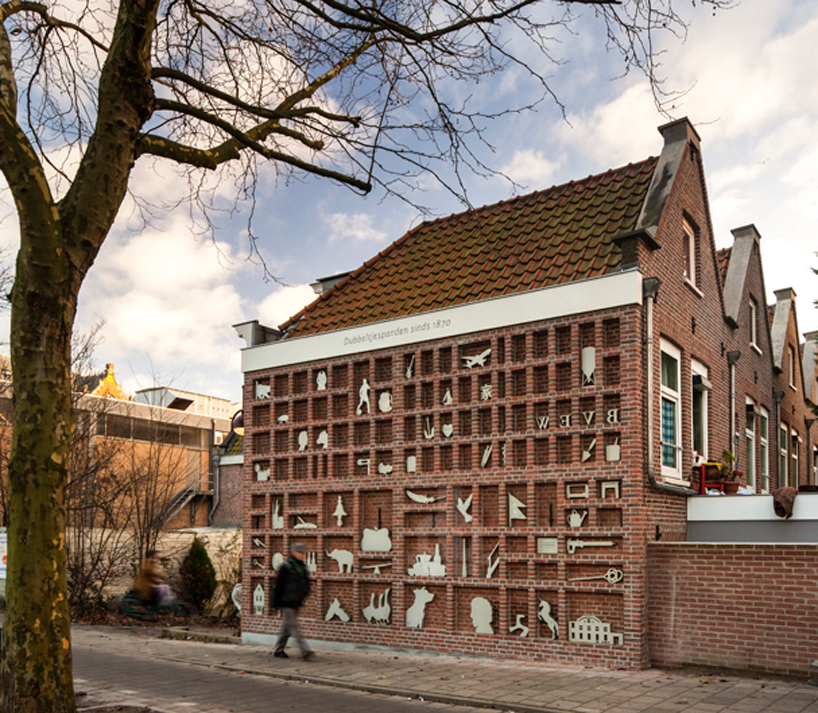 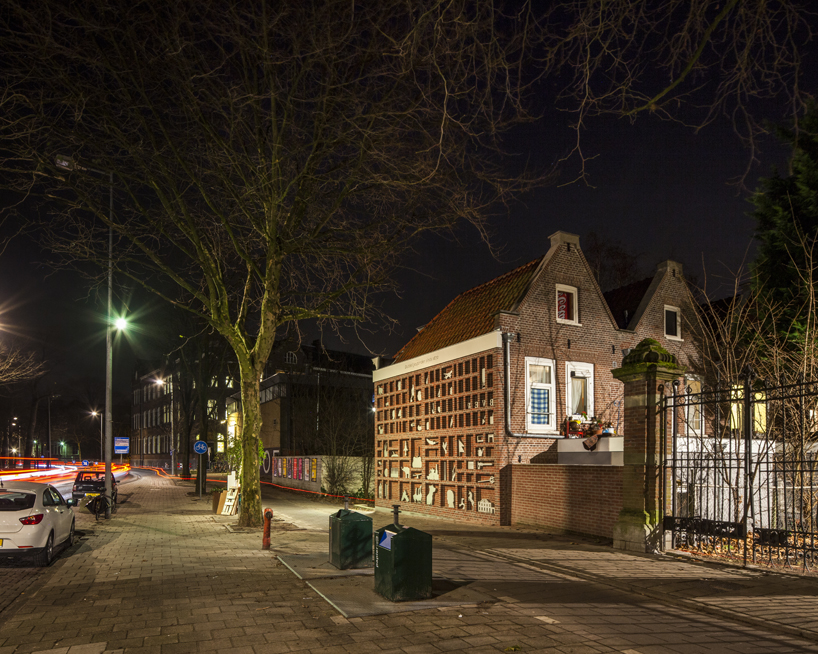 the type-case wall illuminated at night 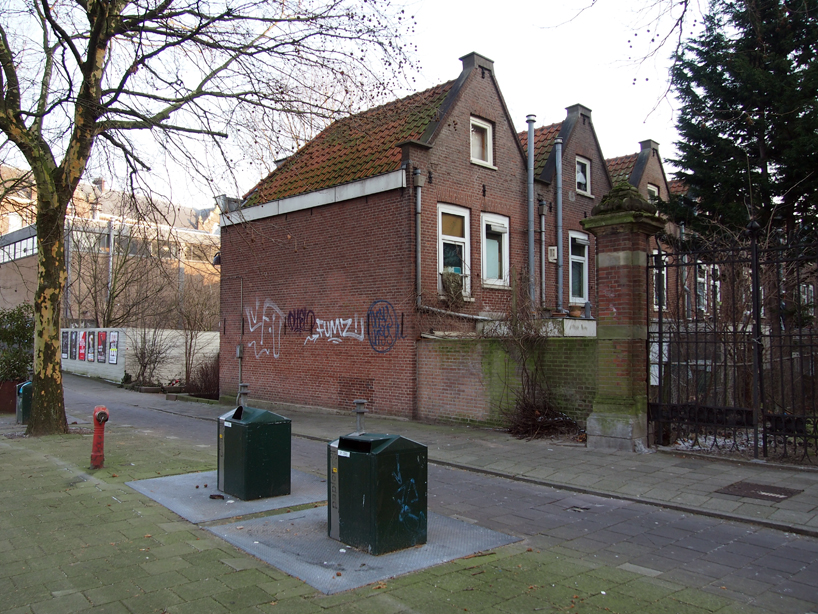 image of the blank façade previous to the installation