american artist ned kahn, has collaborated with hassell architecture, UAP and the brisbane airport corporation to create an eight-storey, five-thousand square meter kinetic façade for the car park of brisbane’s domestic terminal. viewed from the exterior, the parkade’s entire exterior face will appear to ripple fluidly as the wind activates 118,000 suspended aluminium panels. as it responds to the ever-changing patterns of the wind, the elevation will create a direct interface between the installation and its natural environment.

as a site-specific reference to the city’s most iconic natural feature, the feature is elaborated with fluttering lines from the surface of the brisbane river. inside the car park, intricate patterns of light and shadows are projected onto the walls and floor as sunlight passes through the external panelling system. this provides practical environmental benefits such as shade and natural ventilation for the interior space of the lot. 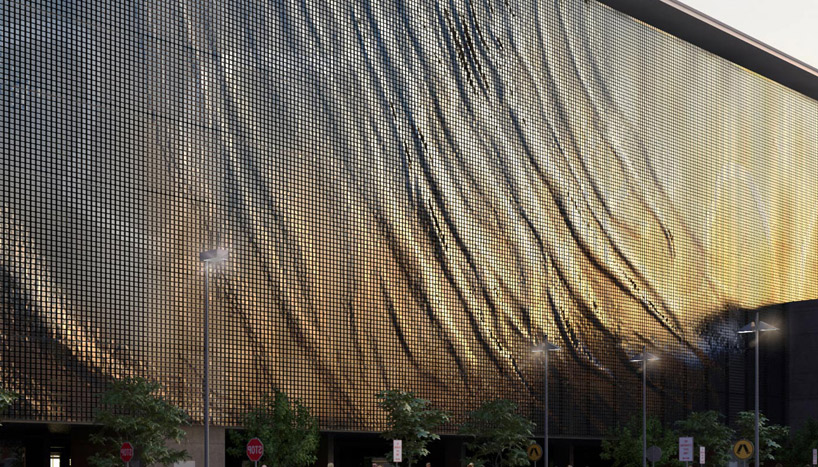 exterior simulating the ripple effect on the facade 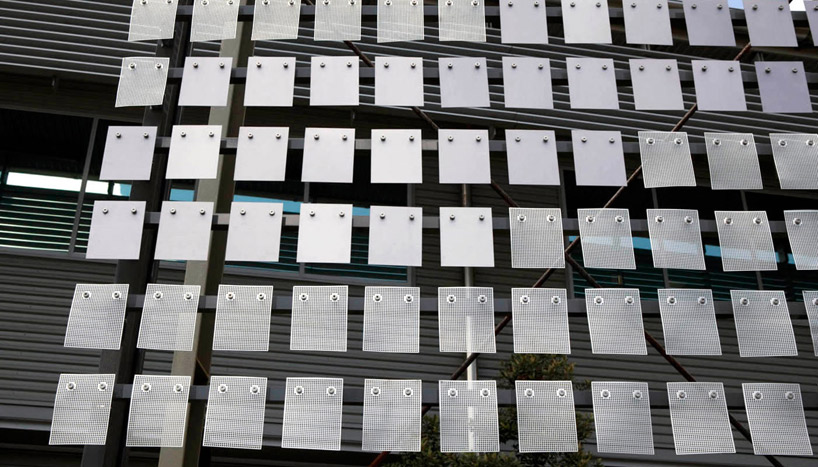 detail of the aluminum panels 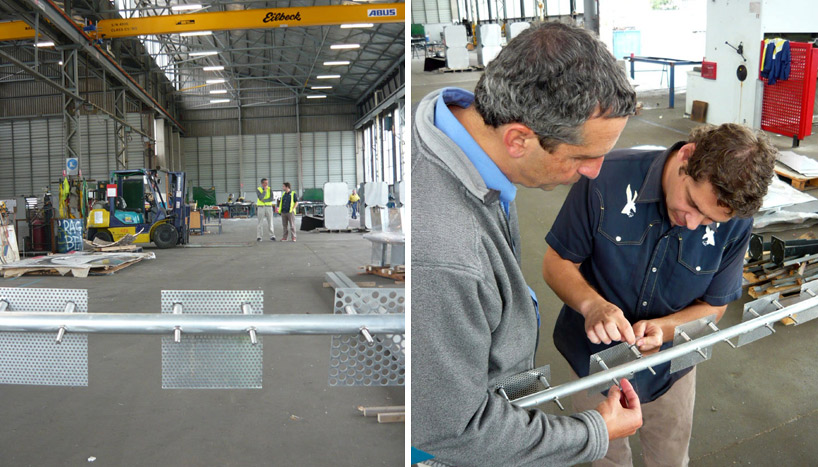 construction process of the aluminum panels 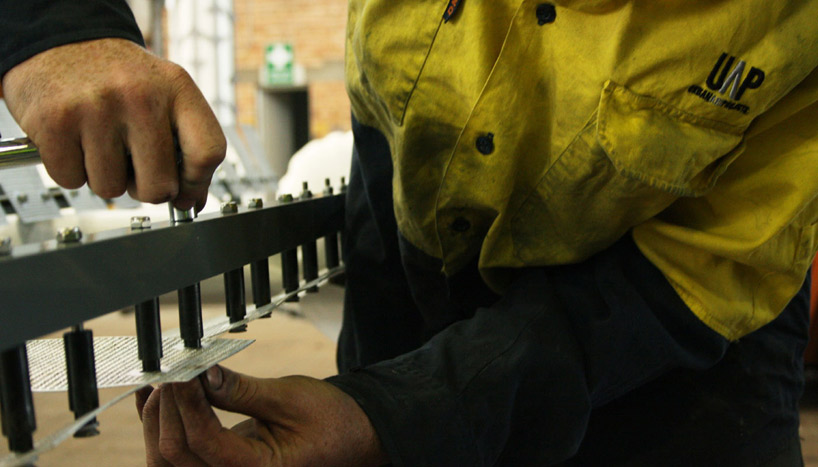 May 10, 2021
virgin mary. supermarkets. popcorn: miles aldridge on his cinematic and chromatic tableaus
designboom spoke with the british artist and photographer about his cinematic heroes, the magic of film photography, and slowing down the image making process.
art
44 shares
connections: +280