UK-based artist bruce munro‘s ‘water-towers’ will officially open january 14th, 2011 at salisbury cathedral in the UK. the installation consists of 69,000 meters of optic fibres which munro and his team have laced through 15,000 bottles (which have been supplied by cott beverages). each of the 69 towers are constructed from 216 bottles containing 30 tons of water, forming a massive, musical, watery maze which is lit by energy efficient LEDs that change color in an offset pattern. 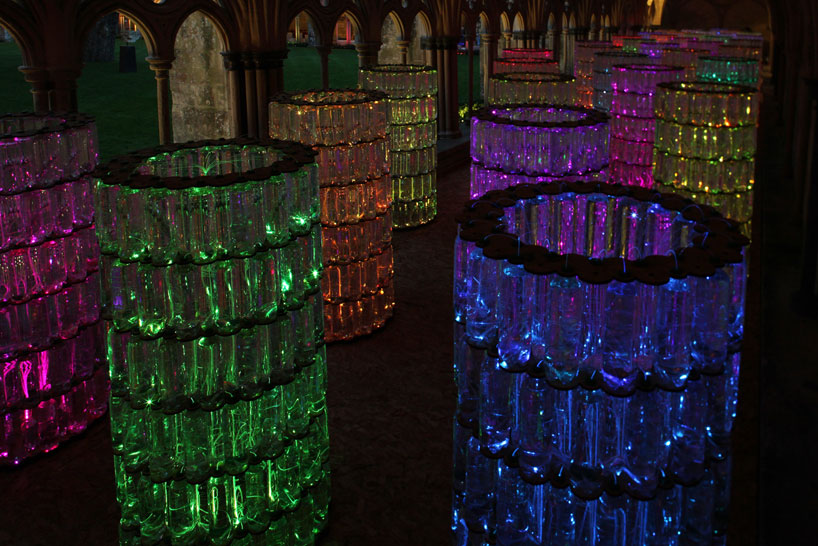 up close of the colorful towers

‘water-towers’ is the first project in which munro has used music. during the build-up he was surprised at how important the sound element was. ‘(…) it really adds another dimension to the experience,’ he said.

when viewed from across the cloisters of the cathedral, the stone arches in silhouette are vivid with color, appearing like stained glass windows. a custom designed control system with sound reactive projectors will respond to a soundtrack of the salisbury choir, played via hidden speakers as visitors wander through the maze, thus reflecting the sounds that have infused the building for 750 years, translating them into light. the interaction between music and the infinite variety of lighting sequences makes the water-towers appear as if they are dancing to the music. 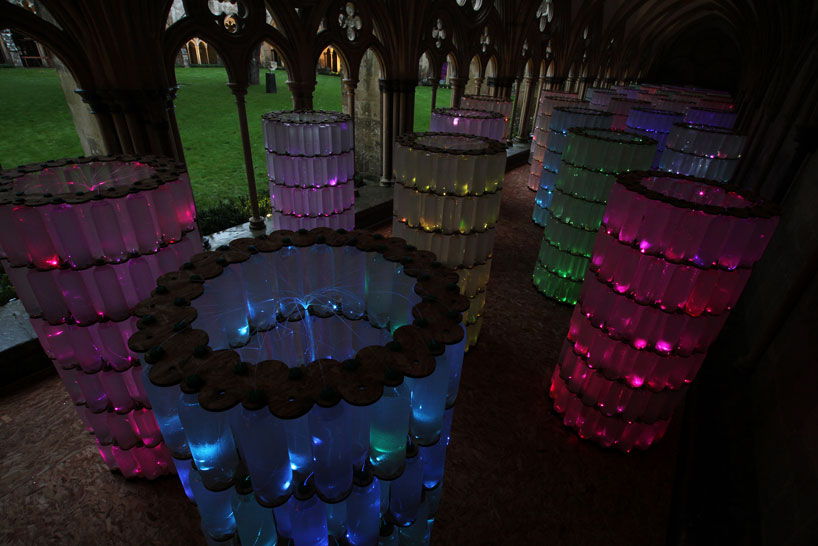 the light projectors use full-color, low-voltage LEDs. each one has its own mircroprocessor that is digitally linked to a master controller. all 69 towers use approximately the same power as four 60-watt bulbs, or less than one-tenth of the power consumed by an electric kettle.

the overall system was designed by graham harrison who was given the challenge of how to represent music in a form other than aurally. when munro asked him to design the system for the internal illumination of the ‘water-towers’, ‘he explained that he wanted the individual towers to reflect the feeling of music being played – the ‘contour’ as he called it,’ says harrison.the goal was to put forward as much information as possible into the lighting as was contained in the music.

dominant frequencies and variations in volume change the speed of the shifting colors. each tower reacts in a slightly different way to the information received from the music that is being played, in the same way that no two listeners hear an identical rendition of the same source. 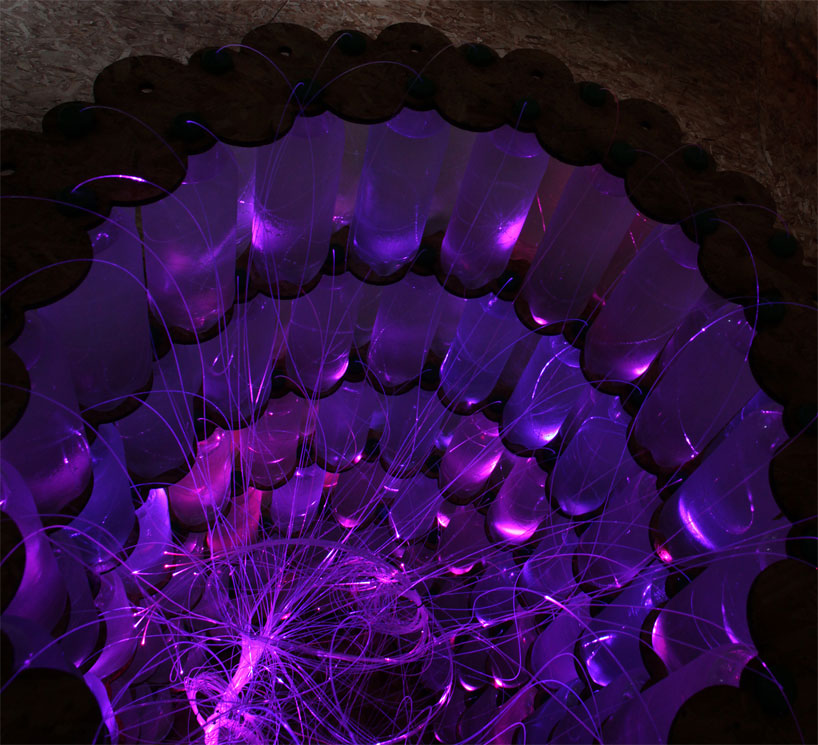 water is a recurring them within the artist’s work, and the installation of ‘water-towers’ in salisbury is particularly fitting seeing as to how the town is built at the confluence of five rivers. the water filling the 15, 000 bottles will be poured back into the earth around the cathedral at the end of the artwork’s showing. 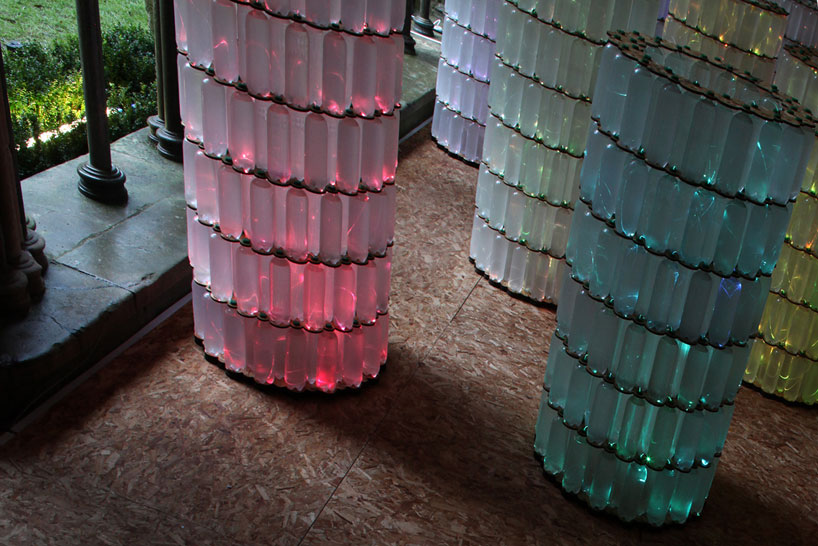 up close look of the installation by day

‘water-towers’ will remain on show for two months, along side munro’s other installation at the cathedral ‘light shower’ until februray 27th, 2011 at which time both artworks will be disbanded. 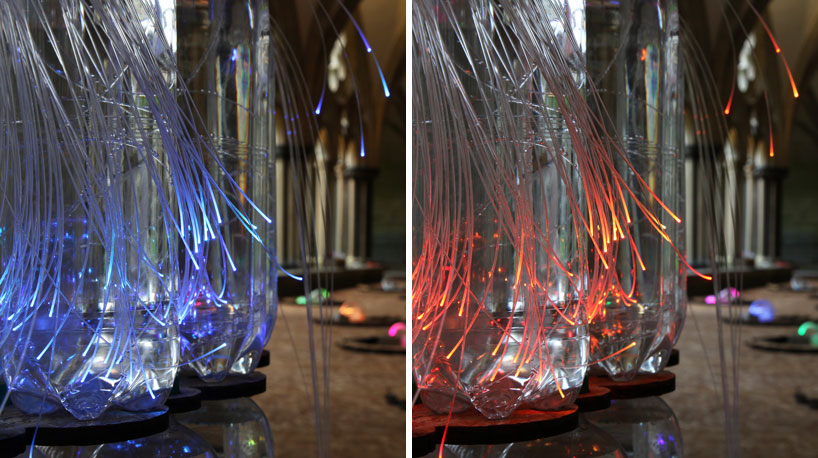 detail of the optical fibres and their changing colors 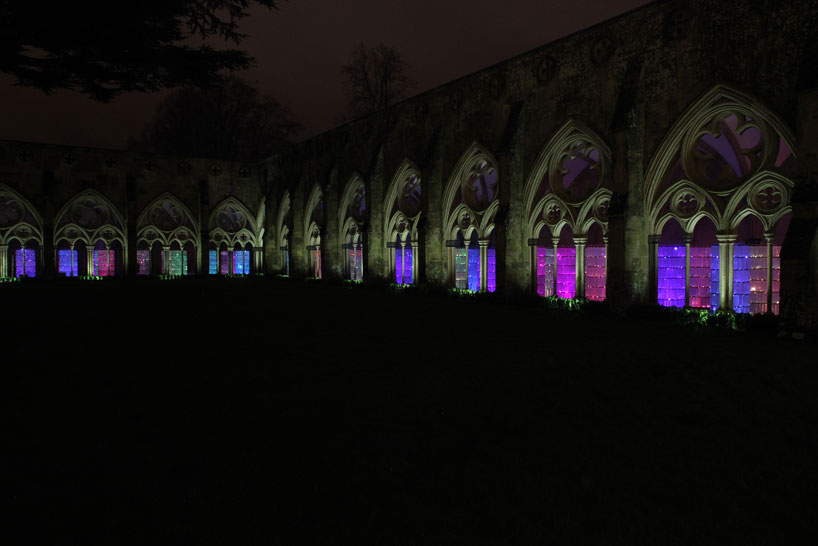 panoramic view of the installation 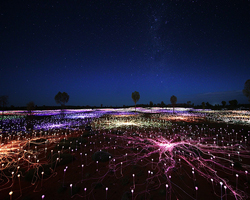 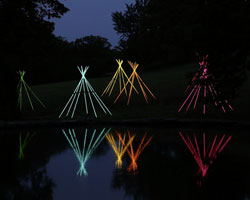 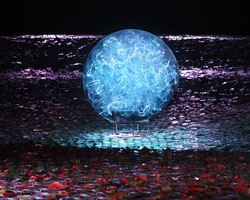 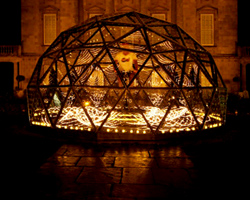 Jun 19, 2022
adam parker smith employs digital and physical techniques to craft sculptural series 'crush'
the carrara marble sculptures are an uncanny vision of the classical canon, as if it were run through a trash compactor.
art
569 shares
connections: +400