bruce nauman’s landmark installation ‘natural light, blue light room’ is at blain|southern gallery in london, marking its first showing since its initial presentation in 1971. the exhibition — coinciding with the city’s frieze art fair — will run from now until november 12th, 2016. 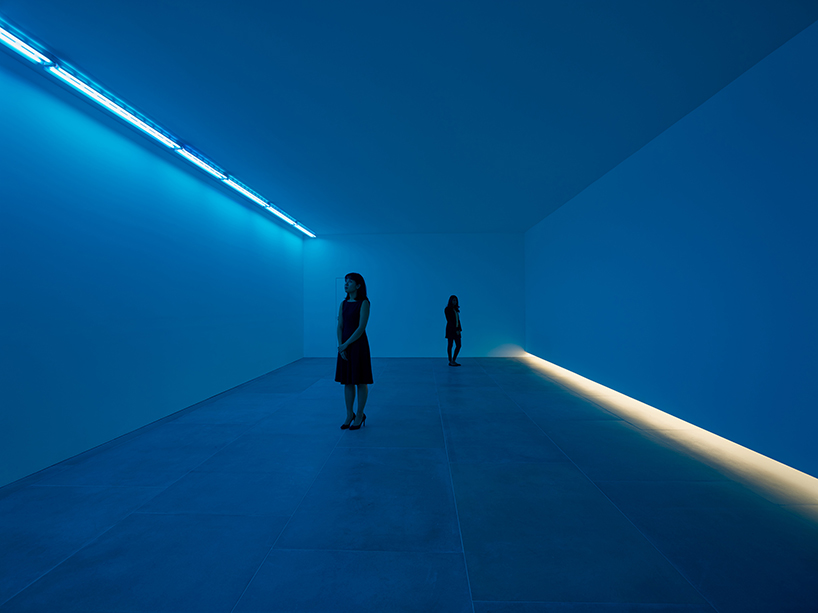 bruce nauman’s ‘natural light, blue light room’ was originally exhibited 45 years ago and is one of the first examples of an architectural intervention specifically designed to disturb, unsettle and discomfit the viewer. installed at blain|southern gallery, the room serves as a petri dish within which multiple gradients of two warring light sources clash, combine and confuse. a figurehead of the minimal aesthetic, the installation is representative of the gradual desertion of tangible ‘art objects’ of the time, and the journey towards conceptual art and contemporary performance art. 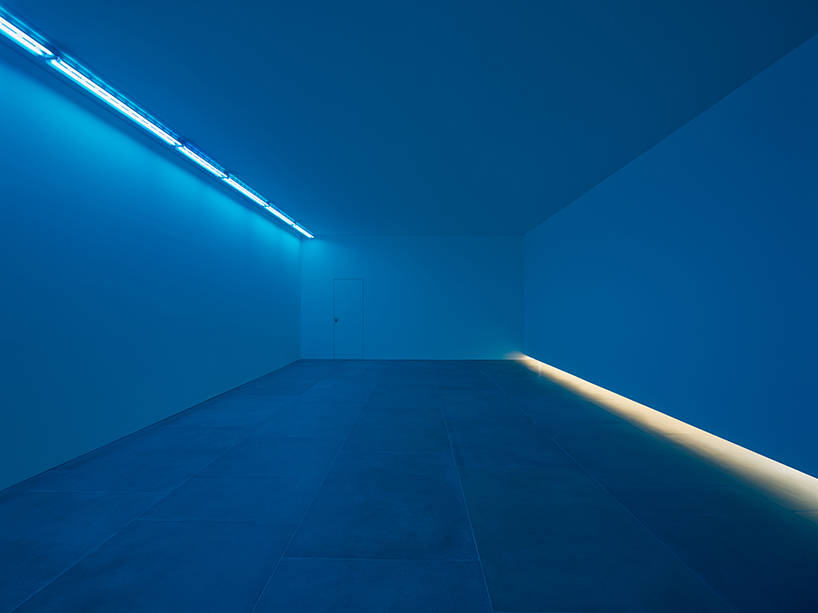 as visitors enter the room, they are forced to engage with the dramatic lighting that fills and animates the space. the unwavering blue light on the roof is constantly redefined and repurposed by the ever shifting natural daylight that enters from the opposite side. as the eye of the viewer repeatedly adjusts to naturalize the phenomenon, the unfamiliar environment forces the subject to constantly reposition and reset their perception of light, depth, space and distance. in this way, nauman’s room and the conditions it creates become the ‘object’ itself, a synthesis of stimuli that have a marked psychological and physiological effect on the individual. 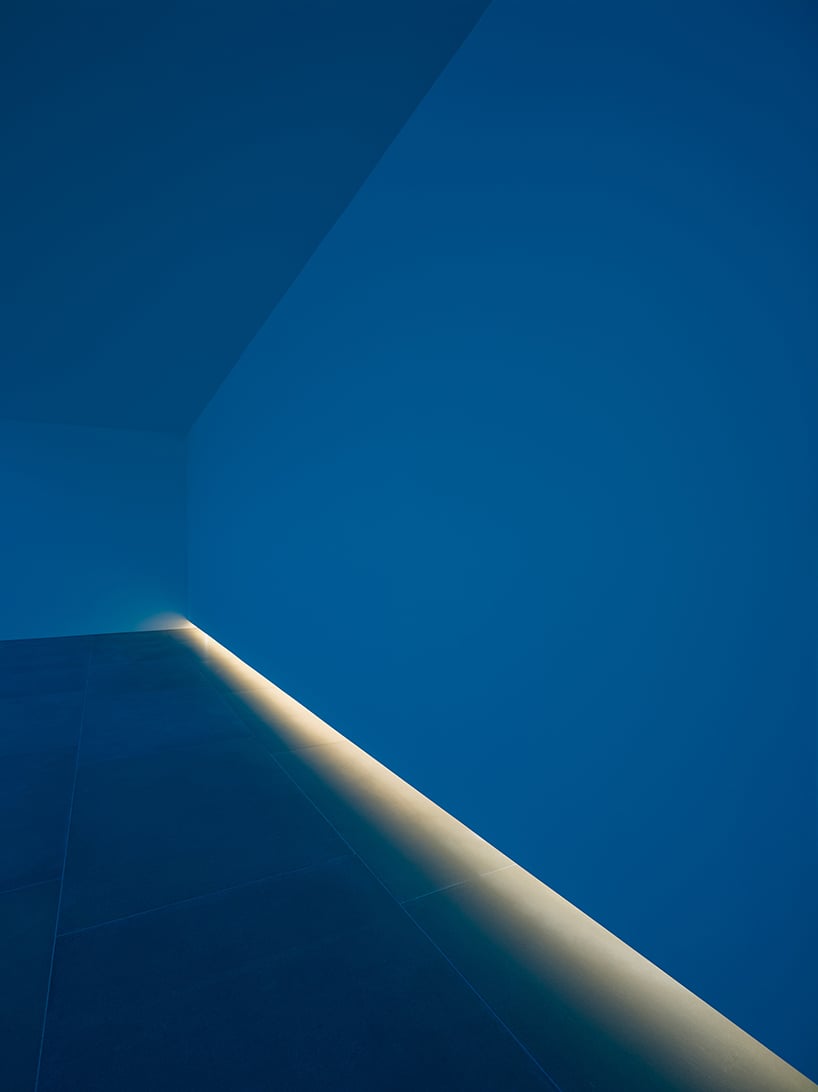 originally, ‘natural light, blue light room’ was exhibited for only two weeks. describing the work at the time, bruce nauman said: ‘… in the gallery, there were some skylights above one wall. I installed blue fluorescent lights below the sky lights. it messed up your ability to see the space clearly because when you got under them you started getting a lot of afterimages. everything became a little jumpy… there was nothing else in the space. so the idea was that it would be hard to know what to focus on and even if you did, it would be hard to focus.’ 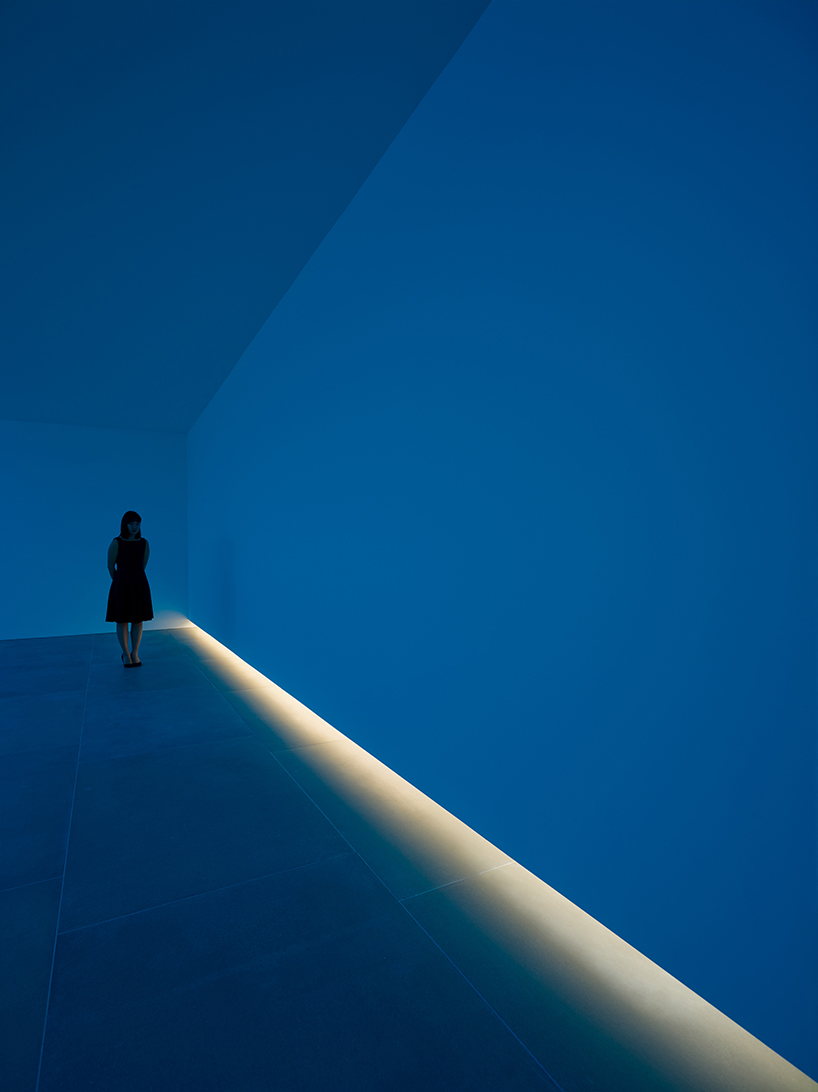 ‘natural light, blue light room’ can be read as a response to the core question of minimalism: how much can be removed for an art work or installation to continue to function as such? what needs to exist for art to exist? as nauman’s room demonstrates the answer is very little, if anything at all. ephemeral, atmospheric functions take center stage here, in a piece that proves light, temperature and the intangible need not be represented by the artist — they’re very much capable of doing it themselves. 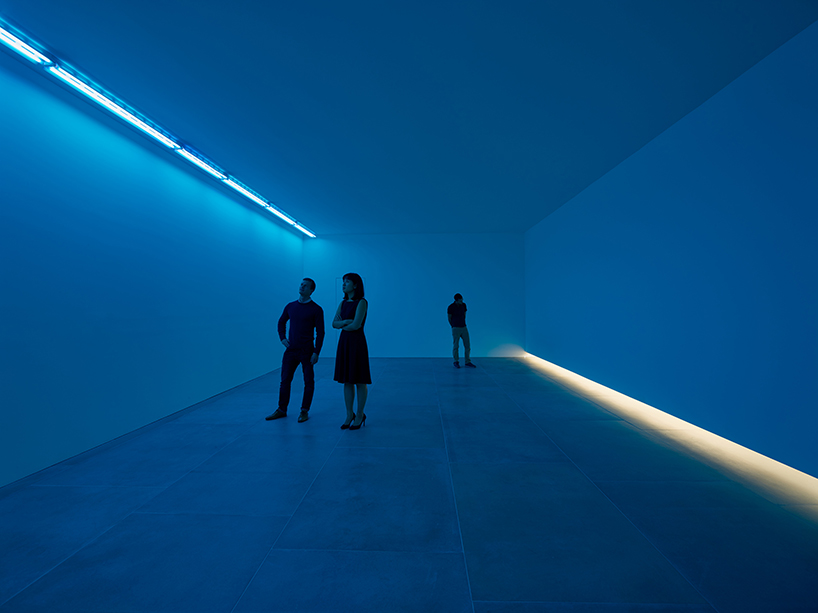 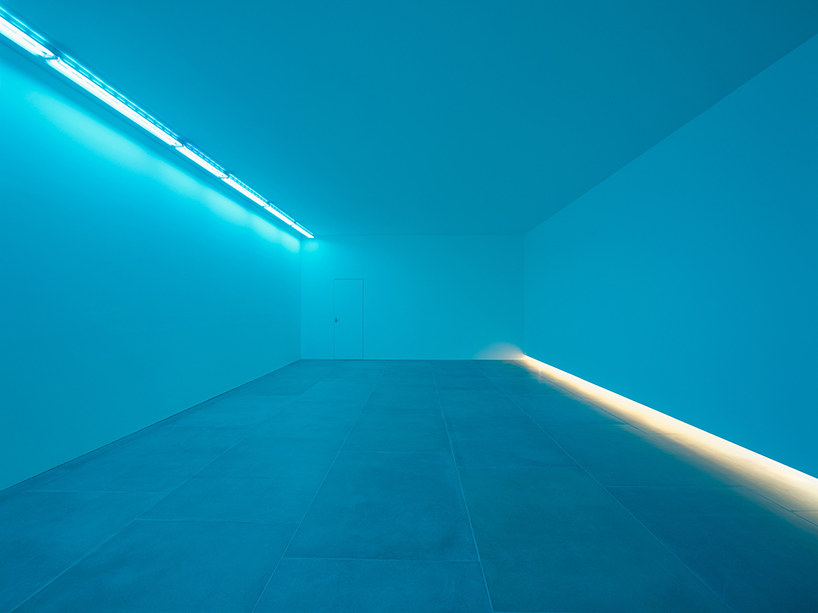 a figurehead of the minimal aesthetic, the installation is representative of the move away from tangible ‘art objects’ 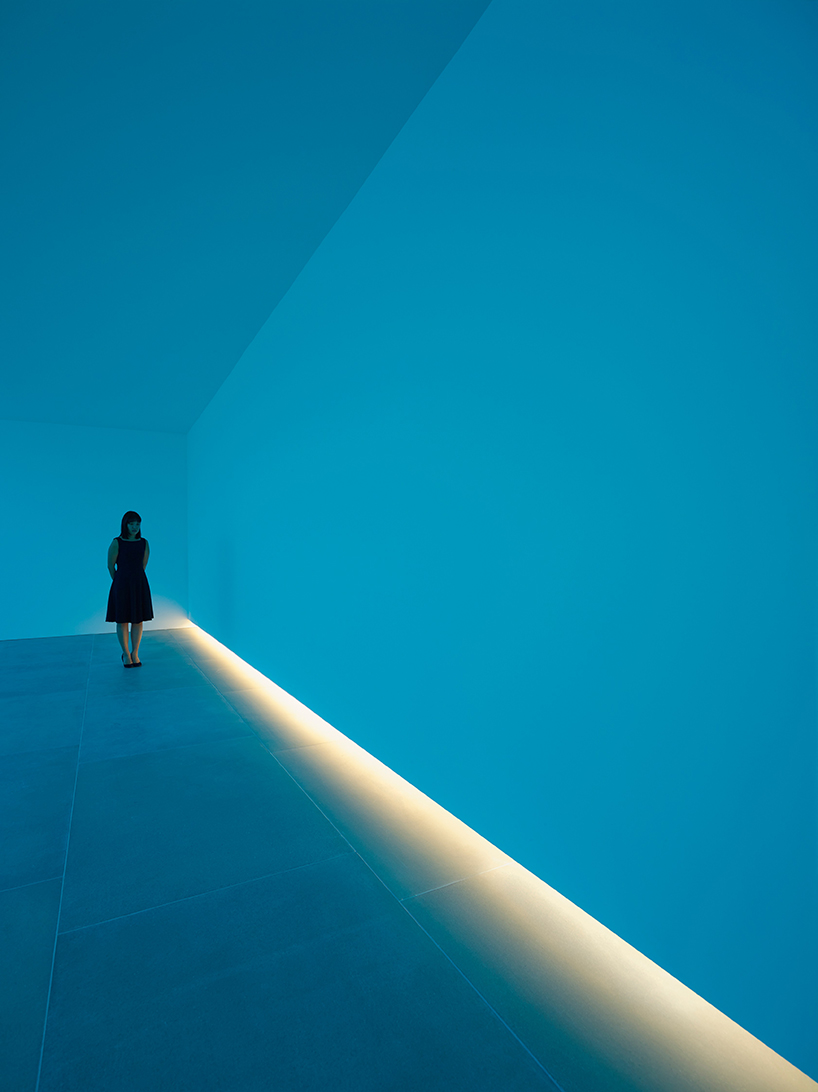 what needs to exist for art to exist? as nauman’s room demonstrates, the answer is very little 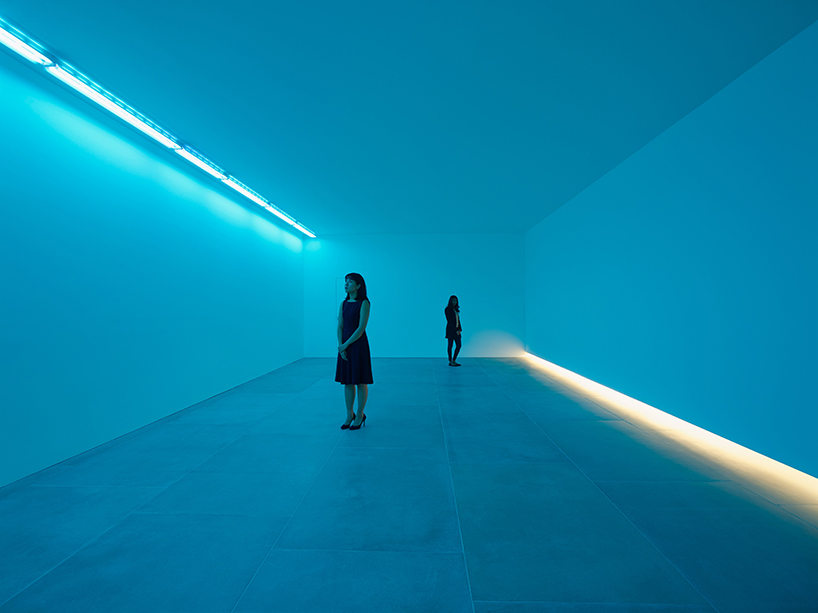 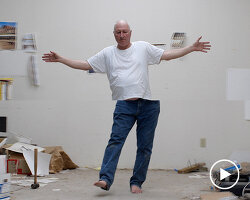 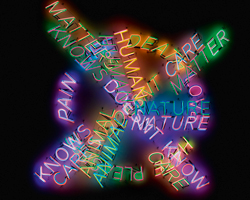 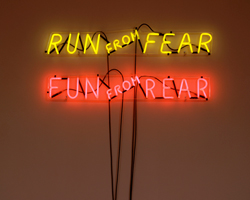 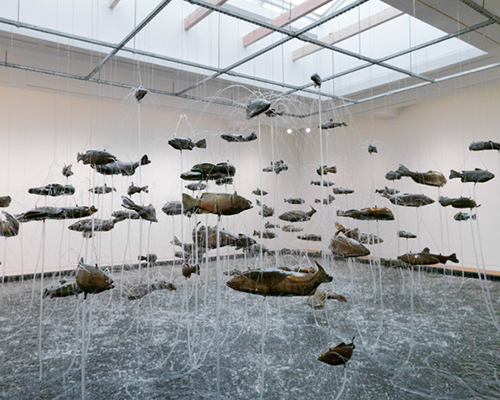