a pinhole camera – also known as a camera obscura – is a device which allows light to pass through a small hole which is then projected onto the surface inside. this optical phenomenon was first observed by greek mathematician and philosopher aristotle, who recognised the importance of this fundamental law. since then, the method has been translated into numerous creative outlets within art, photography and cinema. 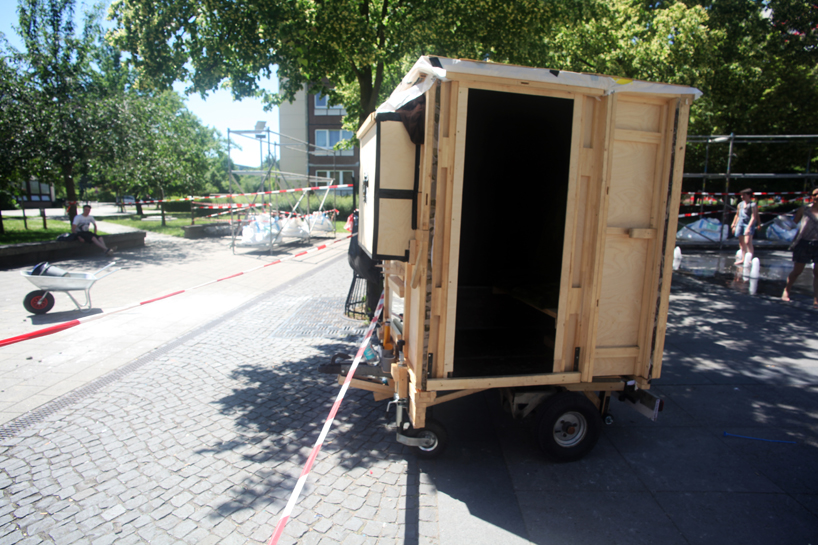 bruit du frigo – a collective of architects, urbanists, artists and photographers – has reinterpreted this device by creating a mobile construction which captures everyday scenes. the ‘kinotour’ wagon lets two people enter the portable structure for a ten minute live-cinema session. once the participants shut the door behind them, their eyes slowly adapt to the darkness. the shutter then opens, revealing the outside world around which appears on a screen upside down. the team consists of a film director, pushing assistant and sound engineer who move the apparatus to new and interesting locations. 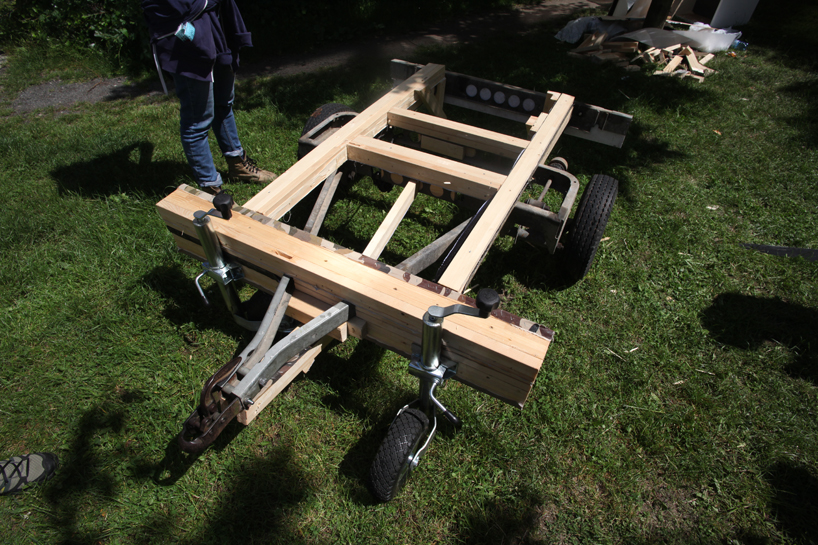 the project aims to bring one’s attention to individual scenes we might not usually observe. the director may choose to focus on a neighbour hanging out their washing, a person selling bakeries at the market, or even the most simple details such as a tree shedding its leaves upon the ground. the temporary nature of the live-cinema allows one to appreciate these close-up scenarios, causing them to see the world as a succession of intertwined moments that each hold their own important significance. 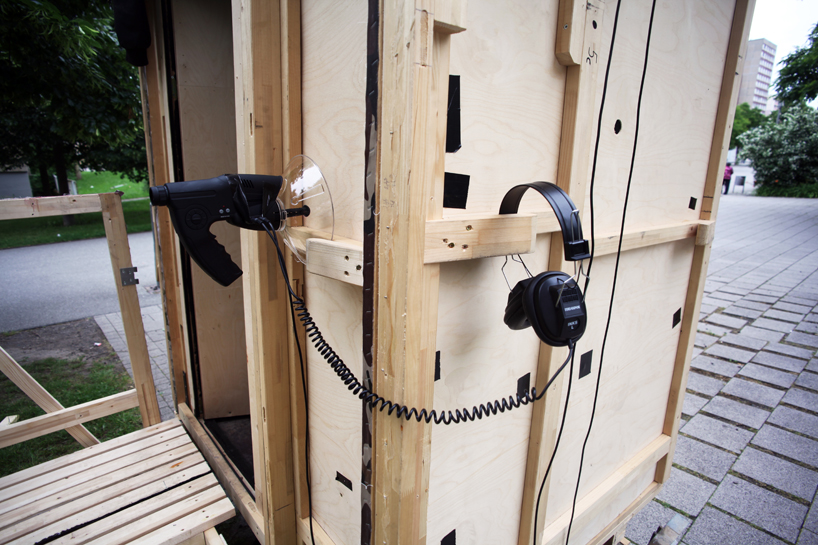 a spy microphone allows the director to target specific noises 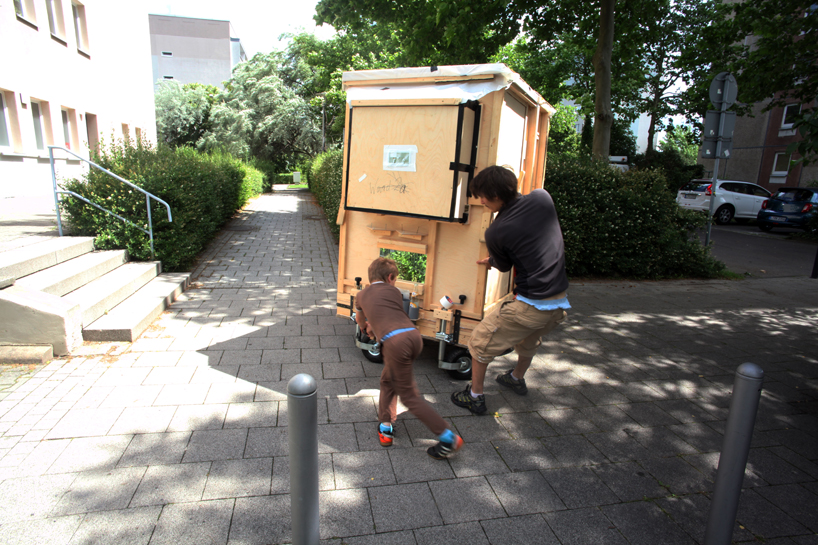 two people can enter for a ten minutes live-cinema session 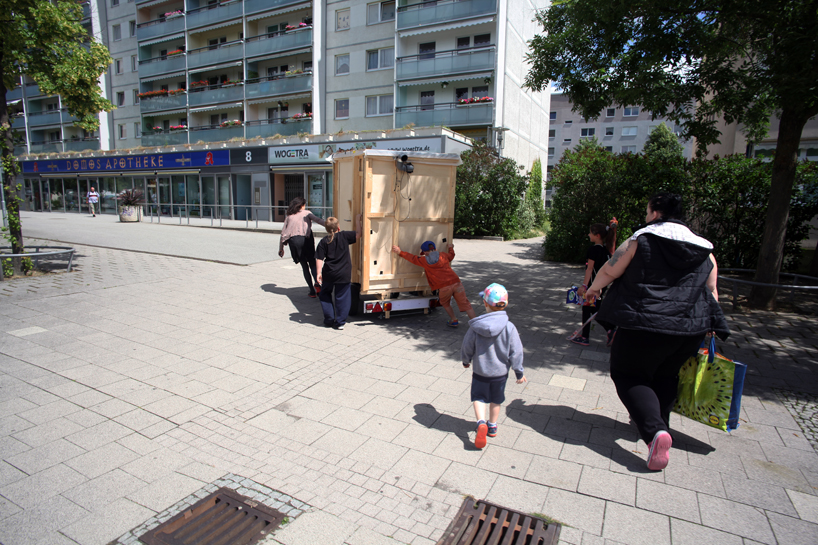 the installation reveals mundane scenes in a new light 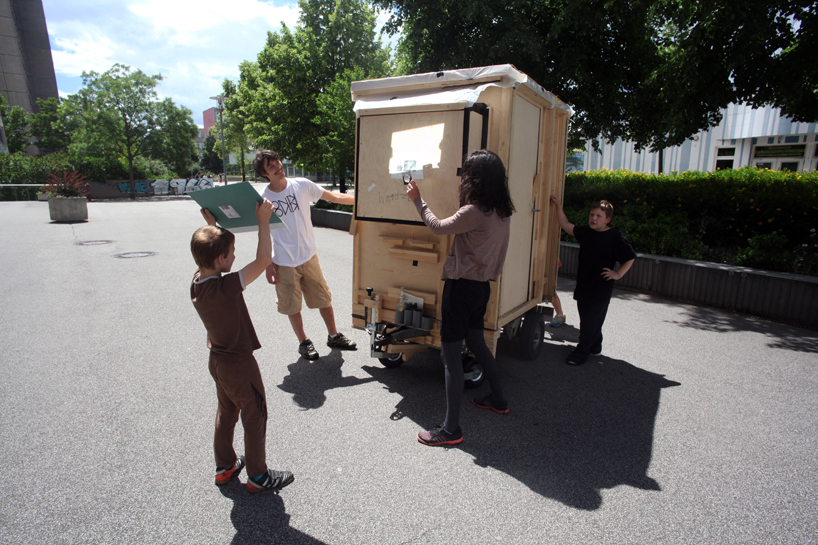 mirrors can be used to make special effects 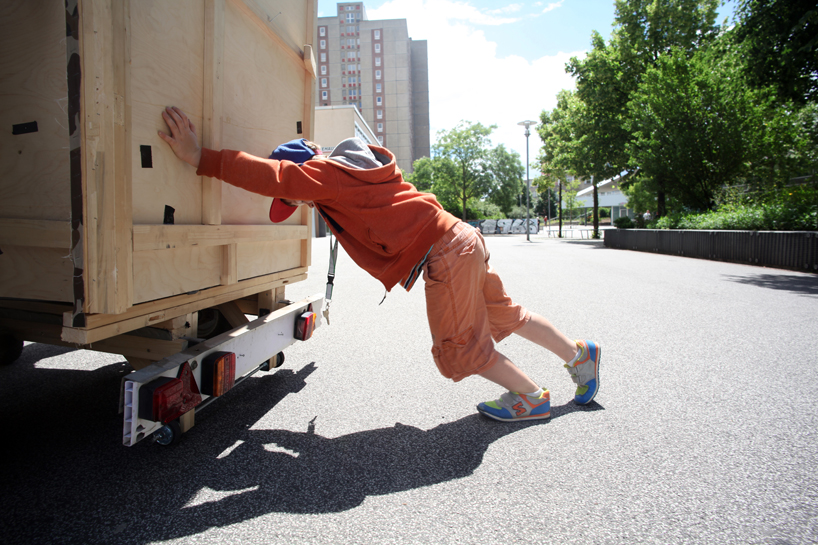 the mobile device is pushed towards different places 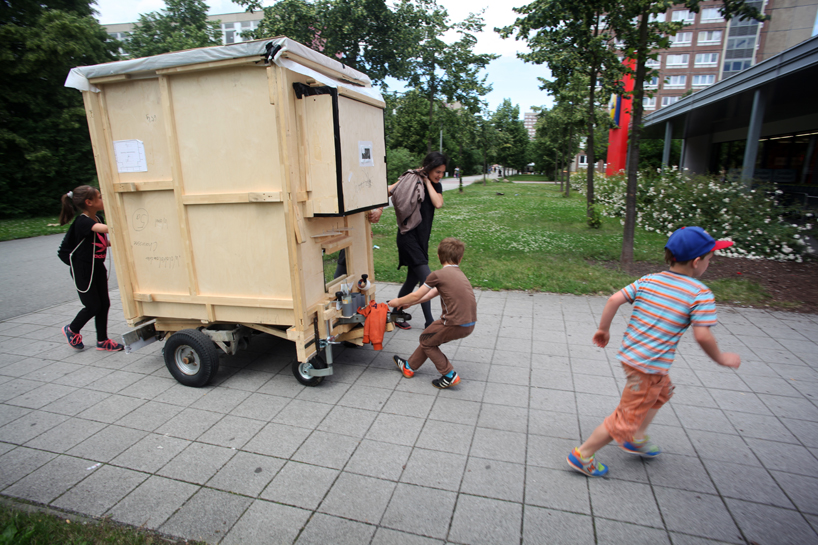 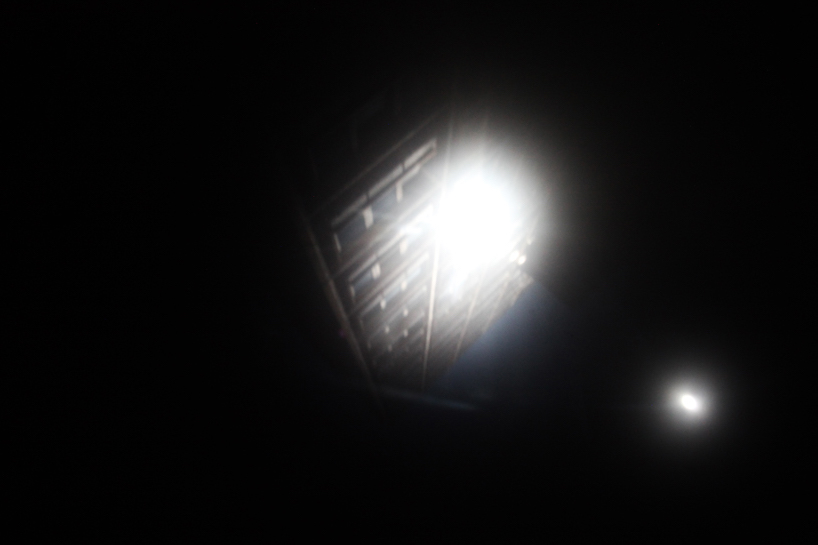 the outside world appears upside down on the screen 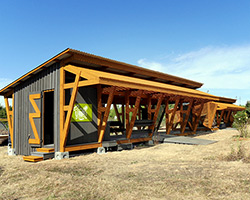 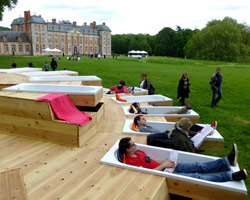 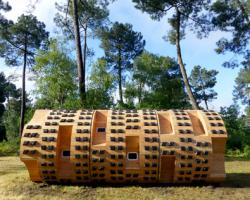 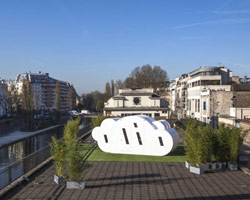