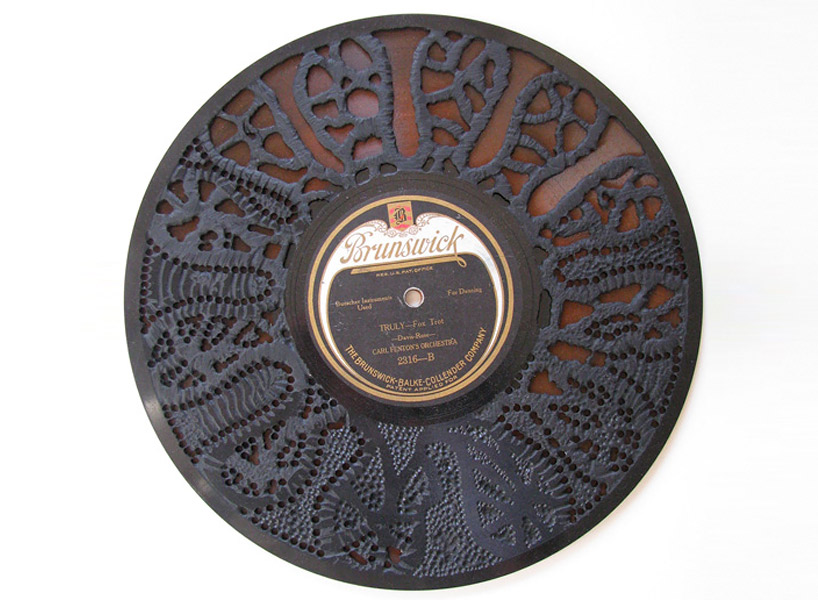 australian artist scott marr has developed a collection of carved records. each discarded vinyl has been altered by the artist’s preferred method of carving by burn-markings with a hot poker, known as pyrography. each of the 78’s, manufactured in the early 1900’s to play sounds such as walter r. rogers and his band’s rendition of ‘king cotton march’ have been repurposed as visually communicative objects. the precise movements of marr’s carving results in an assemblage of disks depicting antiquated technology as something which both remains frozen in the era from which it was created, while also melding into an object with less purpose and more appreciative of natural components such as fire, bones and time.

‘what do you do when you have a whole heap of scratched up 78’s? you carve in new information, and hope that the people understand.‘ -scott marr 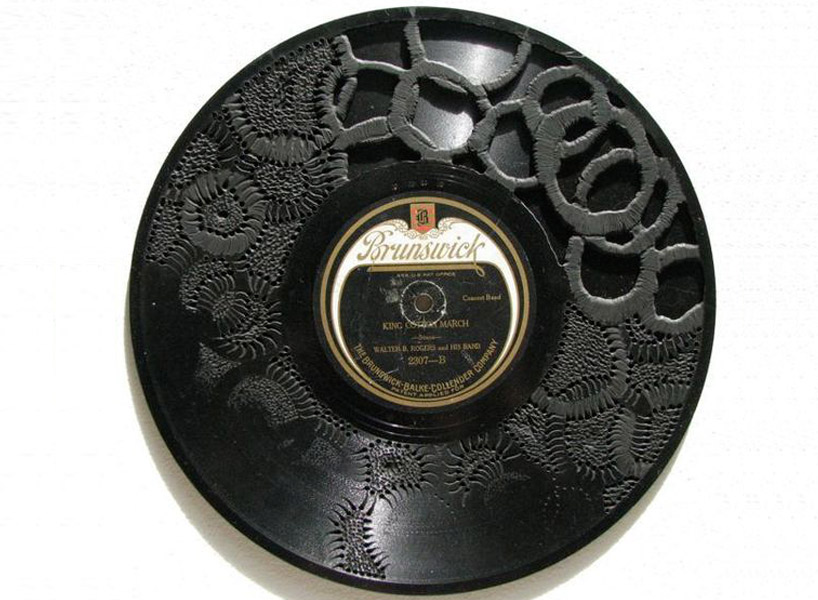 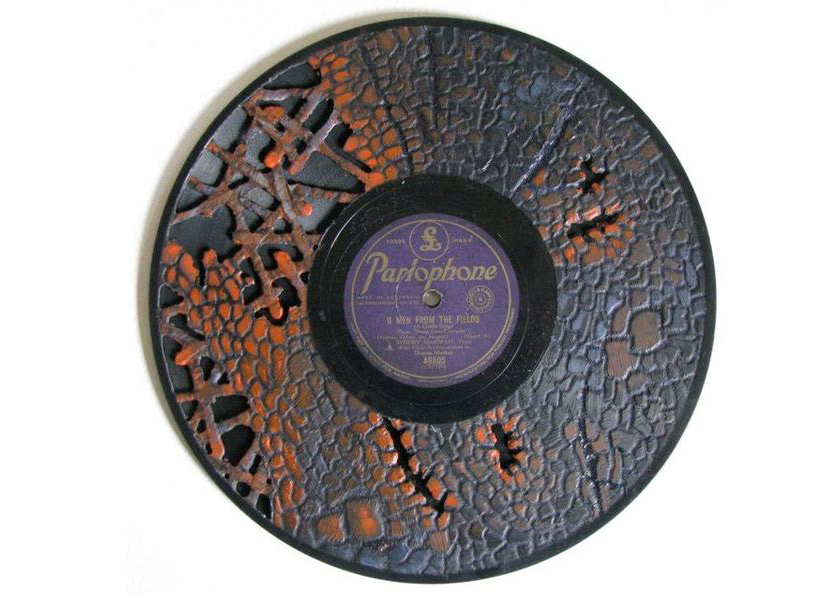 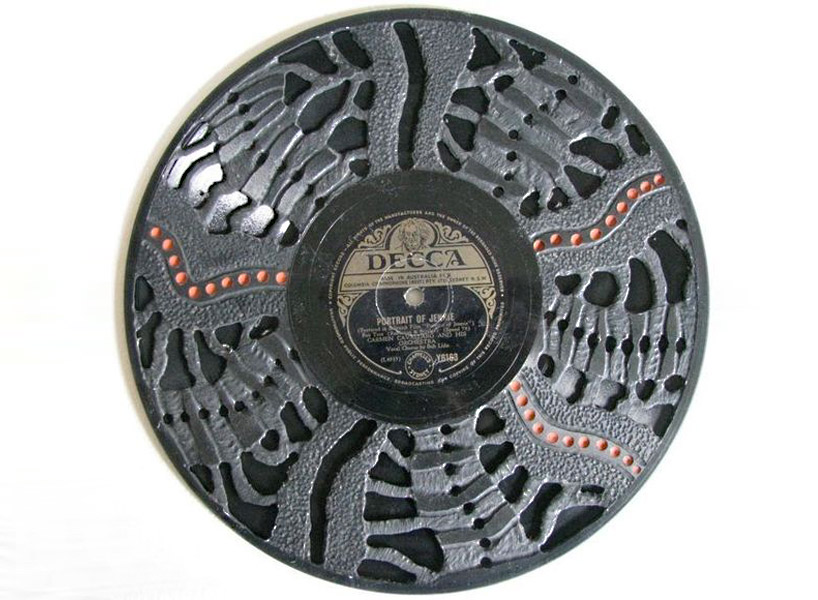 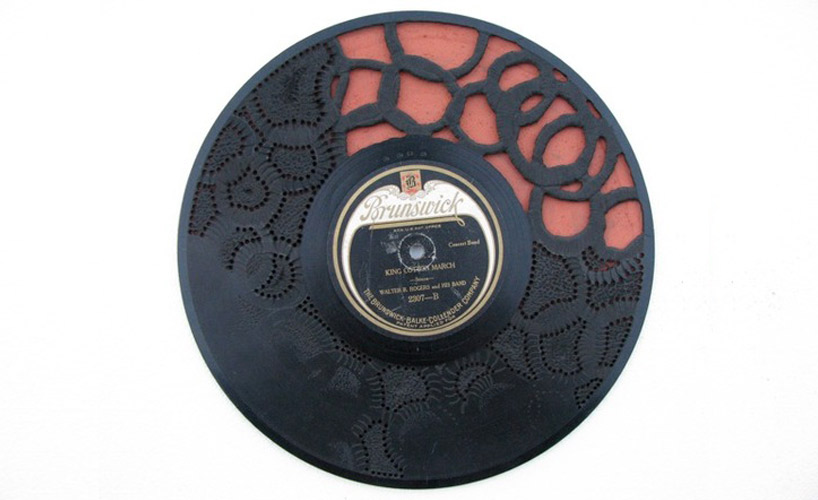 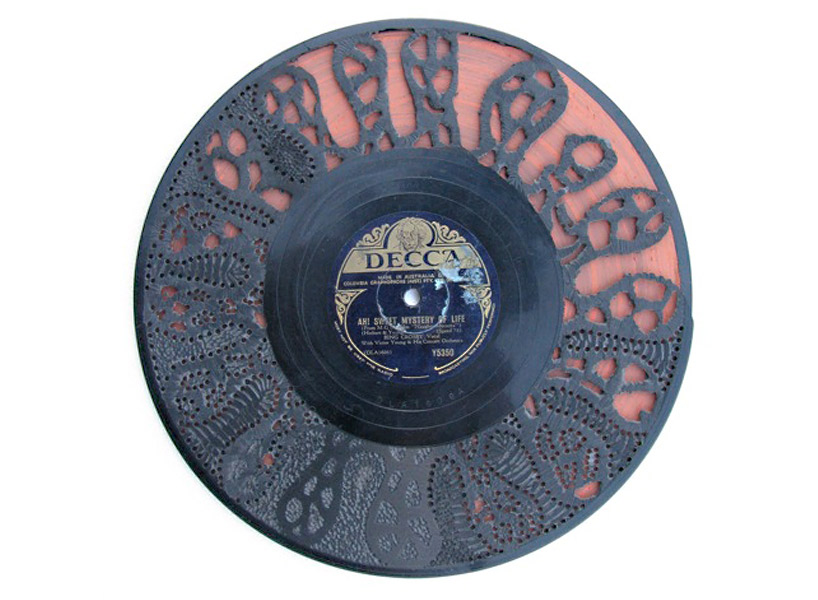