right now, thousands of people-packed caravans are slowly making their way to nevada’s black rock desert to participate in burning man. the temporary metropolis, erected annually, draws colossal crowds of devoted ‘burners’ who come to experience spirituality, community, and art. guided by the ten principles — first documented by co-founder larry harvey in 2004 — participants build the city, and then burn it to the ground 9 days later. while the community aspect is at the core of this global cultural movement, a yearly ‘art theme’ has become an important part of the city, where creatives from across the globe take part in building monumental works across the arid landscape. as creatives prepare their installations, sculptures, observatories and participatory experiences for the event, we preview the art and architecture highlights below. 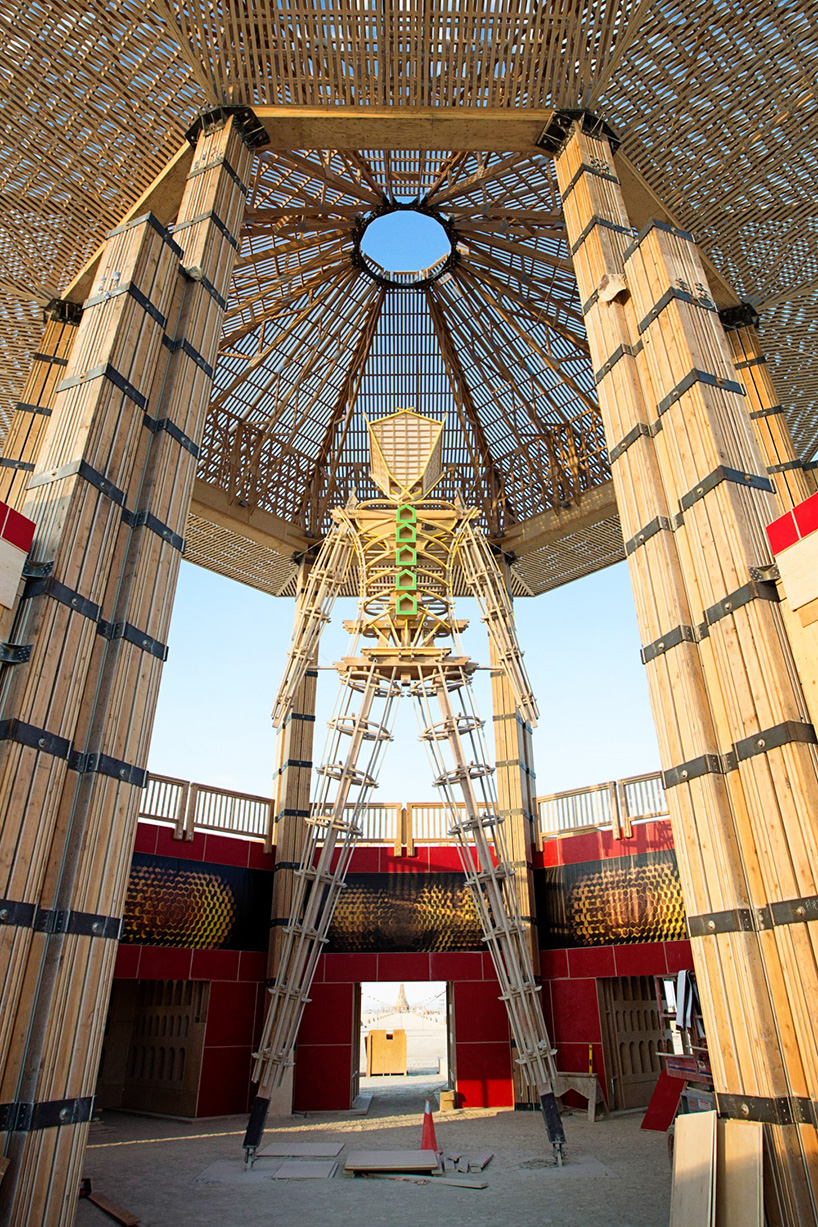 this year’s ‘man base’, a symbolic structure that serves as an observatory and meditative space
image courtesy of the burning man journal (also main image)

this year’s theme is ‘radical ritual’, ‘an attempt to reinvent ritual in our post post-modern world,’ the burning man team describe. ‘for this purpose, we will disregard assertions of belief and concentrate instead on the immediate experience of play. beliefs contain, define, and limit meaning. they can reduce truth to a rational commodity. but play can free us to envision truths of which we have no proof or warrant. such play, as we conceive it, breaks down the distinction that divides belief from make-believe. whole-hearted and creative play induces self-surrender to experience that is beyond the scope of reasoned thought.’ 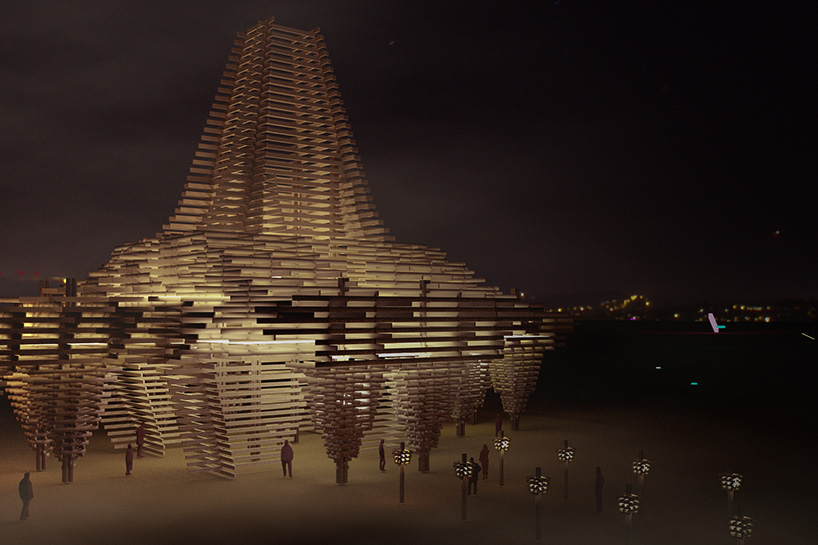 rendering of ‘the temple’, burning man’s annual ‘place of refuge, mourning, and healing’ 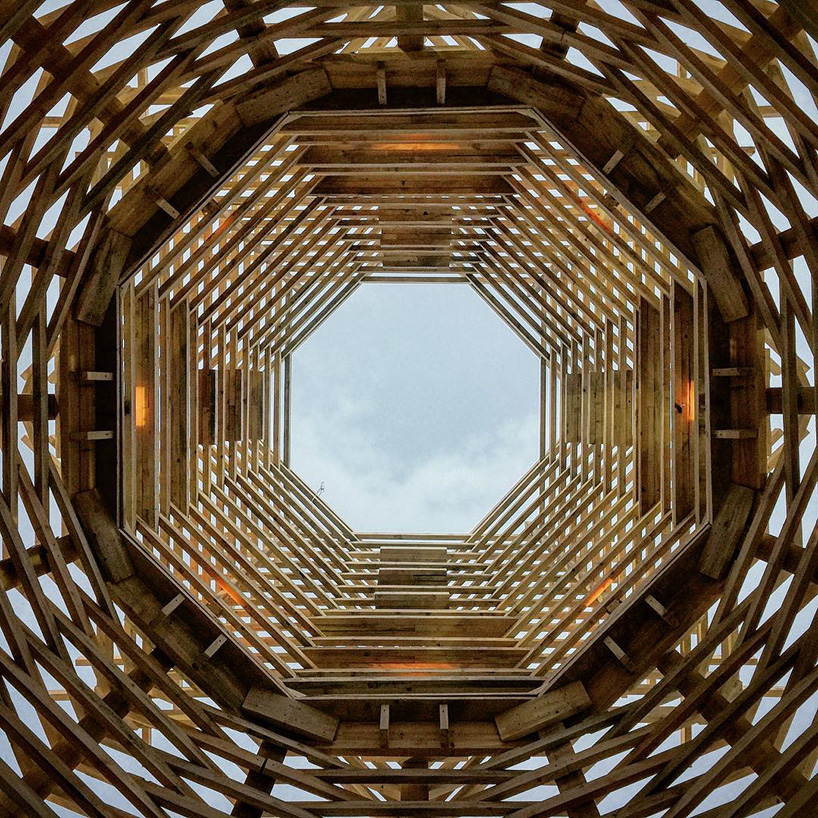 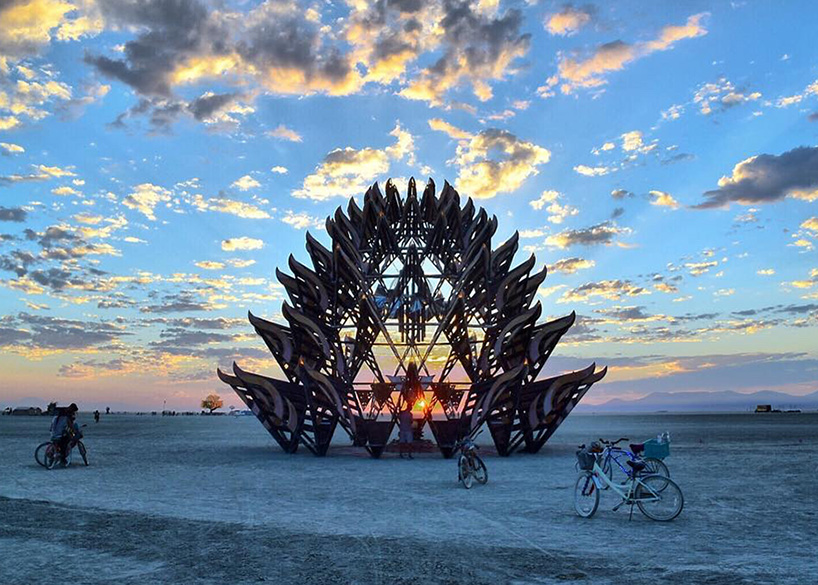 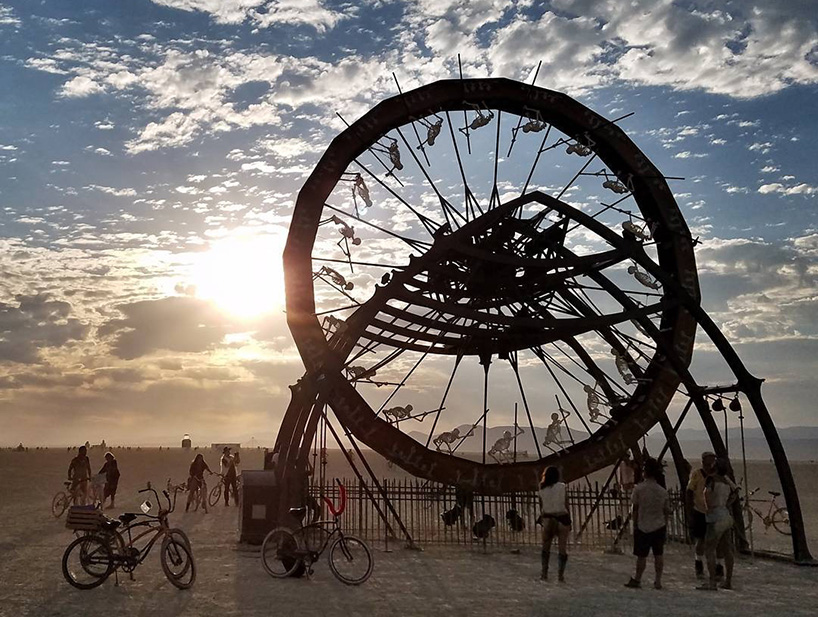 ‘charon’, a 30 foot zoetrope with posed skeletons on its inner edge, by peter hudson returns to burning man
image by @frequentcyclist 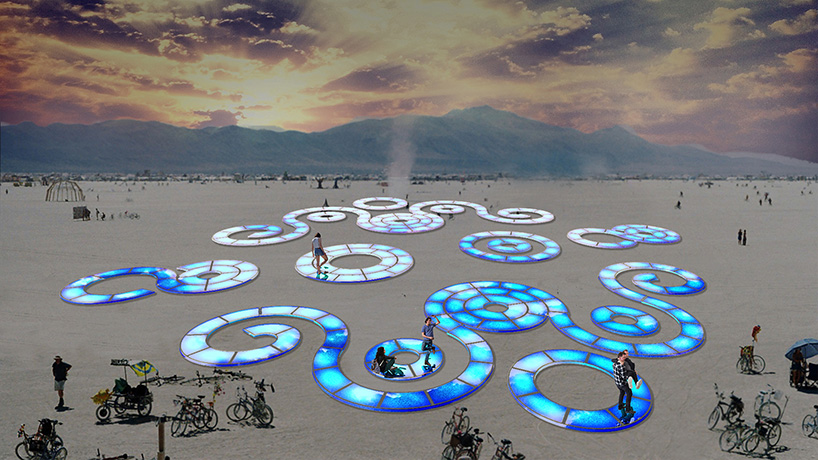 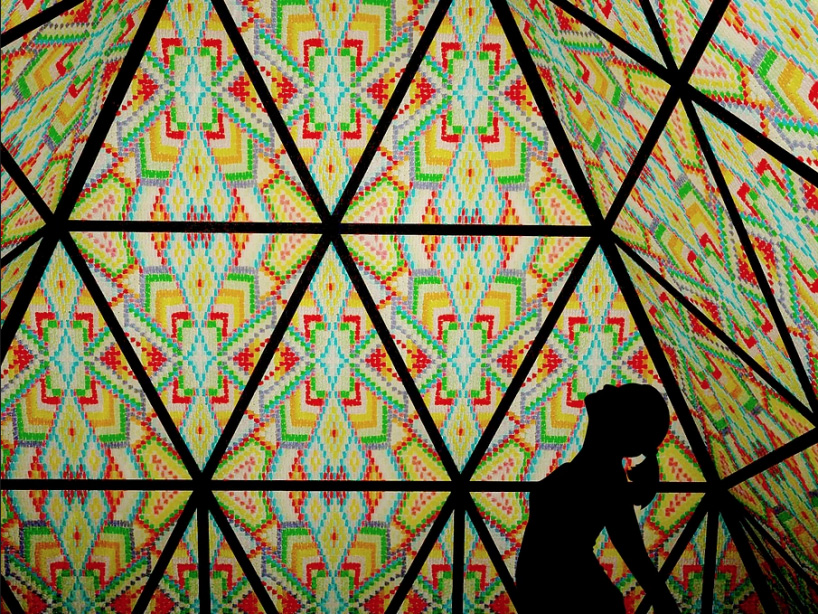 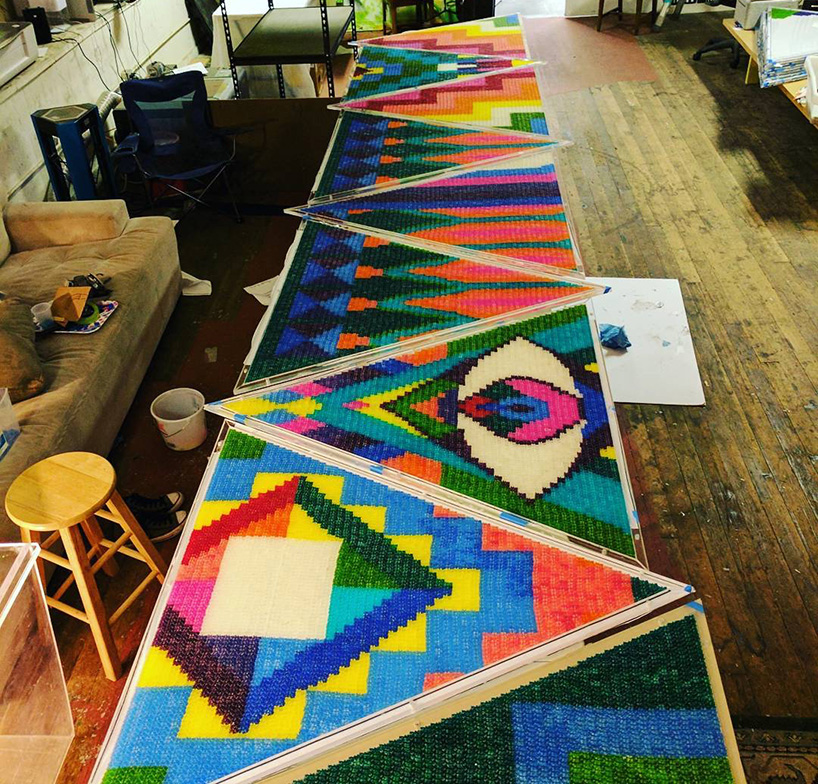 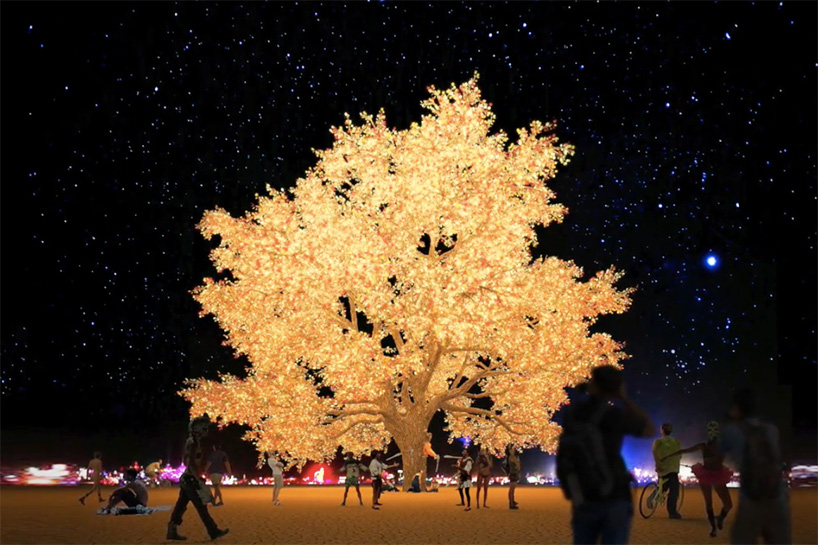 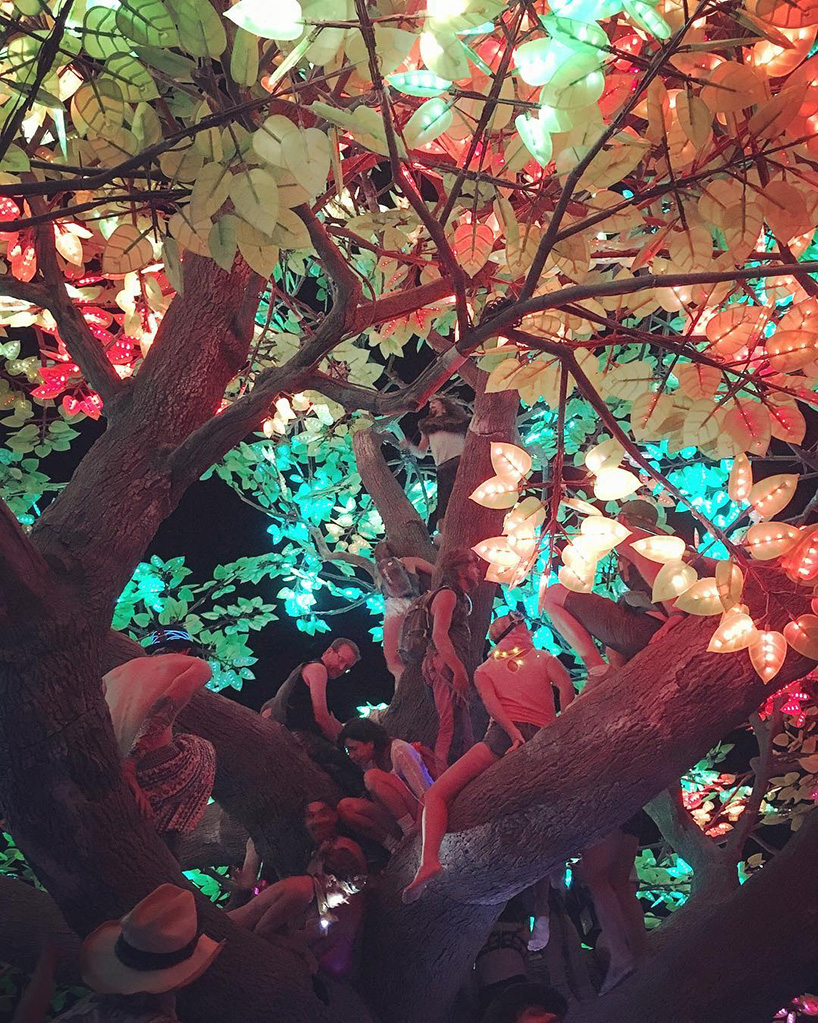 the enormous ‘tree of ténéré’ is a climbable habitat filled with 25,000 LED leaves
image by @_killerwhalen_ 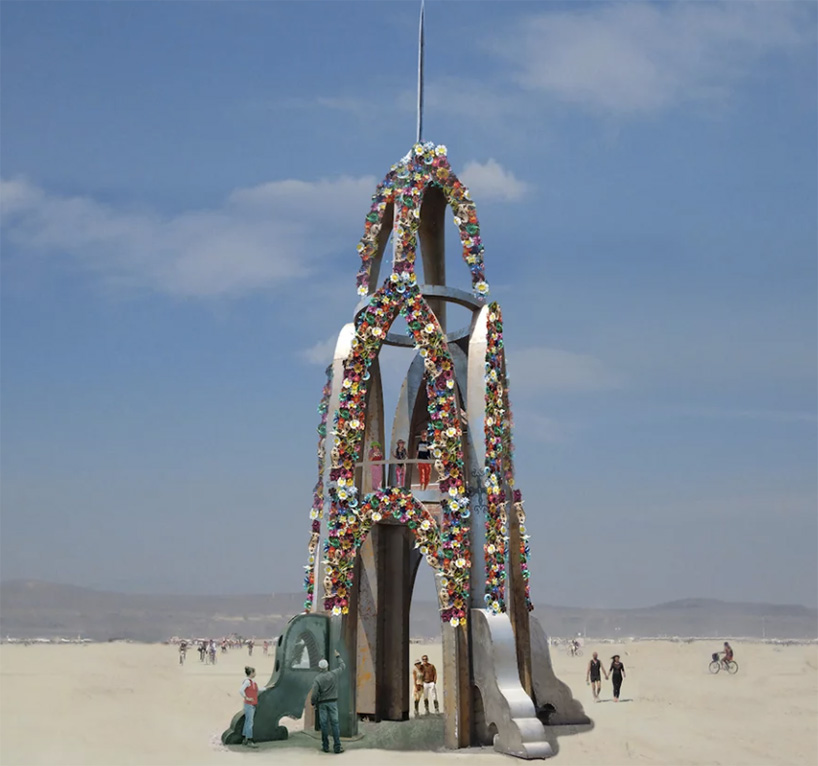 ‘the flower tower’, a cathedral devoted to happiness by kevin clark 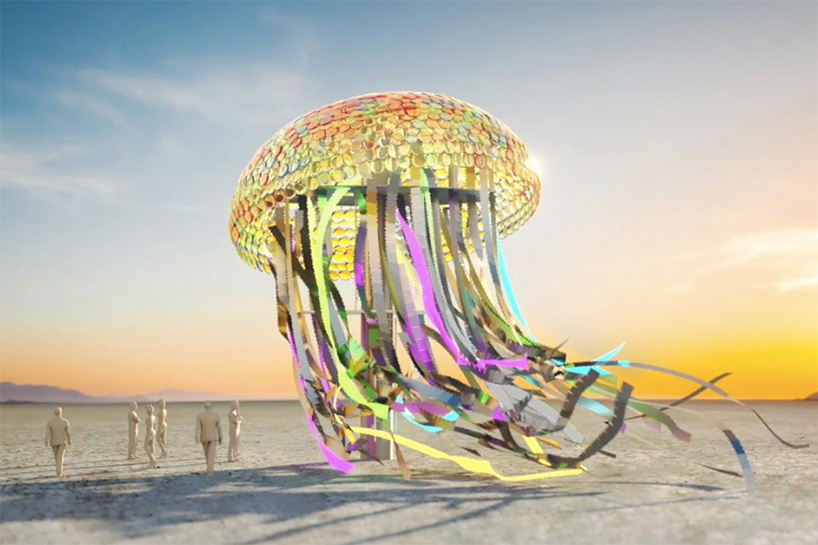