art is popping up all over at the playa with nearly 70,000 people slowly making their way to nevada’s black rock desert to be part of burning man 2018. the non-permanent utopia—a city built and destroyed every year—sees the burners or attendees, live in the middle of a hostile desert while following a set of ten principles which includes ‘leaving no trace’, ‘radical self-expression’, ‘gifting’ and ‘decommodification’. setting to create an alternative society, the radical experiment is about to start, expecting the usual suspects, as well as the newly integrated demographics of celebrities and tech CEOs.

as the temple is being erected and creatives prepare their installations, sculptures, observatories and participatory experiences, we preview the art and architecture highlights below. 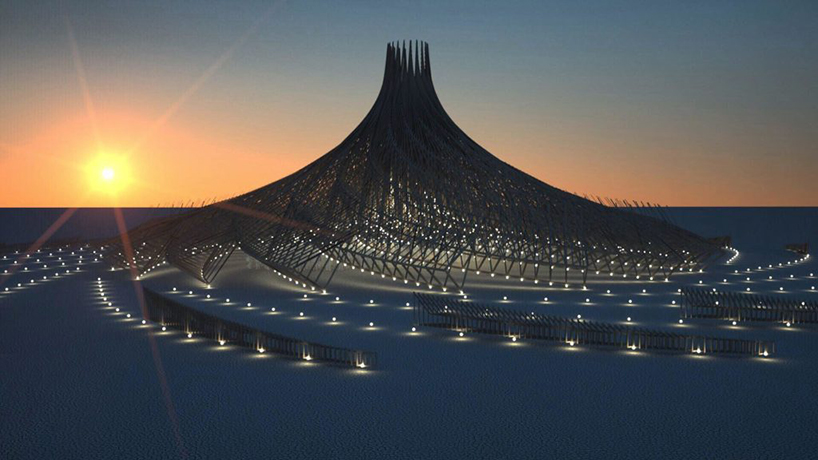 called ‘galaxia’, this year’s temple is made of 2,400 wooden triangles
image by burning man journal

burning man 2018 ’s theme is ‘I, robot’, focusing ‘on the many forms of artificial intelligence that permeate our lives; from the humble algorithm and its subroutines that sift us, sort us and surveil us, to automated forms of labor that supplant us. are we entering a golden age that frees us all from mindless labor? everything, it seems, depends on HMI, the human-machine interface. in a world increasingly controlled by smart machines, who will be master and who will be the slave?’

stay tuned for our in-depth coverage of burning man 2018 once the event is over. 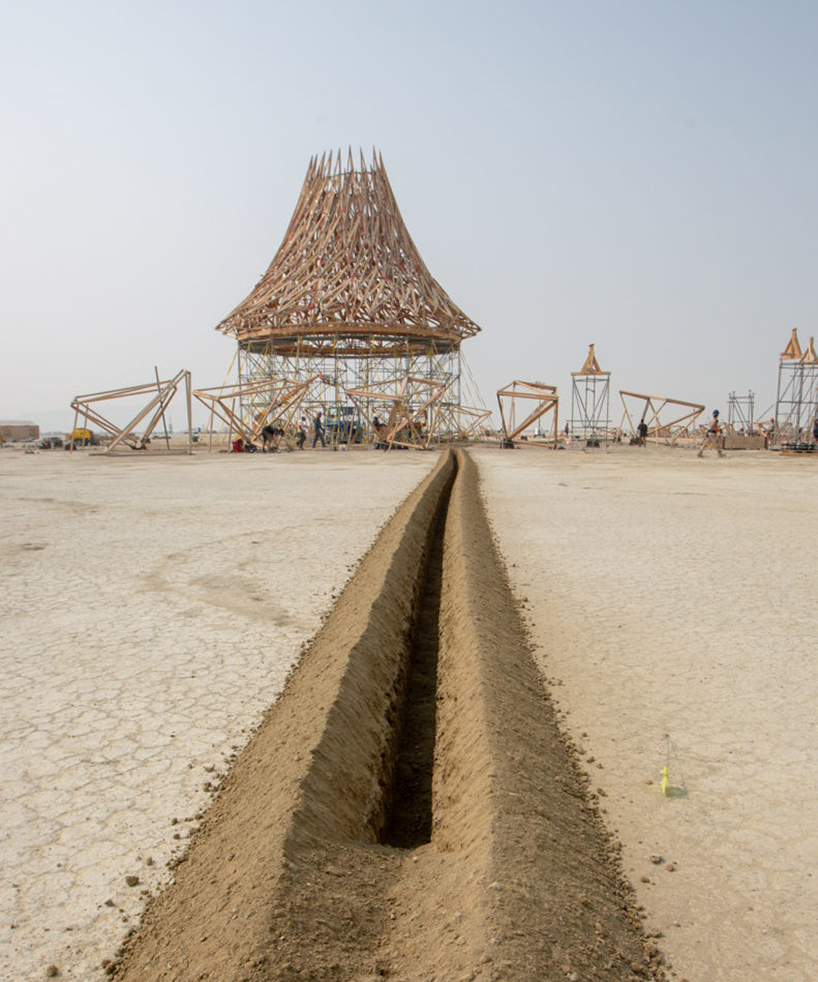 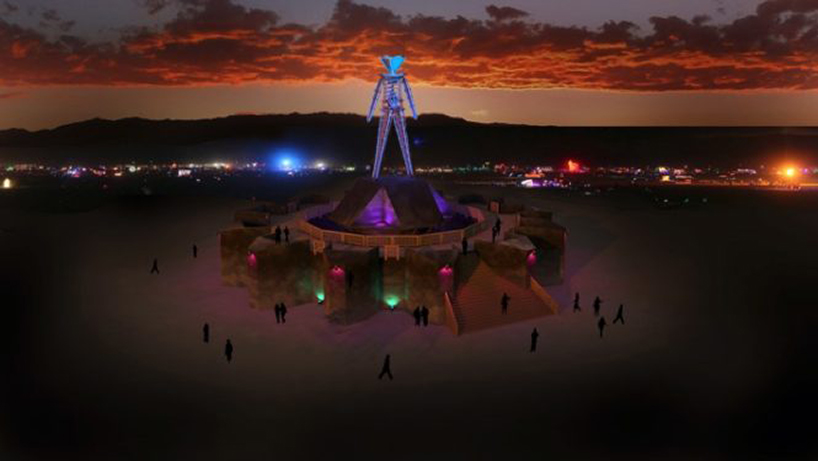 rendering of the 2018 man pavilion: IAMAI and the burnbots by astralprojekt 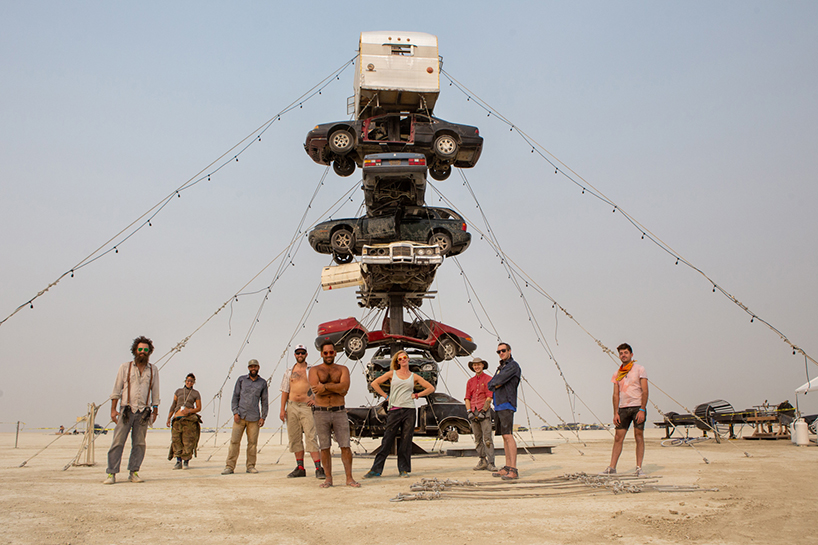 ‘the climb in to the drive in’, a totem pole of seven beat-up cars
image by burning man journal 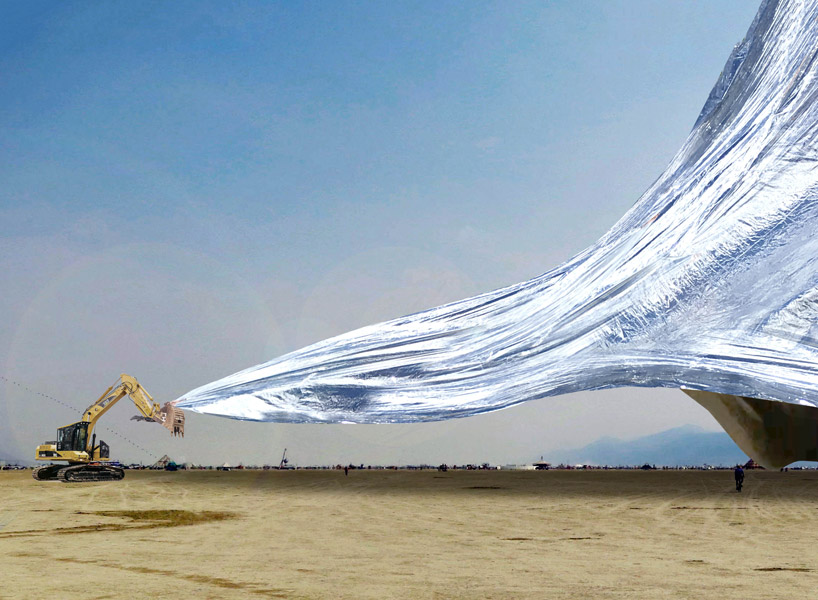 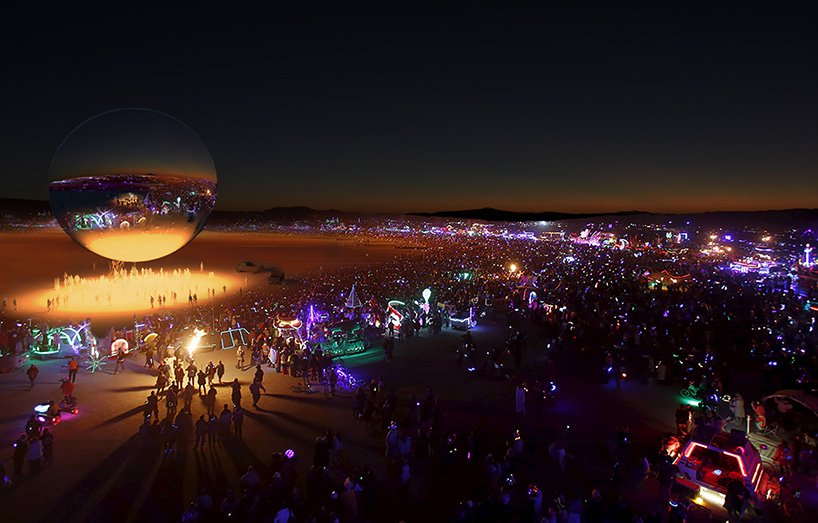 This is my first Burning Man and I feel blessed to be here. I was given the opportunity to come early and volunteer with a camp. Getting here early, I’ve been able to watch the city slowly be built from the ground up. And everyone I’ve met here so far has super awesome. 3 more days till the gates open to the public, then it’s time to rage! #Burningman2018