up at new york’s japan society, the exhibition ‘bye bye kitty!!!: between heaven and hell in contemporary japanese art’ features the works of sixteen artists engaging in critical dialogue with tradition and contemporary culture.

curator david elliott reflects: ‘here we see Japanese artists critically examining tradition and history; responding to a threatened natural world; and expressing an unquiet, even nightmarish, consciousness. taken together, these three approaches comprise a quintessentially japanese response to the present and the future.‘ 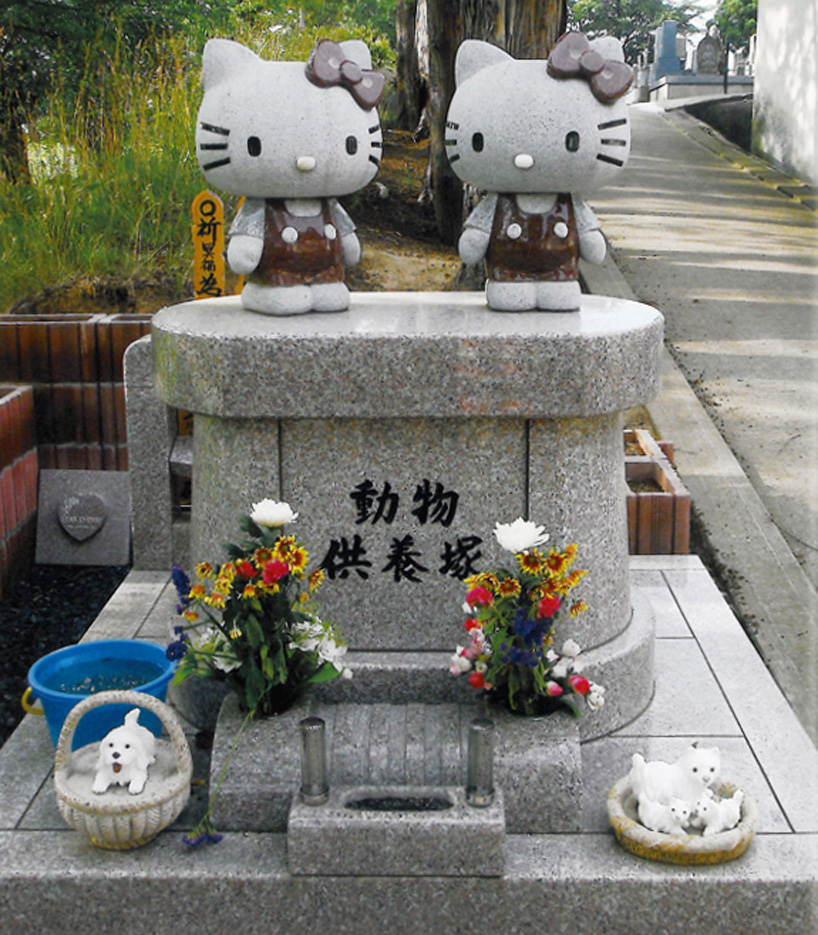 many of the works sample from traditional aesthetics: a large triptych by hisashi tenmyouya treats the subject of battle in imagery characteristic of traditional depictions, but illustrates the feral brutality of war rather than the expected lofty religious imagery. likewise, yamaguchi akira’s ‘narita international airport’ adopts the perspective of seventeenth century illustrations of kyoto, but with airplanes circling the skies and the classic misty clouds cast in a yellow suggestive of pollution.

other works include the debut of kohei nawa’s ‘pixcell-deer #24’, a taxidermized deer whose skin has been covered with different sized plastic beads; large-scale paperwork installations by tomoko shioyasu and haruka kojin; and chiharu shiota’s ‘dialogue with absence’, which links a painted wedding dress, pumps, tubing, and red-dyed water.

concepts that repeat across multiple works in the exhibition include a challenging of the ‘kawaii’ (cute) aesthetic of japan, and a treatment of our relationship to the rest of the world, whether in terms of environmental concerns or national boundaries. 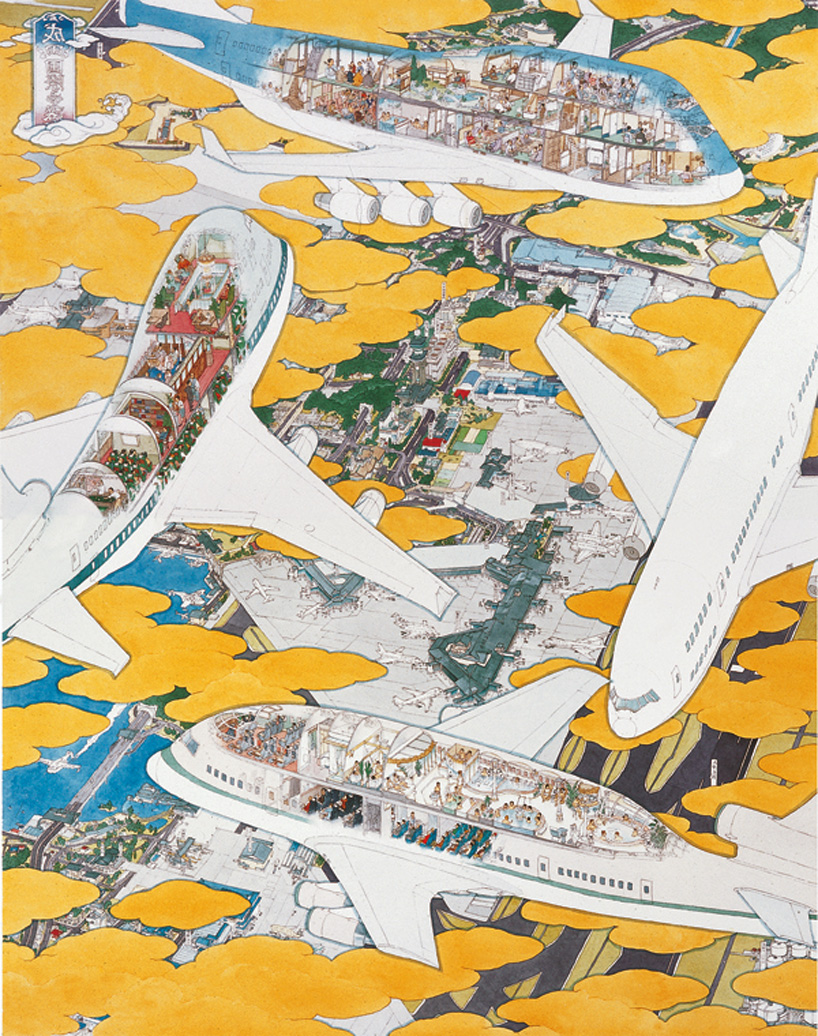 50% of all admission sales for the exhibition will go to japan society’s earthquake relief fund. 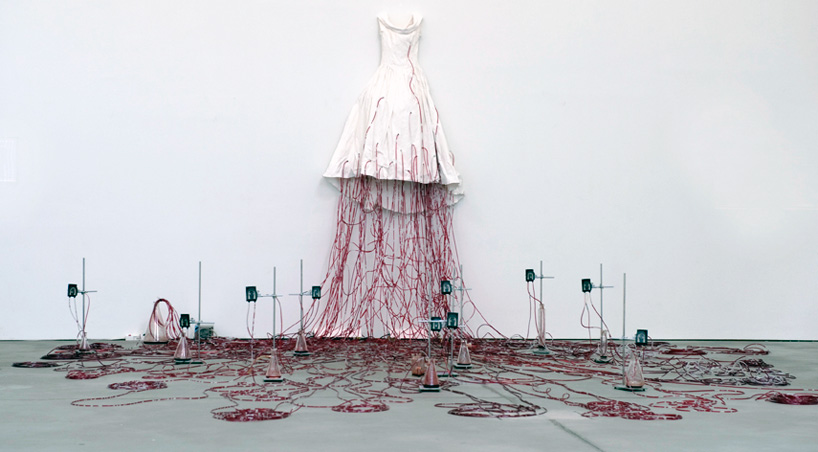 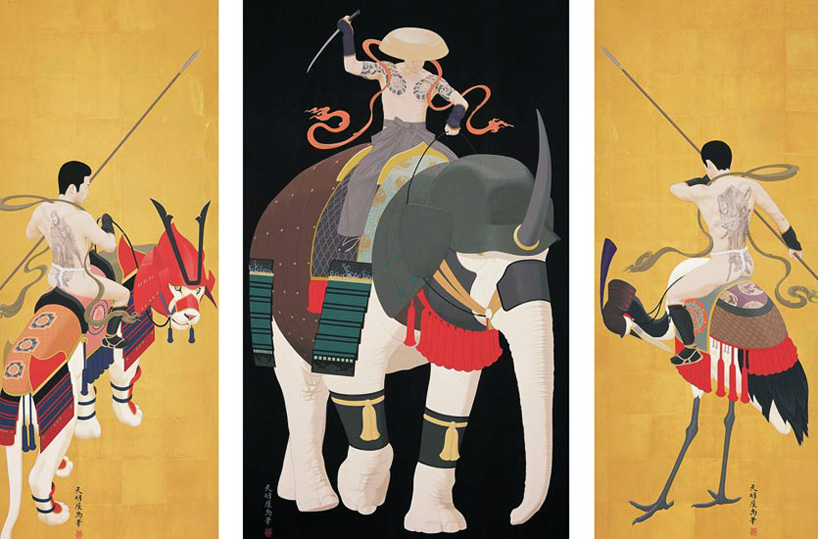 kohei nawa’s ‘pixcell-deer#24’, a new addition to his beaded taxidermy pixcell series, arrives in new york in preparation for the exhibition images courtesy of dnainfo