on june 9, 1987 yonsei university student han-yeol lee (1966-1987) was struck in the head by a police tear gas canister while attending a pro-democracy rally in seoul, and later died from his injuries. lee’s death quickly became a rallying point for members of the democracy movement, and his funeral drew crowds estimated to be in the millions. one of the major focal points of lee’s funeral was a large memorial portrait of the fallen activist painted by the artist and fellow democracy-fighter, byungsoon choi. a truck displaying the portrait followed the mourners on their route from seoul to gwangju, where the young man was born. after the funeral, choi’s painting was publicly displayed at yonsei university as a memorial, but was quickly attacked and destroyed by seoul police forces, which sought to downplay lee’s death. choi painted an identical portrait to replace the one that had been destroyed, but soon after it was replaced, this second portrait was slashed with knives, and act of vandalism that many have attributed to the police. the slashed painting was eventually repaired, and is on view at this year’s gwangju art biennale, affixed to a truck in the same manner as during lee’s funeral. over the course of its two iterations, choi’s image has acted as both a social crystallization point and as an icon, as a focal point for throngs of mourners and as a cipher for the democratization movement as a whole. it thus became a target of aggression by those who feared the power of images. 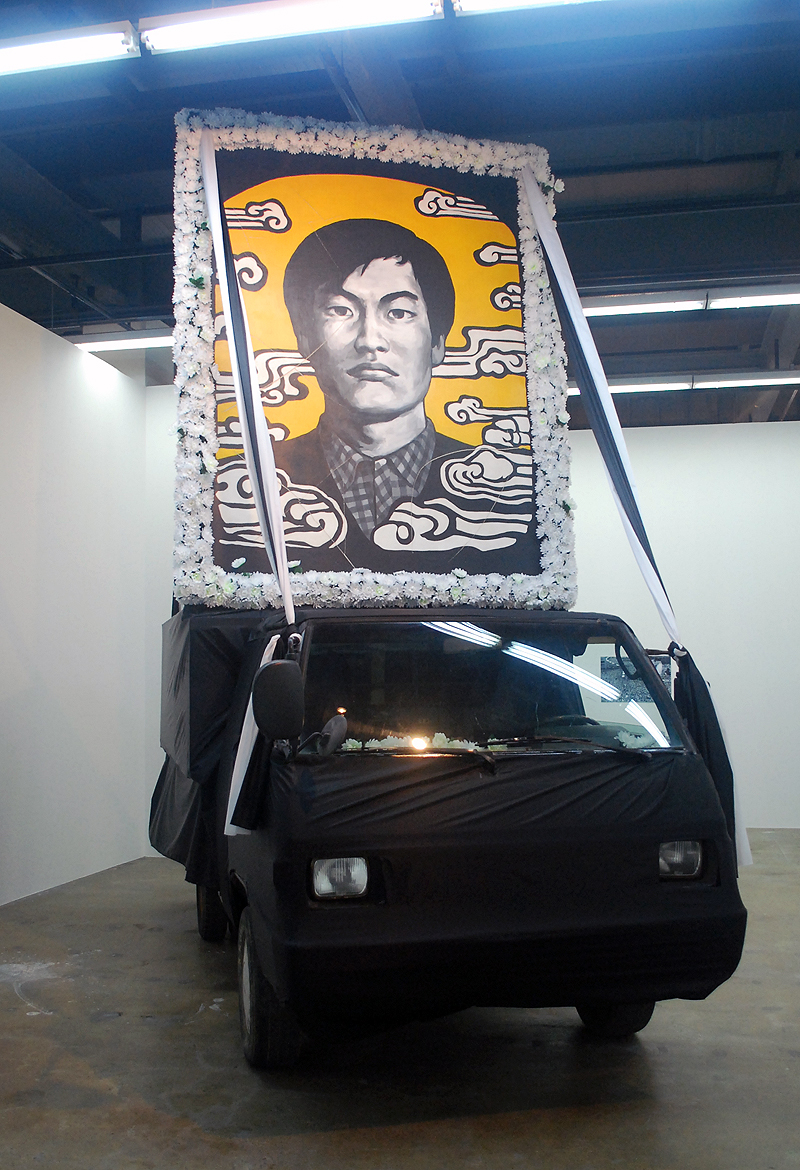 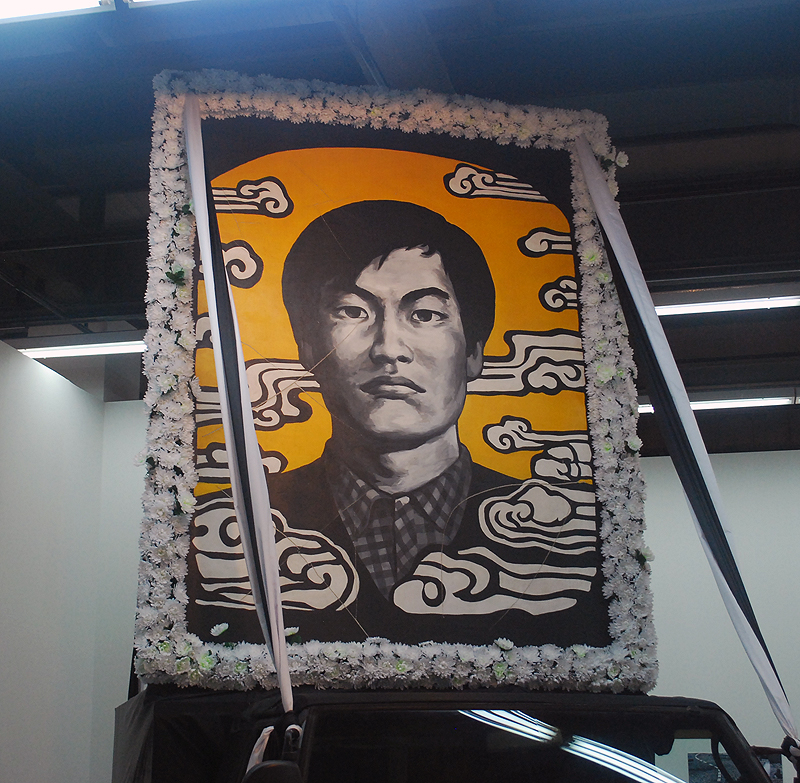 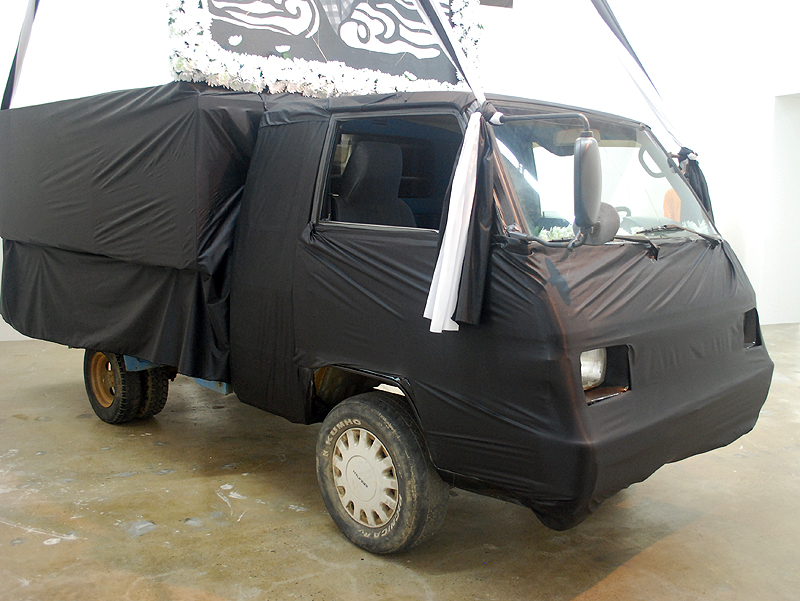 the truck covered in a black fabric image © designboom 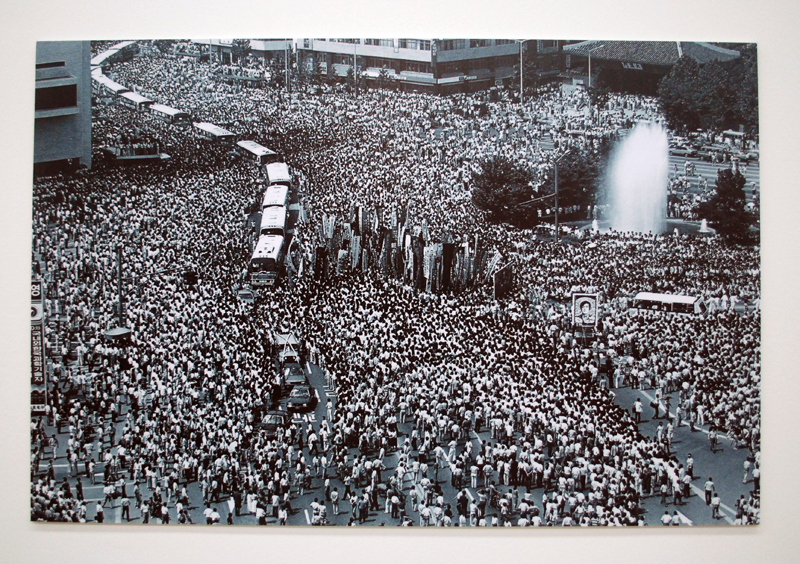 an exhibited photograph of the funeral march image © designboom 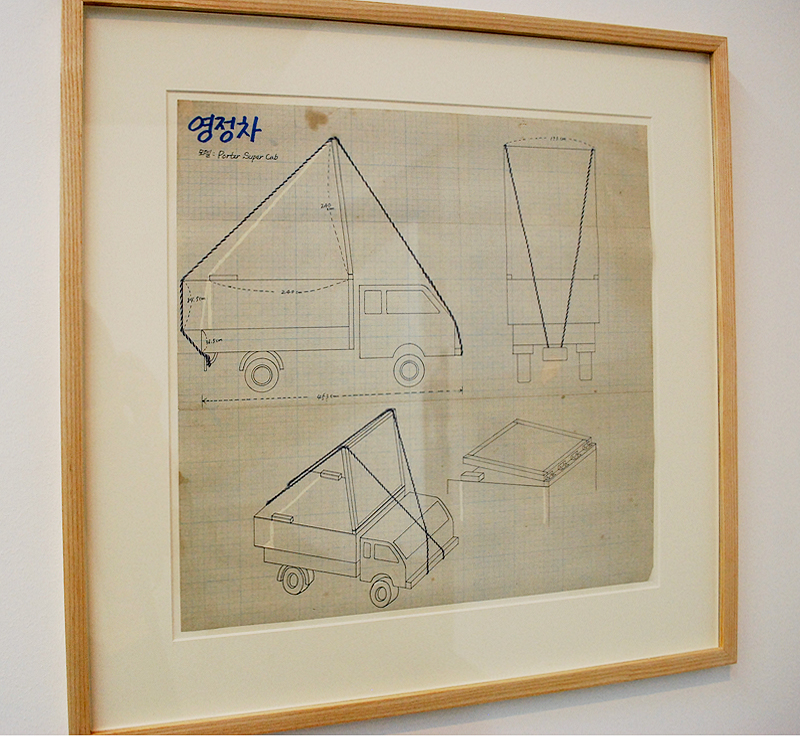 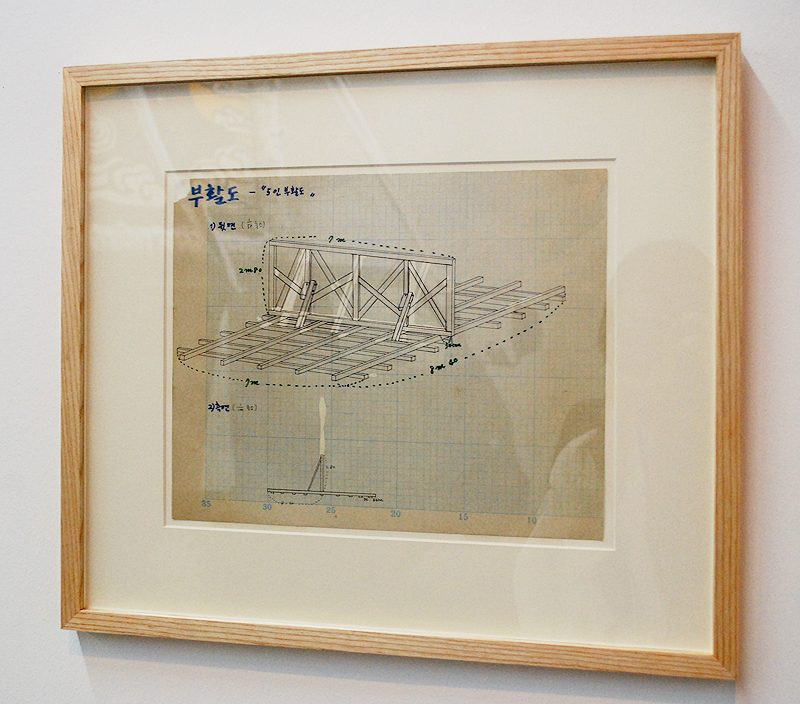