currently on display at the fine arts museum, taipei is the retrospective exhibition of chinese born, new york based artist cai guo qiang. the show features numerous works including day and night and toroko gorge, large drawings created from explosions of gunpowder on sheets of paper covered with stencils. he initially began working with gunpowder to foster spontaneity and confront the suppression that he felt from the controlled artistic tradition and social climate in china at the time.

also on display is his ‘head on’ installation consisting of 99 life sized wolves running in a high arc against walls.

be it creating elaborate installations, drawing his explosive art on paper, or illuminating the sky with colorful fountains, bridges or dragons, all of cai guo-qiang’s works combine chinese culture with western, post-conceptual thought.

‘people say you can hang out with a pretty girl or hang out at an internet café. in essence, the term ‘hang out’ means to enjoy something.’ – cai guo-qiang explains the title of his new show. 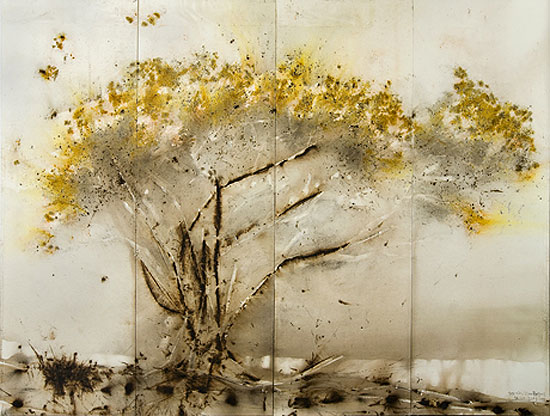 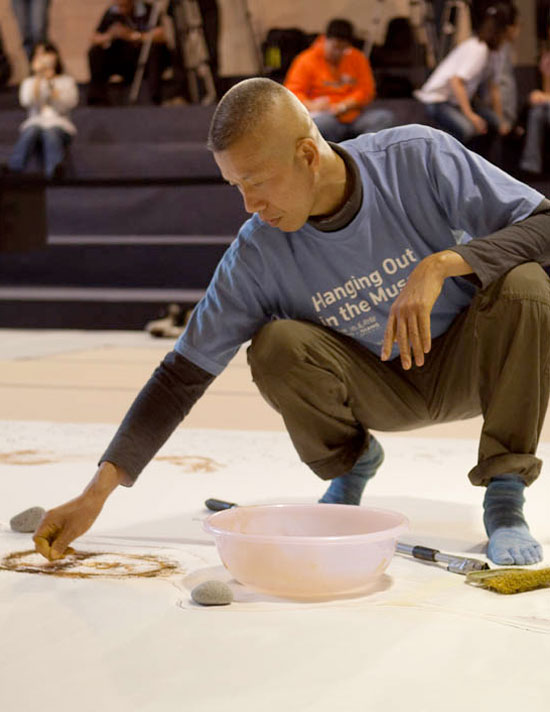 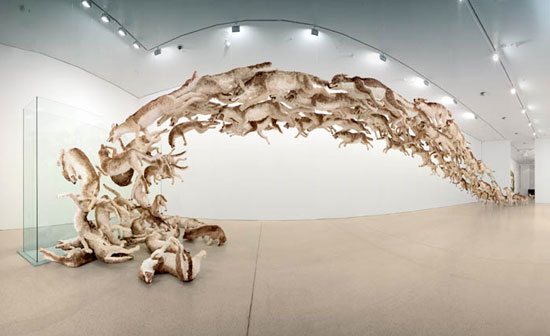 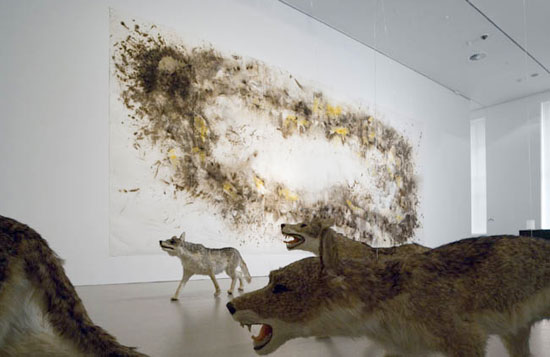 cai guo-qiang was born in 1957 in quanzhou city, fujian province, china. the son of a historian and painter, cai was trained in stage design at the shanghai drama institute. his work has, since the outset, been scholarly and often politically charged.