the mathaf: arab museum of modern art presents ‘saraab’ (meaning ‘mirage’ in arabic), the first solo exhibition of chinese artist  cai guo-qiang in the middle east. curated by wassan al-khudhairi, the show features 17 newly commissioned pieces, highlighting the little known connection between the asian and middle eastern cultures which date back to the ancient silk road. cai explores historical iconography from both regions presented on paper, canvas and porcelain works.

the new works are exhibited on the ground floor galleries. the pieces echo botanical patterns seen in islamic decorative art  and manuscripts, reflecting on the ancient icons and traditions. gunpowder drawings provide a sense of tension between  destruction and creation, an idea that carries significance for both cultures. a documentary about the making of the commissioned  works, including process videos of the sketches and renderings accompanies the show and keeps with the museums focus on education and broader contextualization.

for ‘endless’, two qatari houri boats and a traditional chinese fishing boat, transported from quanzhou, were placed on gently rocking water. the room is enveloped in fog, creating the sense of distance, as it simultaneously suggests both travel and rest. 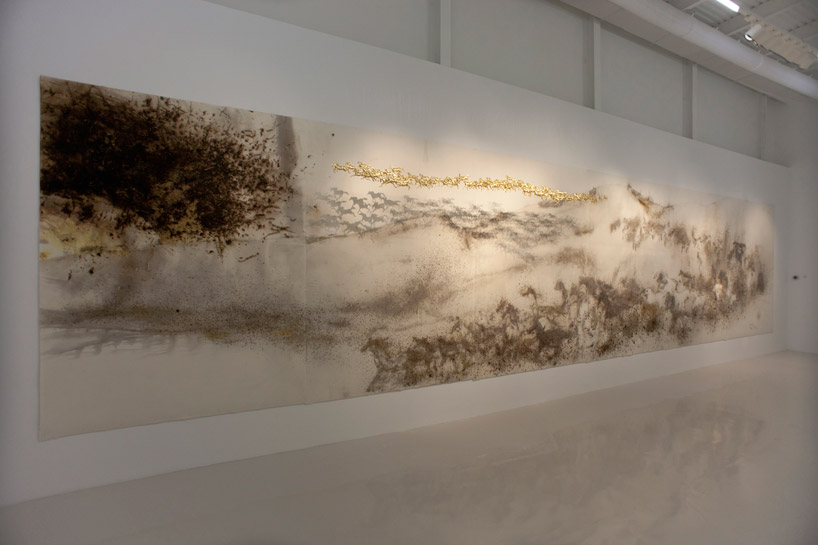 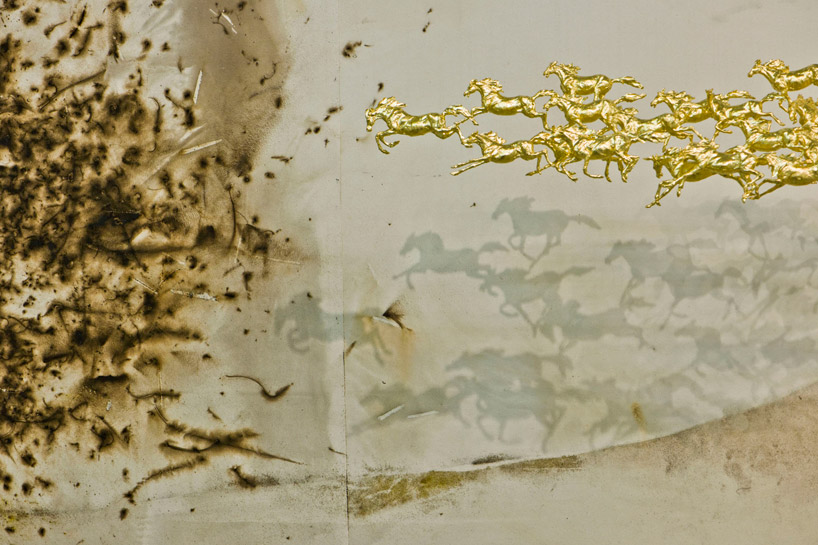 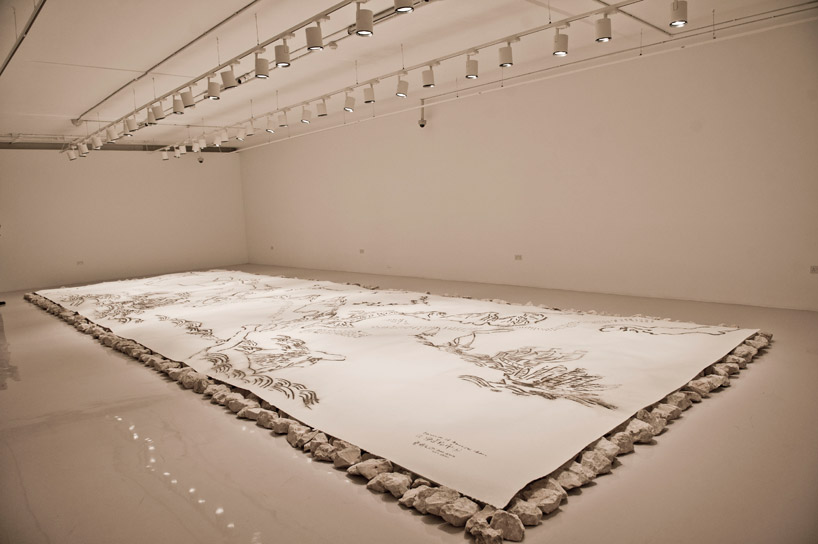 ‘route’ uses gunpowder to draw a modern map in the format of ancient nautical charts. the rocks underneath render the surface smooth but uneven, an homage to the desert plains. 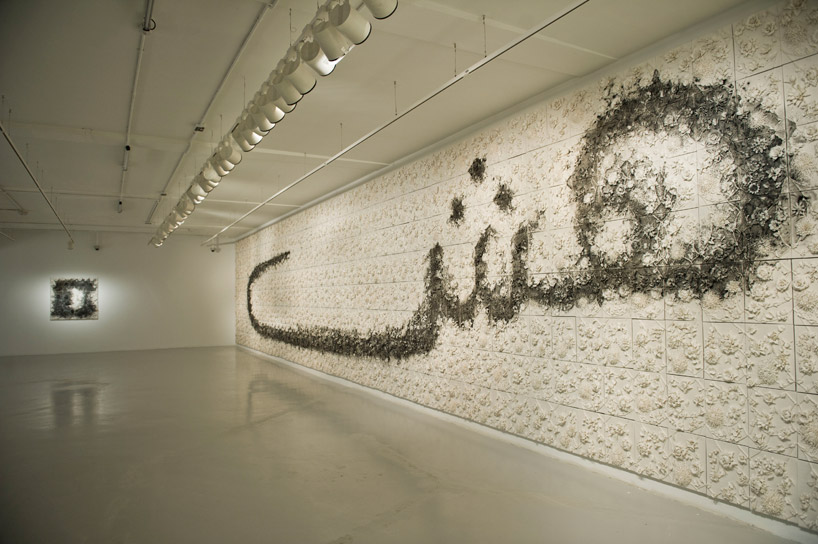 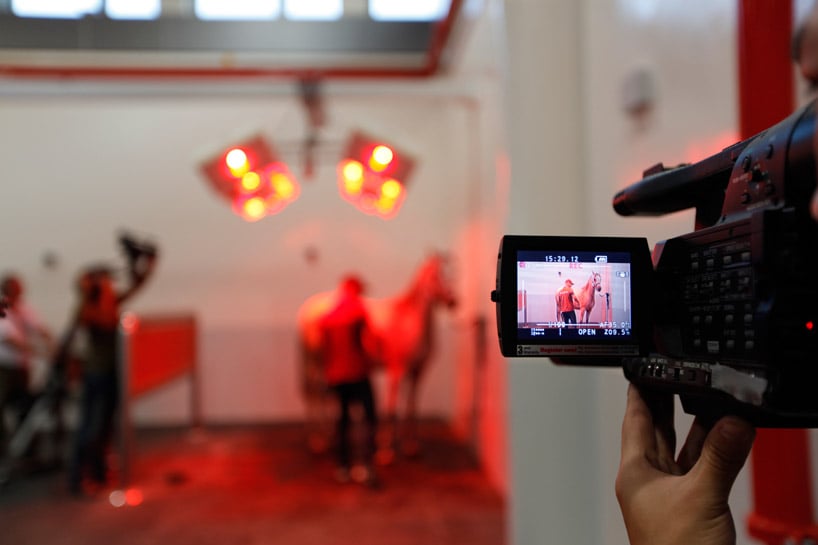 ‘al shaqab’ is a video installation shot at the emir’s horse breading and training facility ‘al shaqab’, the short film invites viewers  to sit majlis-style and consider arabian horses as a cultural symbol. 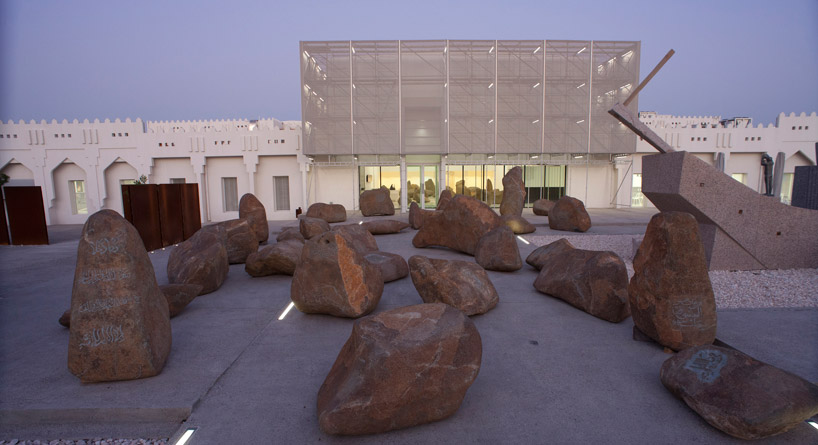 ‘homecoming’ at the mathaf courtyard

‘homecoming’ is a series of stones from quanzhou in which arabic inscriptions of tombstones are inscribed  from quanzhou’s historic arab community. the rocks wind their way from the museum’s courtyard into the atrium, symbolizing  their homecoming.

‘homecoming’ at the atrium 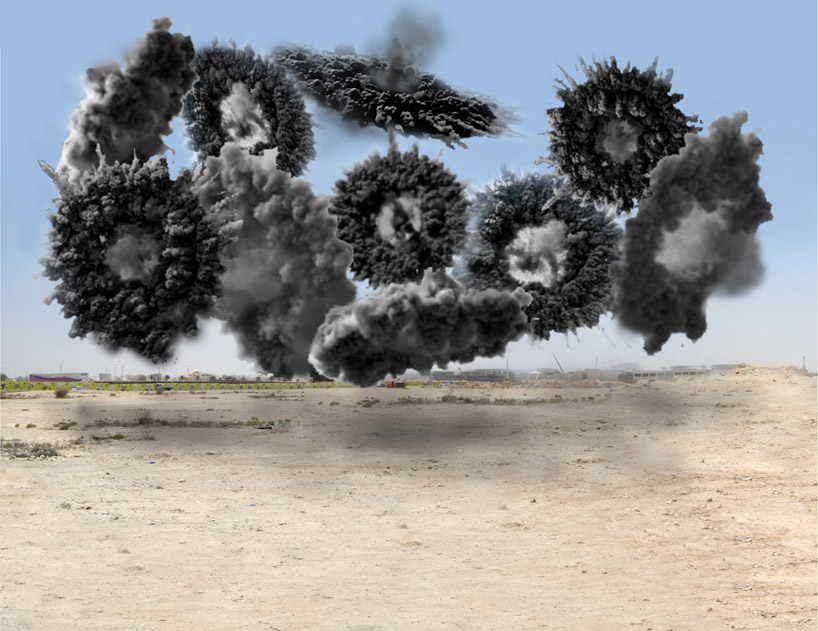 rendering of ‘wreath’ from black ceremony

outside the museum walls, cai planned his signature explosions as part of the exhibit opening. ‘black ceremony’ is a progression  of 10 detonations near the city of mathaf. 8, 300 shells ignited to form a black pyramid as well as colorful circles,  triangles and rectangles; shapes which hold significant meaning for the arabs. the video of the event is presented  as part of the displayed works. 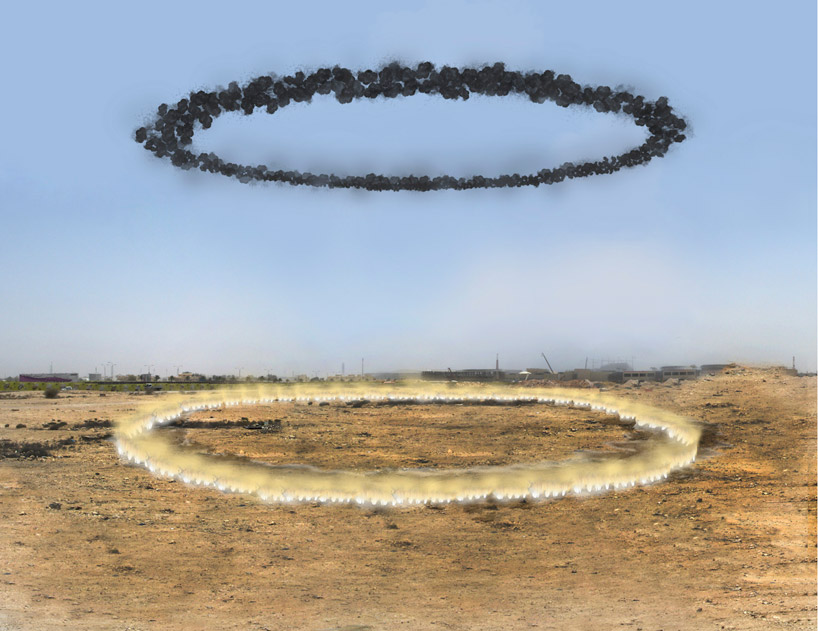 rendering of ‘halo’ from black ceremony

‘rainbow’ during black ceremony by tusilya