off the shore of huiyu island — a small and picturesque fishing village the chinese city of quanzhou — artist cai guo-qiang has realized the explosion event ‘sky ladder’ in his hometown, a project he has attempted three times over the past 21 years. finally completed in quanzhou, ‘sky ladder’ was offered as a gift for the artist’s 100-year old grandmother, his parents, family, and hometown.  ‘behind sky ladder lies a clear childhood dream of mine. despite all life’s twists and turns, I have always been determined to realize it. my earlier proposals were either more abstract or ceremonial. sky ladder today is tender, and touches my heart deeply: it carries affection for my hometown, my relatives and my friends. in contrast to my other attempts, which set the ignition time at dusk, this time the ladder rose toward the morning sun, carrying hope. for me, this not only means a return but also the start of a new journey.’ 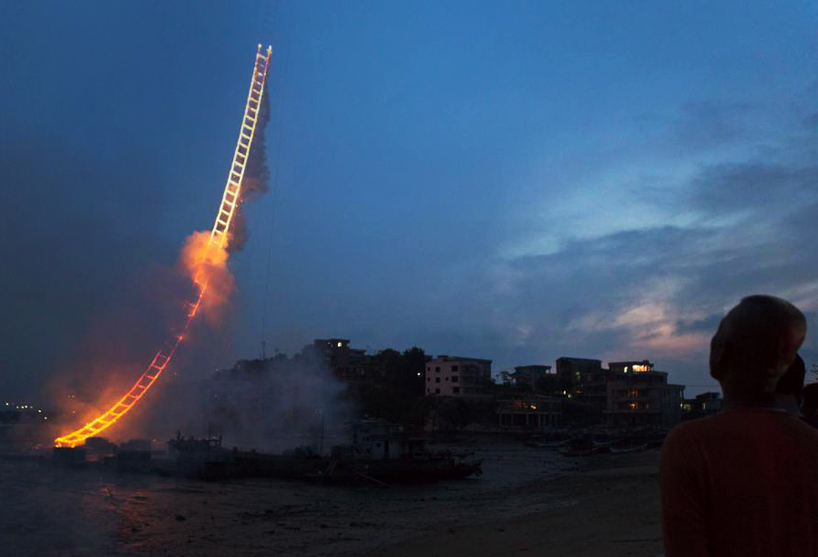 a balloon slowly dragged a 500-meter long, 5.5-meter wide ladder into the sky

to realize ‘sky ladder’, cai guo-qiang filled a gigantic white balloon with 6,200 cubic meters of helium, giving it a 5-ton pulling force. during the performance on june 15, 2015, the orb slowly dragged a 500-meter long, 5.5-meter wide ladder lined with quick-burning fuses of gold fireworks into the dawn sky. igniting the ladder from the bank caused flames to race along the beach before climbing onto the platform where the ladder was first laid out. these firey waves rushed upwards as the golden ladder of fireworks rose steeply from the ground, curving against the backdrop of the fishing village. the explosion lasted a total of 150 seconds, before finally dimming from the bottom up, leading viewers’ eye upwards towards the concluding sparks. 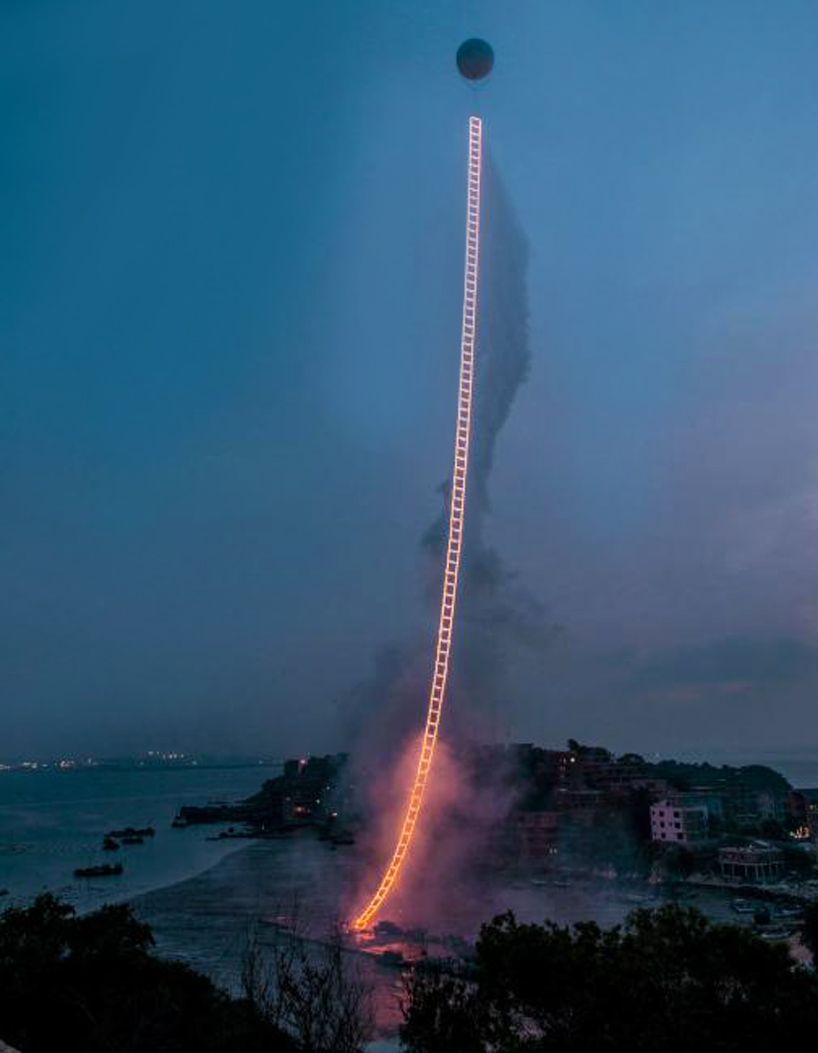 the explosion lasted a total of 150 seconds, before finally dimming from the bottom up 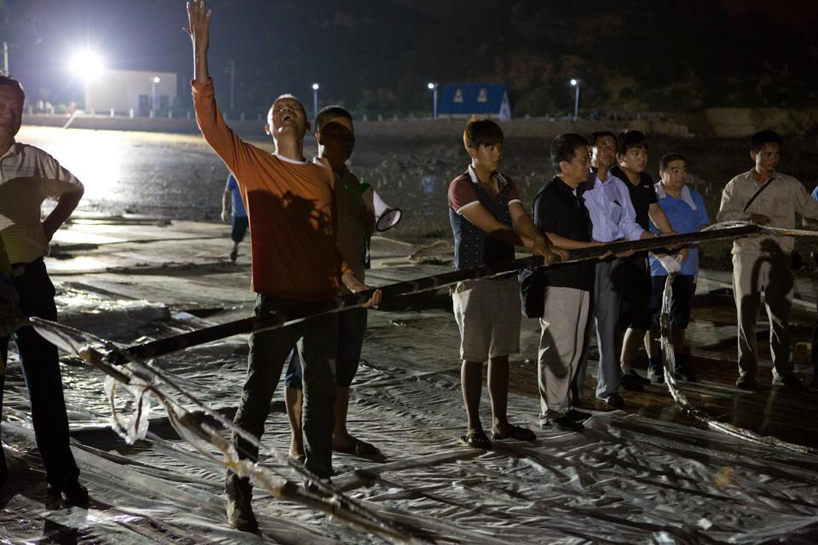 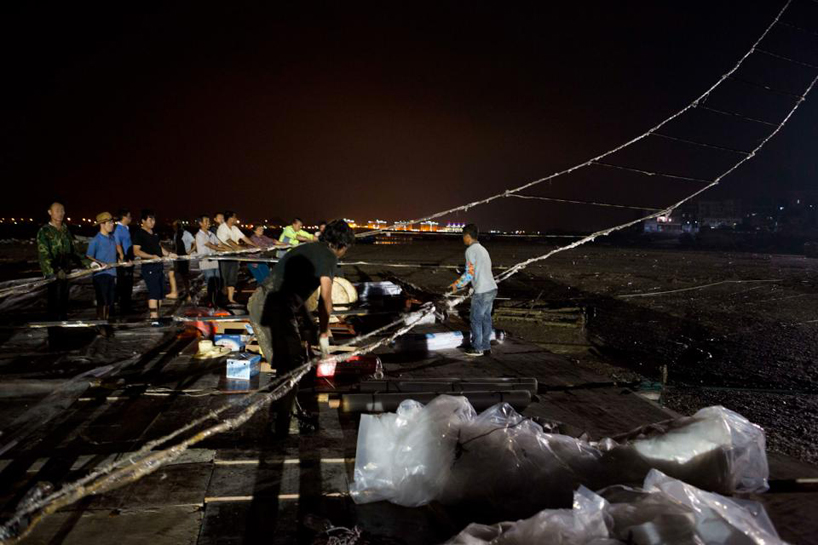 the ladder was lined with quick-burning fuses of gold fireworks