from now until march 13th, 2016, visitors to los angeles’ think tank gallery find themselves immersed in a 7,500 square foot cake labyrinth. the installation ‘break bread‘ has been realized by artists scott hove and baker’s son, and feeds viewers through six sculptural chambers filled with everything from tech-based mirror mazes to a secret 1950s style diner. throughout its duration, the cake castle hosts a series of artist talks and events, from a private cirque du soleil performance to an underground comedy show. 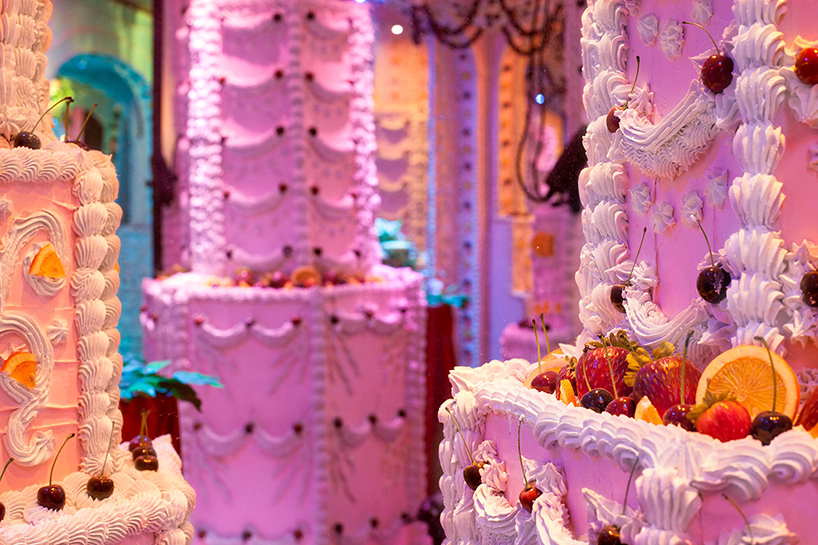 installation view of the cake sculptures made by artist scott hove

hove’s installations for ‘break bread’ comprise a collection of cake-like sculptures that are at once decadent and repulsive. spanning across the ceiling and wrapping around architectural beams, the acrylic frosted works are replete with glistening rhinestones, stiletto heels, and sharp fangs, integrated into each installation. 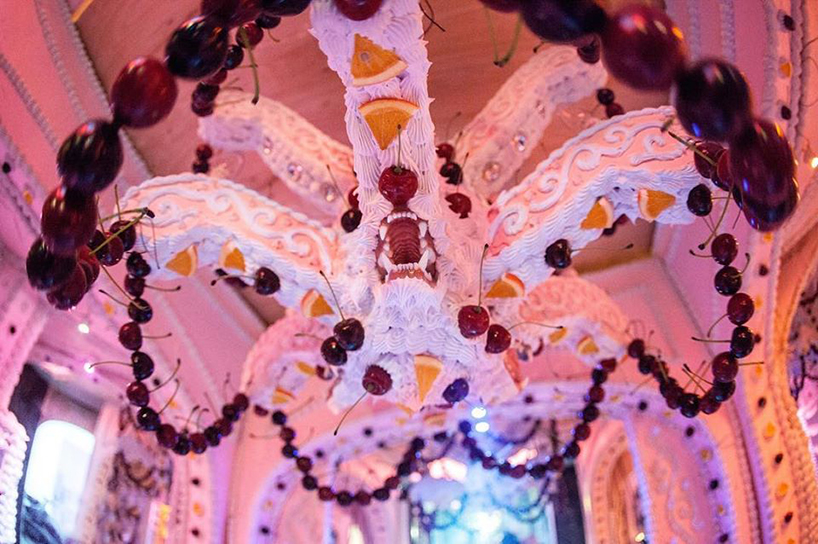 the chandelier is lined with cherries and orange slices, and features a large set of fanged teeth at its core 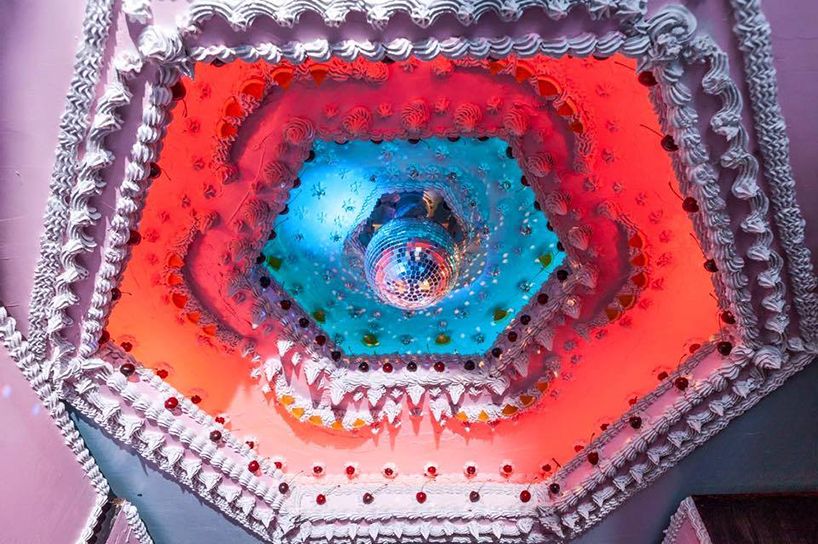 a disco ball is surrounded by sculptural layers of cake 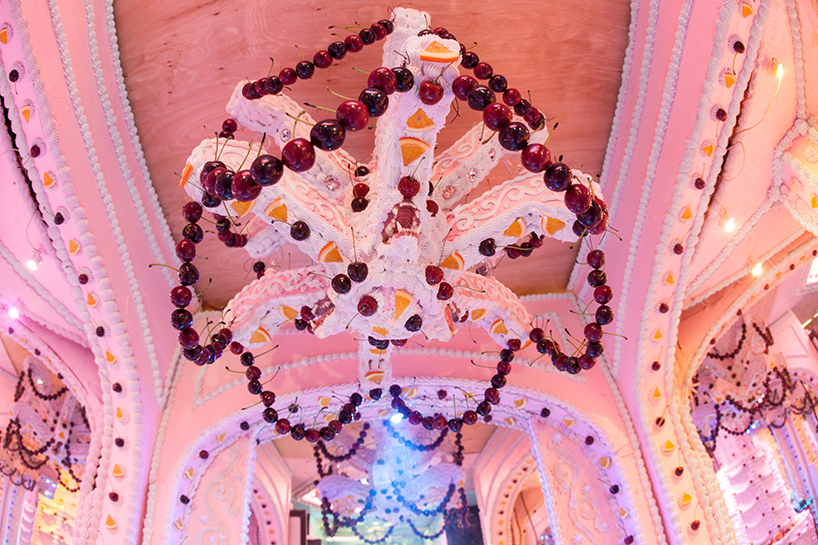 the ceiling and architectural beams are wrapped in sculptural cake 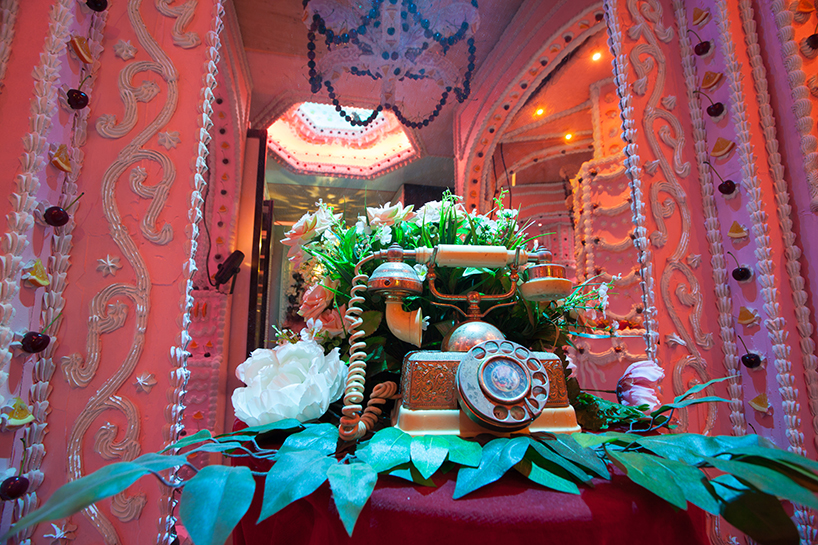 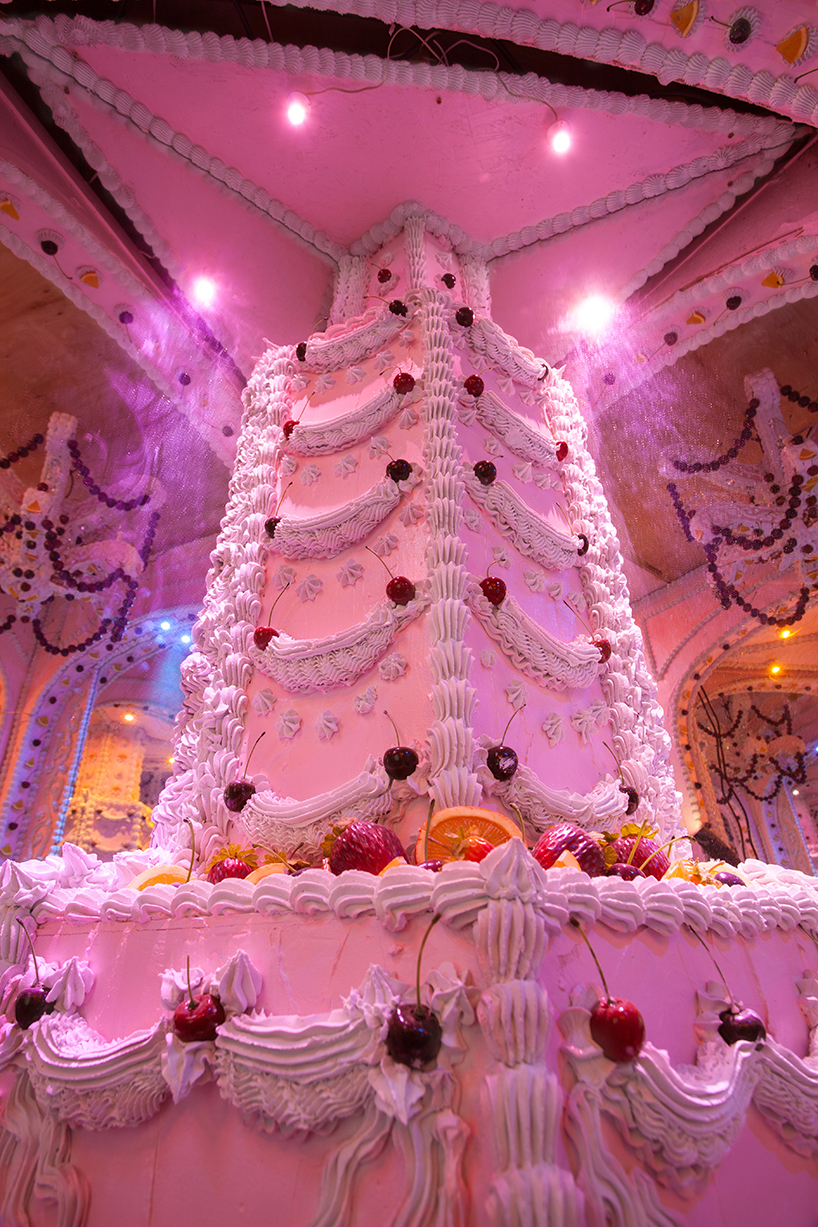 an oversized cake is decorated with frosted acrylic details 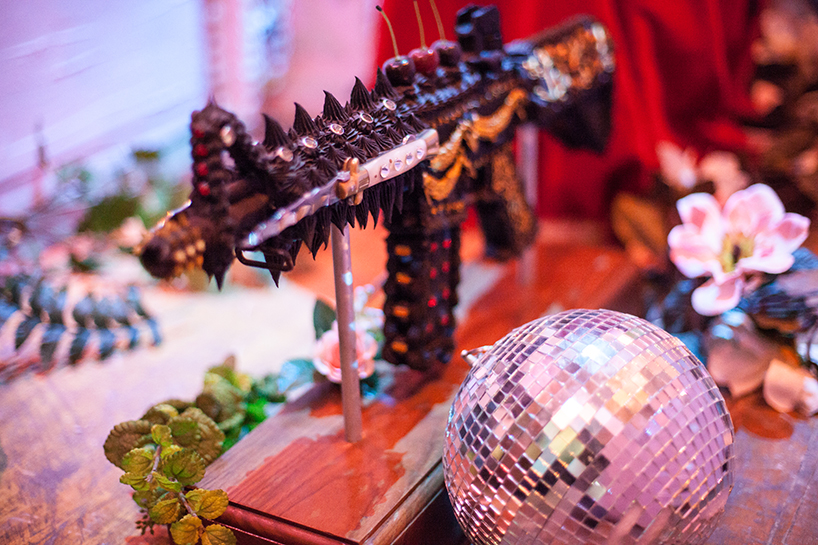 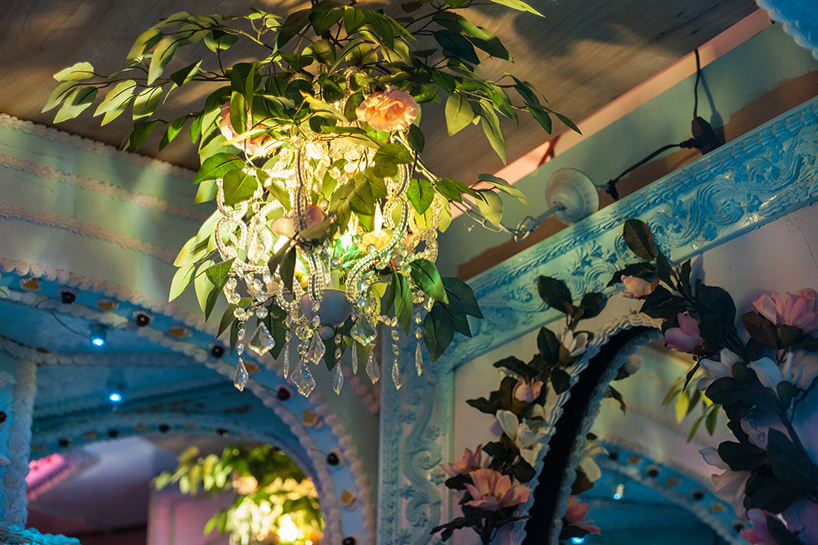 garden-like details are scattered throughout the installation

baker’s son’s hyperrealistic watercolor paintings of consumer goods are simultaneously enticing and disgusting beneath their glossy surfaces. by highlighting the temptation that they inspire, the artist reveals darker undertones about the overconsumption inherent in our society. 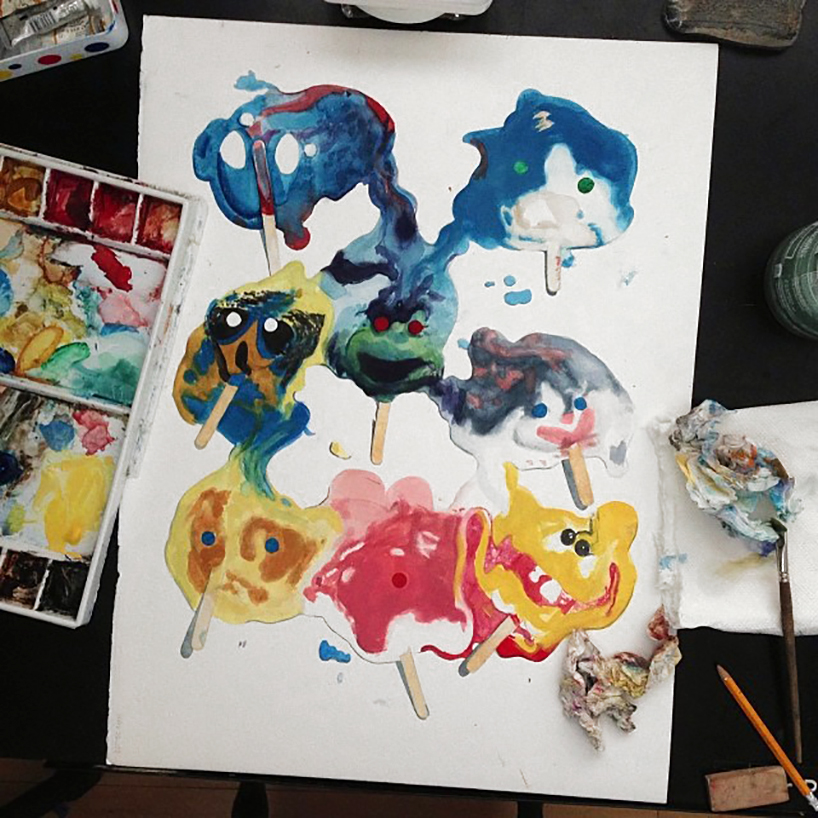 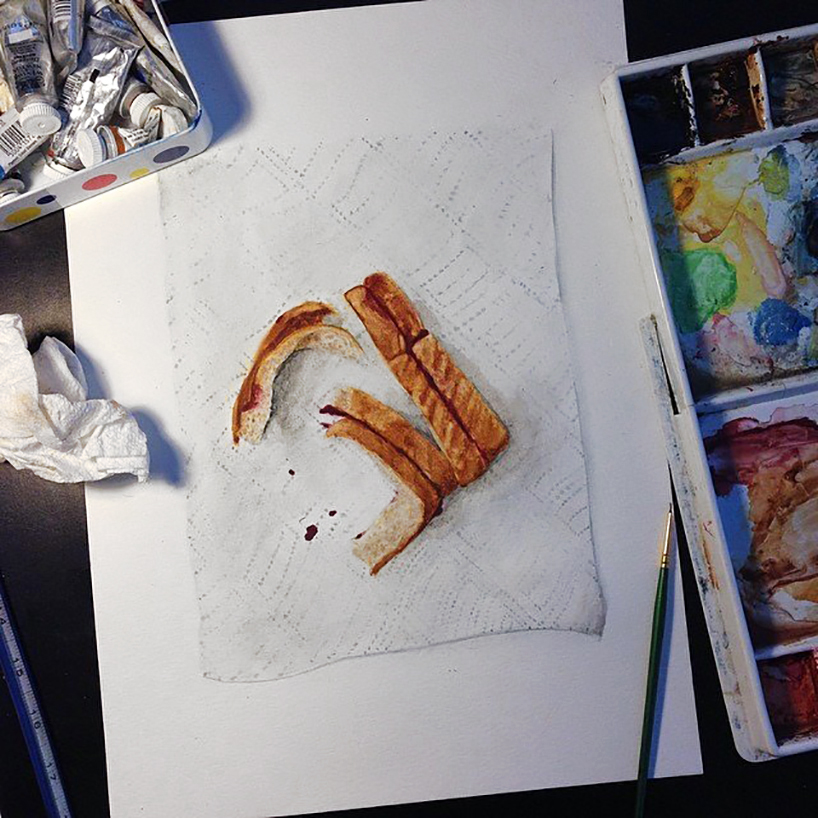 ‘break bread’ is open from now until march 13, 2016 (closed wednesdays). reservations can be made online here.