with sharpened skills in digital photography and retouching, and an interest in the manipulation of the body through photoshop, french artist cal redback has comprised a series of surreal compositions that deform and reform individuals with the natural world.

the collection of ‘treebeards’ sees the union of the human face and plant life, with half or parts of the features removed and replaced by the wild growth of greenery. a singular image titled ‘herbraiser’ continues the theme with a disturbingly realistic impression of a female face growing thorns in the same way a bouquet of roses she holds would. overall, the metamorphosis of mortal characteristics into alternate botanical life forms unite two categories of existence into one, redefining the term ‘human nature’ as a seemingly new species of hybrid creatures. 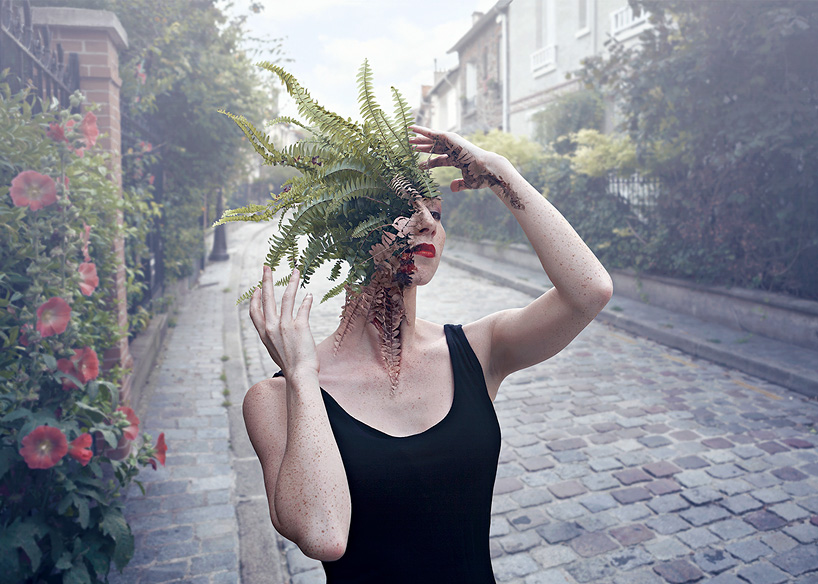 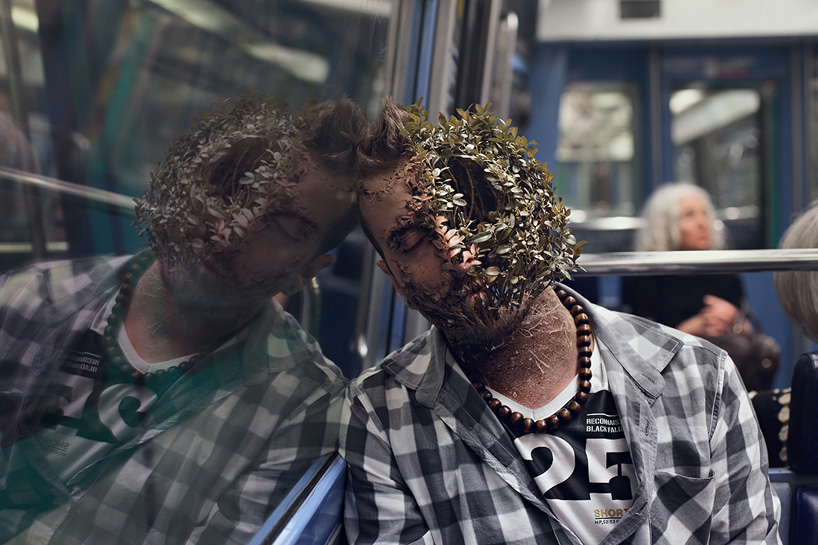 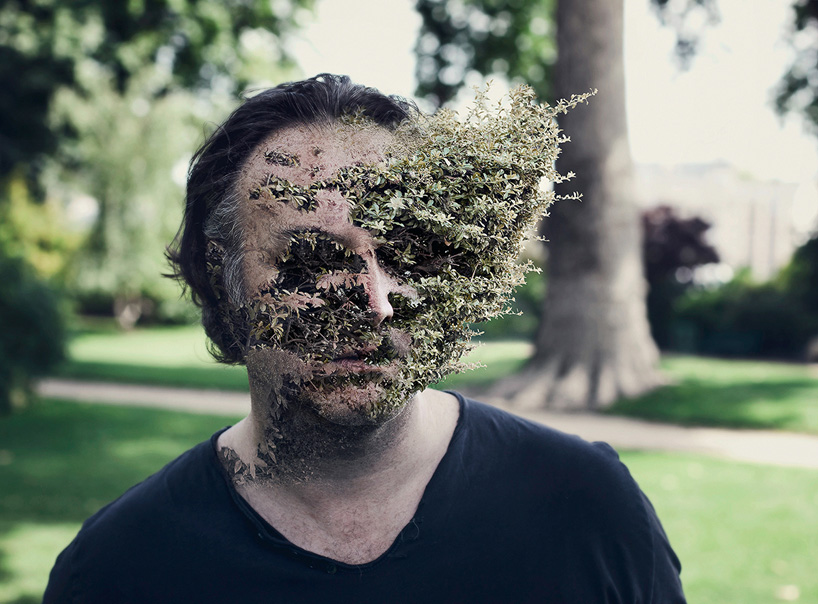 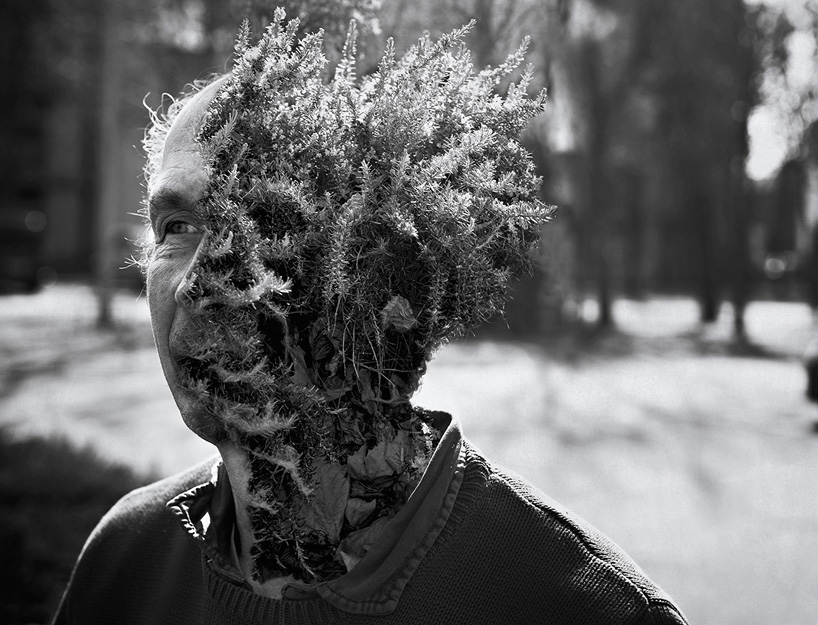