the camden collective delivers art to new heights with an ambitious project that sees creatives taking over a number of the north london borough’s vacant rooftops. the five installations being presented during london design festival 2014 were selected from more than 100 proposals which responded to the brief which asked artists and designers to explore the the possibility of installing a green high line above the busy camden streets – using the high line in new york as a reference.

jury members kelly large, curator at zabludowicz collection; vincent honoré, curator at david roberts art foundation; and kate moross, director at studio moross, evaluated and chose the five submissions for their diversity and ability to compliment one another. ‘I think anything that makes people pay a bit more attention to an area that they normally walk through is going to be interesting, especially as a resident of camden. I think the proposals that have been successful have really captured that thought process. they haven’t tried too hard to be clever, they excite and add creativity and brightness to the high street,’ says kate moross. 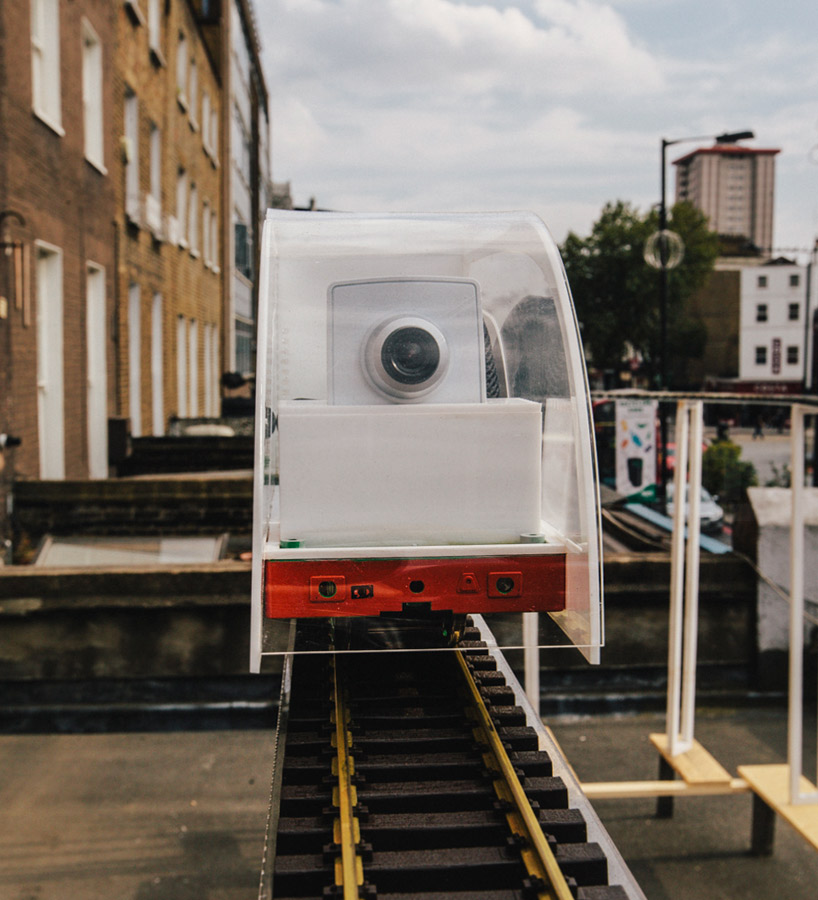 ‘the rooftop line’ by romain meunier and tsvetelina tomova

drawing influences from the high line and camden town station, ‘the rooftop line’ by romain meunier and tsvetelina tomova is a model train track with a locomotive outfitted with a web cam that runs throughout the day, with the footage captured streamed at an exhibition space at 26 camden high street. the work in motion touches on themes of play, travel and new encounters, taking visitors on a journey between the physical and the fantastic. 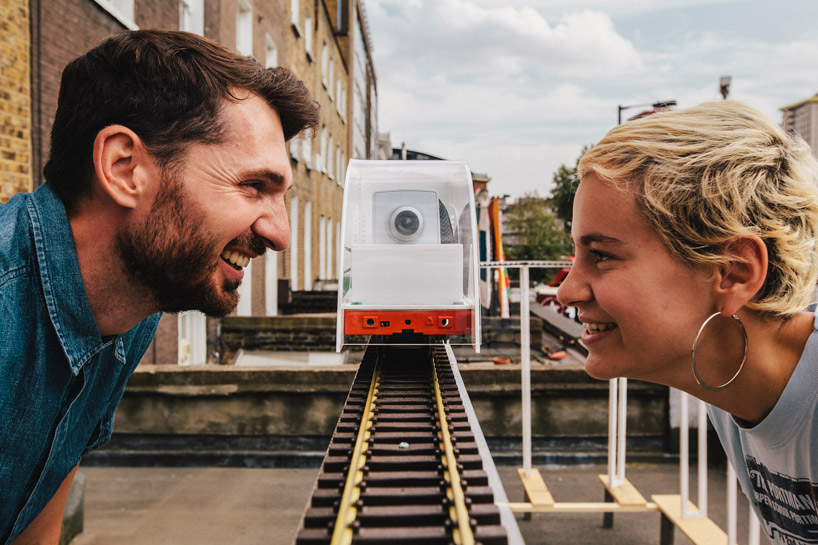 build is everything addresses the current property market in london by envisioning ‘birdhouses’, a play on the traditional habitats for winged creatures that sees the team mimicking the scale of development across the city, while also calling attention to the need to protect urban nature. 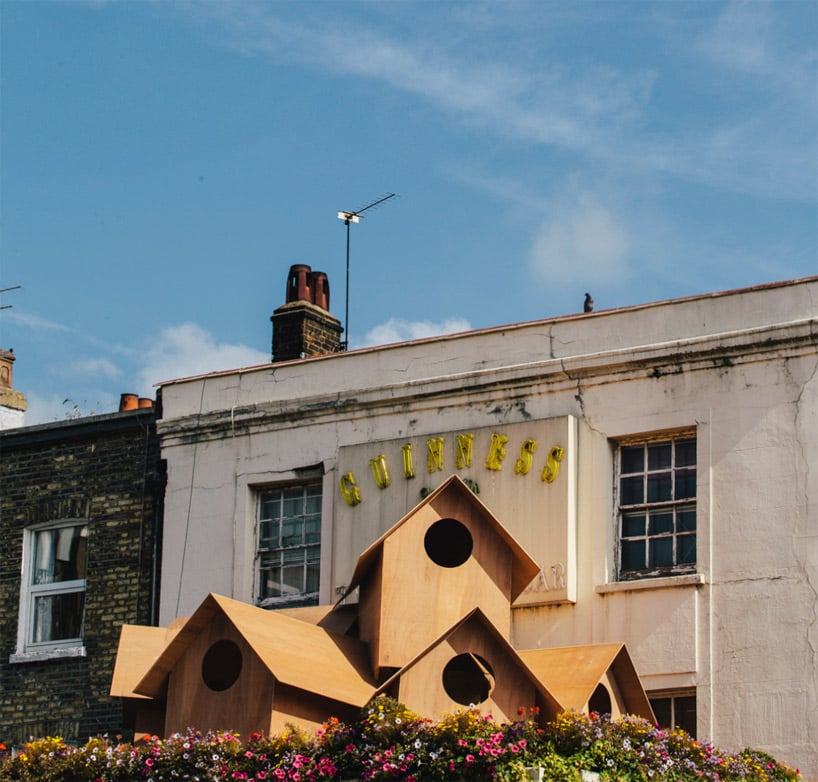 ‘birdhouses’ by build is everything

the trio of benedict goodwi, francesco gorni and serena montesissa put forward ‘billboard’, a green extension of a commercial property. the signage stands as a project in development, the plants continuously growing and transforming over the course of the festival. 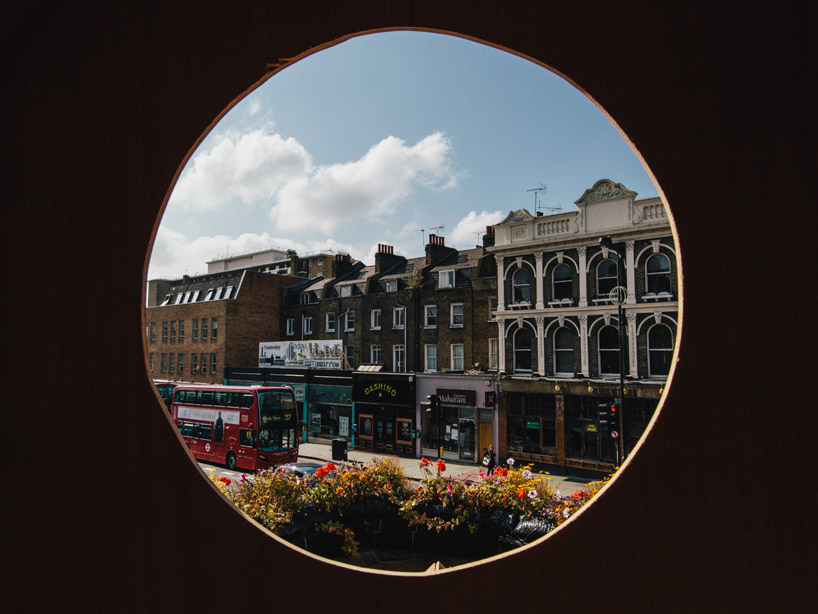 looking out of the ‘birdhouses’ onto camden high street

wanting to challenge the public’s perception of rooftops — from comatose invisible surfaces to vibrant and visible spaces for public life — artist and designer bahbak hashemi-nezhad employs the common outdoor chair as a single repetitive element, by arranging the seating objects in familiar compositions in the form of a scalable installation. proposed over a network of rooftops across camden high street, ‘public plinths’ alludes on the one hand to has events of celebration, recreation, vocation and social organization, while on the other hand, open up a space for thinking about the future possibilities and alternative uses of invisible architectural features. over the course of the london design festival, bahbak’s ‘public plinths’ are on display in camden collective’s exhibition space at 69 camden street. 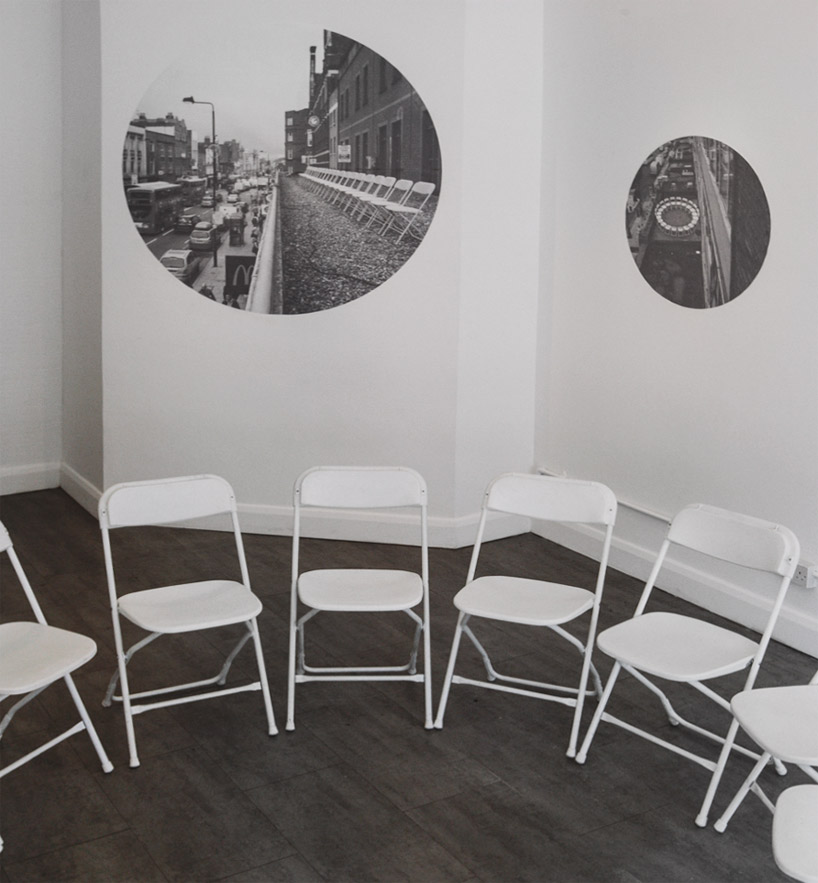 finally, ‘flags from nowhere’ by marc fuya are a series of pennants hand sewn from a range of fabrics and contemporary patterned textiles, that are arranged in various graphic compositions. the resulting colorful designs seek to evoke a new sense of existence, diverging from patriotism and having a connection with history and tradition. the flags hang as a union point for the local community, symbolizing something different for each individual.

in its entirety, camden collective’s ‘high street high line’ project draws our attention to the overlooked spaces of our urban centres, proposing the prospects of engaging with these ignored areas by injecting creative life and energy into them.

on thursday, september 18th, the public can meet the artists behind the rooftop installations, along with local figures, at an open talk – ‘what next for camden rooftops? – held at 69 camden high street, from 5:30-7:30PM. for more information visit the event page here. 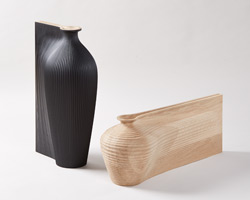 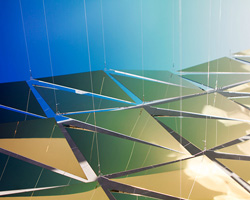 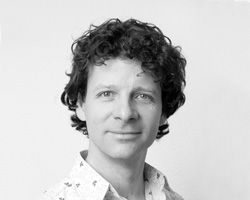 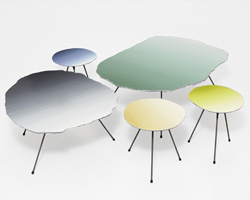 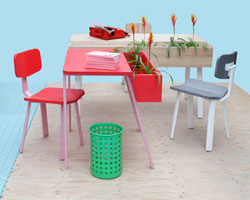 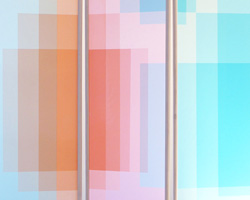 kim thome layers color and light at the aram gallery