candlelight vigil by jung ghim is a table and chair set that reflects the influence of military dictatorship from the 60s to 90s on korean society. it depicts how the hierarchical division in social groups is reinforced through various restrictions of bodily movement. 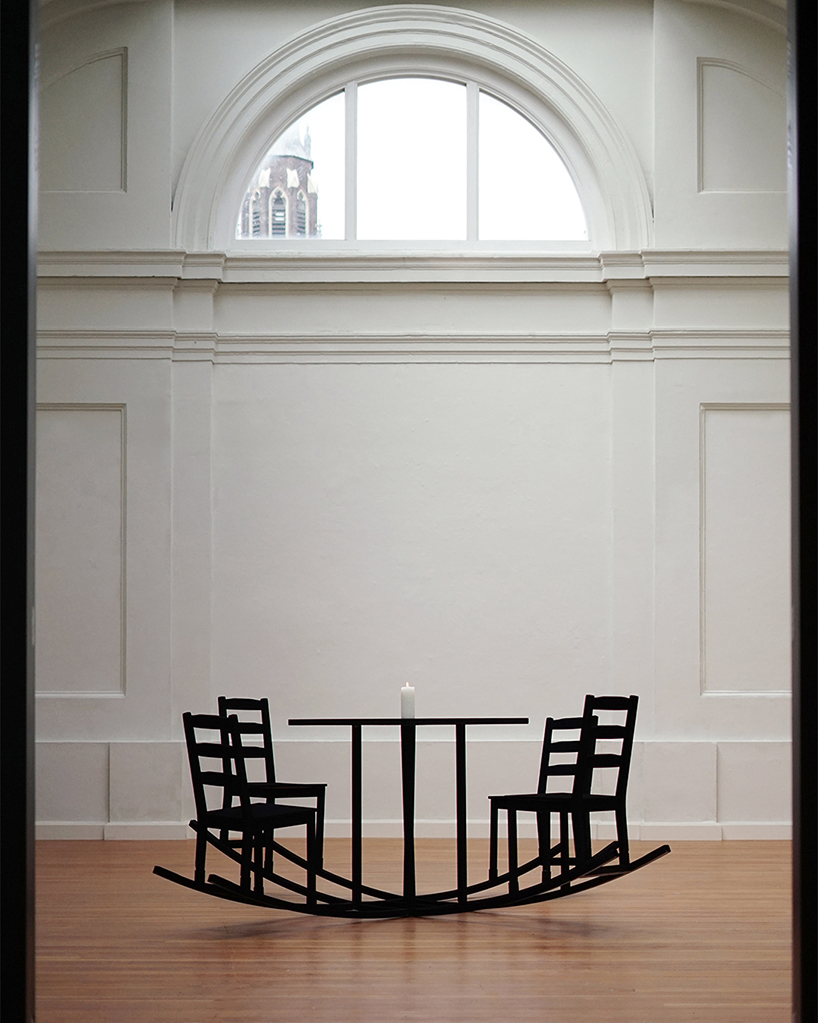 all images by jung ghim

jung ghim was influenced by military operations and how the army fashioned top to bottom structure has become the standard culture in every type of social group in korea. he says ‘whether it is the boss – workers at companies, students – teachers at school or children – parents in a family, the inferior is pressured not to move their bodies or move only in a certain way with a honeyed excuse such as a norm, a custom, and an etiquette. it makes the hierarchical barrier more noticeable, which ultimately induces the inferior to obey unconditionally and accept the ideas of the superior instead of raising their own voice. this is why i consider the military-influenced hierarchy to be the threats that singularize ideas, views, and perspectives. i argue, in order to recover the plurality of ideas, we should resist the restrictions of bodily movement. we should let the body be active and dynamic.’ 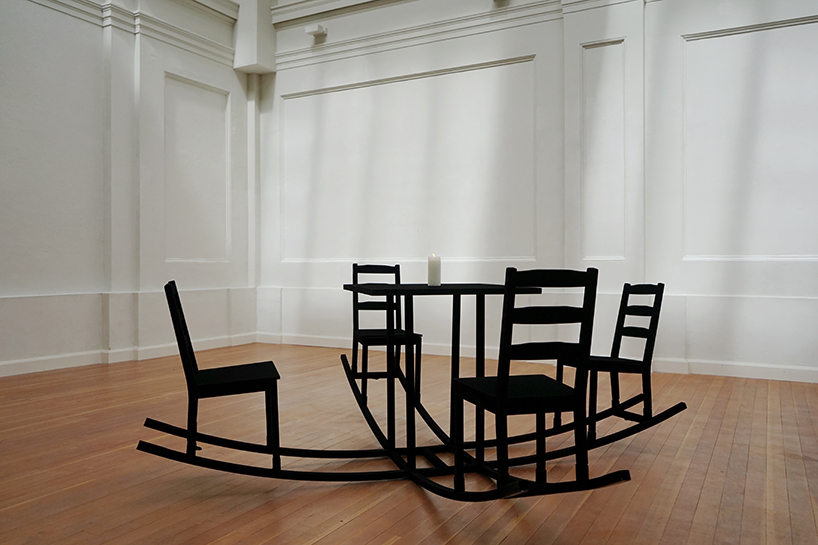 his work is dedicated to conveying a message that movement of the body is the key to make the vertical social structure horizontal where people talk to each other on the same level. he introduced the element of the seesaw as a reference to the playground where the body is liberated from outer expectations, moving freely with sincere desire. the up-and-down of the seesaw connotes the top and bottom social positions. 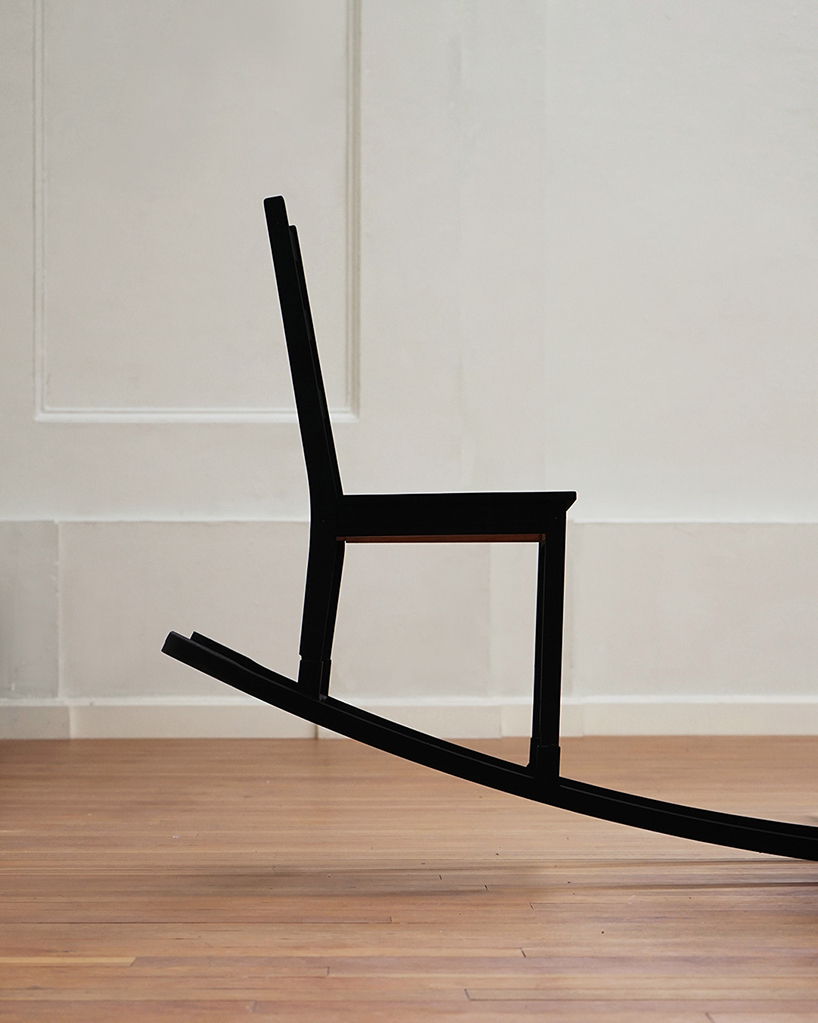 his aim is to make people actively move and shake the body if they want to challenge the hierarchy and change the status quo. the four chairs with a table represent social meetings where the hierarchy takes shape whether it is a business meeting, an educational spot, or a family gathering. the designer adds ‘in korea, the candle is used in a candlelight vigil to demonstrate against political injustice. it is the media that allows powerless people to speak to authority. a way to raise a voice and a way to win democracy.’ 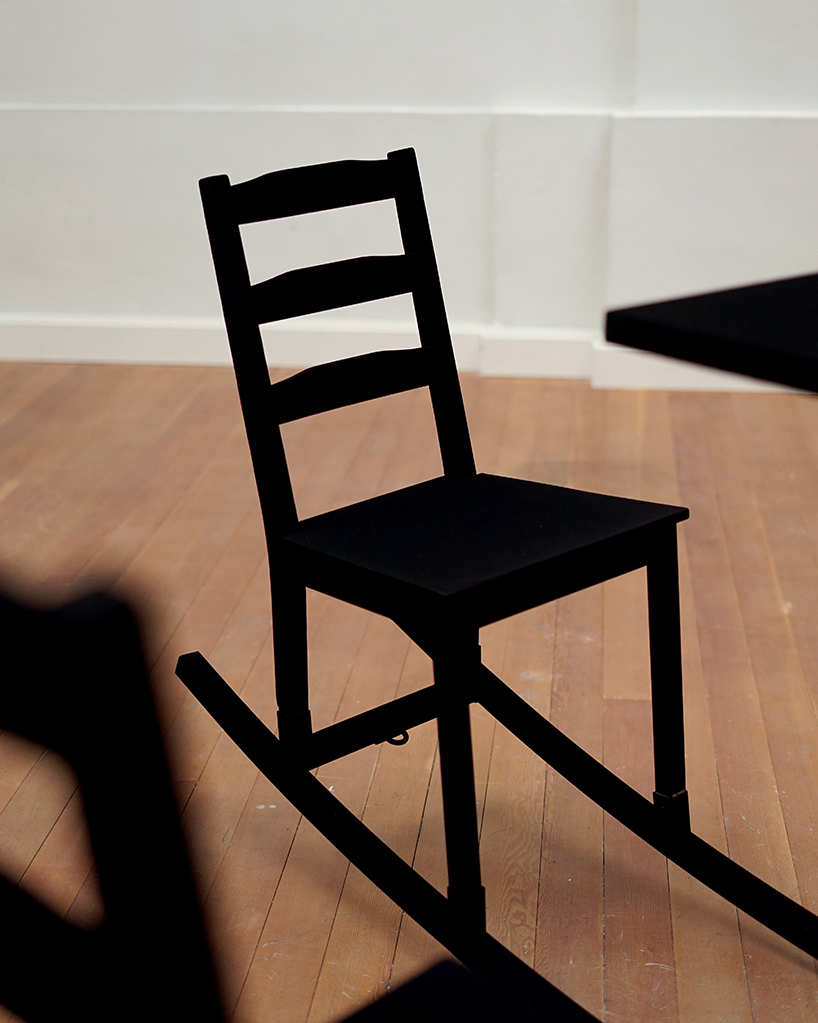 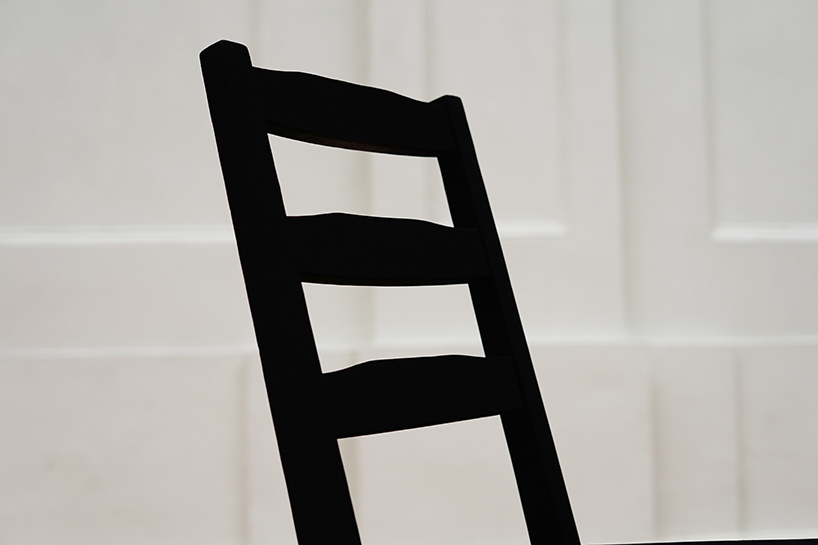 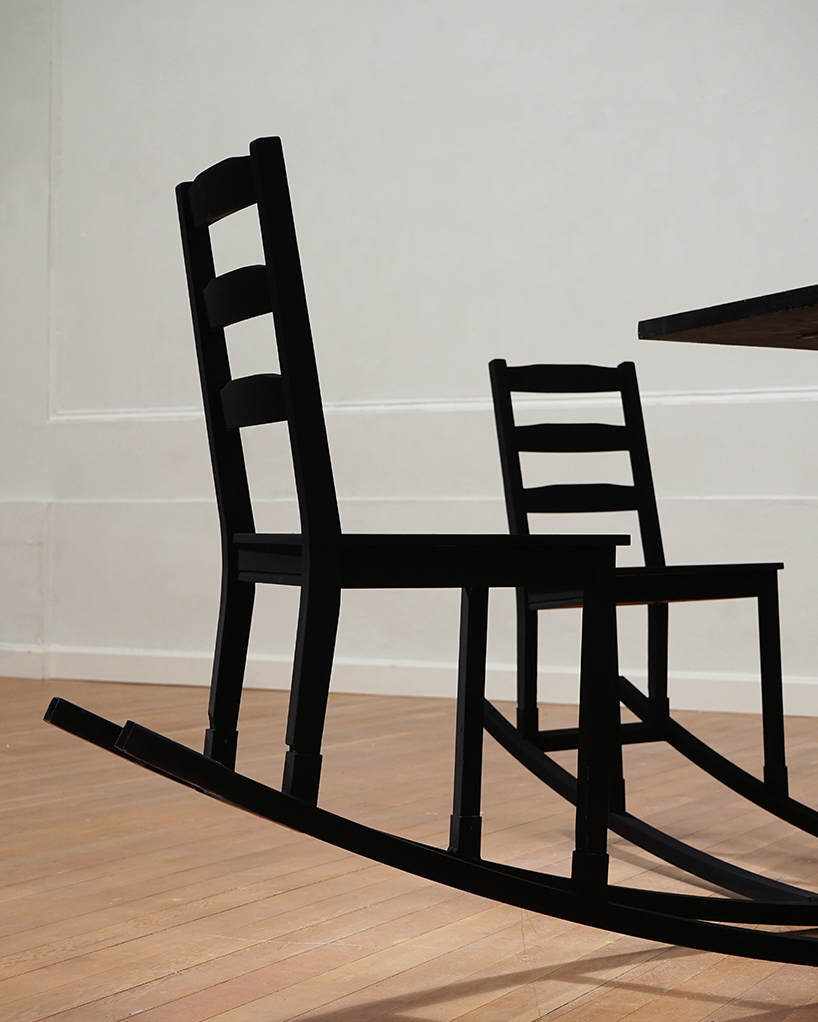 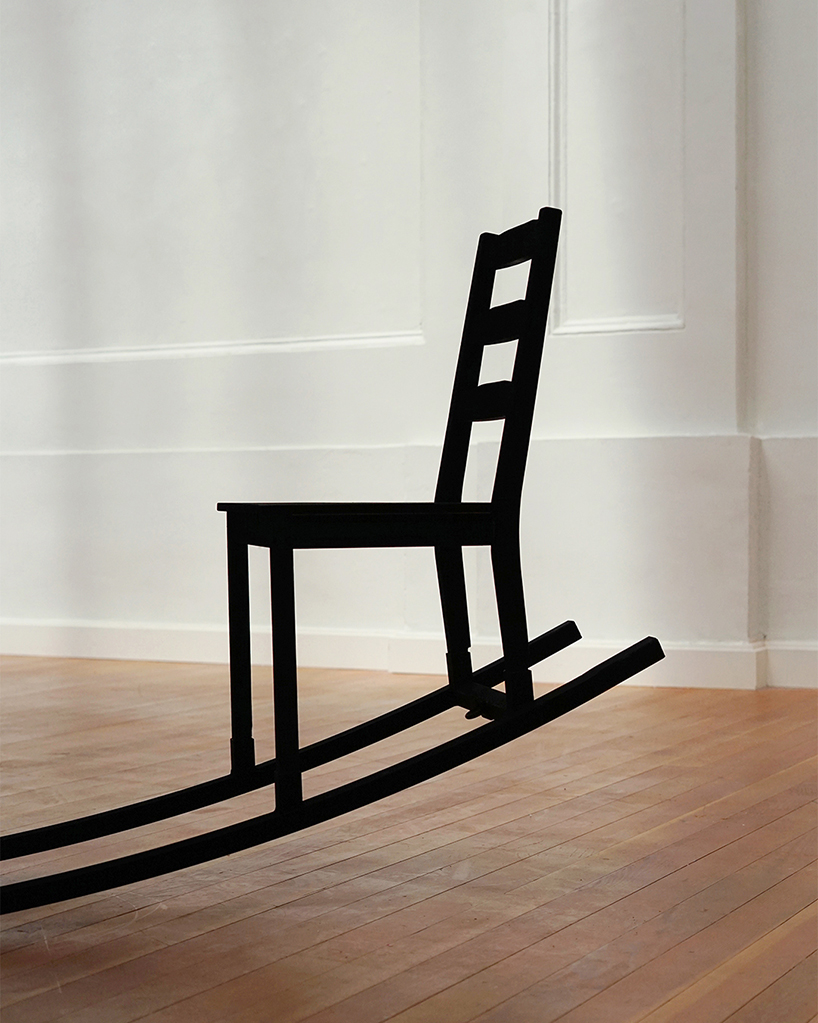 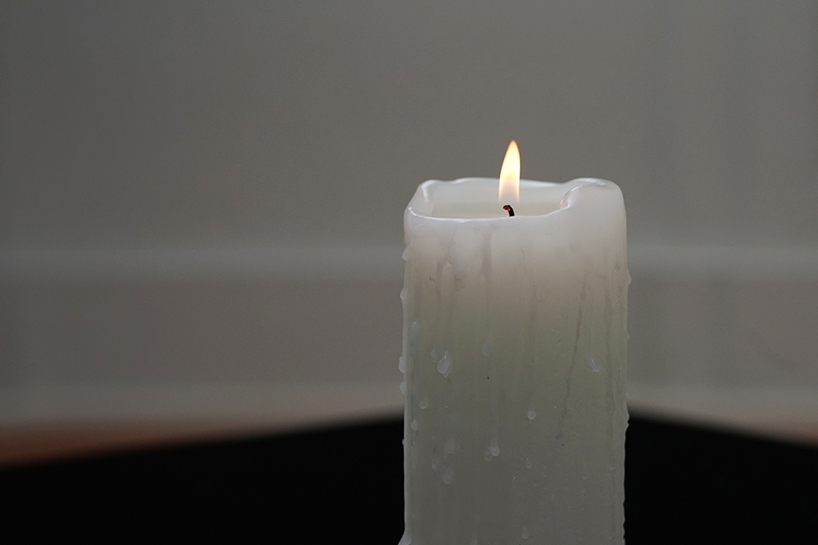 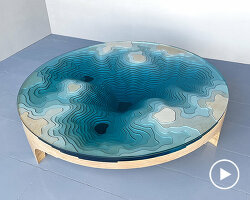 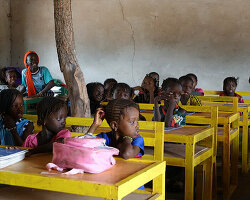 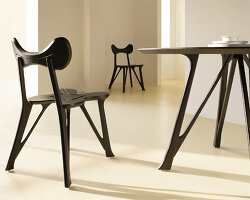