ashkan honarvar created the series ‘faces’ to explore the disturbing vision of fatal facial injuries by moulding and altering his models’ ‘wounds’  from brightly colored sweets such as candy and ice cream. each of the disfigured men have been decorated by the netherlands-based artist with edible coloring, transforming a gruesome war disfiguration portrait into something of an unreal candyland or willy wonka-like nightmare. beyond the unnerving use of cake frosting and sprinkles with vine candy to signify wounds inflicted upon the model’s face, throughout the surreal photographic series honarvar has also manipulated portions of the sitters’ head in post production. in this way, the men’s unfeasibly mutilated faces speak to the horrors of war and the modern human’s unfortunate familiarity with the jarring sight of those who have been caught up in violence. instead, honarvar questions the issue of this imagery as common in society by developing a lightened or more digestible visualization through his use of candy-formed gore.

dutch translator and author titus verheijen investigates the nature of honarvar’s work, deciding honarvar attempts to depict ‘an undeniable, unavoidable beauty by accepting the darker sides of human ‘nature’.  the body, torn by acts of war, exploited by the sex industry or used as a tool for seeking identity is the focal point of his work. this constitutes a search for a universal representation of the evil latent in every human, providing an opportunity for reflection. his aesthetic dissection has an intriguing macabre nature, which opens the images to interpretation‘. 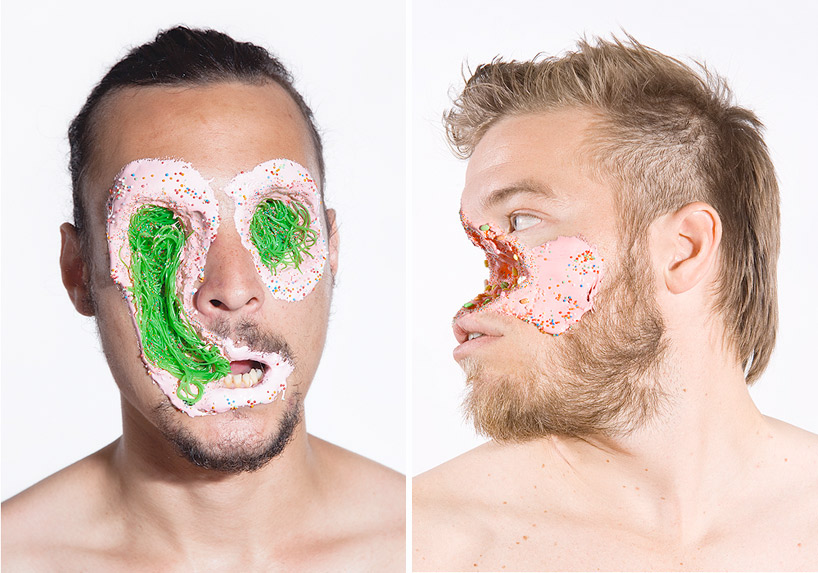 candy vines seem to move from the eye sockets into the mouth of the sitter (left) while the nose of the other individual appears to be removed, with candy and frosting remaining (right) 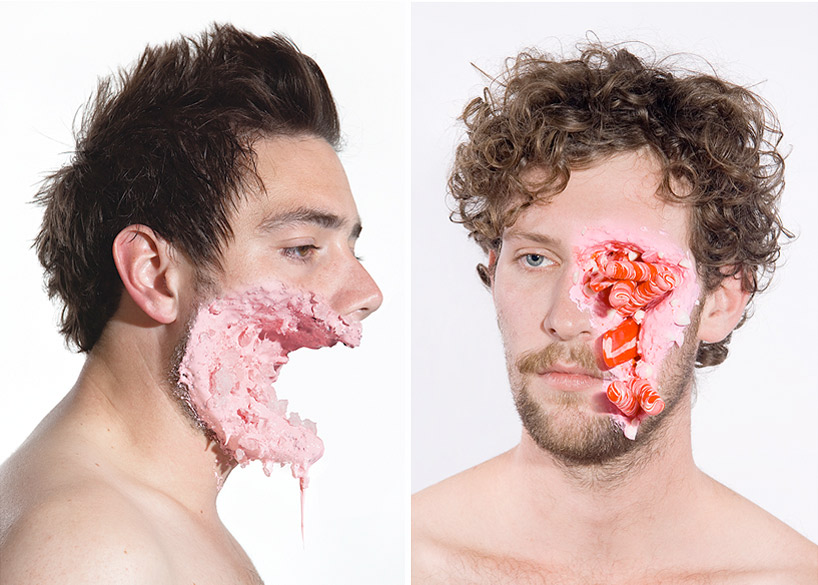 the mouth of the man appears to have dissolved into ice cream (left); peppermint sticks and pink frosting have moved over where the left eye and cheek were once seen (right) 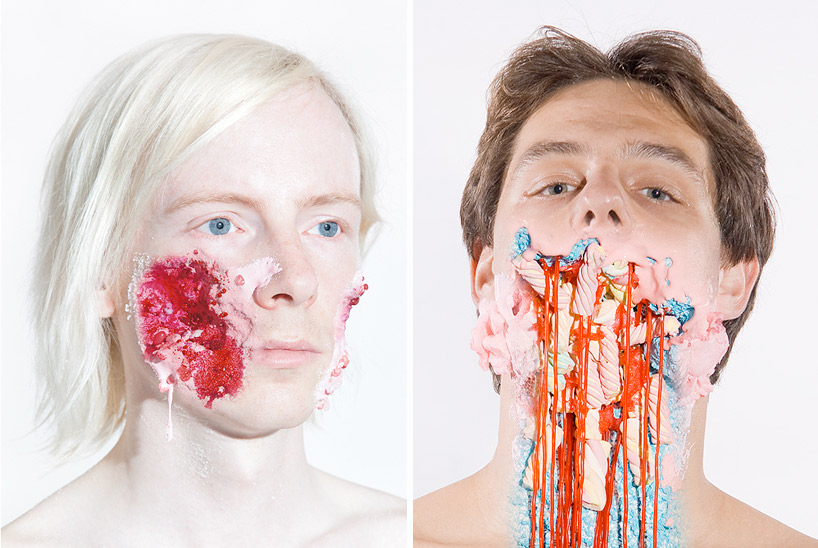 the sitter’s cheeks have been overcome by red, pink and burgundy sprinkles over pink icing (left); he tilts his head back to balance the weight of candy seeming to pour from his mouth and neck (right) 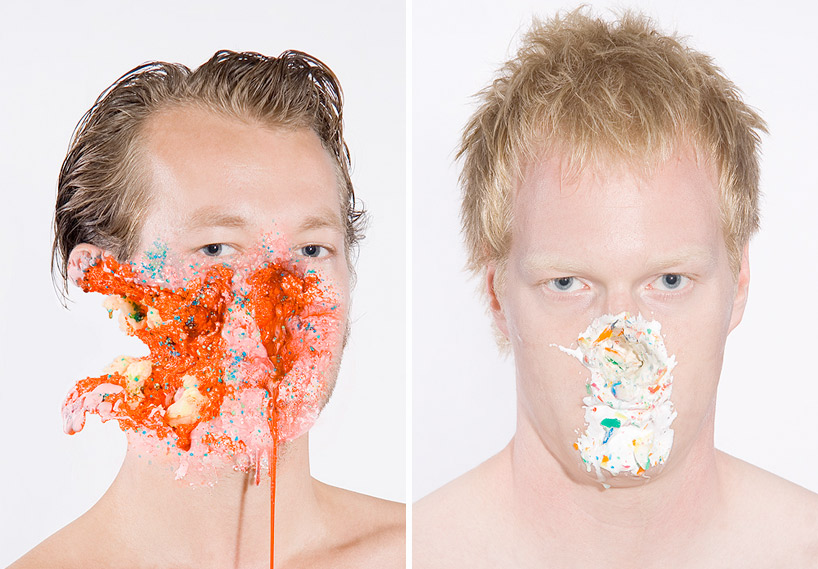 a young man has been decorated with an array of bright frosting and spinkles, with part of his ear and cheek removed from the frame (left) while the other sitter’s nose and mouth are masked by white frosting and bright sprinkles (right)