this past saturday, the city of paris was disturbed by the appearance of a sperm whale on the banks of the river seine. the beached animal—although very realistic—is a replica installed by the belgian captain boomer collective with the aim of raising awareness of how our society and the way we live is affecting the environment. the metaphor has generated a game between fiction and reality, reinforcing a feeling of disturbance. 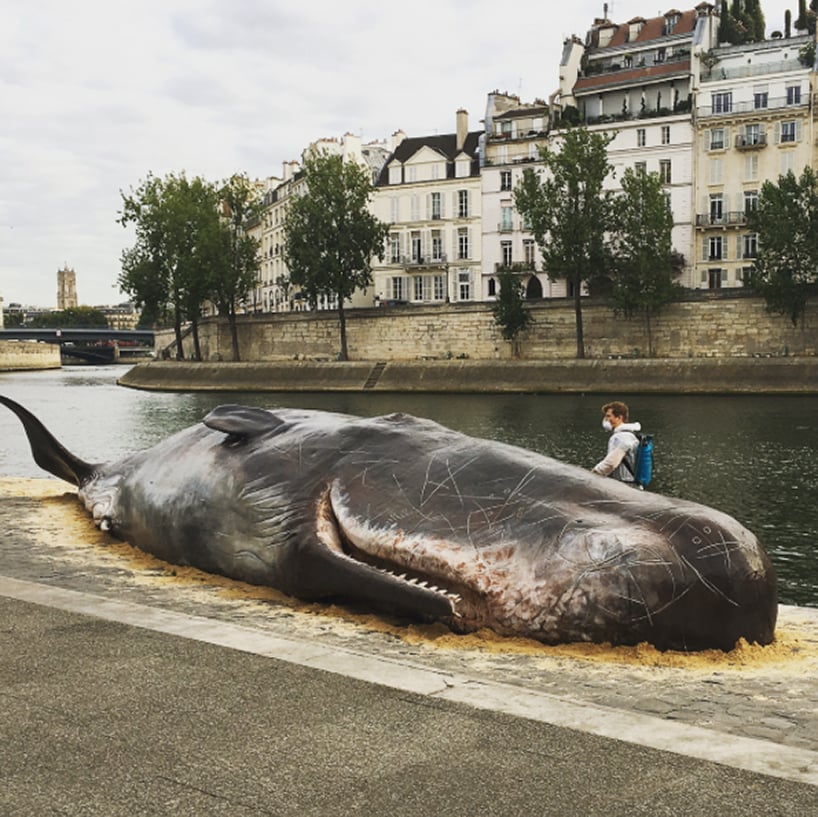 this is not the first time captain boomer collective has beached a whale on a public space. the artistic group has been doing it since 2013, when the first whale appeared in the thames river in london. since then, other cities like valencia, scheveningen, oostende, antwerp, duisburg and rennes have seen the installation too. to make the project even more believable, the large-scale, hyperreal installation is accompanied by actors dressed as scientists who are there to give more information about this problem and educate people about it. 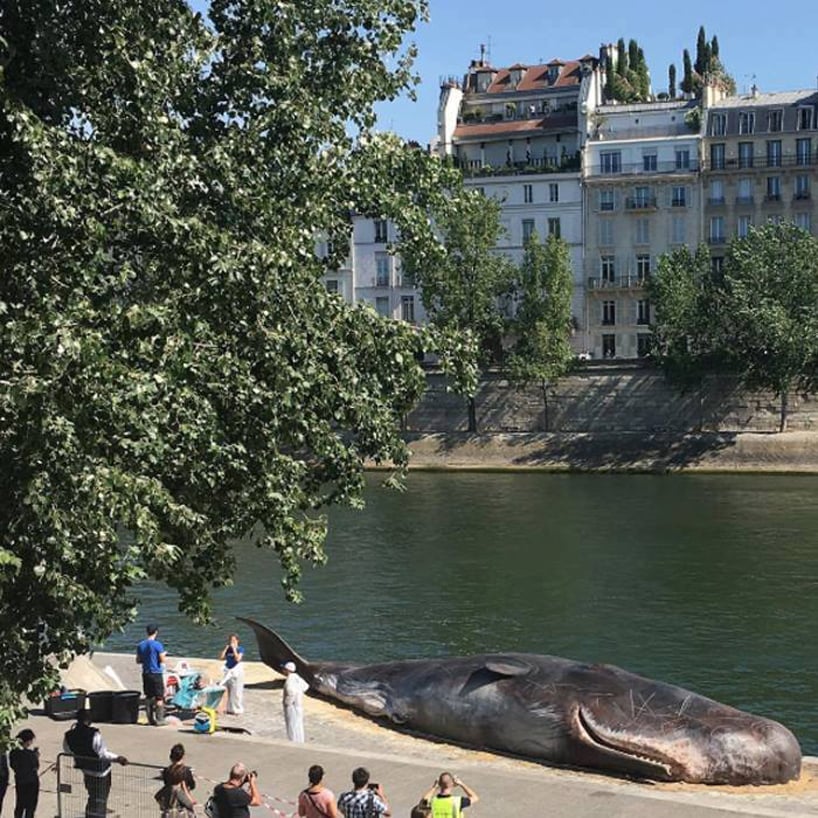 the hyperreal installation grabs the attention of passerbys

‘the psychological archetype of the dead big fish leaves no one untouched. it stirs and mobilizes a local community,’ comments captain boomer collective. ‘during our beachings, we see an intensive interaction among the crowd. people address each other, speculate and wonder. they offer help and ask for information. the different layers of perception create funny games. some audience members know it is a work of art but feed the illusion to other people. the sperm whale appeals to everyone. it is the place where everyone gets together. that’s why it is vital it beaches on a public spot that is freely accessible.’ 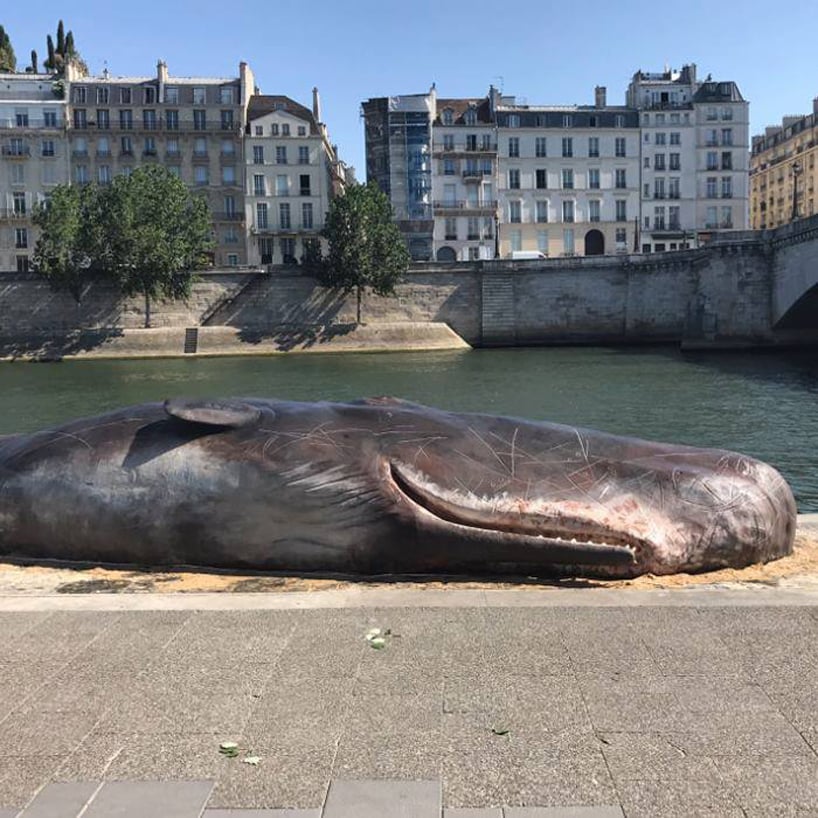 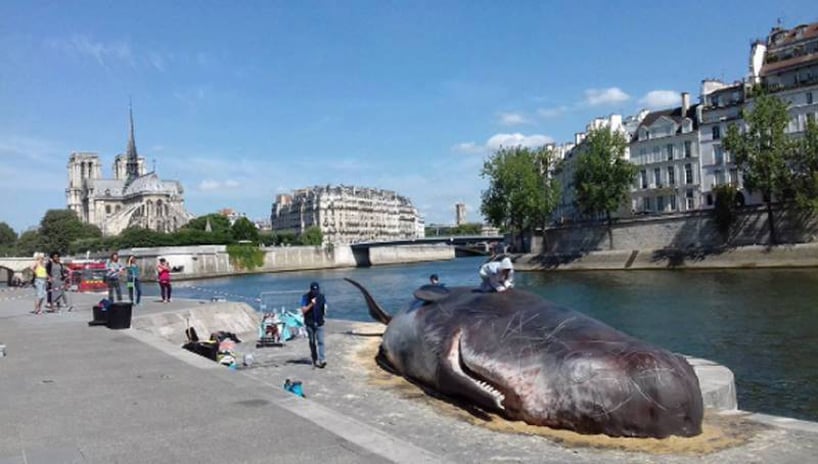