portuguese artist carlos no works to portray a critical concern in relation to the disrespect for human rights, mainly in situations of unfairness, absence of freedom, exploitation and abuse of power. his latest works involve the use of miniatures, as if trapped or confronted by obstacles, in which no constructs a continuous game of opposition of meaning, analyzing ideas such as power, justice, exclusion and identity, by means of irony as an expressive weapon for his points of view. ‘your turn’ focuses on the problems that many immigrants have to enter into some countries, looking for a place of safety in which to live.

‘the work tries to remind us of some of the difficulties immigrants have when entering countries of the so called ‘first world’, particularly the large, closed gates they are faced with when they come to these countries. here, the entrance is represented by a medieval door with the symbol of the european community represented above in a circle of 12 grey stars. sometimes, these obstacles are not only physical, but also abstract, like the bureaucratic issues that immigrants have to deal with every day, and which they must overcome in order to be granted permission to enter. i try to evoke this by using an led display in which the number never changes (the 98 is hanging there during the entire time). the small figures, a couple standing and waiting, their hands full with several bags, eternally waiting.’  – carlos no 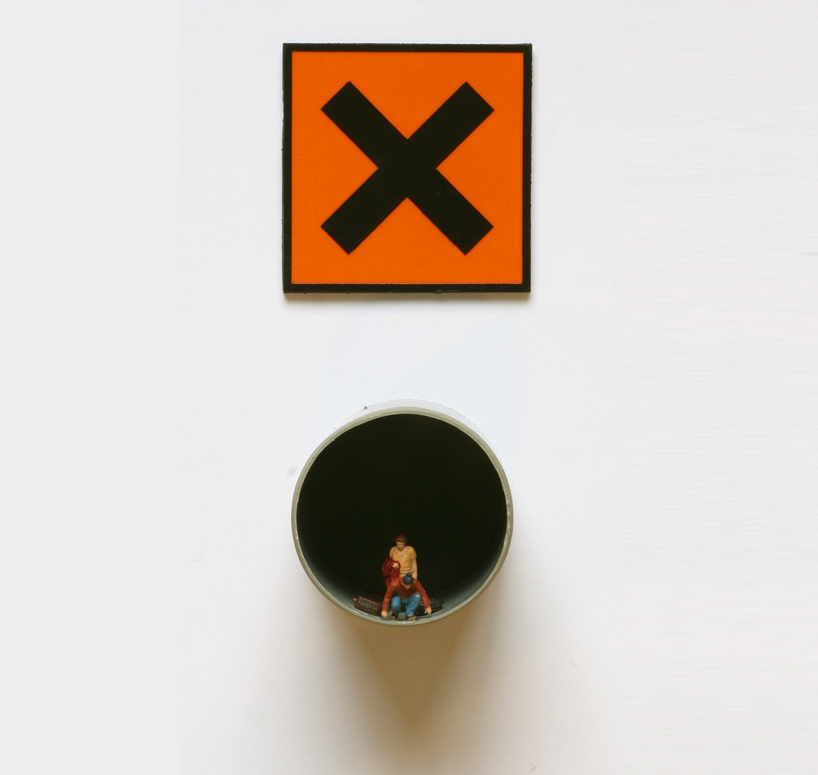 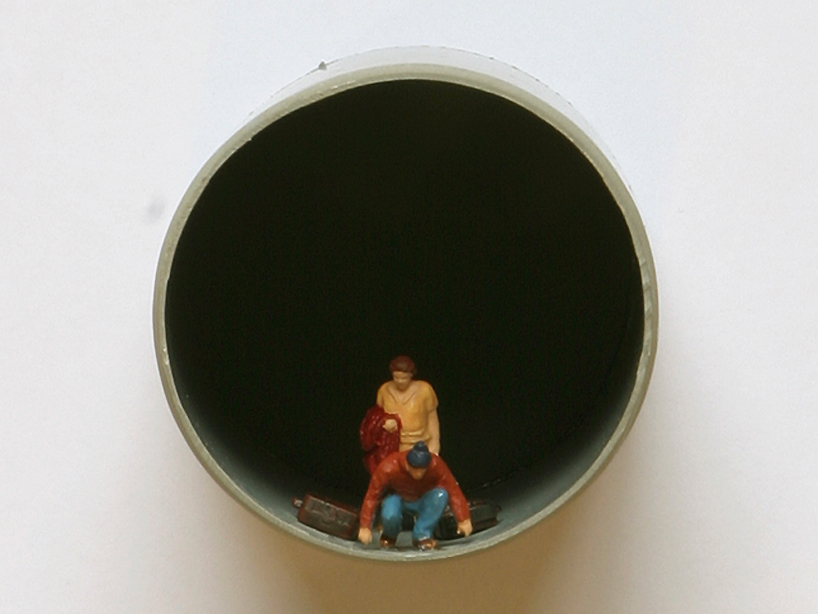 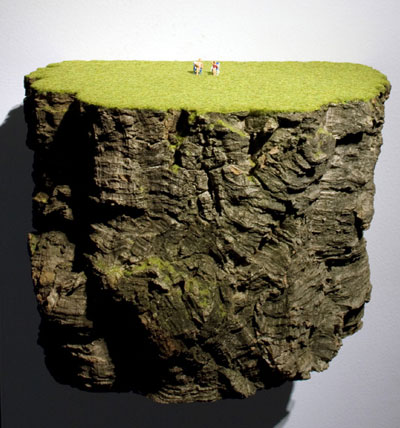