minneapolis-based carmichael collective, an ongoing collaborative project by carmichael lynch advertising agency, has sent to designboom their piece ‘bike matador’. the art concept was informed by the great bike culture as a prominent feature of the groups’s home city. the intervention artwork shows a young male matador dressed in the traditional garb of this profession, teasing the approaching cyclists with with his red-lined silk cape as they breeze down the bike lanes of minneapolis.

carmichael collective says of the piece, ‘in bike matador, a new project from carmichael collective, we wanted to have fun with minneapolis’ bustling biking community. adding a little twist to traditional bull fighting, we had our matador provoking bikers instead of bulls‘. 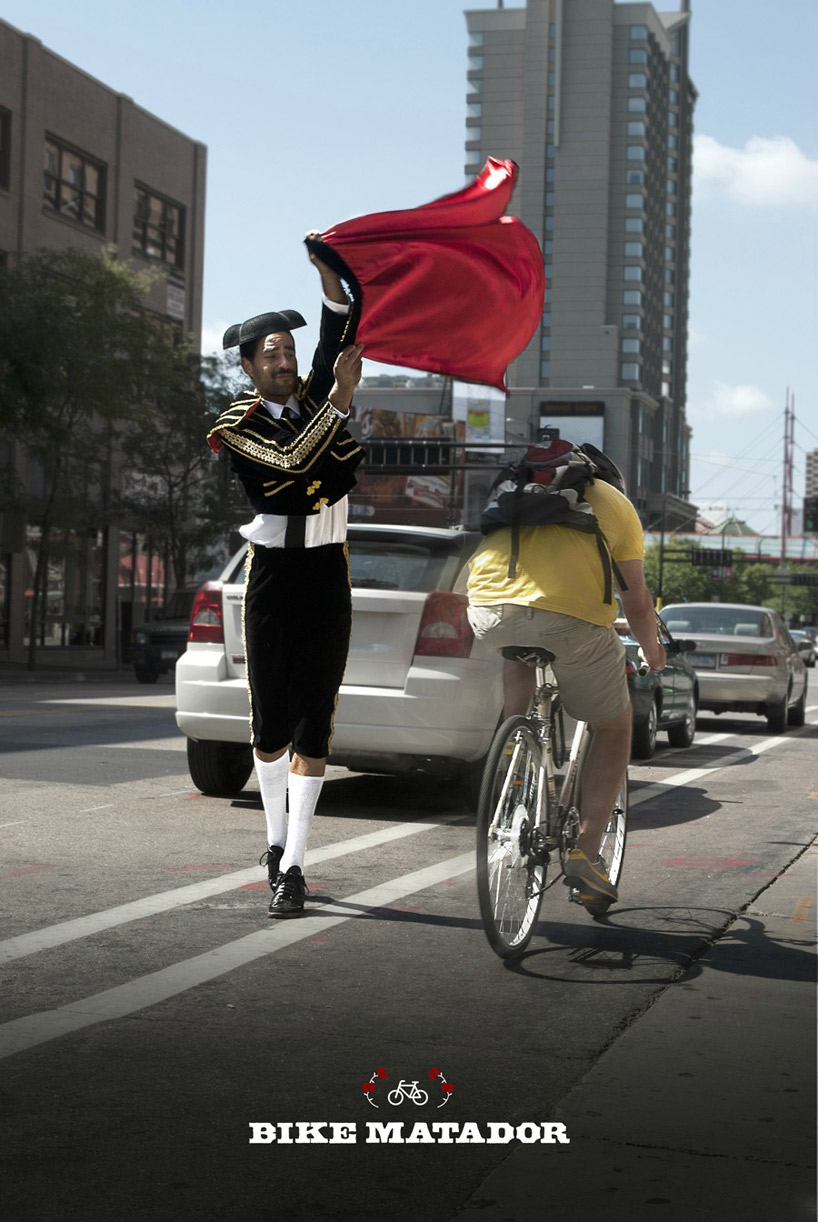 standing on the line  between the bike and car lanes, the matador teases the cyclist with his red silk lined cape 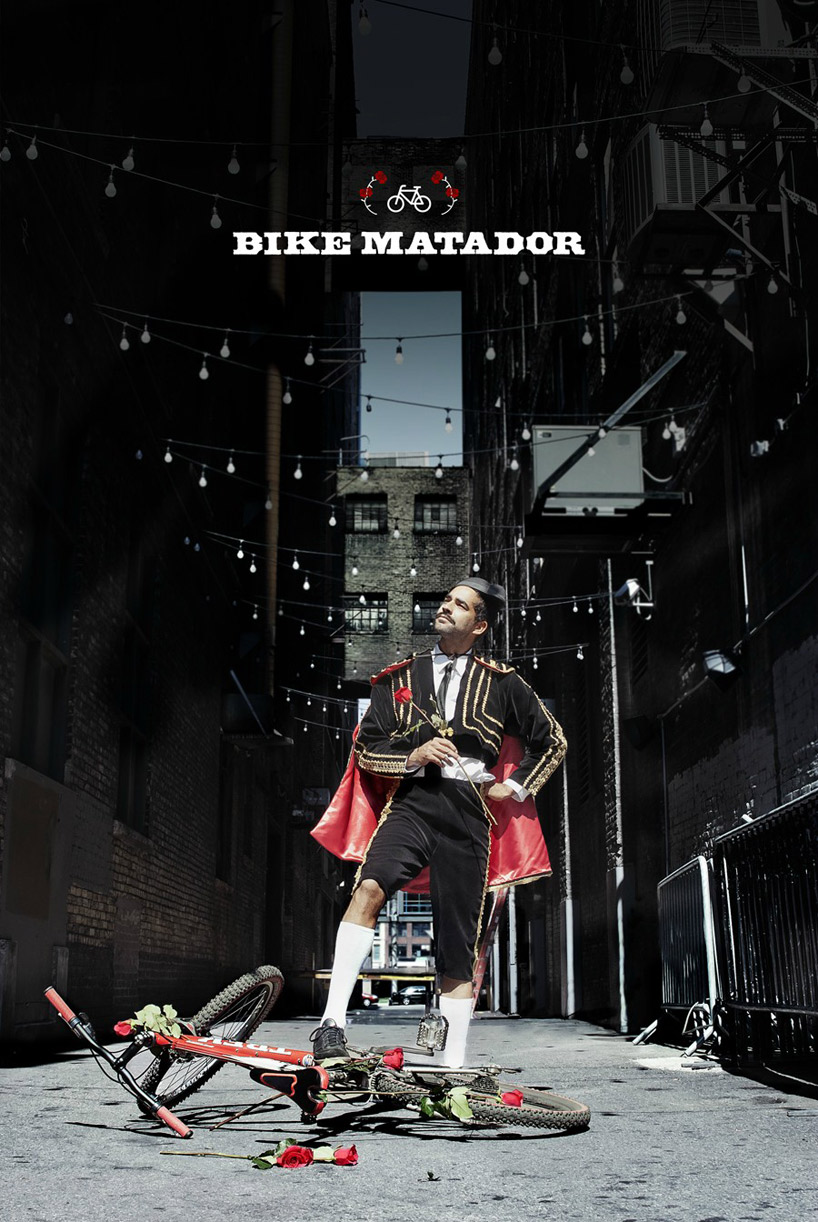 a bike lays slain at the feet of the matador 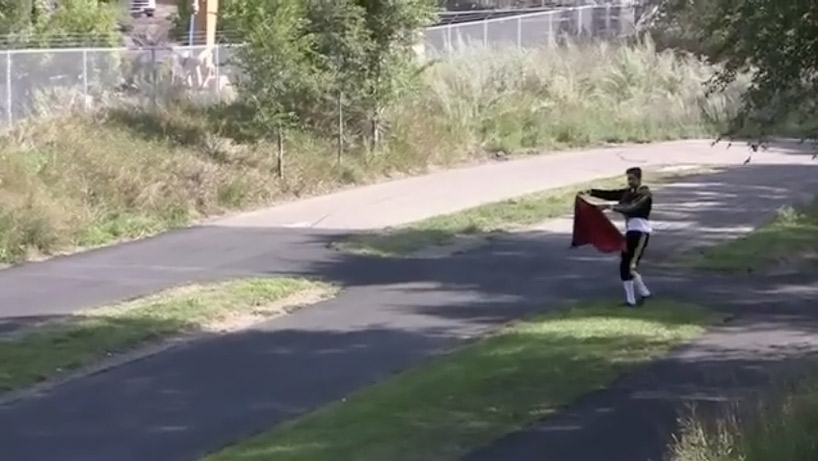 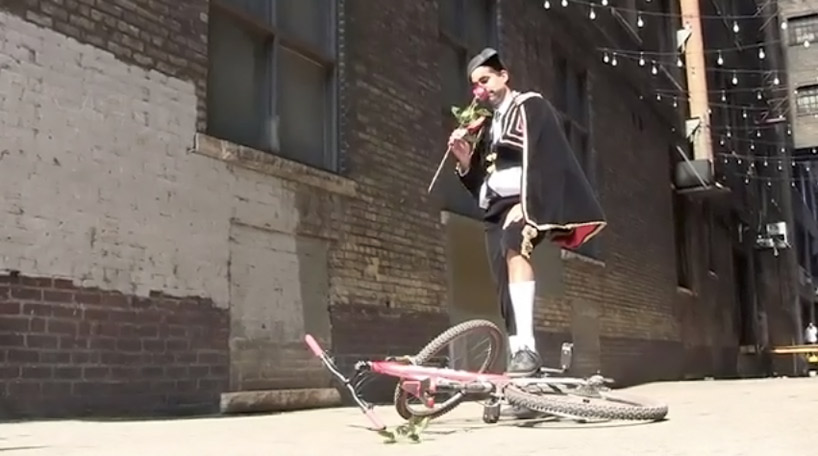 the matador at the end of his performance