Commonly known for his large-scale installations merging science with art, concentrating particularly on the nature of human relationships, Carsten Höller shifts his attention toward the culinary world, opening a restaurant called Brutalisten. The space is soon to open near his Stockholm apartment and will adhere to the thirteen principles of his ‘Brutalist Kitchen Manifesto.’

While this restaurant is soon to open — beginning of May 2022 — Höller has been conceptualizing this ‘brutalist cuisine’ since 2018. Of course, the term has been most commonly applied to an architectural style defined by its expression of unfinished materiality, namely raw concrete, or béton brut in french. this ‘brut’ rawness marks the namesake of brutalism. Critic Reyner Banham famously notes the brutalist ethic as being rational and honest, and less to do with an aesthetic.

In his manifesto, Carsten Höller defines his brutalist cuisine with this same honest spirit. It’s the ingredients that are prepared this way, expressing the pure flavor without the use of sauces and spices as a cloak, or an ornament.

Update October 14th, 2022: On October 21st and 22nd, 2022, Carsten Höller will bring Brutalisten from Stockholm to Paris where it will pop up at restaurant Silencio des Prés. Chef Stefan Eriksson who leads Carsten’s kitchen in Stockholm has a created a brutalist menu for the pop-up. Tickets are now available for purchase. 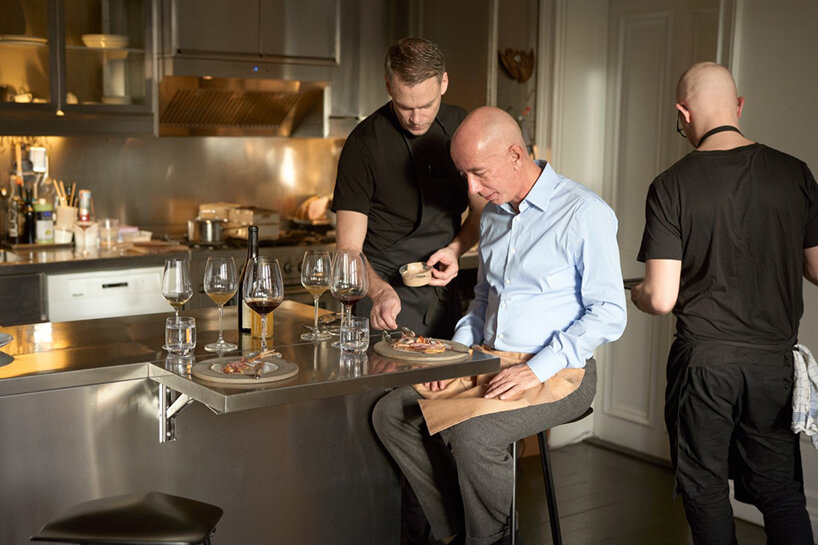 unaltered and unembellished food at brutalisten

Carsten Höller further defines the brutalist cuisine, soon to be served at Brutalisten (see here), beginning with these pure ingredients. Actually the concept sees a sliding scale. Höller explains that ‘Semi-Brutalism’ allows a minimum amount of ingredients but, of course, does not allow the addition of spices. Next is ‘Brutalism,’ which allows the addition of only water and salt. Finally, an ‘ultra-orthodox Brutalism’ allows neither salt nor water — as the artist explains, a raw oyster would fit into this category because it is eaten as a single, unaltered ingredient. 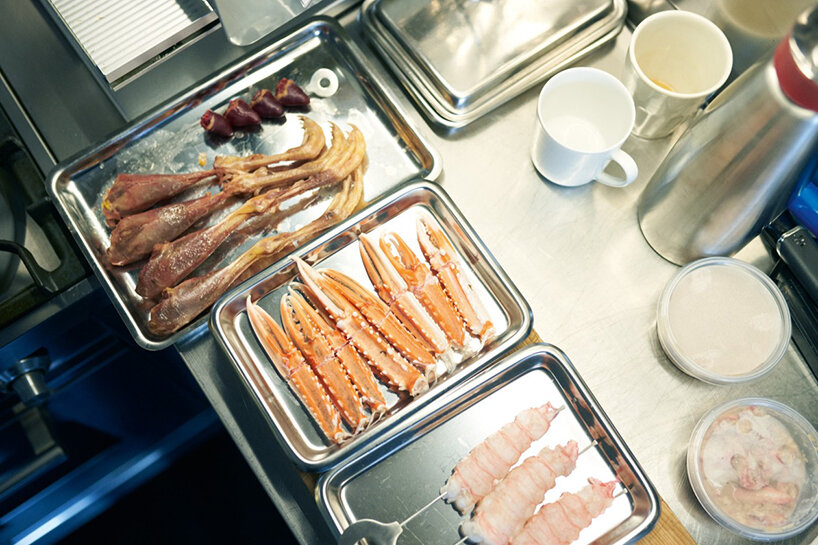 culinary essentialism: isolating the property of an ingredient

Cartsen Höller’s Kitchen Manifesto for Brutalisten emphasizes the use of ingredients that are commonly discarded. For instance, a chicken dish might see the use of not only the meat, but the feathers, eggs, and bones. This principle was influenced by a meal at El Bulli, an experimental restaurant in Spain (see here). There, Höller was served two heads — one of a woodcock, the other of a hare — both cooked and served in their own skulls.

Following this rather brutal recollection, it must be noted that the spirit of the cuisine is not to inflict pain on the animals, but to isolate a single property of an ingredient, removing any background noise like garnishes. 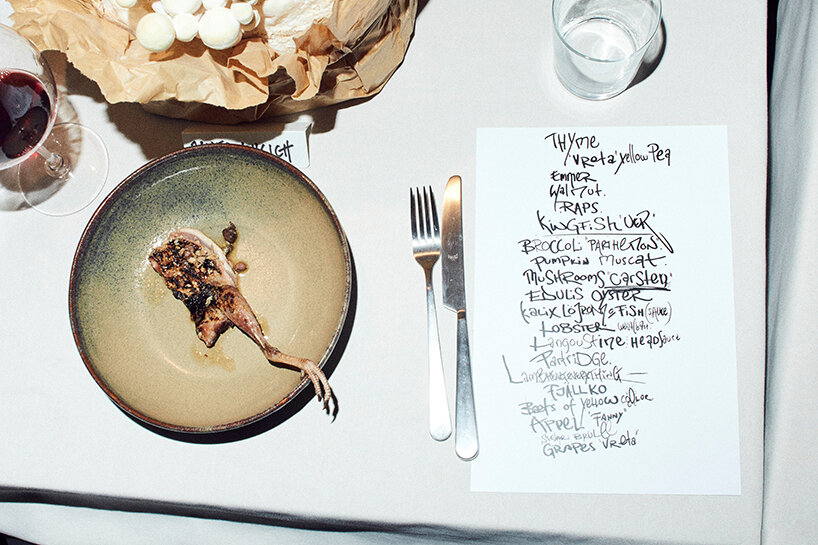 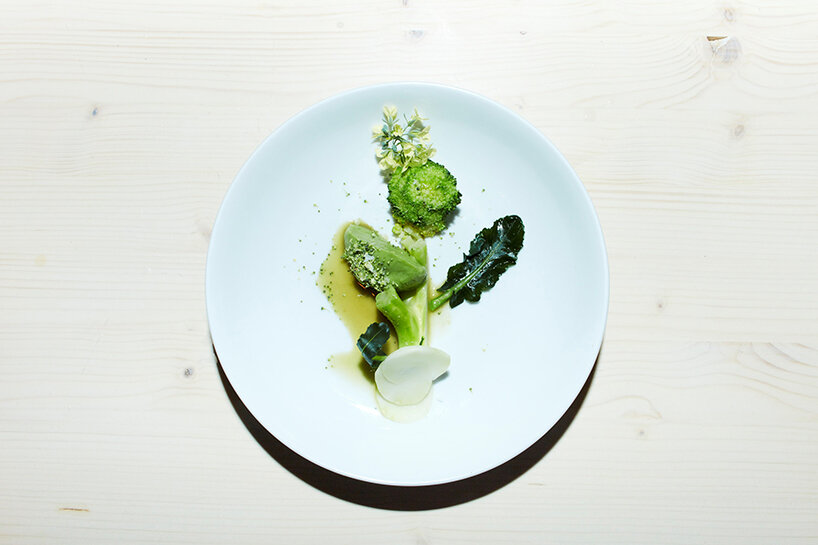 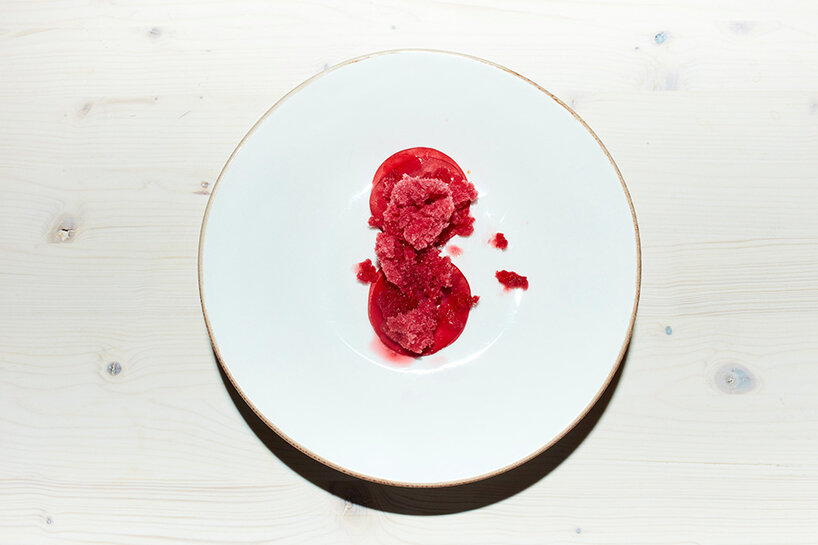 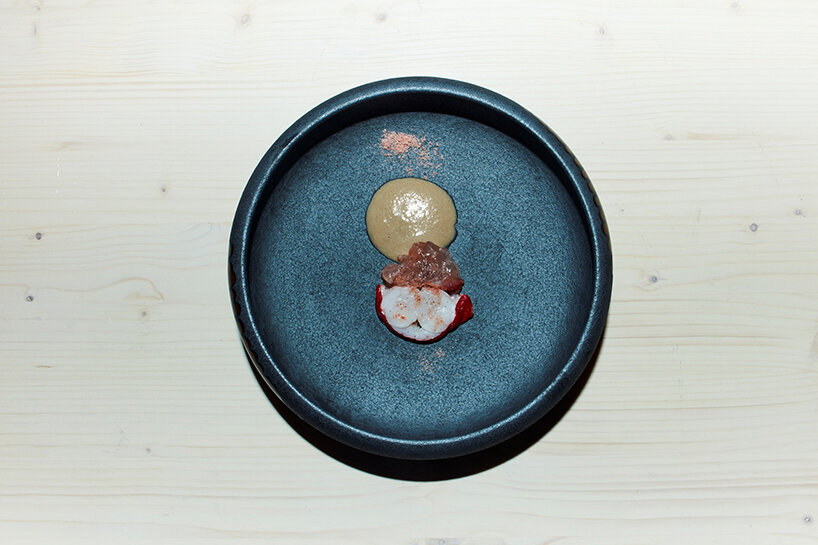 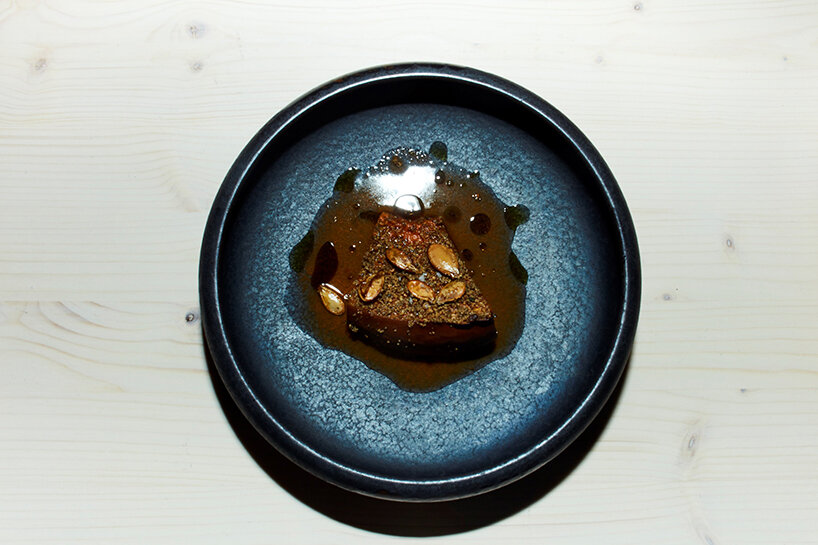 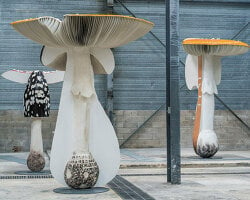 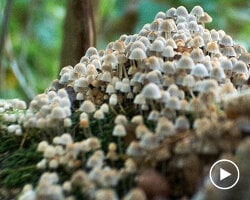