rendering of ‘double carousel with zöllner stripes’ by carsten höller

‘double carousel with zöllner stripes‘ will be on show at the MACRO museum in rome, italy
from december 1st, 2011 to february 26th, 2012.

german artist (brussels-born-stockholm-based) carsten höller is the winner of the enel contemporanea award 2011 for his work ‘double carousel with zöllner stripes’. based on the well known amusement park ride, two carousels are altered to move at an extremely slow pace in different direction. the leisurely speed allows the visitors to get on and off the ride, while their environment is altered through reflections and optical illusions. mirrors are mounted on MDF panels, casting back the flickers of the light bulbs and, in some cases, the geographic patterns applied to the surrounding walls.the experimental nature of the art stems from the scientific background of höller himself, who has a degree in agronomy (the science of producing and using plants for food, fuel, and other purposes) with a specialization in phytopathology (the study of plant disease). many of his works deal with the senses as the visitors become part of quasi-scientific experiments.

a single carousel is also currently on display at the new museum in new york, in a retrospective of the artist entitled ‘experience’. 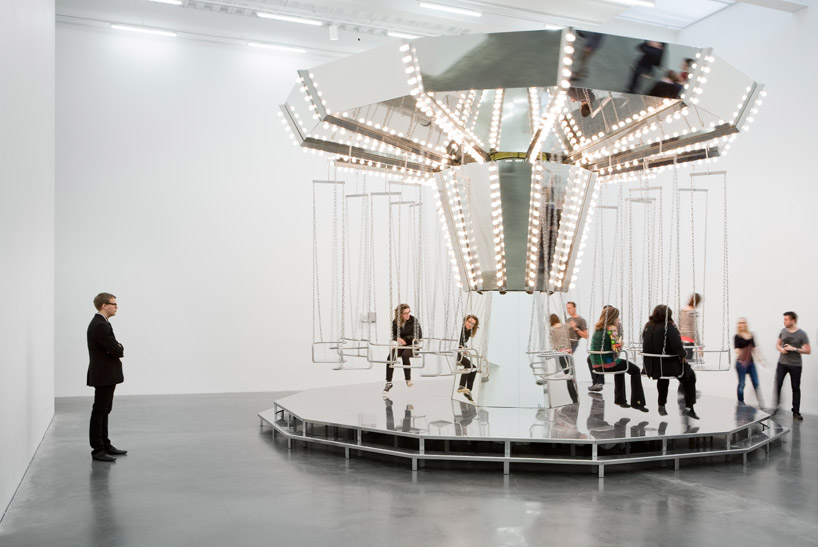 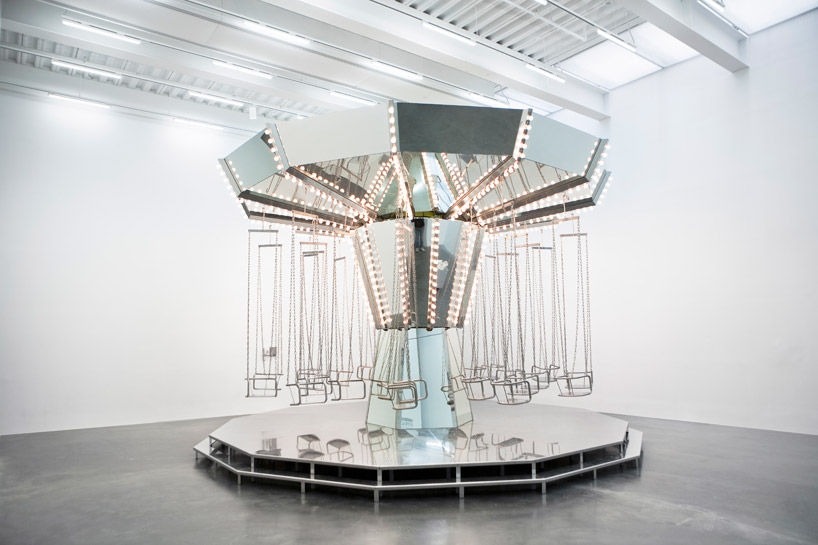 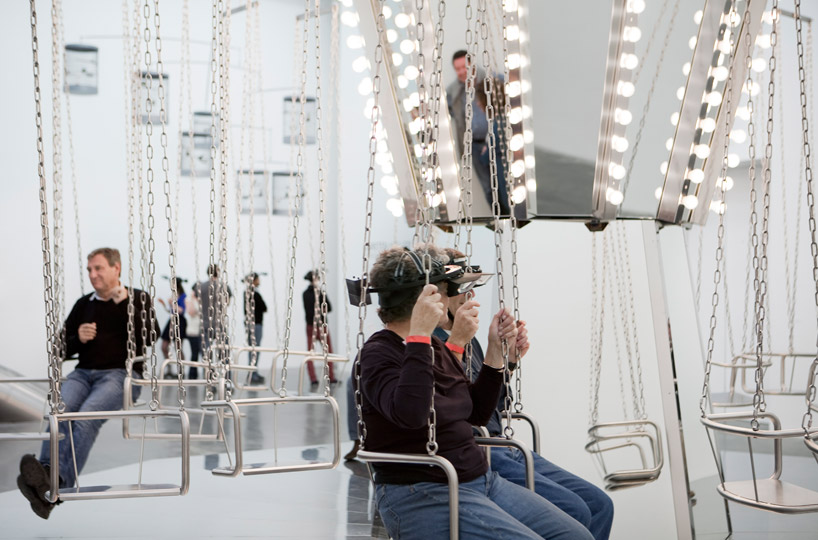 see the designboom article on carsten höller’s retrospective at the new musem in new york here.