art 9950
in the first united states retrospective of german artist carsten höller, the new museum in new york brings together works from the past twenty years. höller’s approach to art derives from his background of being also a scientist, focusing on phytopathology (the study of plant disease). his practice is reminiscent of research experiments. collectively entitled ‘experience’, the installations focus on creating a perception altering environment. the visitor is usually immersed in a situation where one or more of their senses are confused, reduced or heightened. höller’s artwork is reshaping their awareness of both — their surroundings and themselves. the exhibition is curated by massimiliano gioni, gary carrion-murayari and jenny moore. 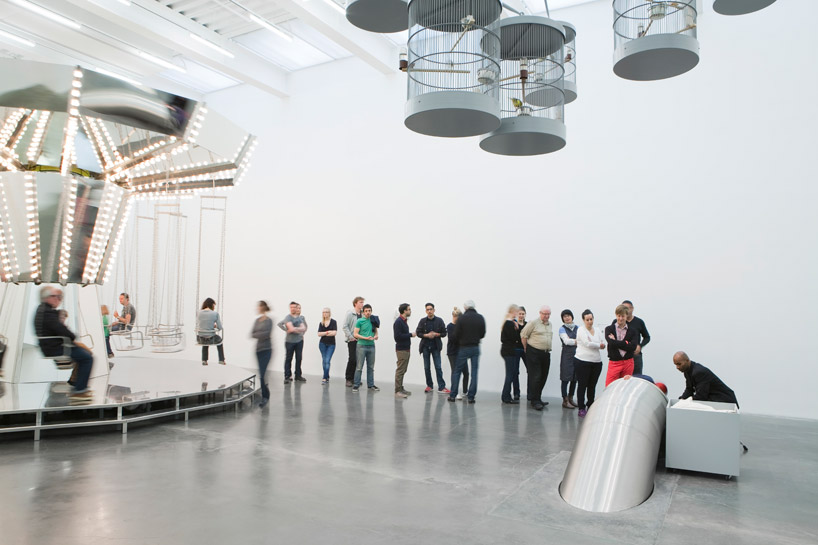 connecting three floors of the building is ‘test site’ (2007), a curved semi-transparent slide which functions as an alternative transportation system within the walls of the museum. running from the fourth floor to the second, it perforates the ceilings and floors, redefining movement through the otherwise normal structure. 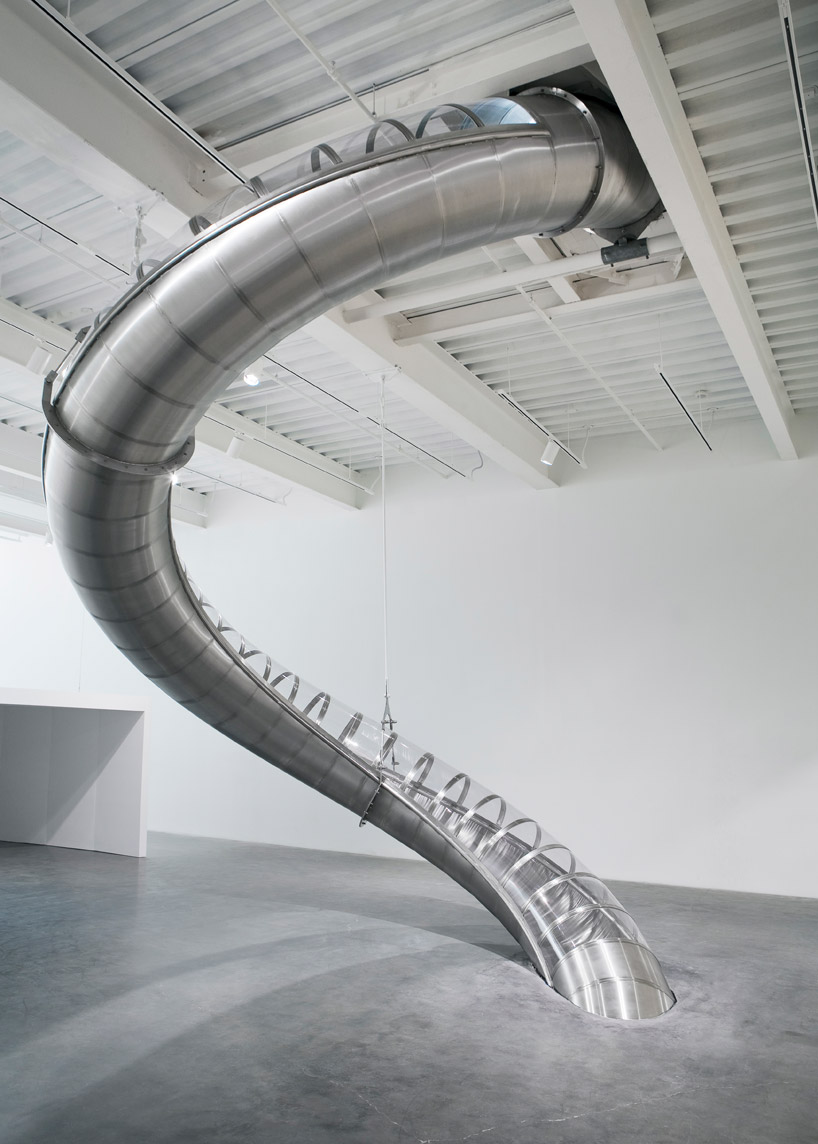 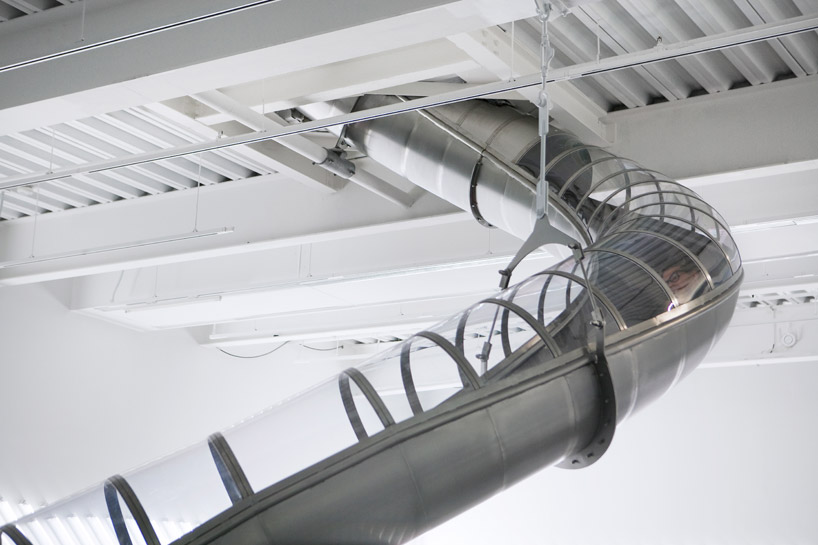 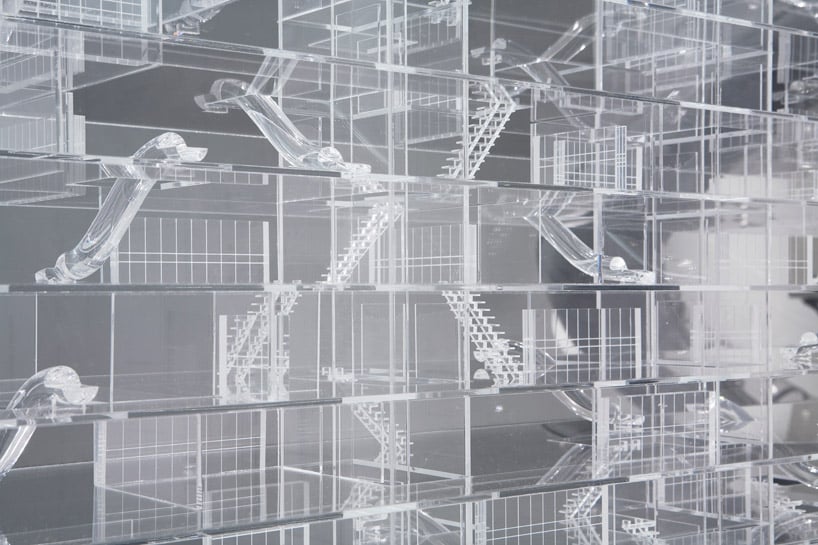 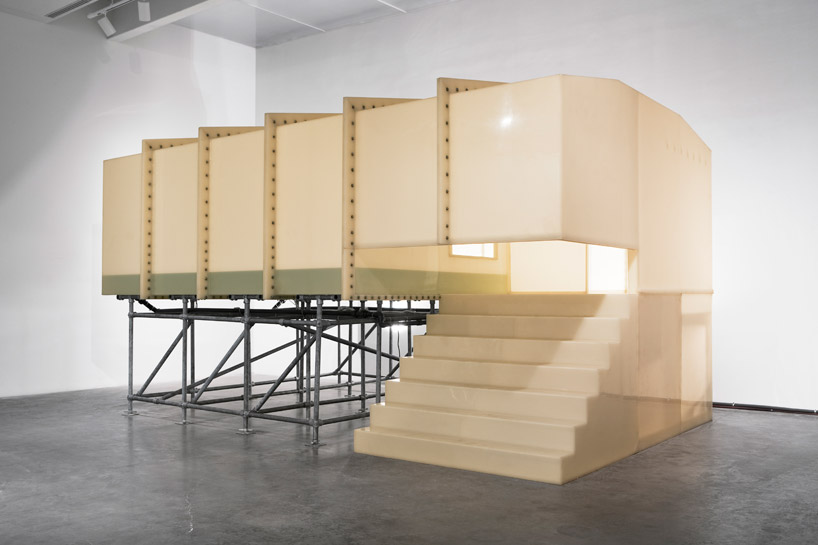 on the opposite spectrum of experiences is the sensory deprivation pool called ‘psycho tank’ (1999). instead of movement,
the body-temperature salt water creates the feeling of floating through nothingness. there is no sound or smell,
creating a relaxing oblivion.
‘double light corner’ (2011) is a hallway which uses a sequence of flashing lights to disorient the viewer.
the lights are timed and placed in such a way that the space appears to be flipping back and forth.
exploring the meaning of play, höller adapts popular amusement park rides to alter viewer’s perceptions
of their engrained childhood memories. 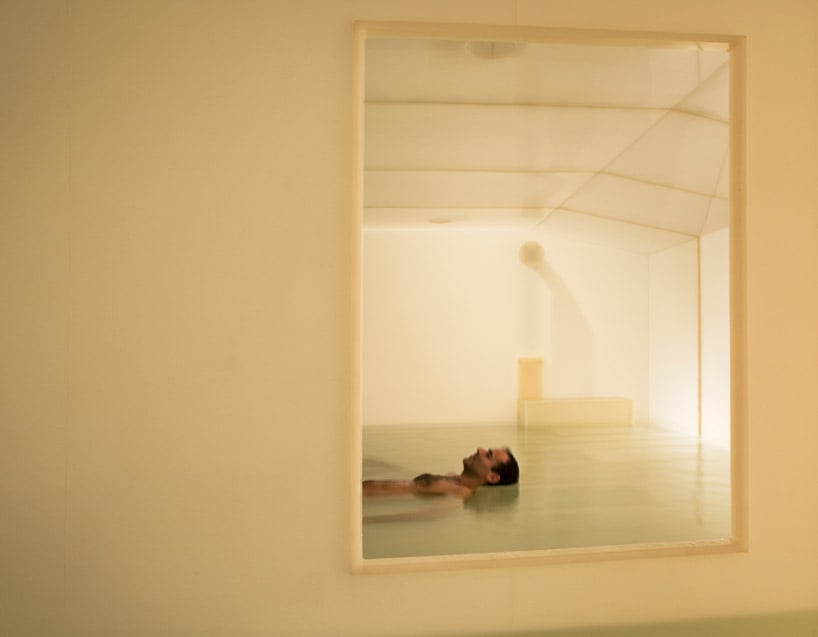 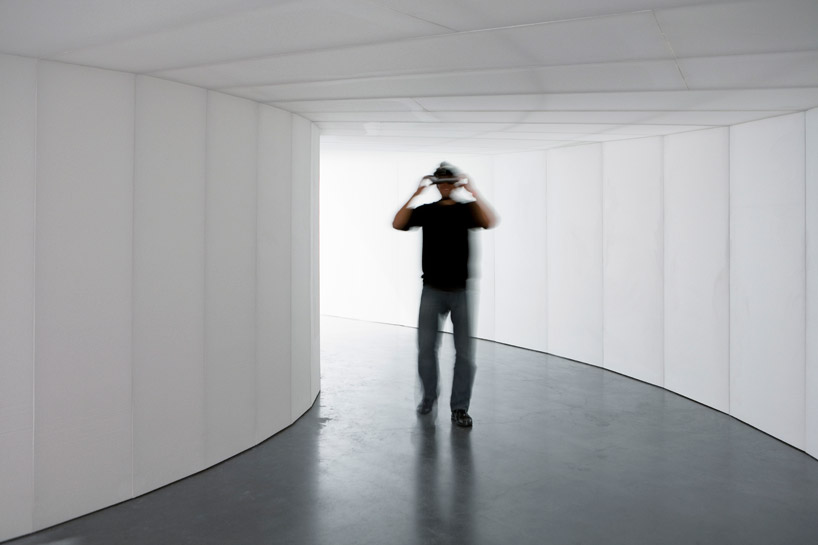 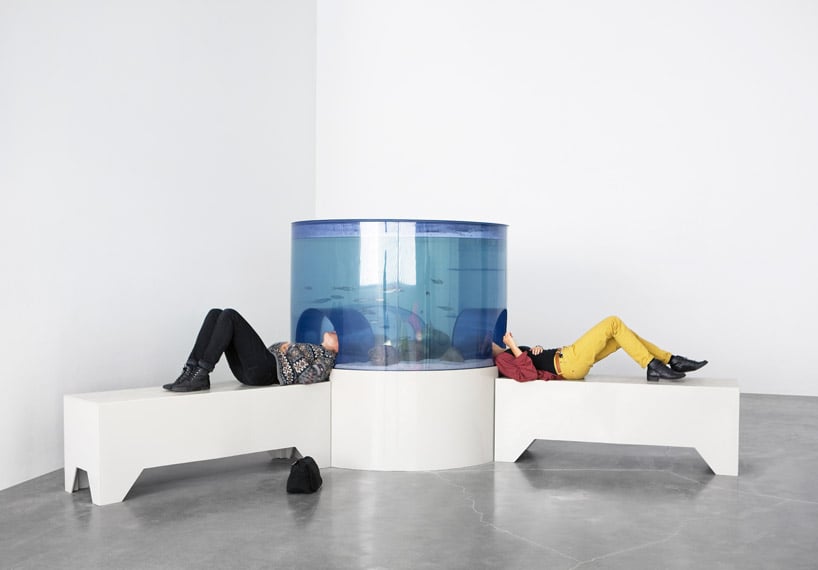 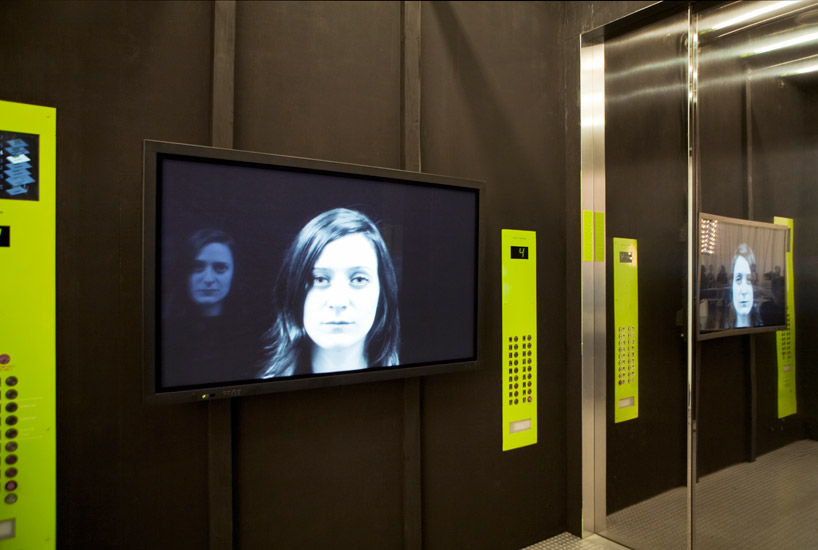 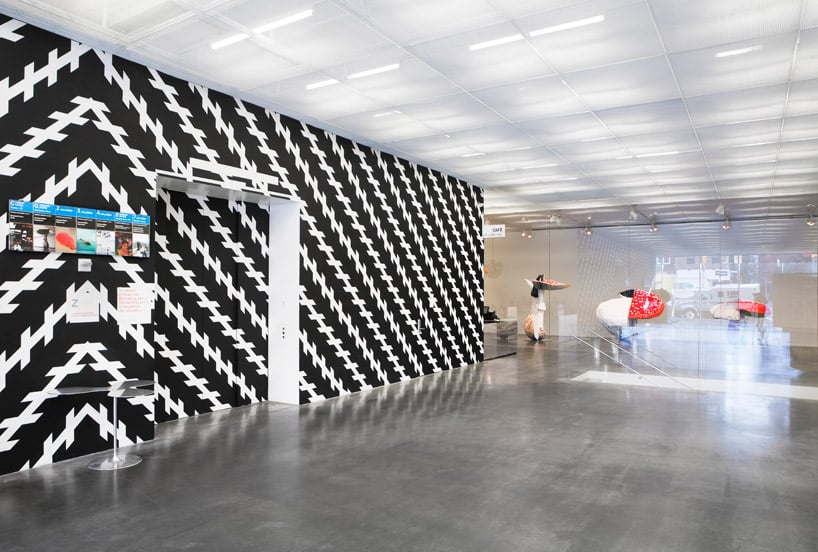 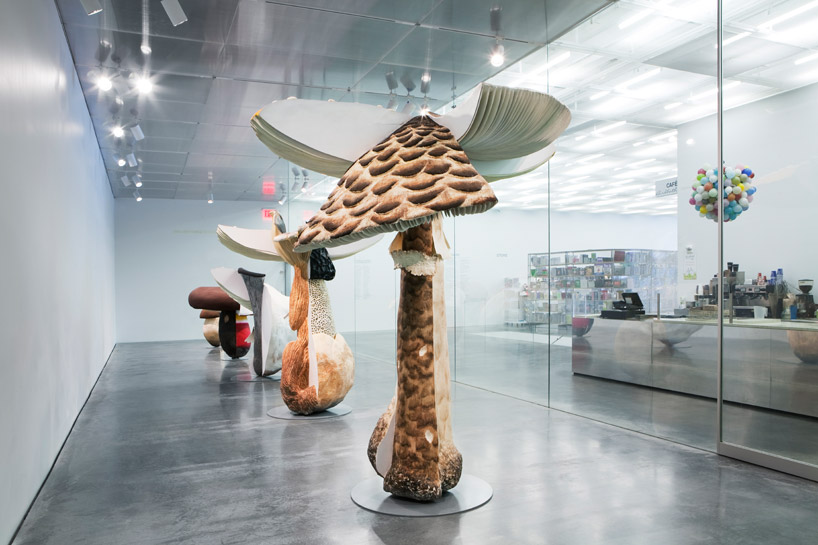 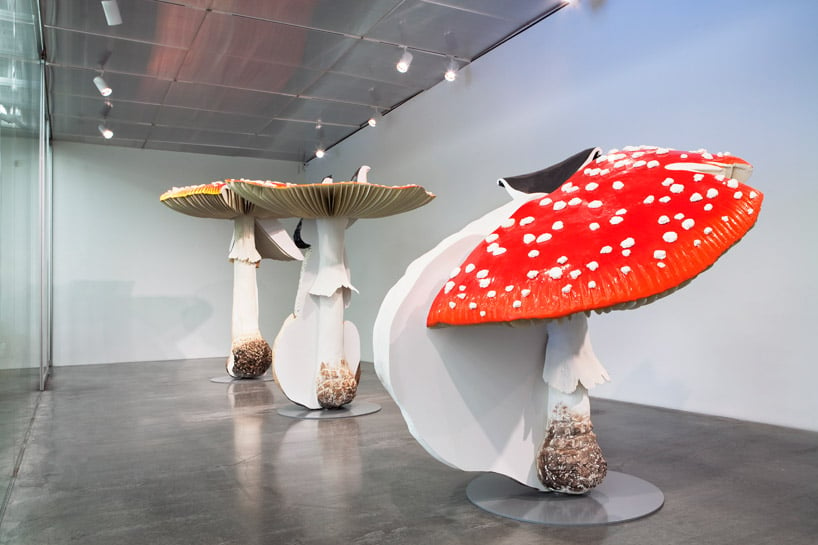 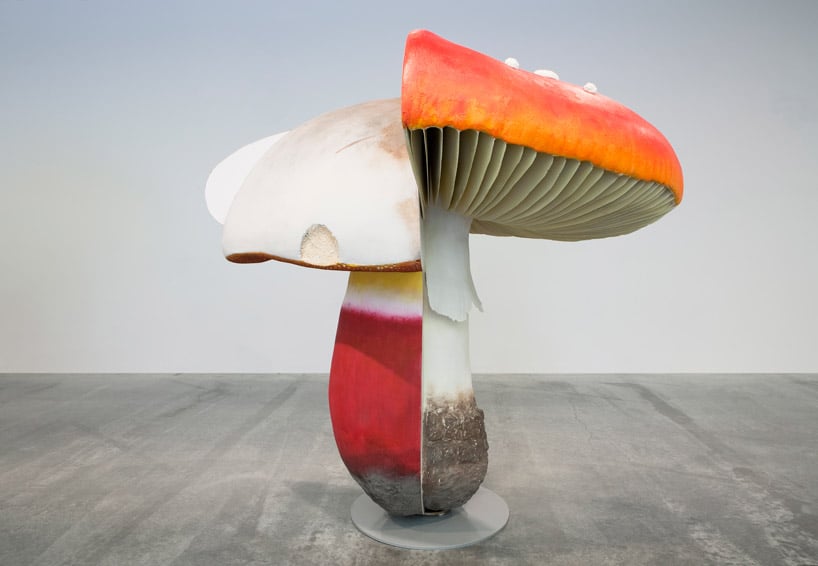 see designboom’s article of carsten höller’s most recent work ‘double carousel with zöllner stripes’, which has won the enel contemporanea award 2011
and will be shown at MACRO museum in rome, italy from december 1st 2011 until february 26th 2012.
bora db 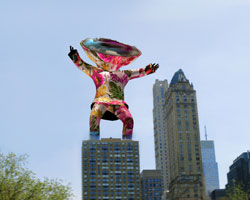 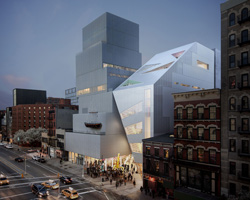 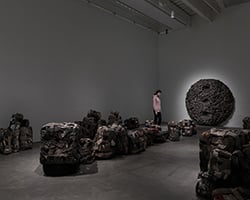 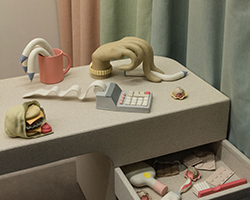