this past weekend the first ever ‘sound art’ exhibition at la casa encendid, madrid opened. curated by josé manuel costa, the show aims to provide spectators with the opportunity to learn more about the complexity of sound art and its multiple forms through the work of international artists, produced over the course of the last decade.

one of the featured installations is by german artist carsten nicolai (aka alva noto) which is based on his former works ‘anti’ and ‘reflex’. 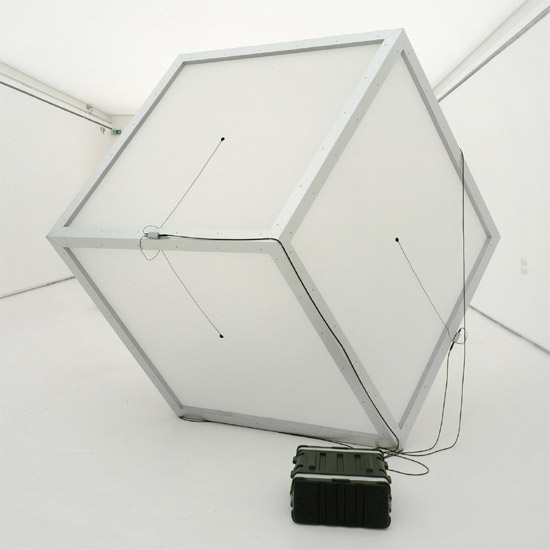 the concept of ‘reflex’ describes the interweaving of visual and auditory space. this dodecagonal geometrical sculpture is open on one side, inviting visitors to enter its interior. within, filtered white noise is circulated, emitted by ten high-tone piezo-loundspeakers, each mounted in the center of the stretched polyester surfaces. the sound, which circulates around the structure, generates an acoustic illusion, as if there is another three-dimensional object existing, hidden inside the rhomboid. although the same coordinates constantly describe this object, ‘reflex’ is continually re-rendered by the random program that selects the sequence of the coordinates and the rhythm of intervals. 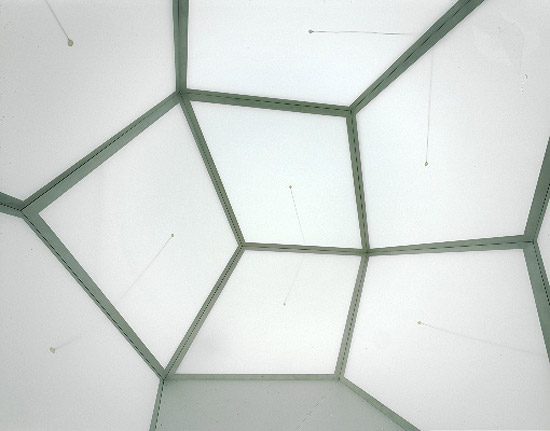 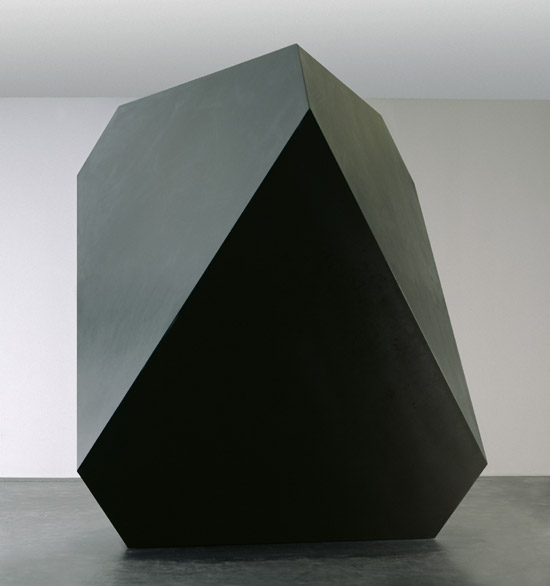 ‘anti’ is a regular geometric form which represents systematic thinking and the interrelationship between mathematics, optics, art and philosophy. in appearance, it is a distorted cube, truncated at the top and bottom to obtain rhombic and triangular faces. the object reacts to the magnetic fields of bodies, enabling interaction with the visitor, while all of its mechanisms are hidden within. derived from artist albrecht dürers engraving ‘melancholia i’ (1514), ‘anti’s’ black, light-absorbent surface and monolith-like crystalline shape confronts the viewer, trying both to mask its form and to disguise its function, thereby absorbing information. 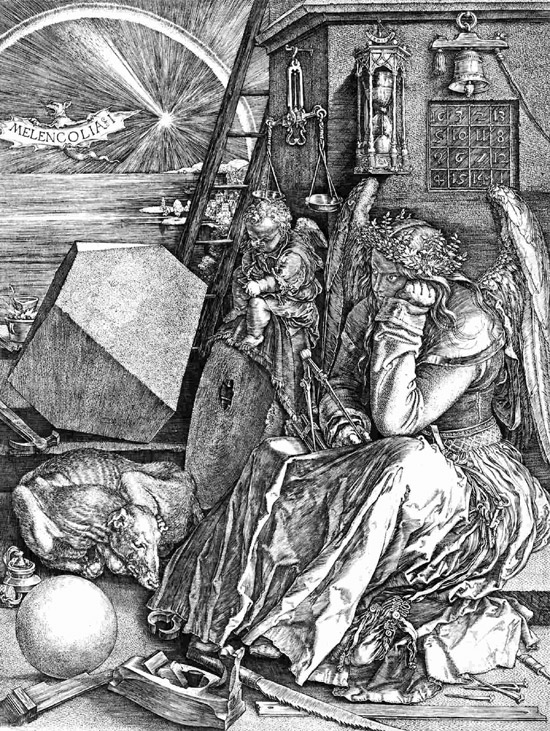 ‘melancholia i’ by albrecht dürer, 1514 the starting point of ‘anti’s’ form

‘reflex’ and ‘anti’ were originally designed together to form a conceptual bipolarity for carsten nicolai’s solo exhibition ‘anti reflex’ at schirn kunsthalle in frankfurt / main, germany in 2005.