for the exhibition at kunstraum innsbruck carsten nicolai has produced four new works for the series ‘aoyama spaces’. 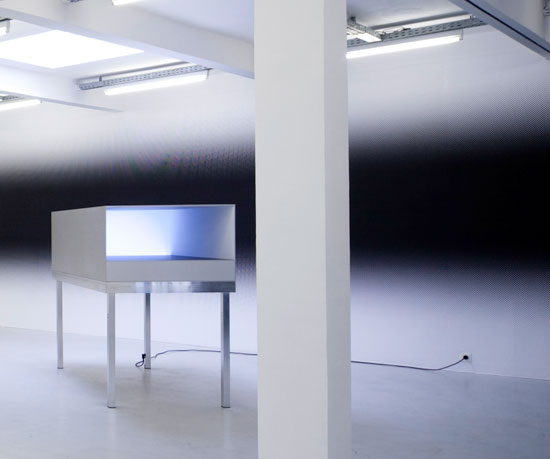 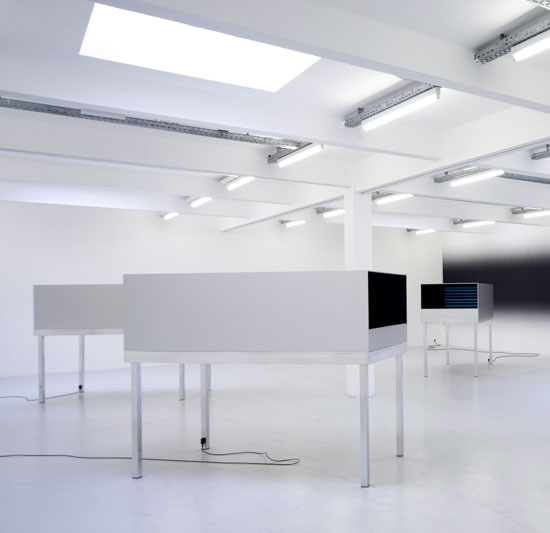 the title ‘aoyama space’ derives from a photo studio in the aoyama district of tokyo. this studio also contains a room without corners, a so-called concave room, in which a spatial irritation is created of a seemingly endless room by taking away any clues as to a spatial limitation.

the works from the series ‘aoyama spaces,’ as true-to-scale models of imagined spatial installations, serve to investigate similar spatial configurations. 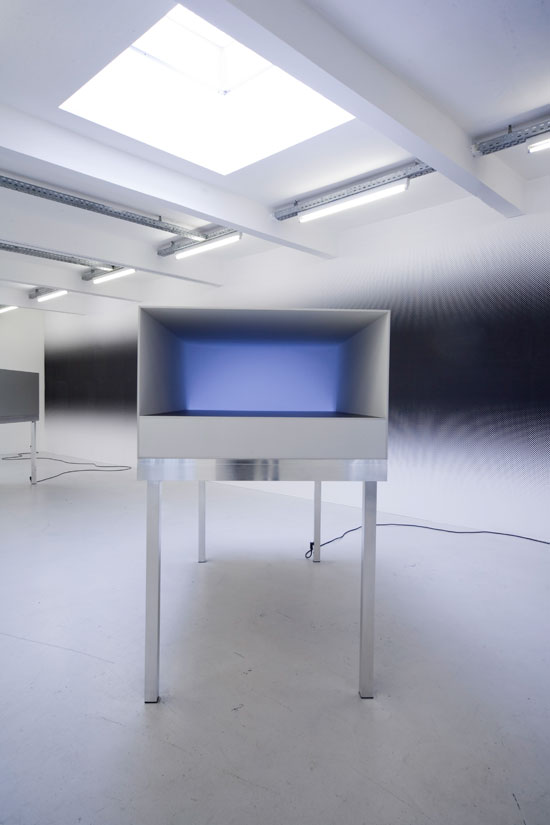 thanks to the diminished size it becomes possible to appreciate the radicalness of the spatial structures with their complex qualities as well as the meticulous arrangements. the insides of the various realised model rooms – constructed out of curved surfaces, mirrors and incisions – become visible in each case through a single light display. the light is triggered by a selection of specially composed electronic sounds, from deep bass frequencies to high-frequency click sounds, that are also audible inside the box. 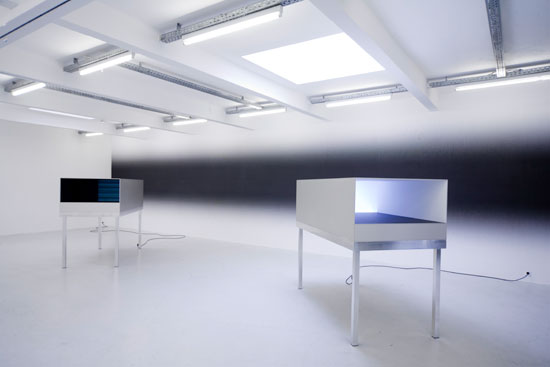 depending on the frequency of the sounds and their rhythm, the interplay between light and space varies in form, intensity and visual effect. the concept of spatial irritation here is taken up and adapted so as to examine human perception and to question subjective methods of spatial interpretation. 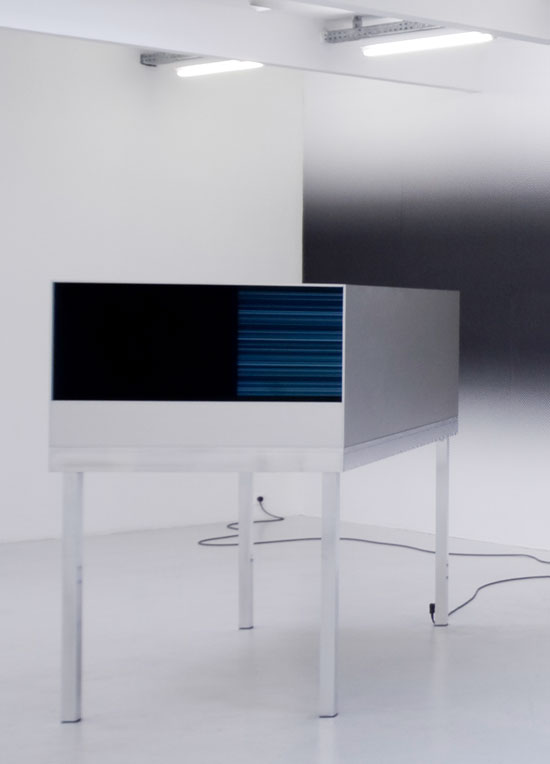 in addition, carsten nicolai presents stills from the video installation ‘fades’ as well as the installation ‘invertone’ in the project space.

the ‘fades stills’ are shots from the source movie of the ‘fades’ installation, each of which could be understood as a blueprint for a mathematical vocabulary.

carsten nicolai is among the most prominent members of a generation of artists aiming to investigate the interfaces between art, nature and science. working across disciplines as a visual artist, researcher, musician and producer all in one, nicolai aims to surmount the splitting up of human sensual perception and to make palpable, both for our eyes and our senses of hearing and touch, scientific phenomena such as sound and light frequencies or electro-magnetic fields. his installations are characterised by a minimalist aesthetic and captivate us through their elegance, simplicity and technicity.