‘monitor’ by german artist carsten nicolai (aka alva noto) is a site specific light installation for siobhan davies studios in south london. it is made from neon tubes and mounted on the building’s facade, serving as a link between the space within the building and the outside world.

‘siobhan davies studios are interesting in that if you walk past the building, you have no idea what is happening inside.(…) ‘monitor’ is sound-controlled. when events occur inside, they are reflected in the light activity of the installation.‘ – CN 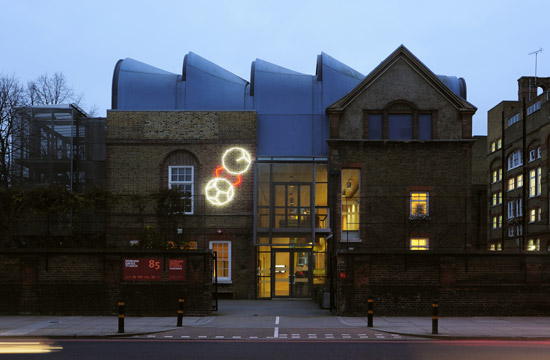 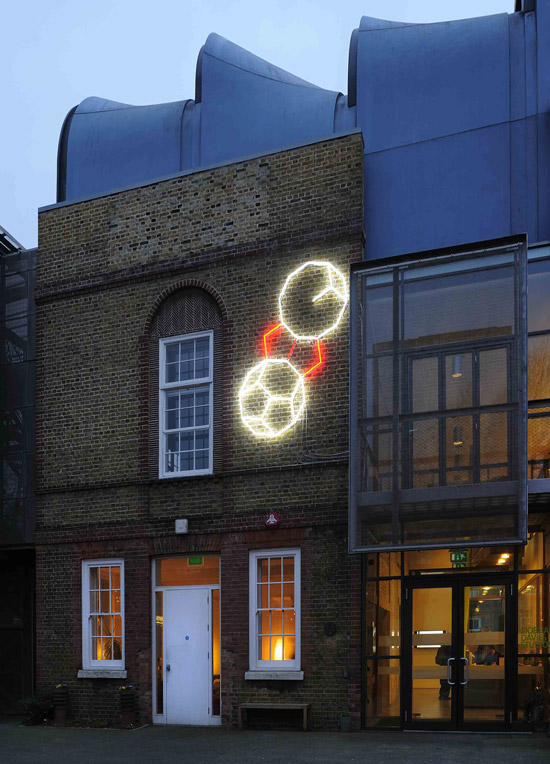 carsten nicolai is known for his audio-visual installations, and also performs under the pseudonym alva noto. his audio-visual works have been presented at the solomon r. guggenheim museum, new york, san francisco museum of modern art, centre pompidou in paris and the tate modern in london. he has collaborated with such artists as ryuichi sakamoto and ryoji ikeda.