titled off ‘pioneer‘, one of the german artist carsten nicolai‘s most recent works, this exhibition at the contemporary art centre and goethe-institute in vilnius, lithuania is the first comprehensive solo show of his to date.

‘pionier i’ is an installation that consists of a parachute that has been inflated by a wind-machine. the result is an ephemeral situation of interaction between states of stability and instability. the arrangement of the objects serves as a metaphor of the ambiguous and discontinuous interplay of artificially produced objects and natural elements.

the experimental nature of nicolai’s work often results in his exhibitions seeming to be like scientific laboratories where various calculations and tests with partly open results are performed. with a creative method based on theories from mathematics, physics and natural science, attributing equal importance to the concepts of chance and error, his art often utilizes geometrical, optical and ornamental structures. in this exhibition ‘pioneer’ words uttered by performance laurie anderson are materialized as aluminium sculptures, burning gas in a transparent tube visualizes the speed of acoustic waves, the usually unseen heat waves become visible with the help of light and shadow, while another video work demonstrates the phenomenon of stealth that resembles military technology to prevent detection of information. 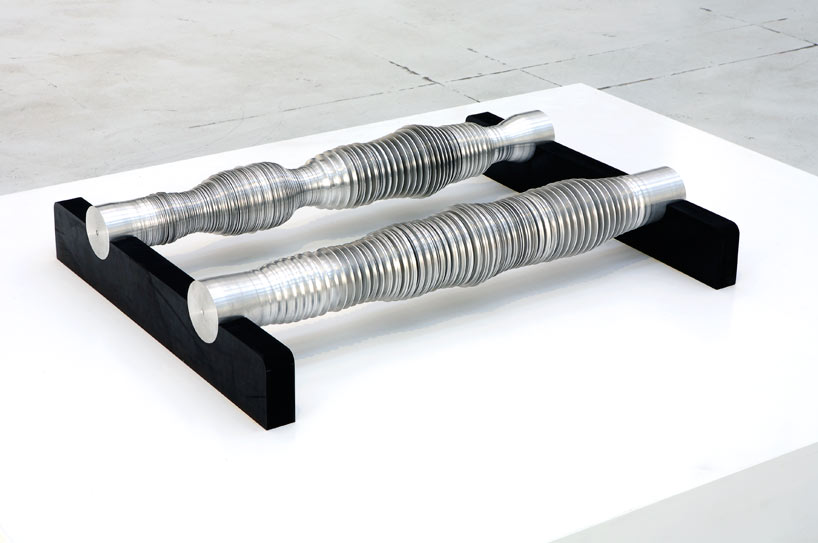 ‘yes/no’ is made up of two aluminium sculptures that have been conceived via wave forms of the spoken words ‘yes’ and ‘no’. displayed on rubber mounting, the two objects attempt to materialize the sculptural characteristics of sound when moving through space into a respective visual effigy. the semantic content of the sculptures gives answers to unasked questions, opening up a wide range of interpretation and association. ‘yes/no’ could also be perceived as a special portrait of performance artist laurie anderson, who originally spoke the two words that are solidified here. 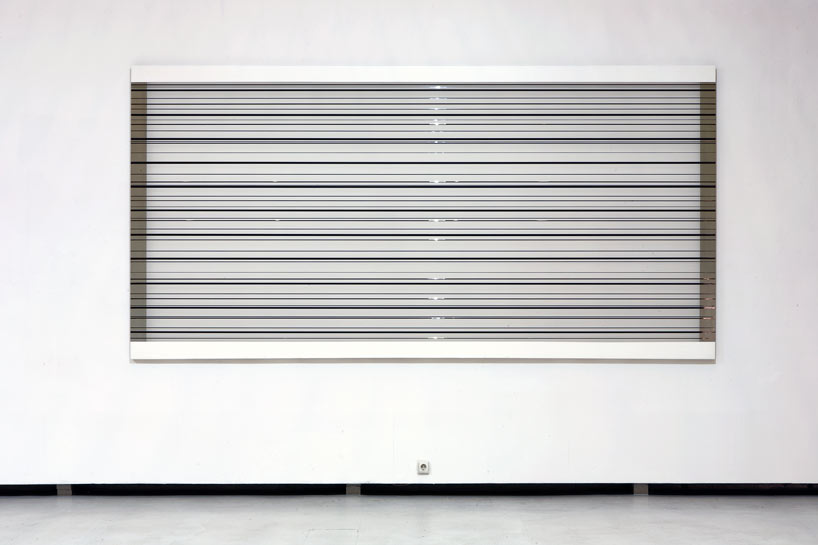 an ongoing series since 2000, these static panels refer to the monitor images of nicolai’s ‘telefunken’ installation. horizontal line compositions on the monitors form the visual base. contrary to the installation time element, idiosyncratic to sound, is subtracted from the panels presenting only a frozen acoustic signal. ‘static’ is made from magnetic tape, acrylic on polyester with an aluminium frame with varying dimensions. 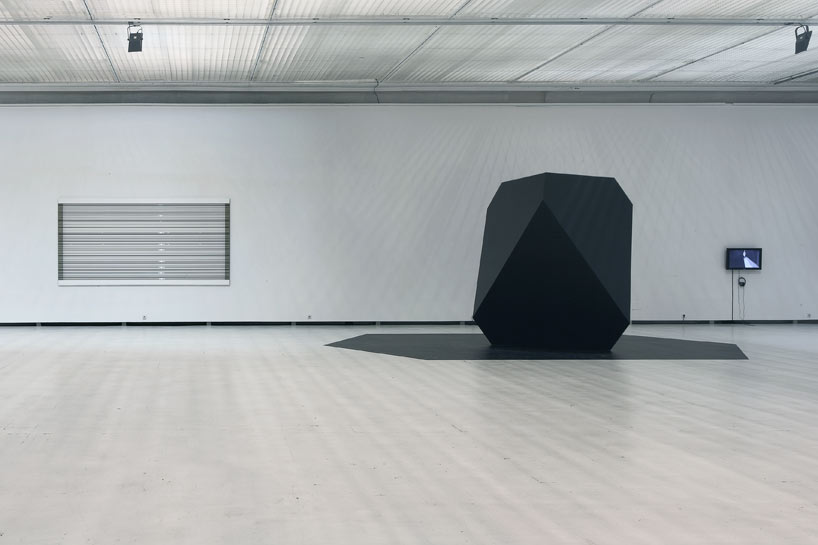 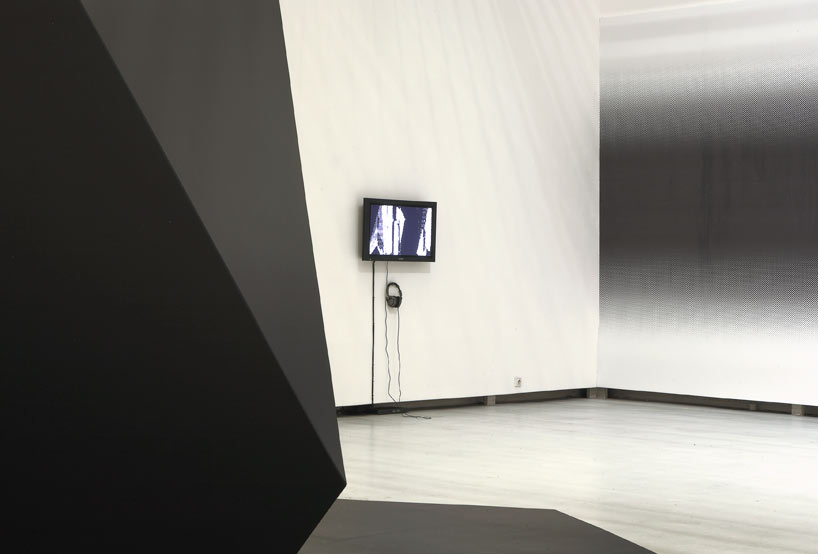 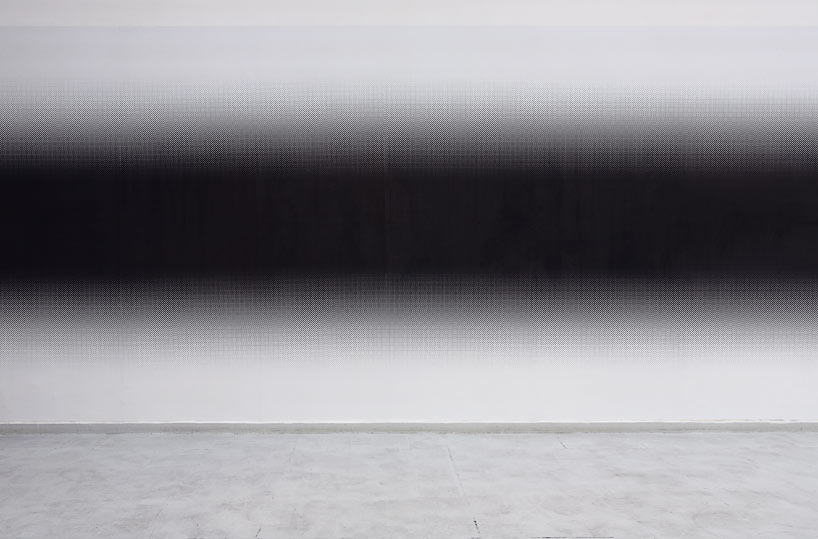 ‘raster gradient’ is a silkscreen print poster wallpaper consisting of a gradient that is accomplished via a dot raster. when applied to wallpaper, the poster creates an optical illusion of spatial irritation. 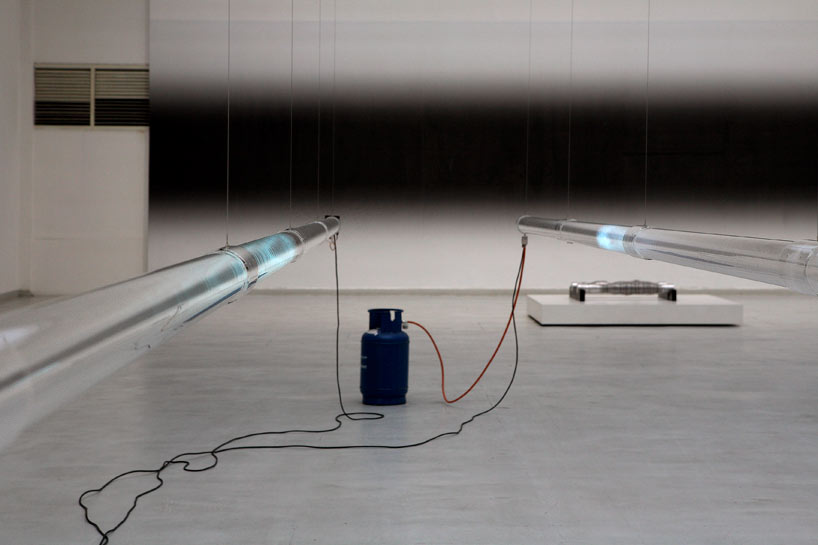 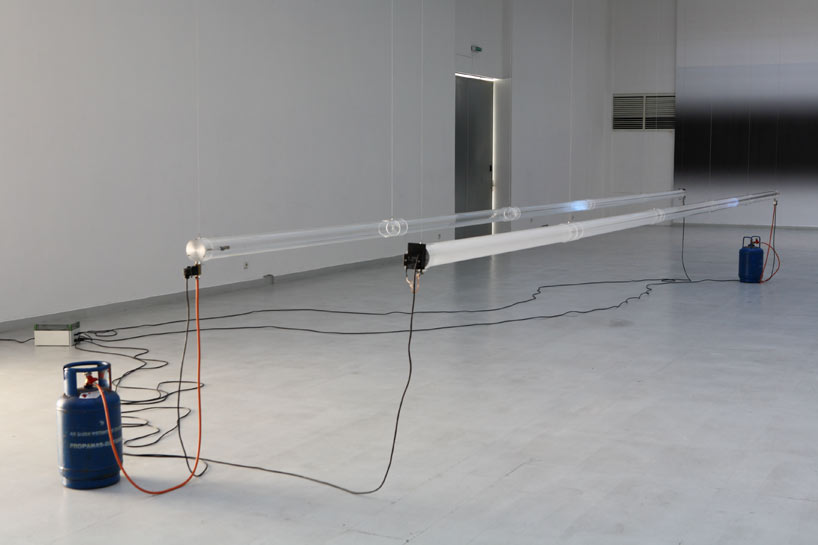 this room installation is intended to visualize the speed of sound, which is about 334 m/s. two translucent tubes are filled with propane gas, which is set on fire to cause a chain reaction. a flame is burning from one side to the other, slowly accelerating to the point where it hits the end of the tube. due to the ratio of the gas-oxygene mix the flame there causes a rapid explosion, which can be heard as a sonic boom. 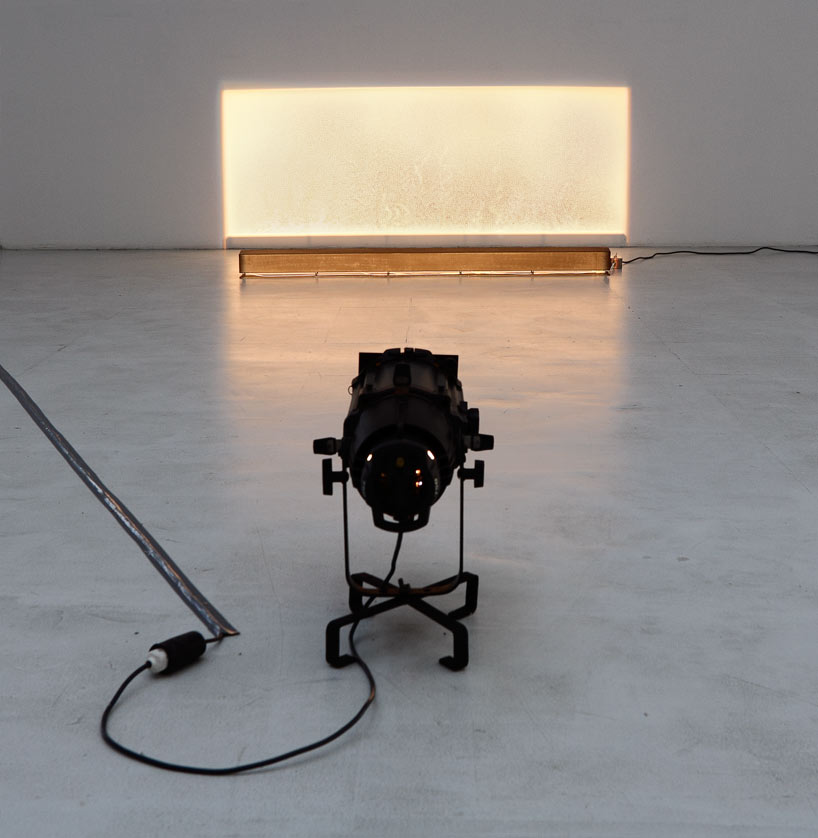 constructed from a metal heating system and light spot, varying in overall dimensions, ‘thermic’ is a visualization of usually invisible heat waves floating through space. hot air produced streaming upwards from a heat source is made visible by a light spot throwing shadows of it onto the wall. like in a fata morgana, one can see fluctuations of air, realizing that we are not surrounded by empty space but by a physically flexible matter. 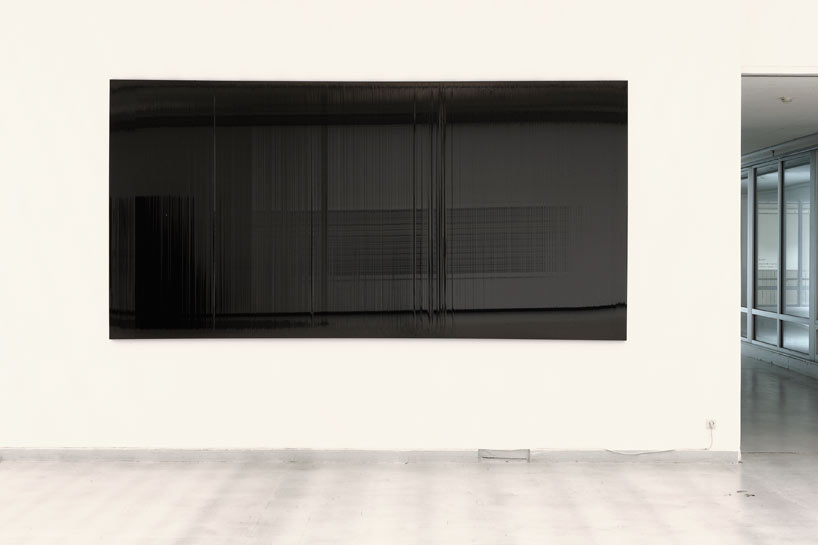 tape is strethced on a polyester-mounted panel, running in such great density side by side across the surface that the vertical composition appears as a dense, mirroring tape structure, reflecting the space in front of it. in the end, spheres of figurative and abstract principles meet evasively in a single work of art. 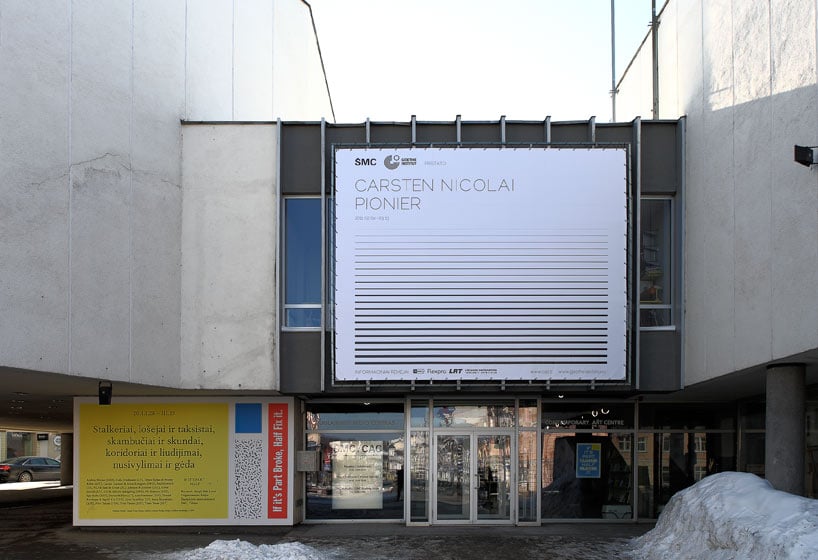 main banner on the outside of the contemporary art centre

many of nicolai’s sound and visual works employ a mathematical rule or module that enables self-generating creative processes. these same methods are also common within his musical experiments in which he creates live sound and visual structures that interact with each other, known in the electronic world as alva noto.

this weekend is your last chance to view the ‘pioneer exhibition’ as it will end on sunday, march 13th, 2011.