blending her training as a painter, and her expertise in cinematic visual effects, artist catherine nelson has established a photographic technique that turns the traditional notions of the medium on its head. the painstaking process in creating just one of nelson’s ‘worlds’ requires several months of precise work, as she pieces together hundreds of individual photographs shot across the world. digitally stitched, the spherical landscapes form miniature planets that blur the line between fiction and reality. fabricated universes see flora and fauna meet bodies of water and animal wildlife in an orb of carefully-placed imagery. nelson assembles thousands of details from her personal photographic journeys as a symbolic record of her time spent in each place. depicting the artist’s recollection of a journey through landscape, the effect of the condensed planets is dynamic and fantastical, inviting the viewer to seek their own journey within the image. 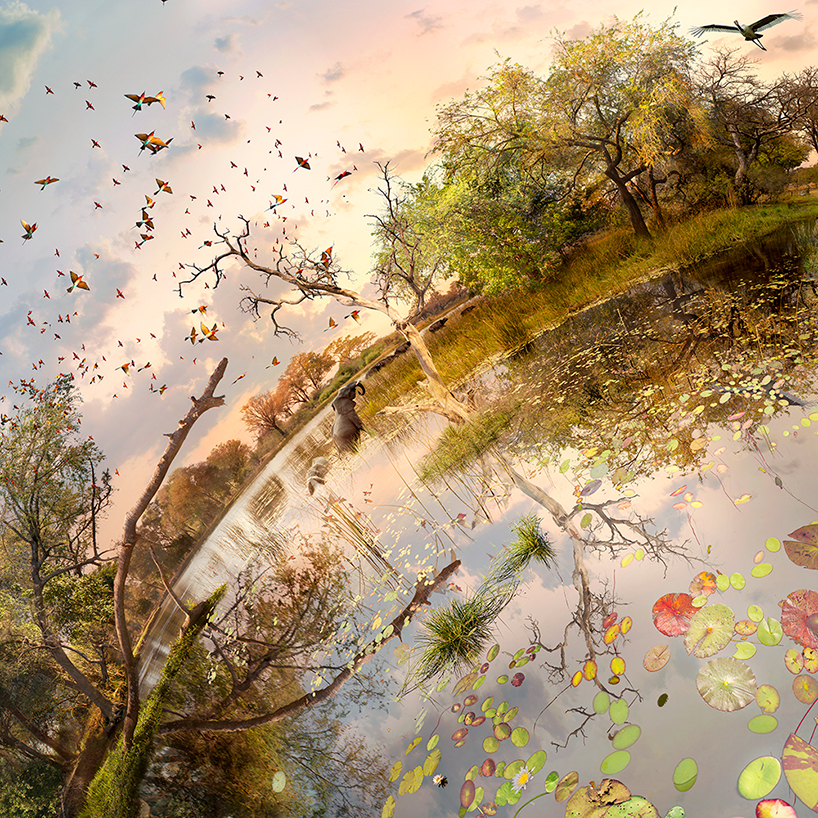 nelson’s most recent creation is ‘okavango’, presented by michael reid gallery at DEN FAIR in melbourne until june 4, 2016. this new work draws its subject from the okavango delta — a large area in botswana, africa. the delta feeds from the okavango river, carrying rain from the angolan highlands in the form of an annual flood. ‘the alluvial fan that is formed is a swampland of immense wildness and beauty,’ nelson describes.

‘when I embraced the medium of photography, I felt that taking a picture that represented only what was within the frame of the lens wasn’t expressing my personal and inner experience of the world around me,’ nelson says of the origins of her work. ‘with the eye and training of a painter and with years of experience in film visual effects behind me, I began to take my photos to another level.’ 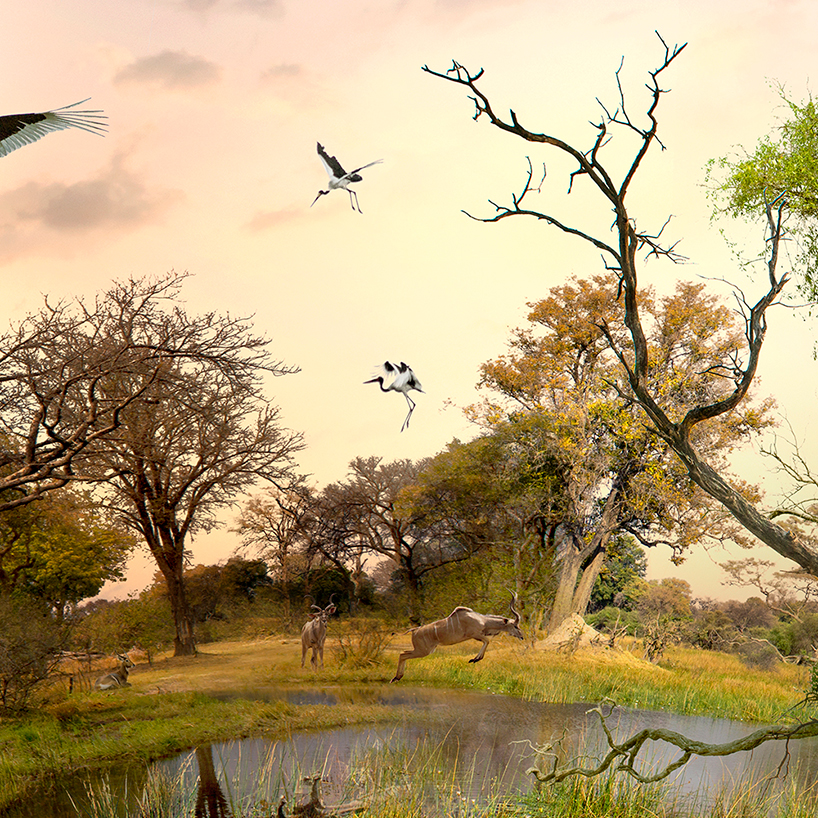 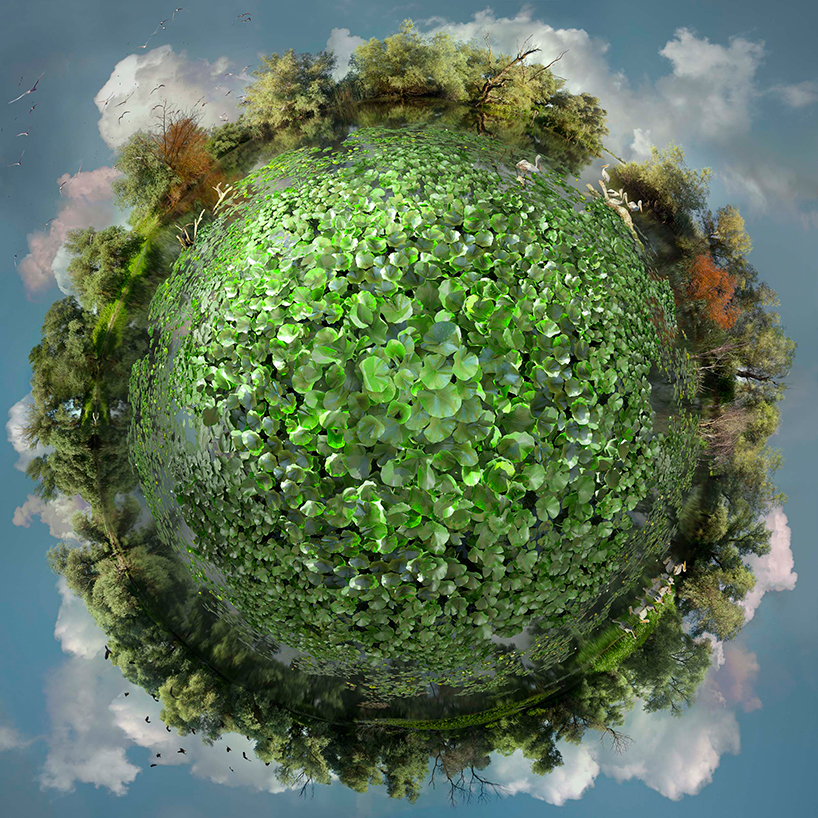 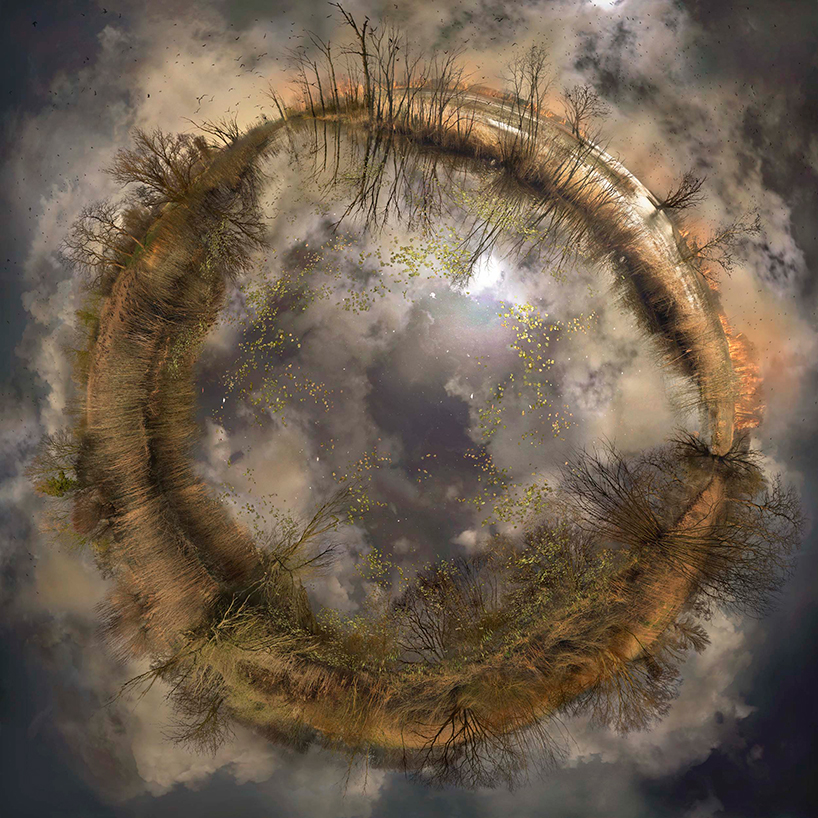 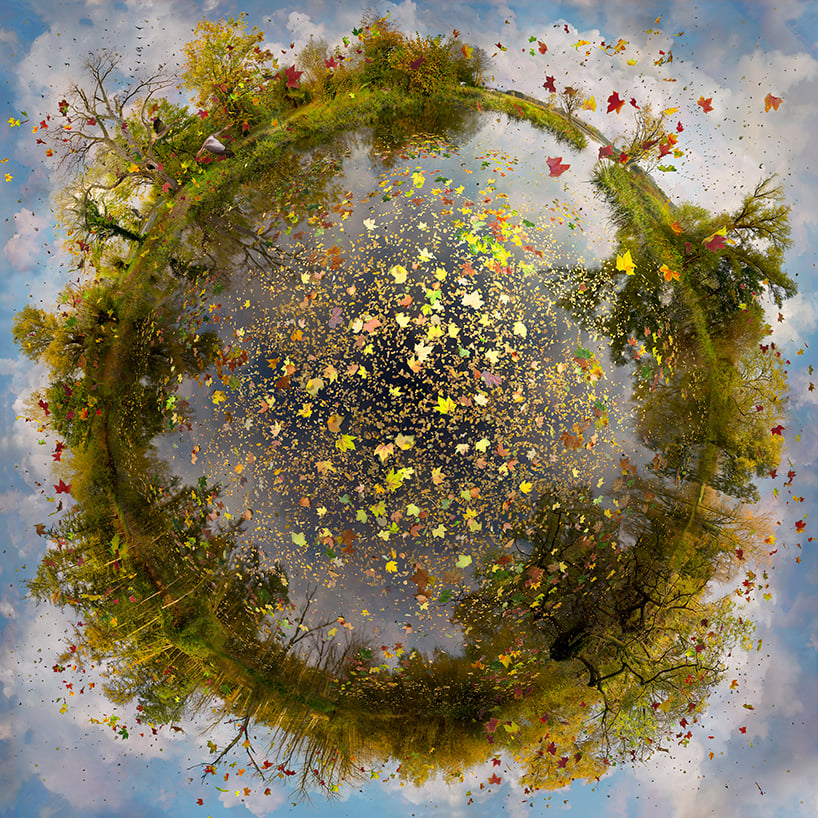 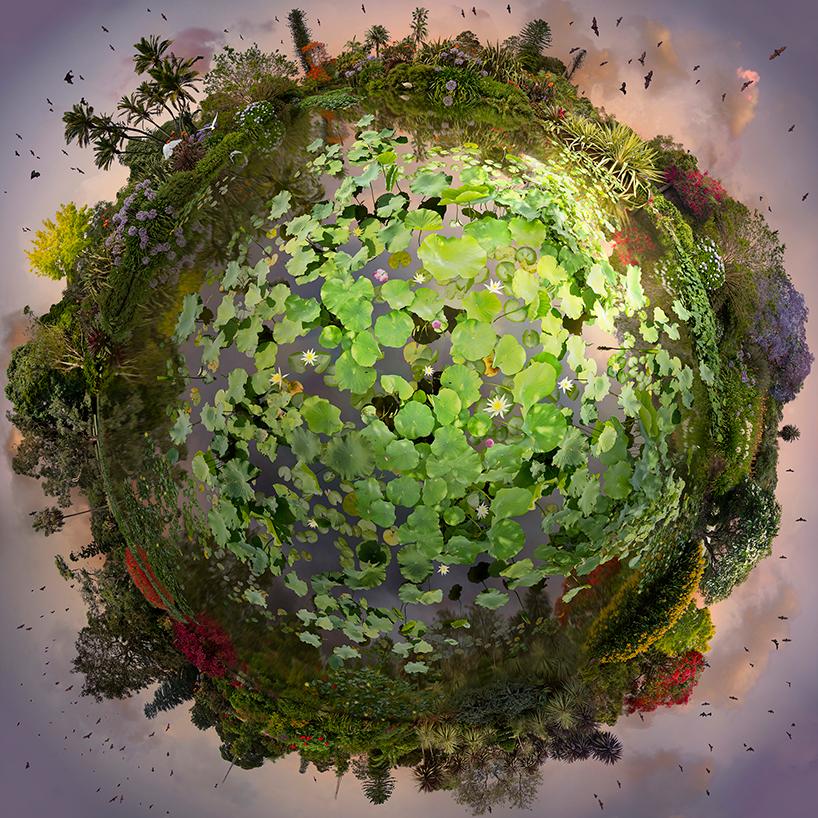 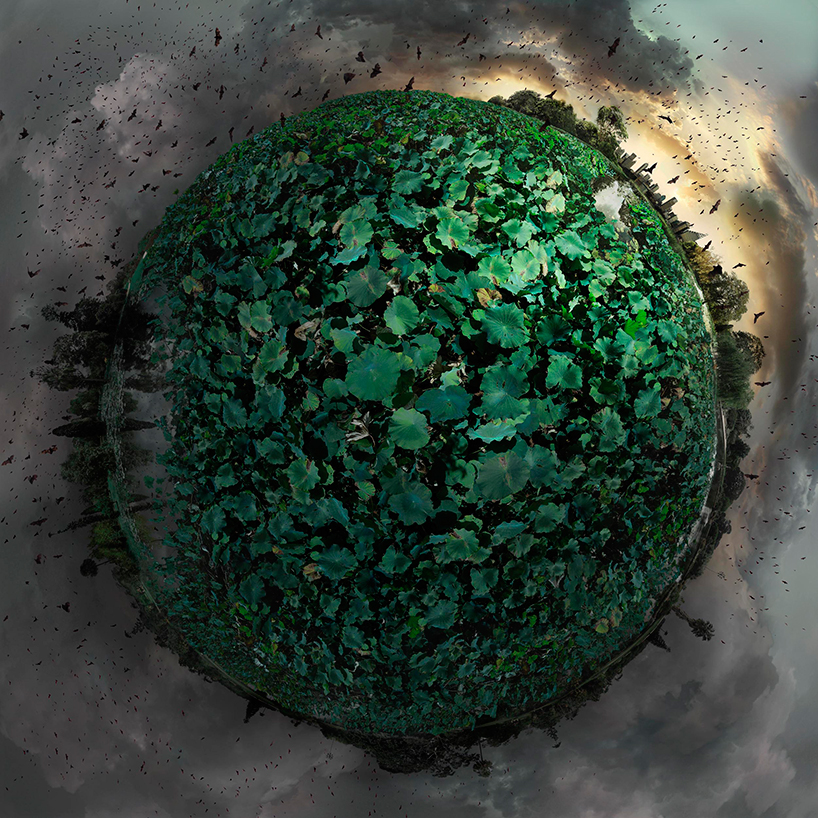 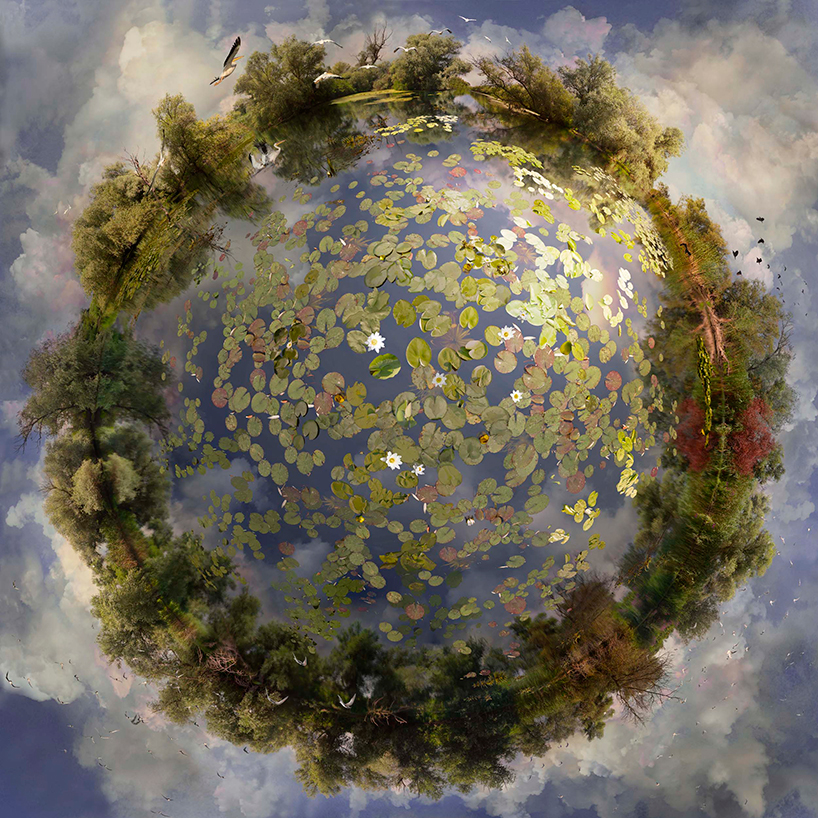 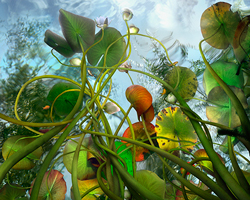