‘blue lilac’, of the ‘flowers series’ by cecelia webber

hands are reconceptualized as seeds and legs as leaves or petals in the photographic compositions created by los angeles-based artist cecelia webber, in which images of flowers, leaves, and butterflies are assembled from hundreds of photographs of the nude human form.

each composition can take up to two months to produce, and involves photographing scores of poses; digitally cutting, rotating, and colouring the resulting images; and assembling all of the components together into the finished piece. because even slight nuances of colour and form become magnified in their final context, webber frequently takes more than fifty photographs of a single pose to achieve the desired form. the artist also regularly uses herself as a subject, setting a camera timer and then orienting herself for the photograph. 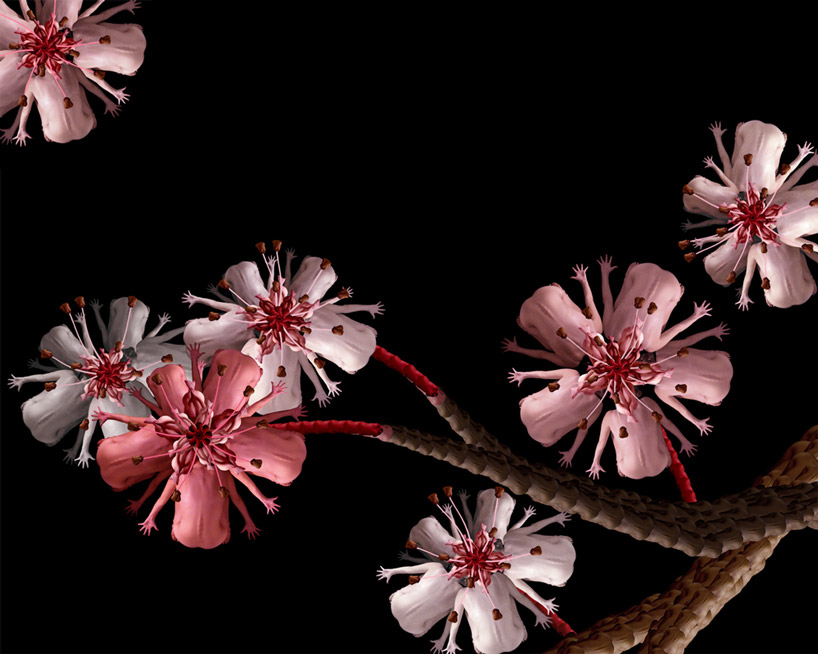 ‘cherry blossom’, of the ‘flowers series’ 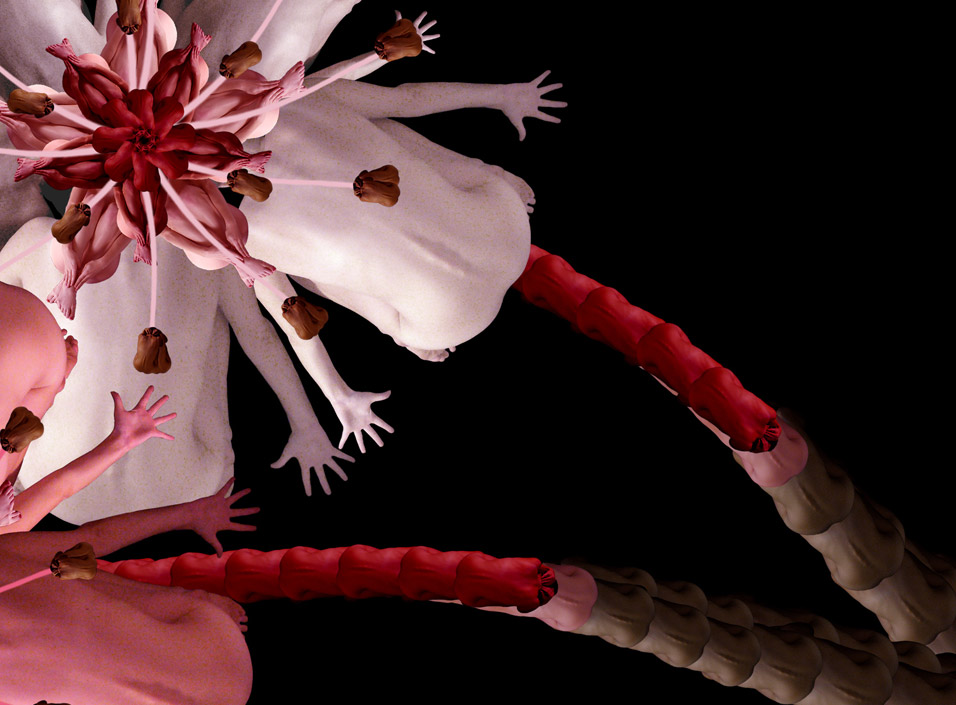 ‘the most difficult part,’ webber reflects, ‘is orchestrating the relationships between the different poses, and thinking of the human body as a three dimensional object collapsed into a 2D plane to form a shape.’

the production process necessarily involves significant sketching and planning to envision the poses required for the final image, but the final works also reflect an openness to experimenting with unexpected forms and relationships that arise during the process. in fact webber first began producing the series upon noticing the similarity of the human figure to a flower petal as she was taking an ordinary series of nude photographs, and began experimenting to see whether she could recreate an entire flower. 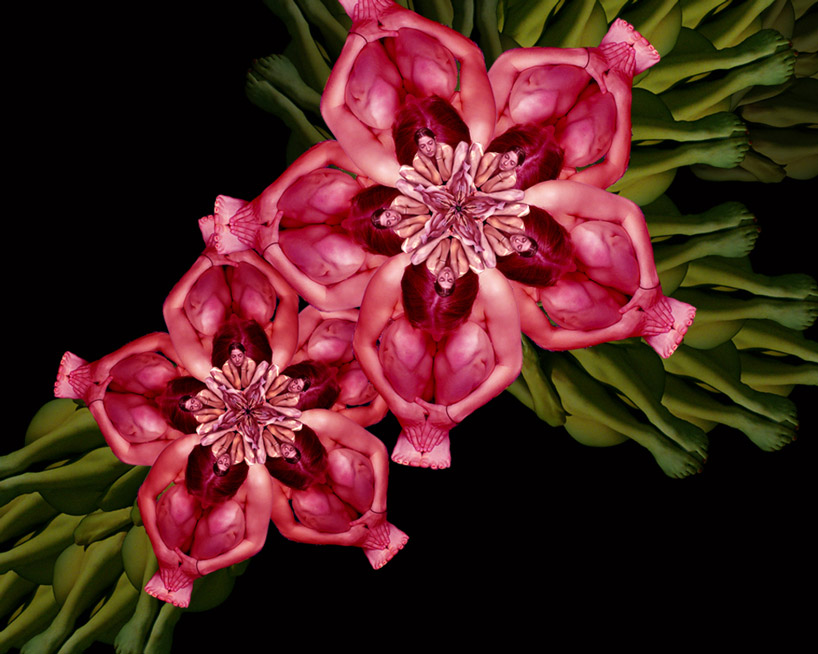 ‘jungle pink’, of the ‘flowers series’ 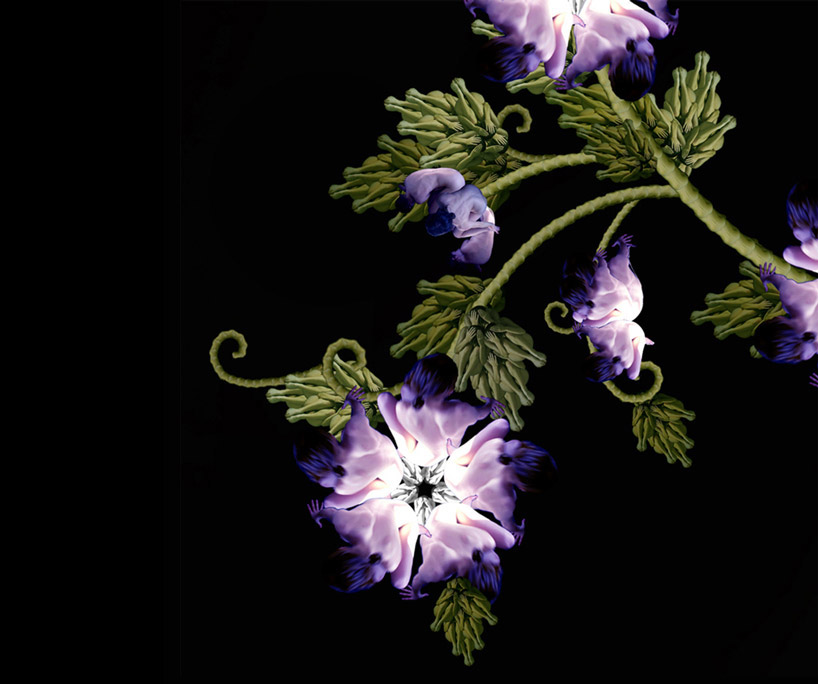 ‘purple flower’, of the ‘other flowers II’ series 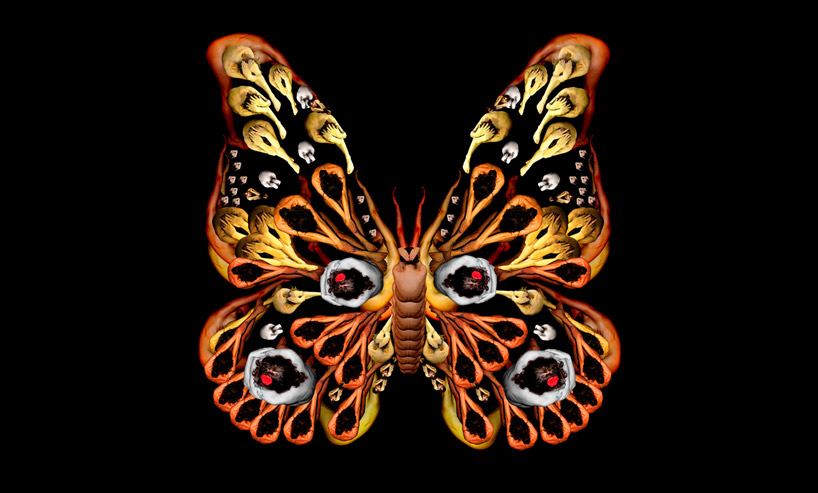 ‘monarch’, of the ‘butterflies’ series 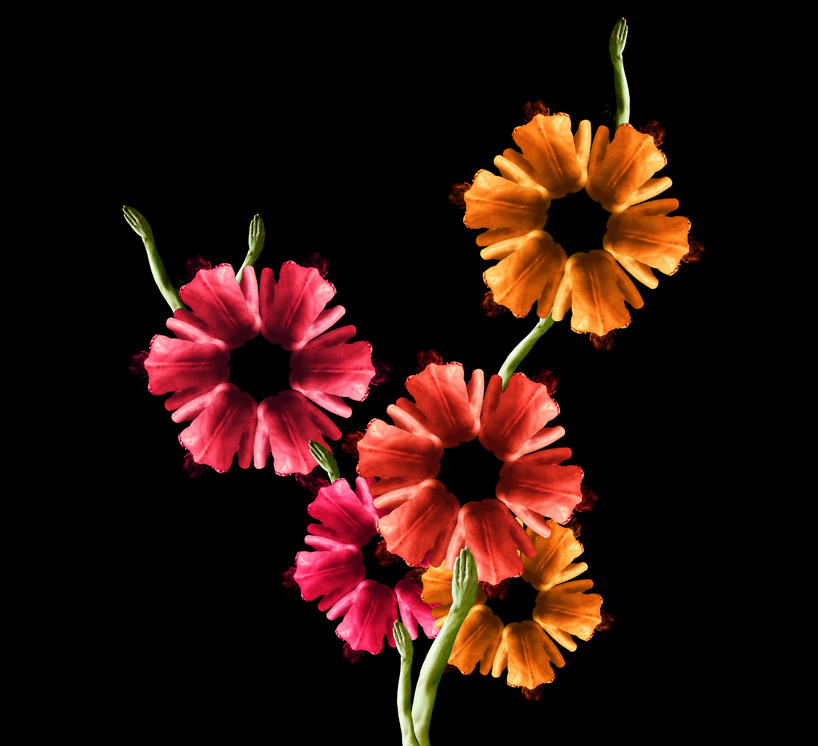 ‘gerbera’, of the ‘other flowers I’ series 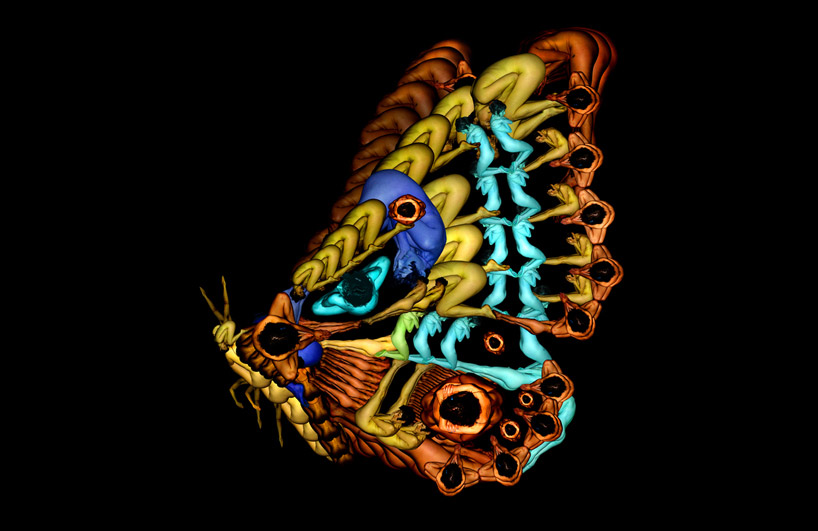 ‘vivid’, of the ‘butterflies’ series 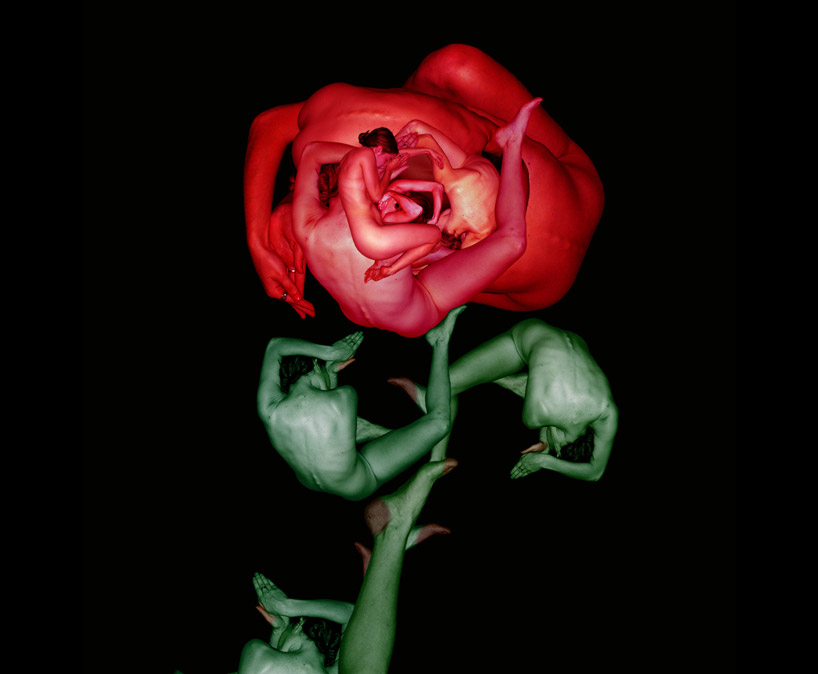 ‘rose’, of the ‘other flowers II’ series

conceptually, the pieces are rooted in a desire to encourage the rethinking of the human body, recontextualizing it into the natural world of which it is a part:

‘nudity is sometimes thought of as a shameful thing, inspiring guilt or fear,’ webber notes, but fundamentally our body is the ‘medium through which each of us experiences reality, and the complex relationships within the body and its environment create the human psyche.’ 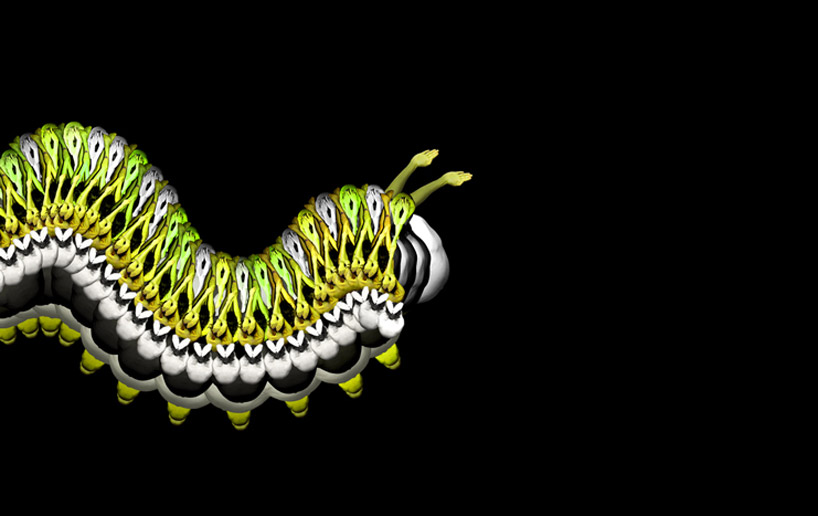 ‘traveler’, of the ‘butterflies’ series 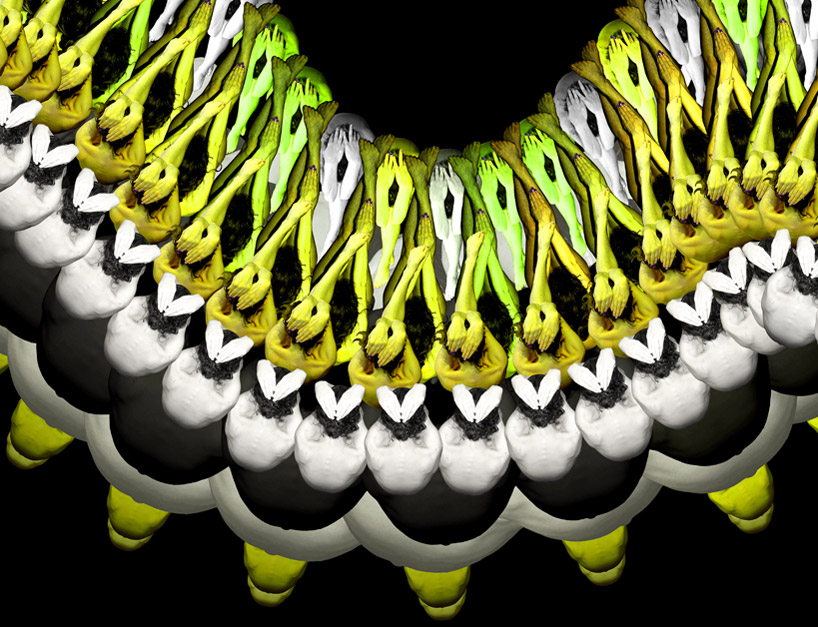 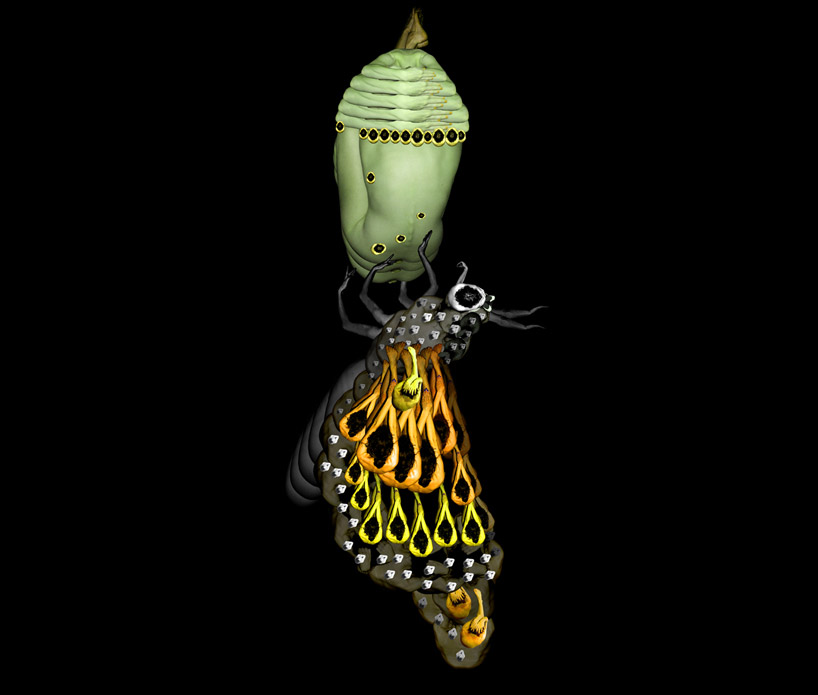 ‘chrysalis’, of the ‘butterflies’ series

limited edition prints of the ‘flowers’ and ‘butterflies’ series, as well as custom commissions, are available through cecelia webber’s website.